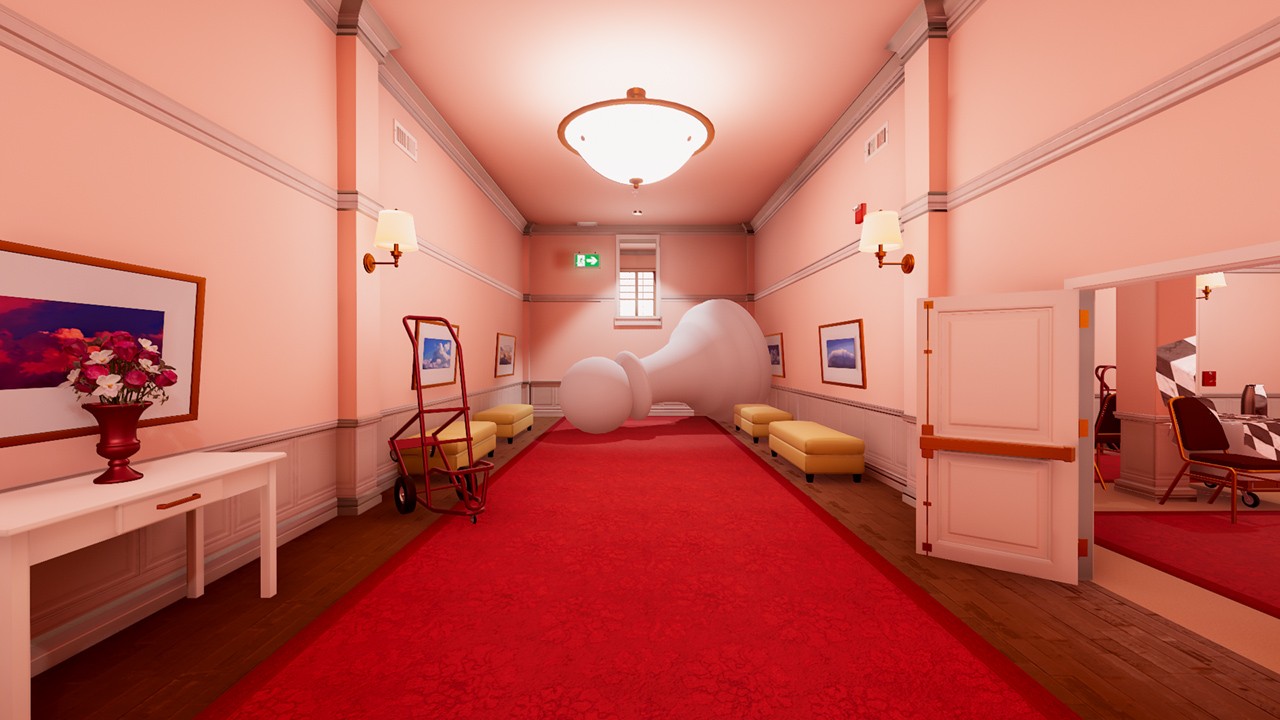 One of the many reasons I play games, like so many others do, is the escapism and perhaps deep dive into a world you could not otherwise experience. Superliminal is an exploration of the mind with an emphasis on the imposed restrictions we place on our abilities. Problem-solving is one thing, but translating that to a control system that isn’t always intuitive was either intentional or a fundamental flaw.

Superliminal is one of those games that appear only once in a while. At least in the sense that they get noticed, as this feels like an indie title with its high concept. The emphasis with the game is interpretation and believing what our eyes see over what actually is in front of us. In this sense, the areas you explore in the game rely on physics, and illusions that trick us into thinking something is distant, when in reality, it’s right next to us.

Because of the limitations of the Switch, I wasn’t blown away by the visuals (they’re better than most first-person perspectives), but the tricks used were eye-openers and encouraged thinking outside of the box. Unfortunately, though, applying your methods is only within the realms of the developers’ blueprints. For the bulk of the game, it’s object manipulation. Placing items on top of one another to reach another area or throwing them to create a new path is a lot of what you’ll be doing in the game (plus rotating objects on their axis so that they fit accordingly). 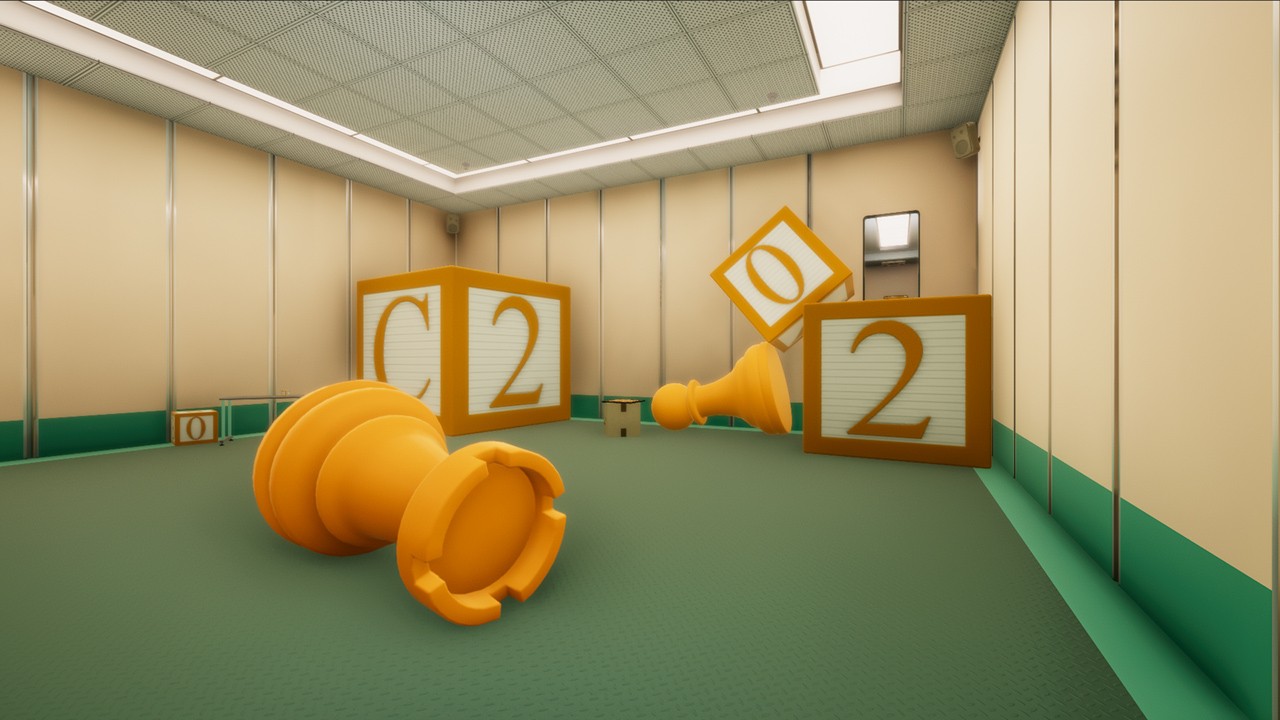 In terms of story, you’re a test subject who has signed up for the Somnasculpt dream therapy programme. After physically signing the contract, you find yourself in a series of rooms and corridors, exploring ways not necessarily to escape, but reach the next point. It’s like The Crystal Maze without a timer, but the focus here is primarily physics-based puzzles and optical illusions from a first-person perspective. The controls are relatively commonplace as any other first-person title, with a focus on object manipulation; shrinking it, rotating and placing in various locations to activate switches or revealing a new path.

I wasn’t entirely sure if Superliminal was supposed to be as calming as it was thought-provoking. In quite a few of the rooms I found myself mildly irritated that I couldn’t explore my ideas, and that in many respects, the game was quite a linear experience. However, it plays to that advantage as the ‘set pieces’ are fascinating. They had me questioning reality for a few too many moments, so in that regard, the concept shines through. What frustrated me though were the limitations – that there was usually only one solution to a problem, and occasionally, I wasn’t able to fulfil the room puzzle due to a mild glitch. At one point I genuinely thought the game was broken when items change size without you being the instigator of the change. So much so, I restarted from a few checkpoints, just in case, soon to realise that the game wasn’t broken, but I wasn’t thinking the way I was supposed to – as confirmed by the voice-over in the game, and not my inner voice. 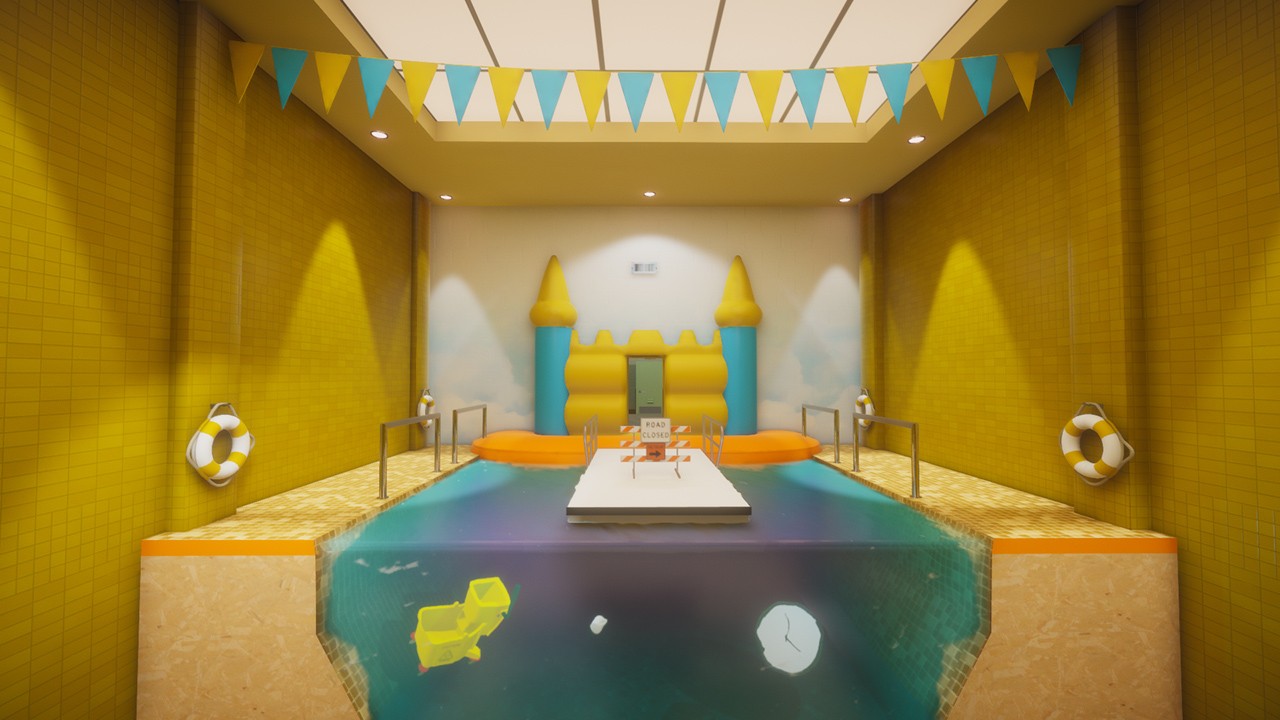 Again, the visuals aren’t that bad, and some areas were captivating, but once you’ve solved the puzzle, there’s not much scope for repeat plays. That said, addressing each problem gave me plenty of satisfaction; giving the delusion that I was smarter than I actually am. In that respect, I felt like the test subject in the game and mildly paranoid that my results were being beamed back to the developers, chuckling to themselves that I didn’t ‘get it’. The dialogue in the game is voice acted and does the job, but nothing particularly memorable.

I was hoping to get lost in Superliminal, and while there were more than enough opportunities to be wowed with these interactive optical illusions, often I was unsure of what I was supposed to do. This is the epitome of discovery, but as covered above, there are quite a few sections that aren’t entirely clear. Then again, that boils down to this being a relatively high concept title. How do you best represent a lucid dream, making it compelling enough to see it through to the end to make sense of it?

On that basis, Superliminal has enough driving force to stick it out, but while this could be completed in a sitting, I’d prefer to opt for playing it in small doses. If you get through about the first dozen or so rooms with no issue, then go for it – blast your way through. For me, I needed the break away to come back with fresh eyes. Often the solution is a trick that is right under your nose. But one thing is for sure: this isn’t a game about flukes – you do need to be deliberate in your plan of attack.

Superliminal is a very interesting approach to the puzzle genre by exploring dreams and how our eyes can be deceiving. High in concept, it does lack the freedom to think outside of the box, but still worth tackling how you perceive things on face value.