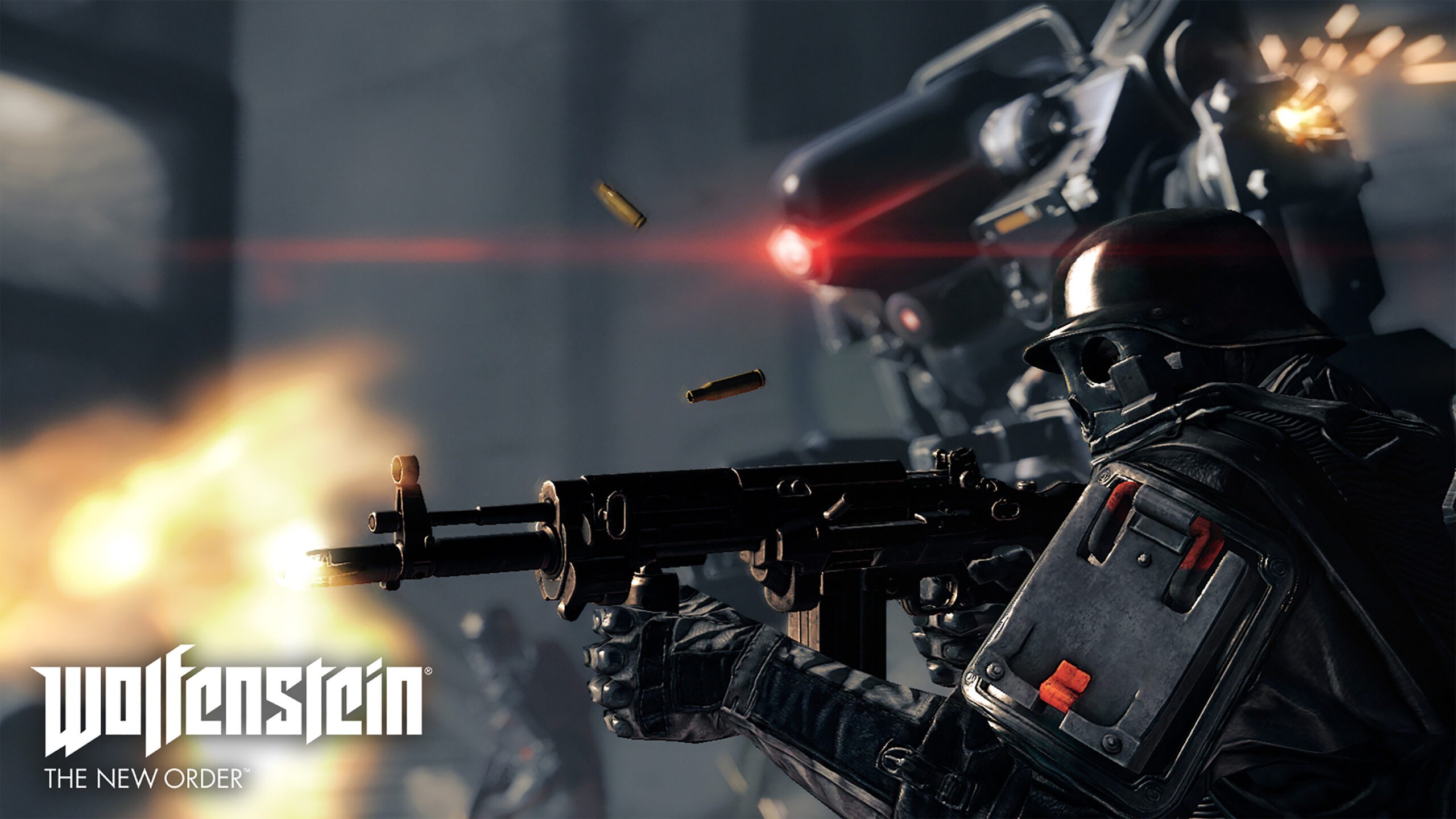 Wolfenstein: Alt History Collection is the best possible way to immerse yourself in an epic first-person shooter adventure which is played out in an alternate universe when the Nazis have achieved domination over the entire world. Kill your way through the Nazis in these critically acclaimed titles from the Wolfenstein franchise. The collection will contain the following titles: Wolfenstein: The New Order, Wolfenstein: The Old Blood, Wolfenstein II: The New Colossus and the Co-Op experience known as Wolfenstein: Youngblood. What awaits you in the Wolfenstein: Alt History Collection is the brilliant storytelling combined with the unforgettable characters and the action-packed Nazi slaughtering. Prepare yourself for a grand experience as you witness the war that torn Europe apart in the 1940s and to the fascist packed streets of Paris in the 1980s. Meet new allies and fight back the Nazi war machine! I will give information about the collection and hope to answer your question about whether it is worth the money.

I think Wolfenstein: Alt History Collection is one of the best ways to access the franchise due to the discounted price. For those unfamiliar with the Wolfenstein genre, the gameplay revolves around attempting to stop the Nazi forces from their world domination. And it is up to you to stop them! In 3 of the games, you will take the role of William “B.J.” Blazkowicz, who is the main weapon of the resistance as a Nazi slaying machine. He is an American, but also partially Jewish and Polish. He usually likes to engage behind the enemy lines and break them from the inside. Not only does he fight ordinary Nazis, he also encounters biotechnical experiments, and the occult caused by the Nazis. In Wolfenstein: Youngblood, you’ll take the roles of Jessie and Zofia Blazkowicz in a fight against Lothar Brandt and Julie Brandt. 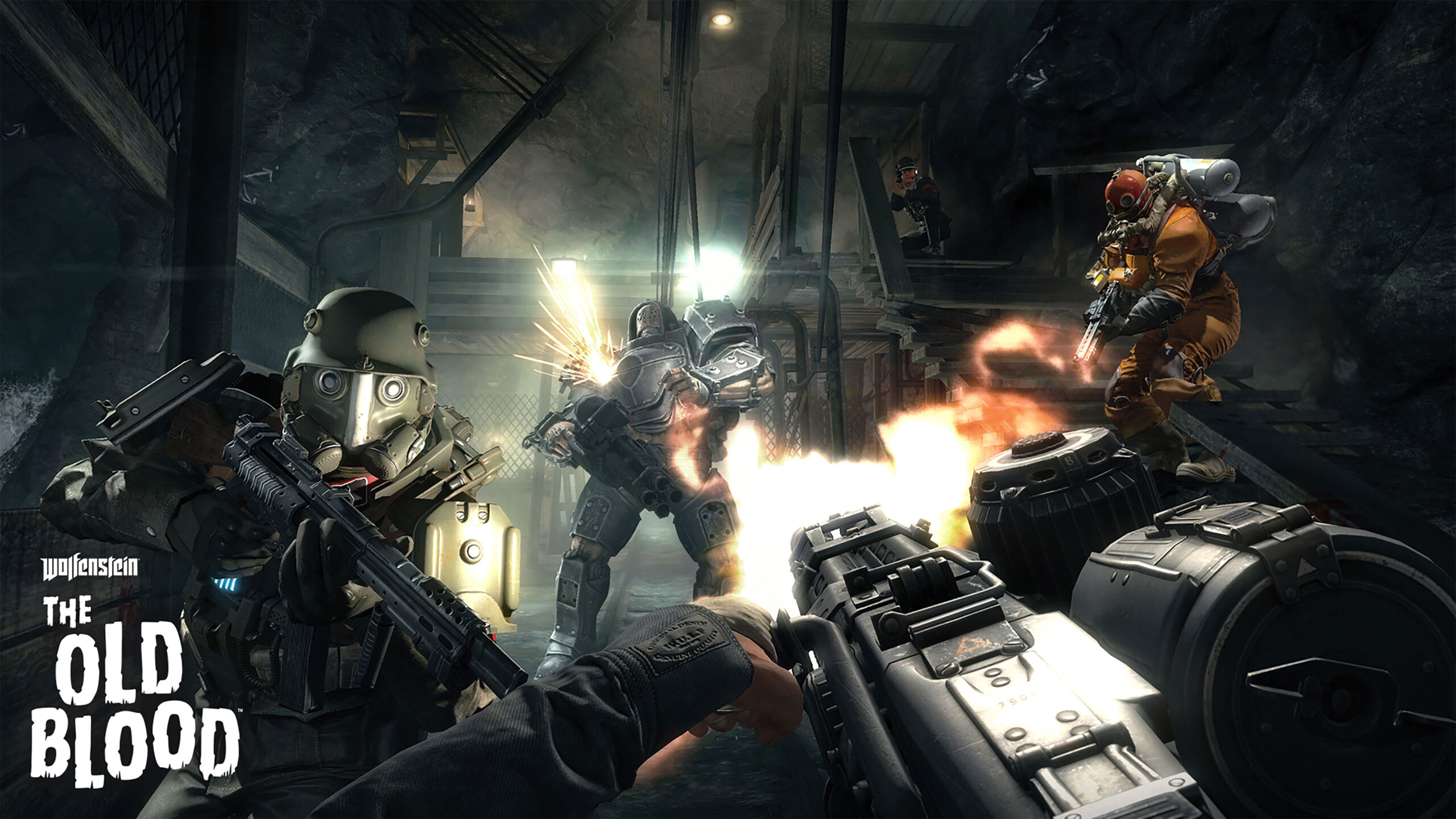 Wolfenstein: New Order is the 8th game of the franchise and is one of the first noticeable modern approaches to the franchise. The year is 1946 and you start off in an air raid over the Baltic Sea. You will also notice that things didn’t go as planned because of the plane crashing. You will soon regroup in order to take down a certain target in the enemy fortress. Things didn’t go as expected and the members of your group reduced as you made progress. You and your fellow soldiers got captured by the general and has been thrown into a big room that functions like an incinerator. But with some quick thinking, you have found a way out just in time. But unfortunately enough, you’ve been injured and knocked unconscious for approximately a decade. You’ve spent most of your time in an asylum in Poland, not being able to move but vaguely aware of your surroundings. One day, the Nazis came in to shut the place down with guns in their hands. As soon as you became a target, you turn the tables and you are back in action!

Before all of that went down, you can see what led up to that point by playing through Wolfenstein: The Old Blood, which is a prequel. The story follows William “B.J.” Blazkowicz and his attempts to discover a Nazi compound. It has taken a slight change in gameplay compared to Wolfenstein: The New Order, but no major changes. What was better about Wolfenstein: The Old Blood was the balance between the stealth and action sequences. Neither of those felt more overwhelming than the other. Onto Wolfenstein II: The New Colossus, which takes place in the year 1961 and follows William “B.J.” Blazkowicz and his crew who are trying to take down the Nazi regime in the USA. It’s also the ultimate experience if you choose to dual wield weapons for maximum Nazi slaying enjoyment. The development team also tried to make the player more familiar with Blazkowicz as a person. Wolfenstein: Youngblood takes place twenty years after the events of Wolfenstein II: The New Colossus. Take control of either Jessie or Zofia with a friend or by yourself! If you play alone, your friend will be replaced by an AI that will substitute. Jessie and Zofia are the daughters of William Blazkowicz and Anya. In the year 1980, William Blazkowicz suddenly disappeared and his daughters soon found out that he was going to Neu-Paris in order to meet up with the French Resistance. The girls stole a helicopter and grabbed some power suits and soon headed towards France. 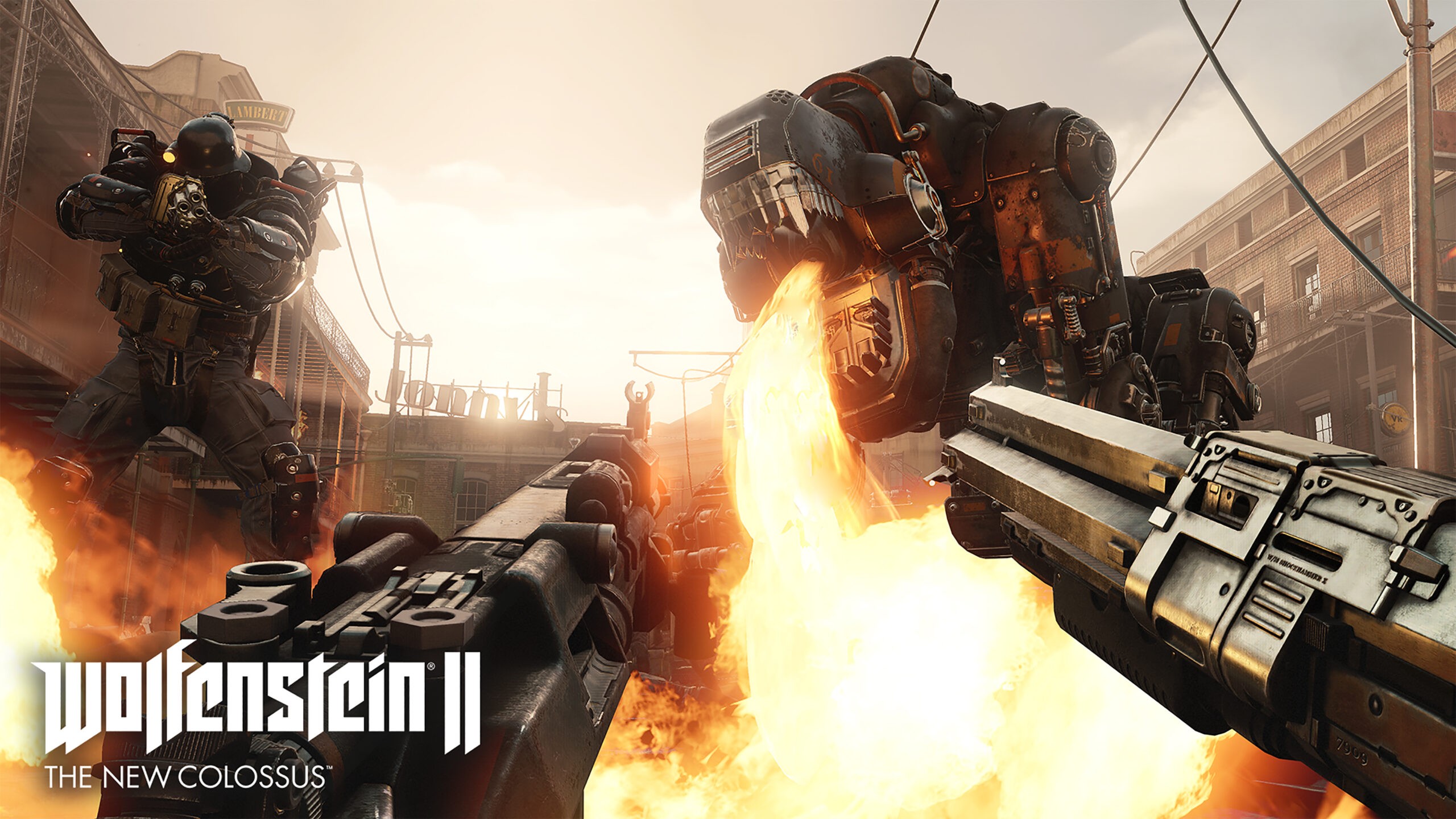 The games all run really well and they look great, especially Wolfenstein: Youngblood because of ray tracing. The atmosphere is just right across all the games, and it doesn’t change very much. The colour scheme is usually dark and adds a nice touch to the atmosphere. Other than that, there really isn’t that much of a change with the graphics. Gunplay feels smooth and satisfying across all the games. Being able to dual wield guns really feels nice when you shoot down Nazis! And the variety of guns you can choose makes it a lot better! The franchise plays just like any single player first-person shooter! It’s easy to navigate around and also gives you the option to choose between different difficulty settings. A perfect example of such is the infamous “Mein Leben” difficulty from Wolfenstein II: The New Colossus. It is known for being difficult and unforgiving, which is true! If you just want a casual experience, I would highly suggest going for the easier difficulties. The developers have also done a fantastic job with the soundtrack. It fits perfectly to the dark setting across all the games. The only reason to replay the Wolfenstein games is for the story and achievements. I would love to go back on another journey and experience these games again!