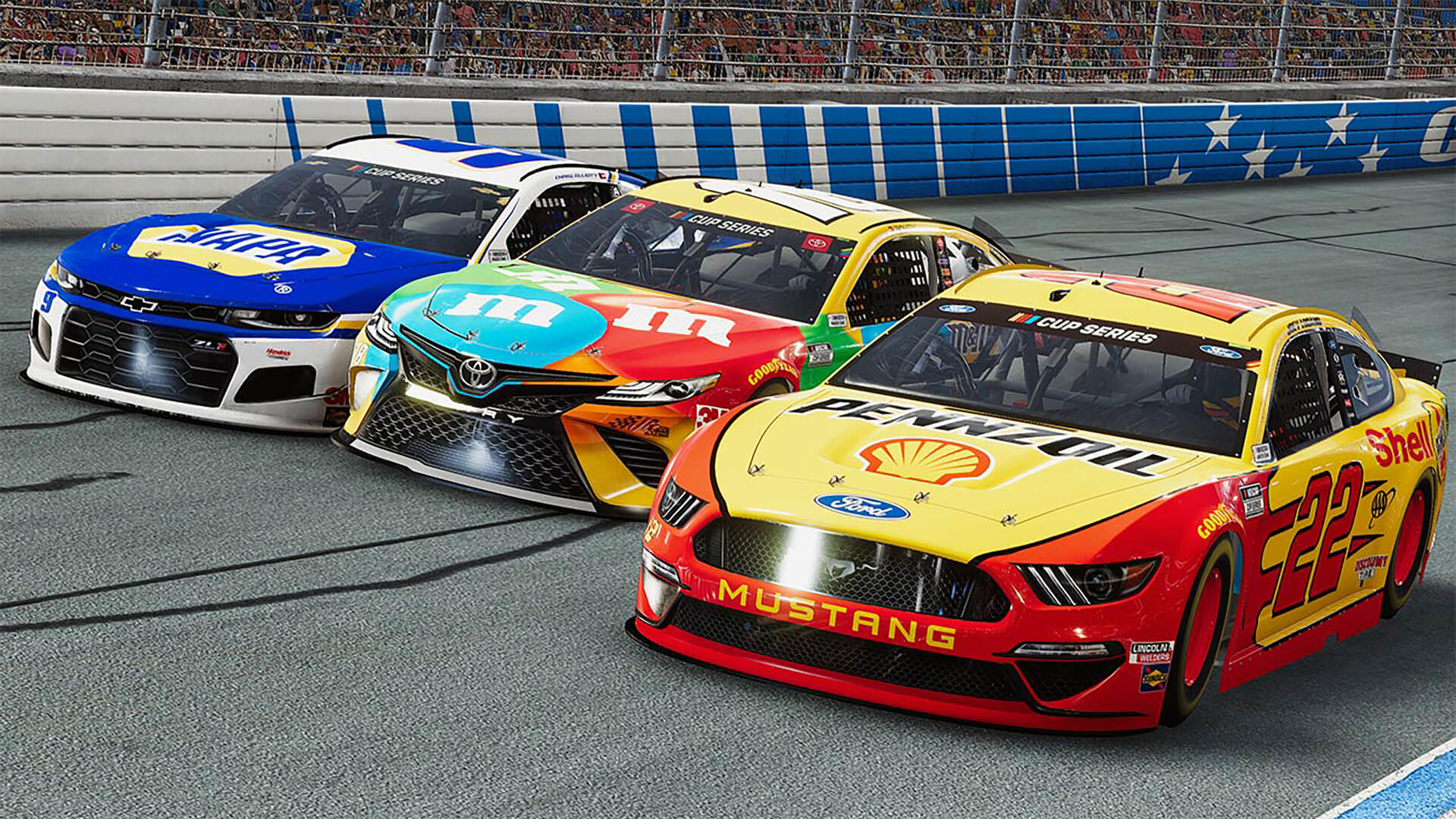 I’ll go ahead and state that racing games aren’t usually my go to game of choice, but I know a fantastic racing game when I see one. I’ve grown up with the Gran Turismo series consuming my teenage years and even Toca Touring Cars if you can recall that back in the Playstation 2 era and probably my first taste at online racing. The kids of today won’t know how rough we had online gaming back then, 512kbps broadband connection and a network adapter that you had to purchase separately and screw into the rear of the console with a ten pence coin and 20 metre ethernet cables everywhere as WiFi connections weren’t a thing back in the early 2000s. Now we are spoilt for choice with racers, we have the elite of racing games which are the Forza track racers or the Horizon spin offs which excel in open world racing, Project Cars is another solid contender, Dirt Rally holds up well in the rally field and finally the fantastic F1 titles for the formula one fans.

Now NASCAR isn’t a thing here in the United Kingdom but it is exceptionally huge in the United States of America, Canada and Mexico and apparently certain locations in Europe. I can see why it has a huge following with so many vehicles hitting maximum speeds so closely knit together. Just being part of the crowd on top of the racing arena must be almost as exhilarating as being a racer, but without the responsibility and significant risk factor. NASCAR Heat 5 is now available on Xbox One, Playstation 4 and PC, it is developed by Motorsport Games and published by 704Games Company. It intrigued me if a game which is essentially just blasting around a speedway in a stock car could be genuinely exciting and fun and something with as much longevity as another racing game of similar value.

There are several options to choose from when you first boot up the game with a satisfying soundtrack ticking over in the background. You’ll be able to practice and have a bog standard race, campaign mode and multiplayer is all here as to be expected with a game of this calibre. I thought the campaign was the obvious choice to start off with and you’ll begin this with the creation of your character which I thought was particularly in depth for a game like NASCAR. I can’t recall other racing games having this level of creation, so hats off to the devs here. Once you have picked your name and finished your character customisation, it will set you off on your personal NASCAR journey. As with campaign games in other sports titles, in this one you’ll start as an amateur driver, you’re aiming to build your stature to climb the ladder like the Conor McGregor of the NASCAR world. 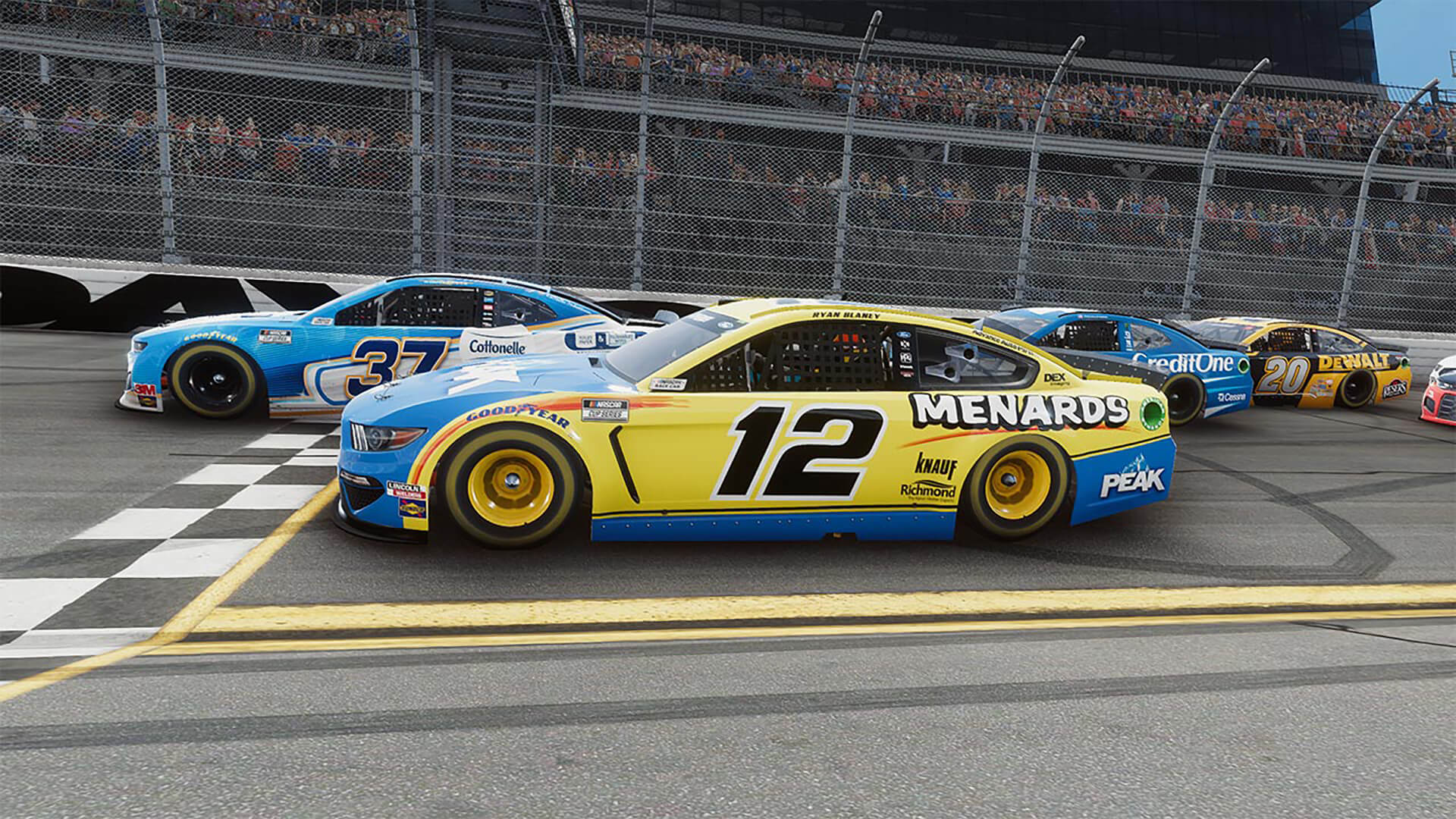 You must partake in beginner and semi-pro events before you even contemplate hitting the big stage. The first part of the campaign sets you off with a bit of practice on a dirt track with an adapted dirt track vehicle which doesn’t handle particularly well. There is also a chance to play with other vehicles through some other events before moving on to the stock vehicle world of NASCAR. Working through the events and seeing my progress through the dialogue between events and building my career and reputation was actually rewarding and forgiving.

You’ll be able to gain sponsorship offers. Also, you have the opportunity to impress teams with offers by performing well. Sometimes these are one time offers so it adds some increased pressure, but this is a fantastic thing. Driving around a fairly straightforward track at speed isn’t actually as easy as I thought it would be. Maintain speed, negotiate passing closely knit vehicles without causing a path of destruction and potentially ruining your own race. You can of course accept offers of sponsorship and contracts and also look to improve on the current ones as you progress further on your driving adventure and if you get rich enough, you can create your own team which was a lovely feature to build your own brand.

NASCAR is like Formula One in the way that you can practice before the event, then take part in qualifying before the full event takes place. The races themselves don’t last too long, I’d say around the six-minute mark, which is obviously a scaled-down version to suit the game rather than the full realism of the sport. There are obviously different tracks in various locations across the world, even if the track shape is almost identical the setting differs. What I noticed was that the frame rate suffered significantly when there were 40 vehicles on the track at once and some noticeable screen tearing. I attempted to dismiss this, but it was quite frustrating eventually as I didn’t think it would happen on a game that wasn’t overly demanding apart from the number of vehicles on screen at once. This area certainly needs some work on a future patch for sure. 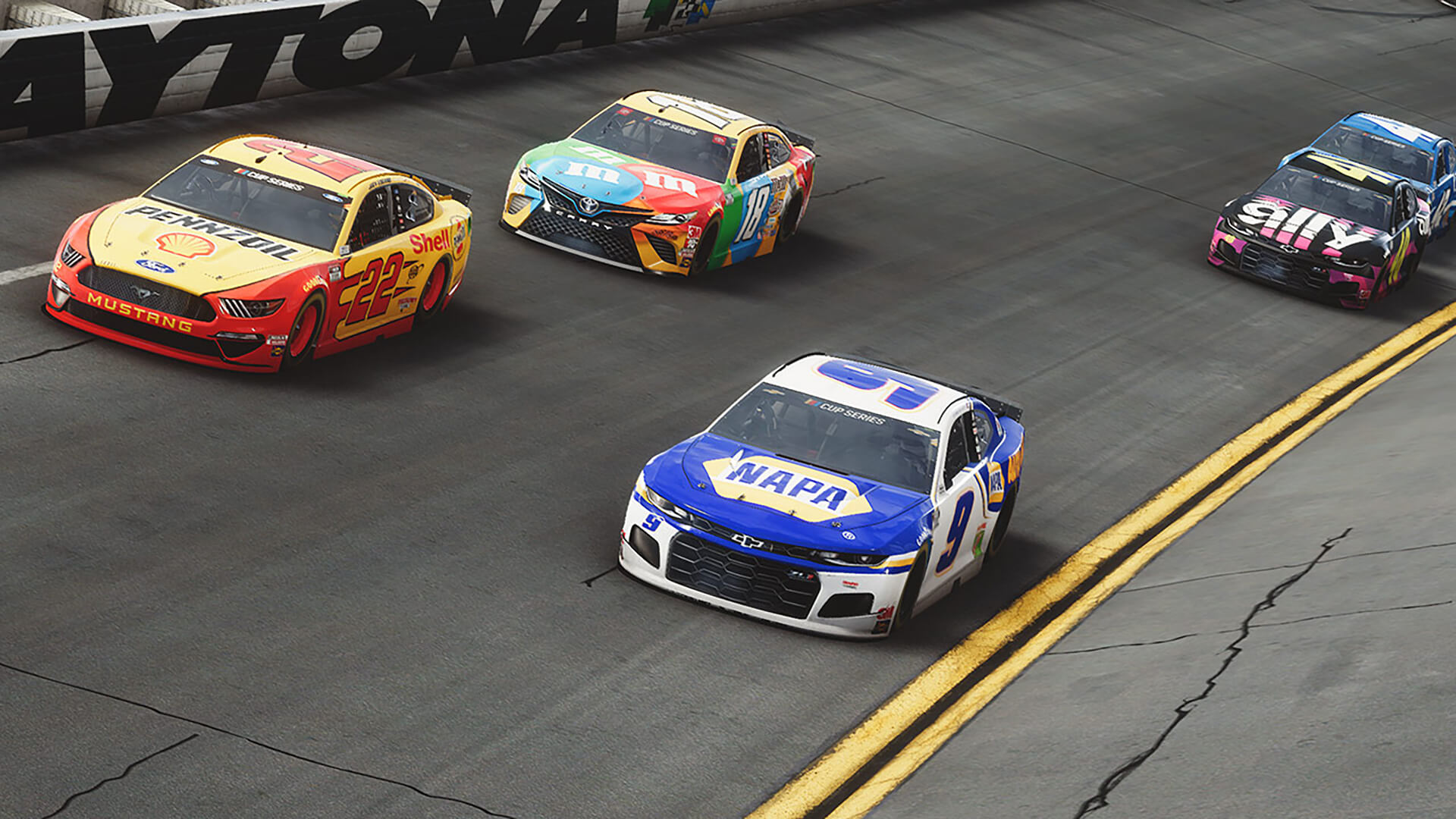 The controls are fully customisable and as far as I’m aware it is utilised and adapted to accept steering wheels for those hardcore racing fans out there. I was surprised at how much fun I had with the career mode, and the fun factor at coming out on top was a challenge most of the time. There are so many racing games out there that get stale quickly because of how easy it is to win a race. After spending a fair few hours in the career mode, I jumped into some multiplayer action. The menus are fairly simplistic and you’ll be able to scour lobbies in which you’re free to join if the host hasn’t locked it out or it’s already full. There is also an Esports section here, which I believe is a feature they bought with the last title where anyone has the chance to enter and try to show their skills to climb the ladder to win prizes and tournaments. I always find it fantastic when a game has this already built into the game, it gives players who rarely dive in that deep on the competitive side a chance to give it a blast. Whilst player numbers were really low on the multiplayer servers in the early hours, I found races quickly and comfortably.

Overall, I enjoyed my time with NASCAR Heat 5 more than I intentionally thought I would do. It has a rich and deep career mode, several multiplayer options and modes with 39 locations to drive around at intense speeds. Brushing aside the frame rate issues and screen tearing the game is a great experience for firstly hardcore fans of NASCAR and racing fans alike. There is plenty of longevity here and whilst it’s not the best racer visually it does what it should.

The Gold Edition of the game which is what I was playing will grant you a free career booster pack with $125,000 to spend on building your team. Some exclusive features such as Tony as an in-game spotter, an exclusive career contract offer from Stewart-Haas Racing and some Tony Stewart paint schemes along with the season pass which grants you 4 additional DLC’s.

NASCAR Heat 5 will give great value to fans of the Motorsport and racing fans alike, it has a rich, detailed career mode with various multiplayer modes to add longevity.