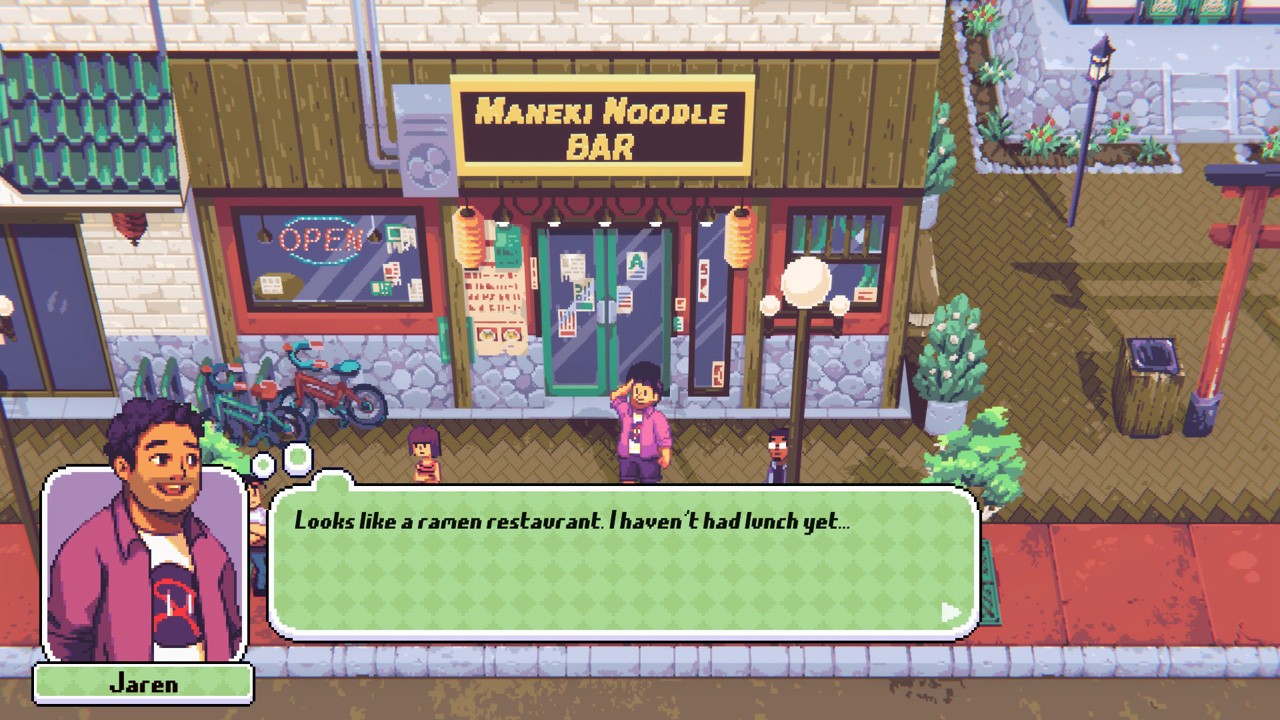 I’m a big fan of romance orientated games because I find them unusual in their deviation from the mass-market adventures of saving the world and saving the day. Dating sims always left me bewildered and confused (and occasionally horrified… looking at you My Horse Prince). But Half Past Fate offers a new spin on the romance-focussed simulation game as you explore the lives of six very different people whose lives are all touched by each other. Their six different stories are spread over twelve colorful chapters and you time-travel through episodes of their lives to uncover their individual and shared stories. Watch their love stories unfold and help them find their way to each other over this short, charming narrative-driven game.

Half Past Fate has as a non-linear narrative, that sees the player control each of the six main characters across almost a decade of their lives. The diverse cast of this adventure is incredibly well written, and it is their thoughtful dialogue, a plot speckled with tongue-in-cheek real-world references and quests which require you to explore every nook and cranny of Half Past Fate’s world. This title uses fetch-quest puzzles, as well as some variations of this form, and weaves them elegantly with the stories they inhabit. Each of the puzzles is matched with the type of character you are playing. My personal favourite character was Jaren (*ahem*, ‘Detective Jaren’) on his mission to find his missed connection, a woman he met at a tea festival. At first, I was worried about the character that was being written. Playing into the idea of the nerdy guy harassing a woman he barely knows. But Serenity Forge takes every assumption you may have a character and turns it on its head. Jaren was carefully written, intelligently crafted, and challenged expectations on how complex the characters in a short game can really be. Each of Half Past Fate’s characters created this dichotomy between assumptions and reality. Its diverse cast and the simple but beautiful story had me entirely transfixed. Whilst some puzzles were shorter and simpler, some quests required lateral thinking and I had hours of fun working out these puzzles as each of the characters. 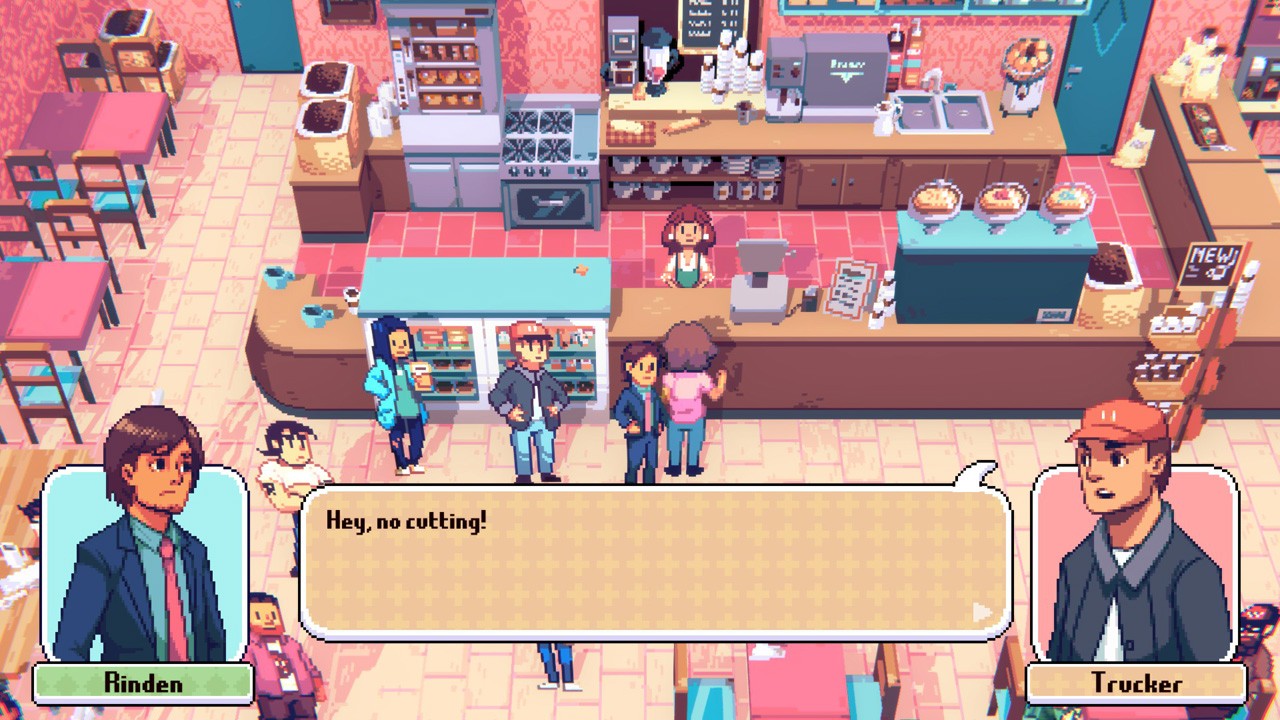 The 2D artwork is highly expressive, injecting colour and personality into its cast and the environments. The consistency and the detail put into designing each building, each feature of the game, is applaudable. I spent most of my playtime interacting with every feature of the environment, just in case it would uncover more plot or gameplay. These backgrounds and game-worlds were revisited through the game, their quality being important to the success of the time-travel focussed narratives. Sometimes the art style made it difficult to know what was important and what wasn’t, which definitely added time onto my run just trying to find individual clues or items in each area. While I didn’t spend too much time stuck and frustrated, this was definitely a problem on some levels. Sometimes you just have to talk to the same character, repetitively. That’s not necessarily a problem, and even less so for a fan of narrative games. But I can empathise with players who are used to games that are less text/dialogue heavy, and just want to move onto the next puzzle.

Half Past Fate has an inoffensive, cheerful soundtrack. Its light-hearted and sweet music selection works with the narrative and gameplay to provide a relaxing experience. This complements the artwork. This game isn’t for the thrill-seekers, it’s for those who want to sit and enjoy a great story. Each character design had personality, and the different tracks which accompanied their stories gave the characters more life and energy. While the music was not a standout feature of the game, it certainly doesn’t detriment the title. 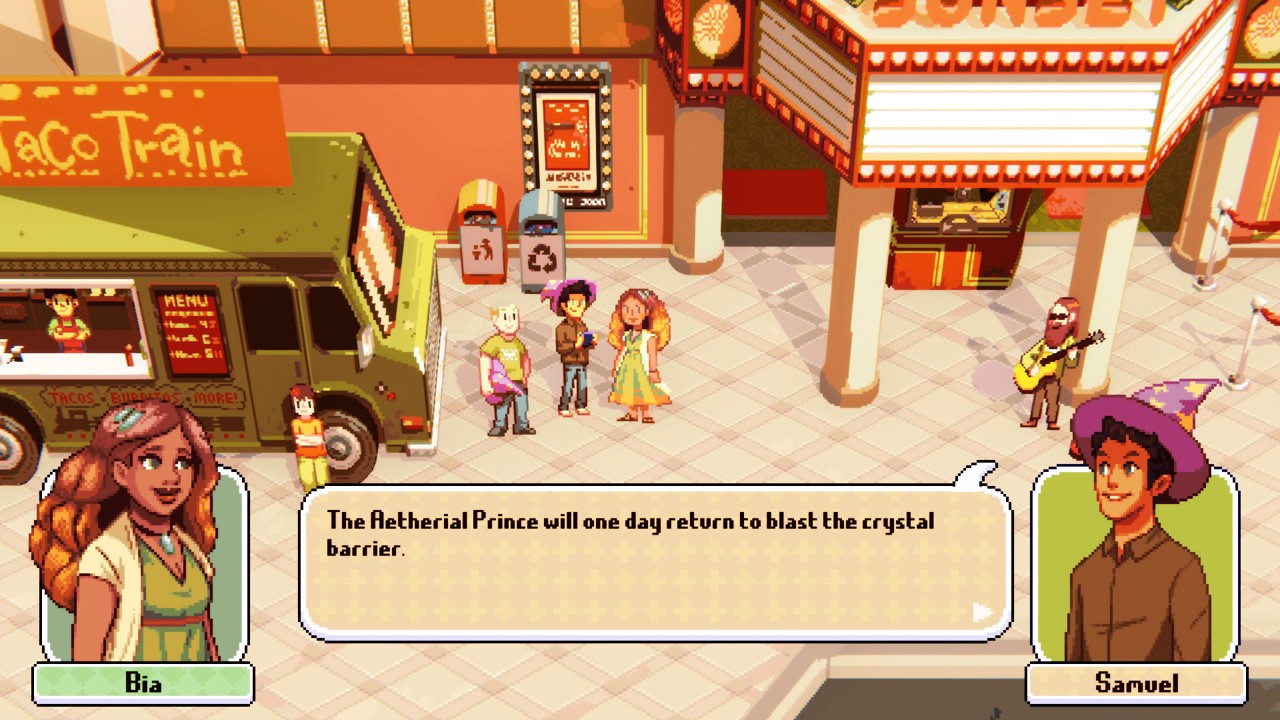 In total, Half Past Fate took me about 4 hours to finish in its entirety. This was on a rather leisurely gameplay, where I was really trying to find everything that was hidden in the story. Even so, through my playthrough, I failed to find all the achievements! While I collected a good amount of them, there were still more secrets to be found. I really think this adds some level of replayability to the game even though there aren’t many reasons someone may want to replay this story again. Nevertheless, it was an enjoyable story that will stick with me long after I have finished it. I’ll definitely be returning to Serenity Forge’s narrative genius.

The quality of this narrative rivals that of Undertale and some AAA titles. What Serenity Forge does that many indie games do not is that it does not try to contain too much narrative in a very short game. Its messages are simple, the emotions it creates are pure and relatable. Half Past Fate is an innovative, creative adventure that feels like it means something. I felt challenged constantly by the narrative turns, but never felt exhausted by the title’s intentions. Serenity Forge has done some great work here and I look forward to seeing their future endeavours.

Half Past Fate is an energetic, impactful narrative game which will challenge and delight you at every turn.