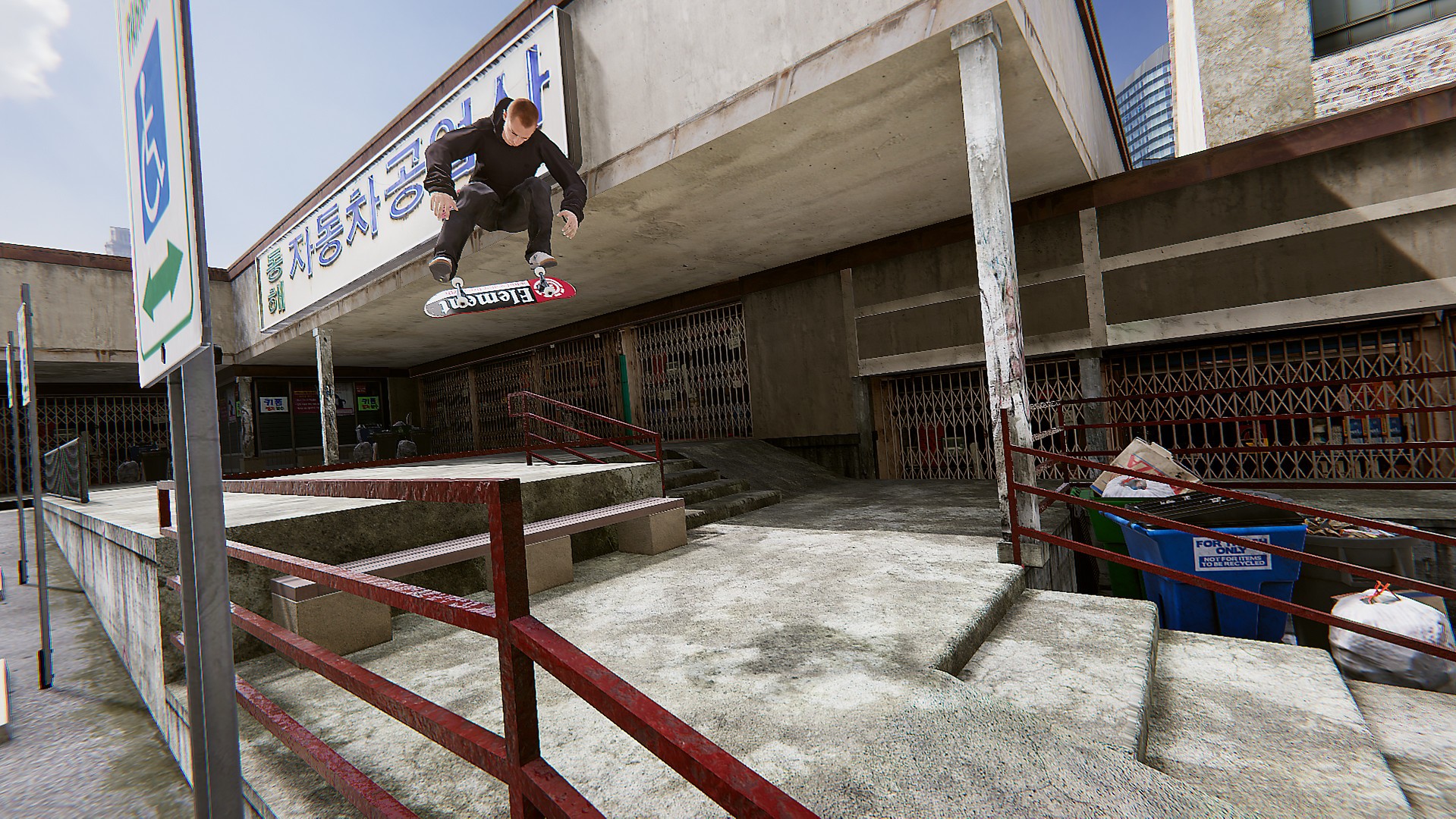 Skateboarding games are like buses. You spend all generation waiting for one and then several come along at once. With the nostalgia-fuelled remake of the classic Tony Hawk’s Pro Skater a couple of months away and EA’s much-requested reboot of the Skate franchise likely years from release, Easy Day Studios’ Skater XL has the skating spotlight all to itself, at least for now.

Expanding on the innovative flick-it controls featured in the Skate series, Skater XL gives you complete control over your board by mapping each of your skater’s feet to one of the thumb sticks. This allows you to pull off flicks, flips and shuvits with an unprecedented level of control. This means that turning, both on the ground and in the air, is mapped to the triggers which even after a dozen hours of play still doesn’t feel particularly natural and you’ll often absentmindedly try to use the left stick to turn only to initiate a trick by mistake.

Instead of just hitting a couple of buttons to pull off a massive combo, success in Skater XL requires you to truly understand the nuances of skateboarding and put in the practice. This, naturally, leads to a quite a steep learning curve, and for many the first few hours spent with Skater XL will comprise countless trips to the concrete as you fail the same tricks repeatedly.

It can all get a little frustrating, but the feeling of elation when you finally nail the perfect kickflip into a nosegrind with a 360 shuvit out is akin to defeating a tough boss after hours of attempts. It’s this high that Skater XL has you constantly chasing. 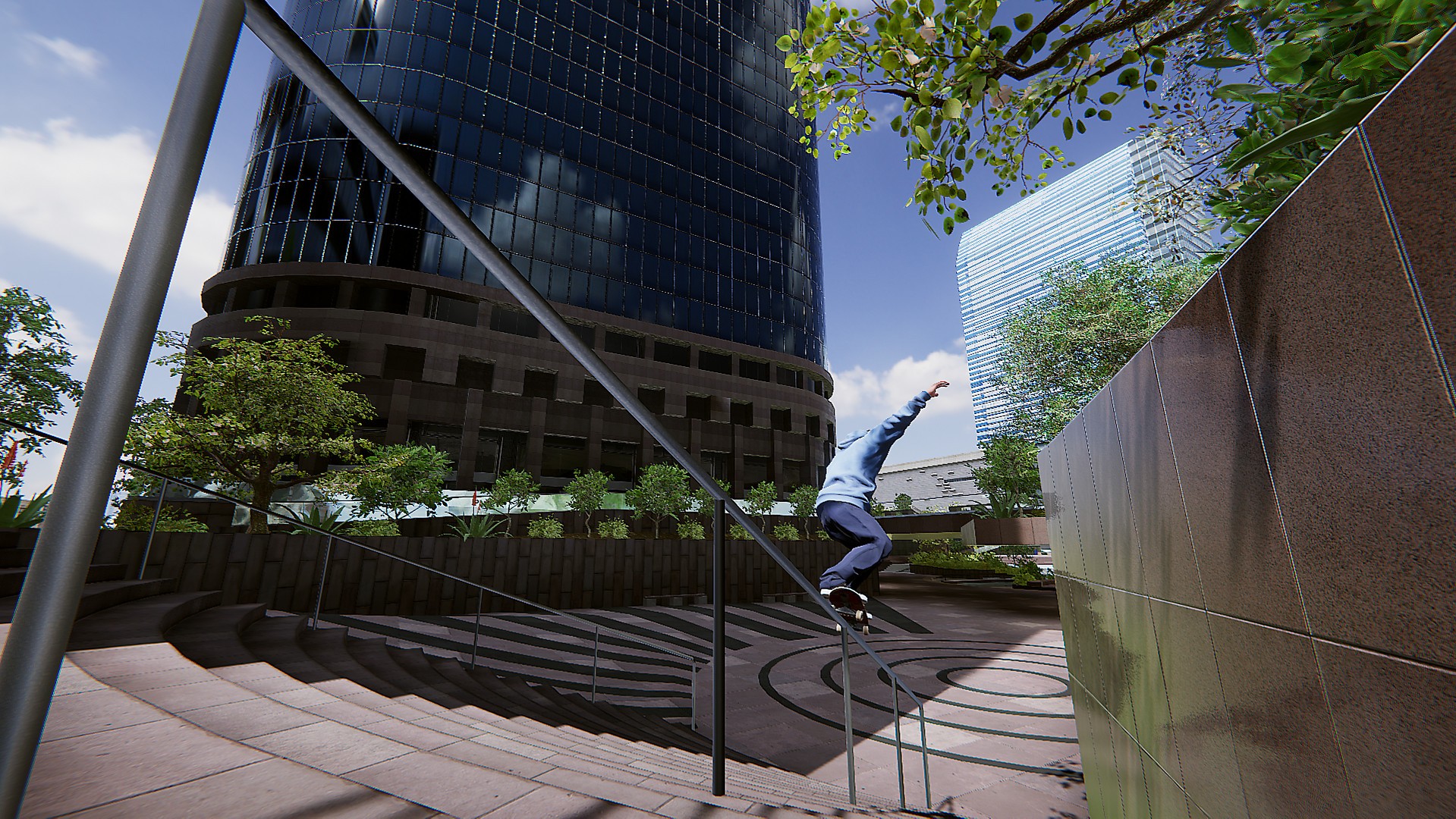 It’s a good thing that pulling off tricks and lines after numerous efforts feels so satisfying, because this gameplay loop is literally all Skater XL offers. There is no career mode, no hidden tapes to collect, no skater magazines to get on the cover of and there isn’t even a scoring system for tricks so racking up high combos isn’t an option either. Skater XL is not a game for the goal-oriented, it’s for those who simply want to put on some good tunes and spend an hour or two cruising around on a board.

There are a series of map-specific challenges to complete, but they’re all very simplistic and merely ask you to match a set of tricks at a specific spot. They’re useful for learning the ropes in your first couple of hours with the game, but you’ll likely grow tired of them after doing only a handful – the lack of any reward for completion only makes them feel even more redundant.

As a game that is solely focused on offering a free skating experience, the environments that Skater XL gives you to skate in are crucial, and in this area the game unfortunately stumbles. Skater XL has launched with five developer created maps of various sizes, as well as three maps made by the Skater XL modding community.

Some, such as Easy Day High School and Training Facility, are wonderful, the former especially is crammed full of diverse and challenging spots to skate. Some, such as the tiny Courthouse and the barren Downtown LA, feel like missed opportunities. The Big Ramp, a sort of X-Games inspired mega-park, is the worst of the bunch. Skater XL struggles with vert skating at the best of times, but this map in particular seems to have not been playtested at all such is the level of bugs and glitches present. 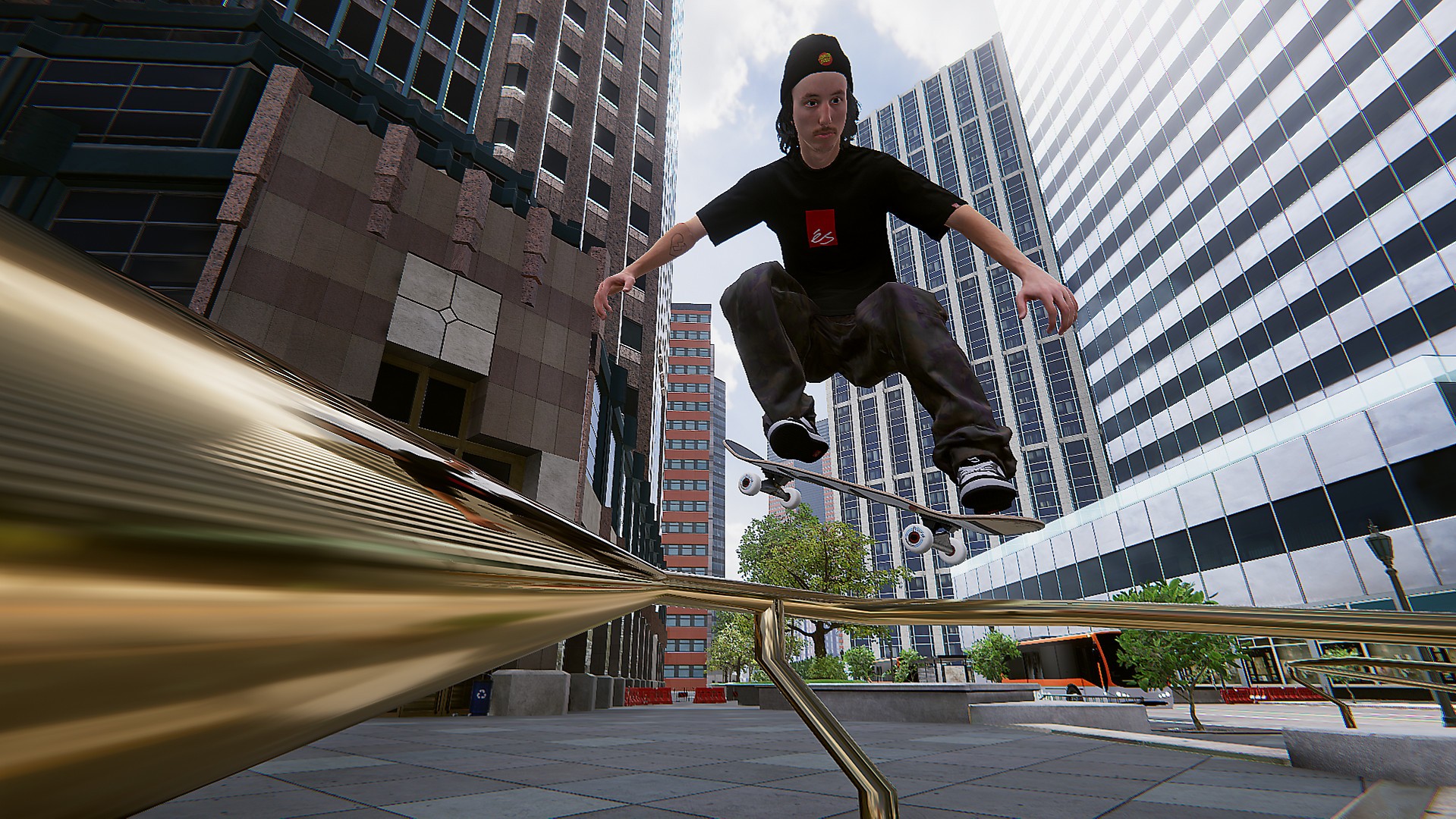 Speaking of bugs, Skater XL is completely lacking in polish. There are graphical glitches galore, and an overwhelming amount of jank in basically every aspect of the game. Sometimes you’ll pull off what you think is a perfect line only to go back to the quite nifty, replay editor and see the video is ruined because your skater’s foot has clipped through the board. Bails are a frequent source of clipping and the character customisation suit is so laggy that I gave up and just went with the default look as attempting to change my skater’s attire was an exercise in frustration.

There’s no denying that Skater XL is rough around the edges, and for many who just want an arcade skating game with a checklist of goals to complete playing will be a thoroughly miserable experience. However, this is the skating game that a very select group of enthusiasts has been waiting for, and they will put countless hours into this game trying to make sure they land every flip and rotation absolutely perfectly.

There’s a nagging feeling when you play Skater XL that it’s been rushed to completion. The game had been in early access on the PC for the last several months and perhaps spending another half-dozen sanding down some edges and maybe adding a couple more quality maps would have done the final product wonders. There’s always post-release patches, but at least for now, even the game’s biggest supporters are unlikely to argue the final product matches the premium price tag.

Skater XL gets a lot wrong, more than many will be able to forgive, but it absolutely nails the feeling of skateboarding and if you can look past its many issues, you’ll find one of the most responsive extreme sports games ever made, but also one of the most unfinished.

Skater XL absolutely nails the feeling of picking up a board and attempting to pull off elaborate tricks, unfortunately it fails at just about everything else.