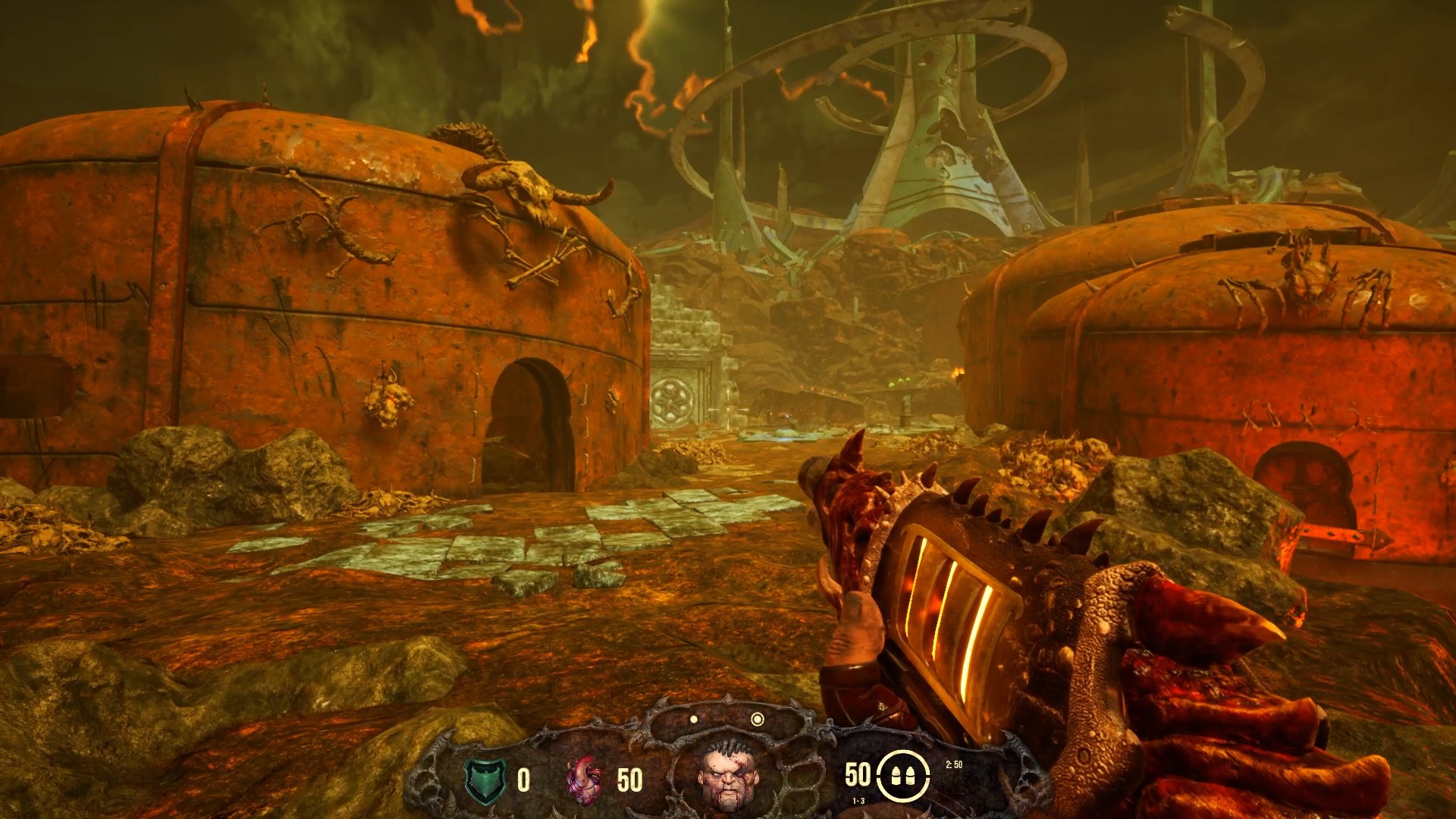 Hellbound is a game inspired by classic old-school shooters! Developed by Saibot Studios and published by Nimble Giant Entertainment. Hellbound is getting released on August 4th, 2020. And the community has already been hyped up by the demos provided by the developers. If you enjoy old-school shooters, this might be something that you would want to dig your teeth into! Pretty much all the elements in an old-school shooter can be found in Hellbound, and it has been executed quite well! If you like an action-packed shooter with metal music and gore, Hellbound might just be the right game for you!

First things first, you take the role of Hellgore who has been incarnated inside of Hell in order to take back the planet from the demons! Shoot and smash your way through hell using the badass weapons in your arsenal! That’s pretty much all there is when it comes to the story of Hellbound! Did I also mention that the one voice acting for Hellgore is Artie Widgery himself? As you demolish your way through Hell, you will listen to the well-crafted soundtrack composed by David Levill along with Christian Perucchi and Federico Ágreda! Being a game inspired by the 90s classics such as DOOM and Quake, you can expect a lot of action-packed gameplay without interruptions! Even with max settings on, I still find the textures to be a bit blurry. Considering that the game was made with Unreal Engine 4, you would expect more! But besides that, the effects look fantastic! Anything from the lava to the meat splatter when you slaughter a demon is just brilliant! 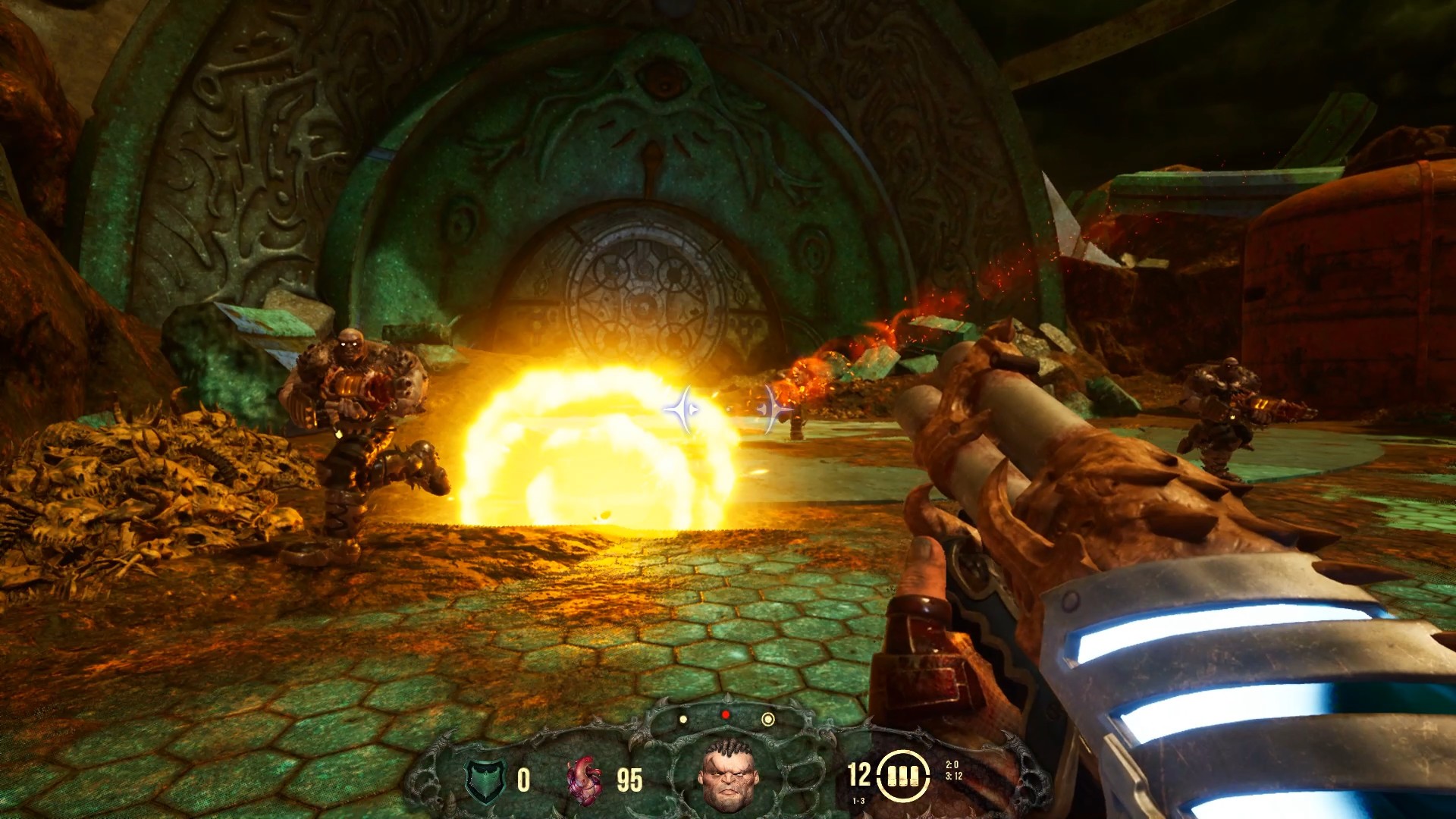 As you progress throughout the story, you will obtain even more badass weapons! Concerned about your ammunition? Well, ammunition drops quite frequently from the enemies and can even be found in boxes here and there! If you really don’t have any left, then you can just use your Head Crusher and whack the demons until they become a pile of meat with a puddle of blood beneath them! Other than that, your goal in each level comprises reaching the end of the stage while slaying and collecting as much as possible! You should also try to do it as quickly as possible for the ultimate challenge! To give you an easier time achieving your goal, you will be able to find shields and health scattered around the level as well! What really makes the stages more fun is the coloured keys that can be found in some areas around the levels. Some of them are required in order to progress through the levels and it encourages the player to explore the stage to the fullest!

As earlier mentioned, you will be able to unlock more weapons and in that way further increase your arsenal with more firepower! You will be able to use weapons such as a Rocket Launcher that will deal an immense amount of damage to a large area! Or why not use the Triple Shotgun for three times the fun? I would like to mention that the weapons feel really great to use. You truly feel like a badass when you use these weapons! If that wasn’t cool enough, all the weapons will also have some sort of Secondary Action that can be used to turn the fight in your favour! For an example, you can shoot three shells instead of one if you use the Secondary Action of the Triple Shotgun! You will also be able to find different Power Ups that will grant you some sort of buff in one way or another. There are three Power Ups available in the current state of Hellbound and those are: Hell Damage, Hell Speed and Hell Skin. From my experience, I really feel like the buffs can help you out in really sticky situations due to all of them being really strong! 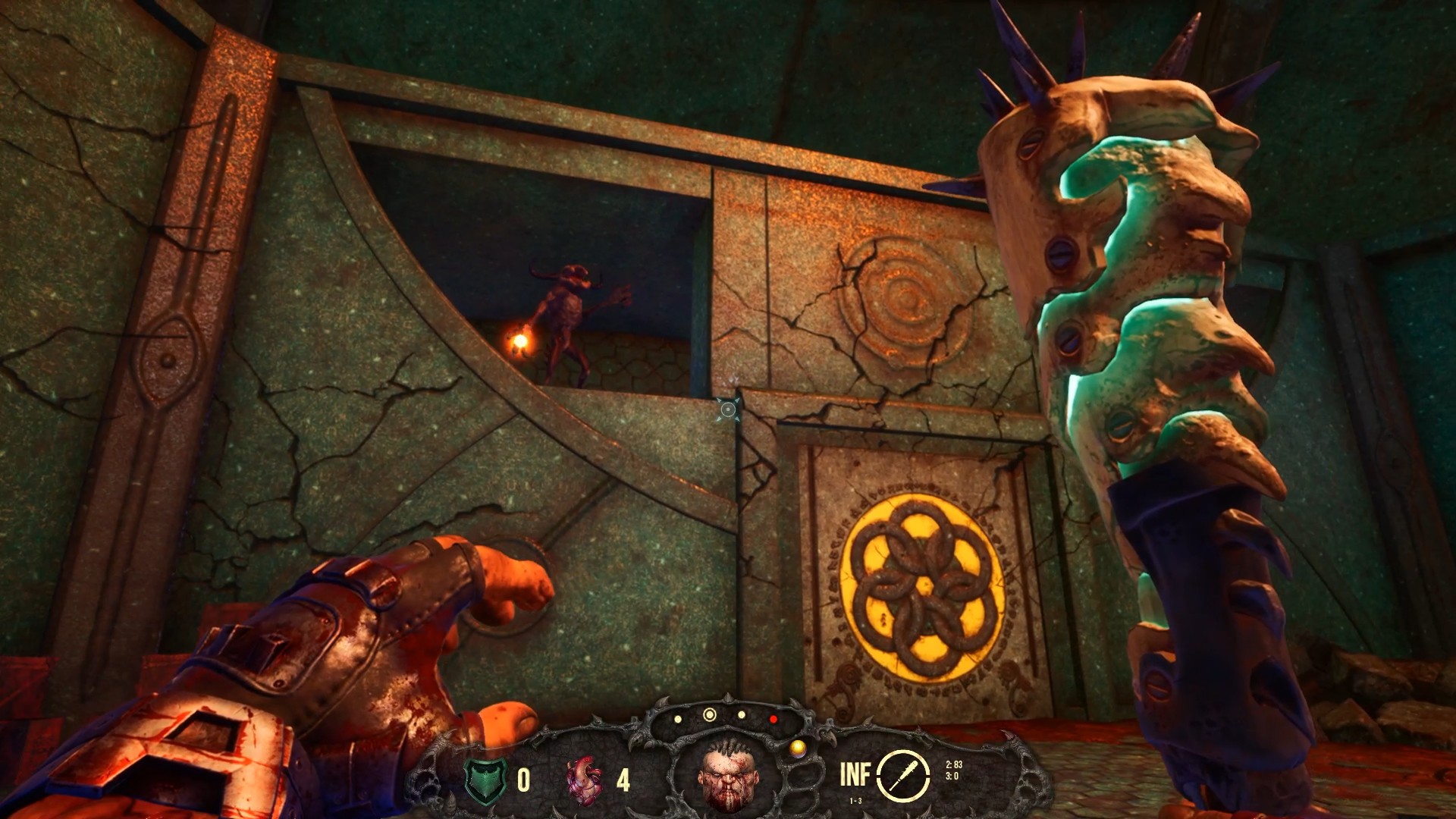 Once you’re done with the story mode, why not try out the Survival Mode for more action? The Survival Mode puts you to the test and will allow you to prove yourself in an arena like stage! You will fight through an endless horde of demons as you try to survive for the longest time possible. Depending on the arena, you will be able to find armour and also health pickups that will give you an easier time! And the music, oh my! The music feels just right when you blast and smash your way through those demons! I really found myself coming back to the Arena Mode since it was so addicting! After all, there is almost nothing better than destroying demons in a satisfying manner. The Story Mode is definitely worth coming back for if you step it up a bit. By stepping it up, I mean increasing the difficulty level for even more challenge! It is after all a modern take of an old-school shooter.

To wrap things up, Hellbound is a nice modern take on a classic old-school shooter! The addicting gameplay and evil atmosphere really make me want to come back for more action! If you so happen to be new when it comes to old-school shooters, I would highly suggest picking up Hellbound since you can change the difficulty setting to your liking! This encourages new players and veterans alike to enjoy Hellbound to the fullest!

To wrap things up, Hellbound is a nice modern take on a classic old-school shooter! The addicting gameplay and evil atmosphere makes me want to come back for more action!