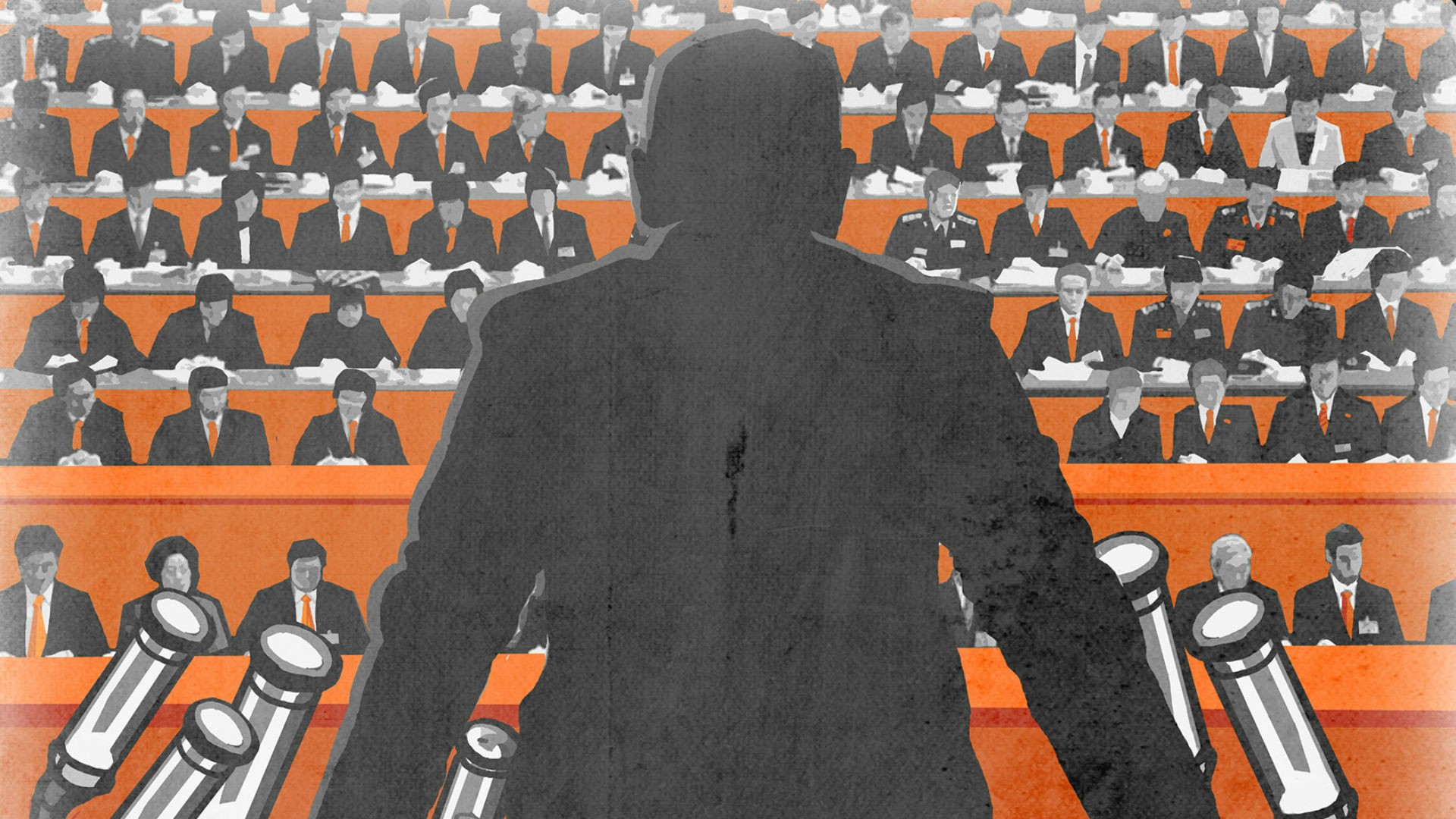 For the People is a unique mix of a political management sim and a visual novel that’s set in a communist state ruled by a socialist party. It’s developed by Brezg Studio and published by 101XP. The game was released on August 13th 2020 and received a pretty good reception on PC.

The story follows a young member of the Communist party in a fictional region that gets recently appointed to an important position of power. Francis River is now the head of Iron-1, an industrial factory town, and has to rule the city as its new mayor. From that point on, every decision made will influence the future of this town and the reign of the Communist Party. Your work is cut out for you, as you have to handle a lot of the work that the previous mayor couldn’t finish in time, mainly having to do with letter requests, but also phone calls as well as taking action on certain situations that require an agent’s attention to the scene. That’s the basic premise of For the People, but keep in mind that a lot of the decisions that influence the greater story are in the hands of the player, so to properly see the story unfold you have to experience it yourself. 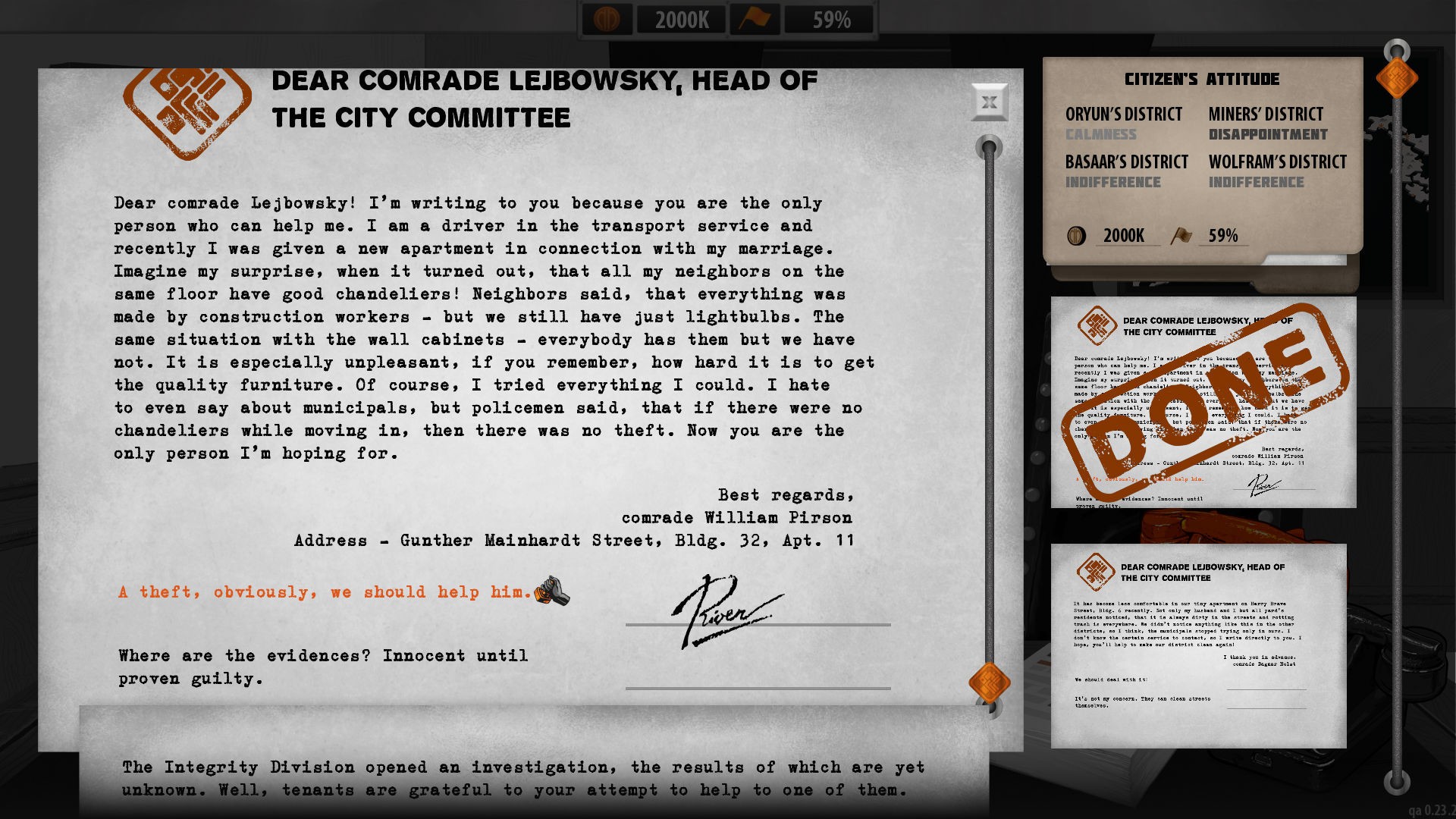 As for the graphics, this game has an impressive art-style, even for a visual novel. It’s pleasing to the eye, and I was pleasantly surprised to see a lot of uniquely drawn models for characters and objects in different scenarios. The overall look immerses you more into the experience as it looks like it’s ripped straight out of a historical movie following the USSR/Socialism. For the People really impressed me with its visuals and presentation, which is a huge plus for this type of game in my book.

The gameplay meanwhile, is a unique blend of genres that keep the game fresh. Most of the time you’re handling different requests sent to you in the style of Papers, Please that lead to you making different decisions about your budget as a mayor and managing your finances. On top of that you have to take action in different situations by sending in your agents that all specialize in different tasks that you have to manage. The game also has a visual novel element that is used to expand on the story/consequences of your decisions and even lets you follow a romance option in Helen (which happens to be your secretary). As for the writing in general, it’s decent except for a couple grammatical errors found in the dialogue and written documents. I really enjoy the general direction and theme of this game. It feels like your choices truly matter, and they have consequences in the long run considering the heavy and dark topics that For the People deal with. The game has multiple endings based on how you approach things and your standing with the Party. Overall, the gameplay for this one is smooth and enjoyable, so I’d recommend giving it a go. 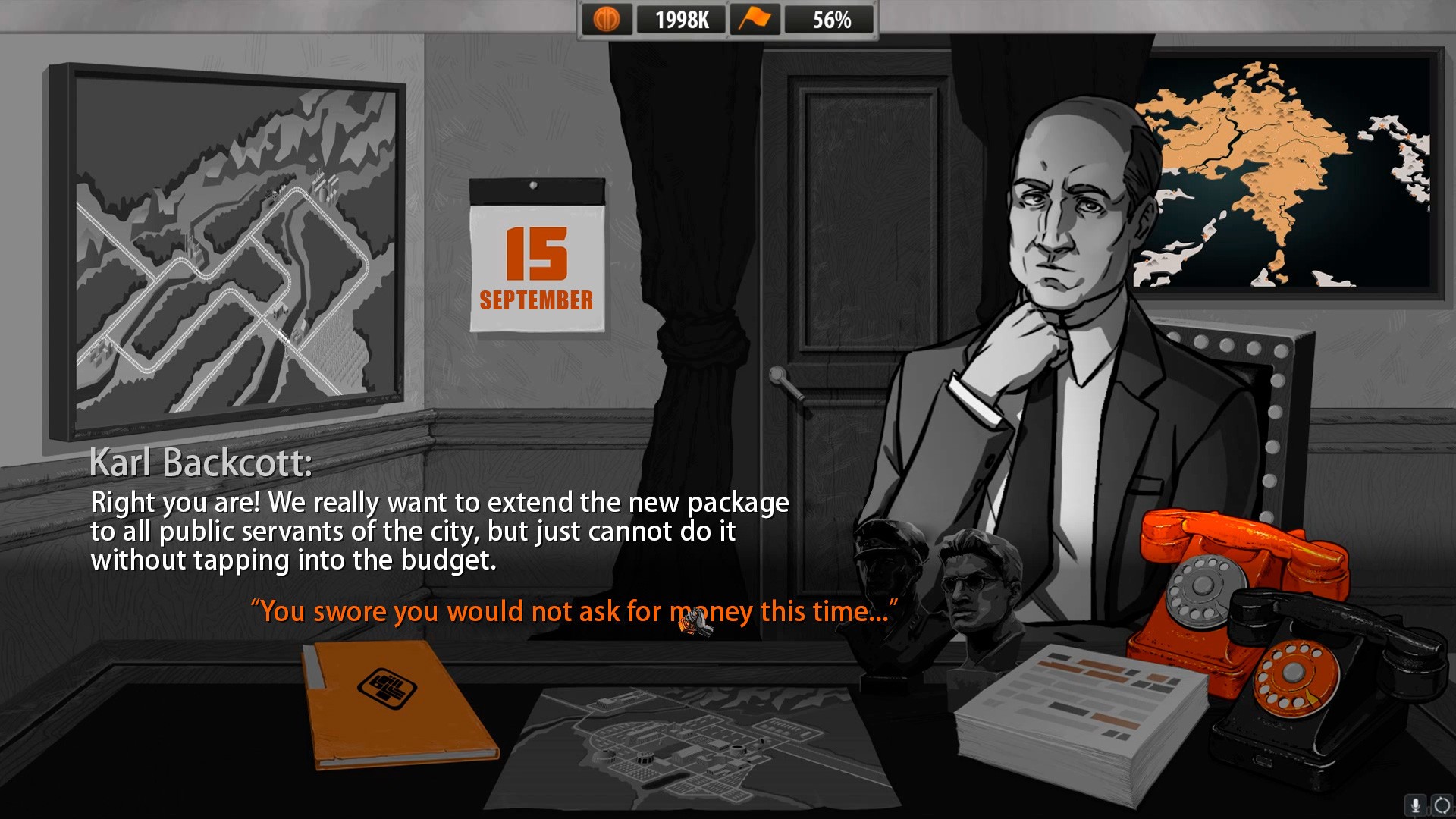 Sound wise, there isn’t much to talk about here, you get all the effects you’d expect and they’re all done fairly well. Similar to other visual novels, there’s a lot of reading to do here as there’s not really any voice-acting. As for the music/soundtrack, it feels era-appropriate and matches the tone of the game nicely.

For the People is also super accessible (as most games in its genre are). You don’t really need anything else but the mouse to enjoy this one, and that’s definitely something to consider. For the replayability, as I mentioned before, there are multiple endings you can unlock, but your first playthrough will not last you more than 4 hours. I’d consider this an issue because the game is priced at about $17, which for this amount of content is kind of a steep price point.

Regardless, For the People is a unique experience, and it succeeds in presenting the player with a very controversial topic and theme without making the game feel boring and bland. It has my recommendation for any fans of political management strategy sims.

For The People Review

For the People is a very unique experience and it succeeds on presenting the player with a very controversial topic and theme without making the game feel boring and bland. It has my recommendation for any fans of political management strategy sims.