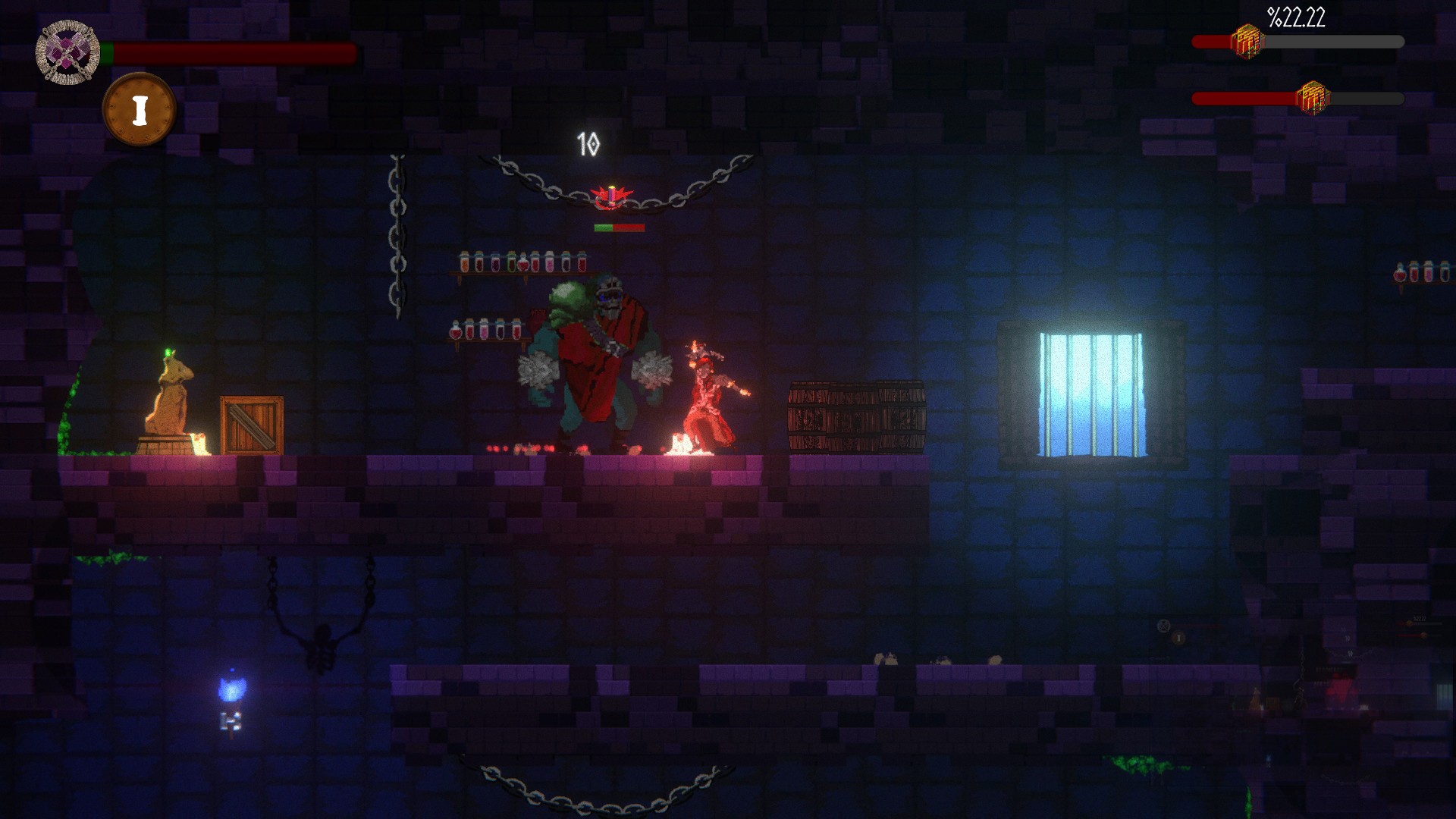 Upon its release, Konami’s iconic Castlevania was a game-changer for the genre, several years later spanning the heavily influenced rogue-like sub-genre of dungeon crawlers or similar stylistic game design. Rift Keeper, from developer Frymore and Sometimes You, carries the torch that Castlevania lit many moons ago, and provides a challenging and well-crafted experience, though struggles to bring anything particularly new or refreshingly different to the table.

Rift Keeper puts players in the shoes of a hero who stumbles across a town that’s frequently tormented by hordes of monsters. Armed with your trusty whip and a promise of eradicating the monster menace, you set out on a journey to free the town’s people from the looming darkness. Its Gothic presentation and humble beginnings in the story were certainly something that caught my attention and fondly reminded me of past rogue-likes that greatly succeeded in the strengths of its wonderful aesthetics and dark atmospheres. Like Castlevania that came before it, you’re even given a whip as your primary weapon at the start, though things naturally progress as you battle through increasingly challenging levels and enemy encounters. 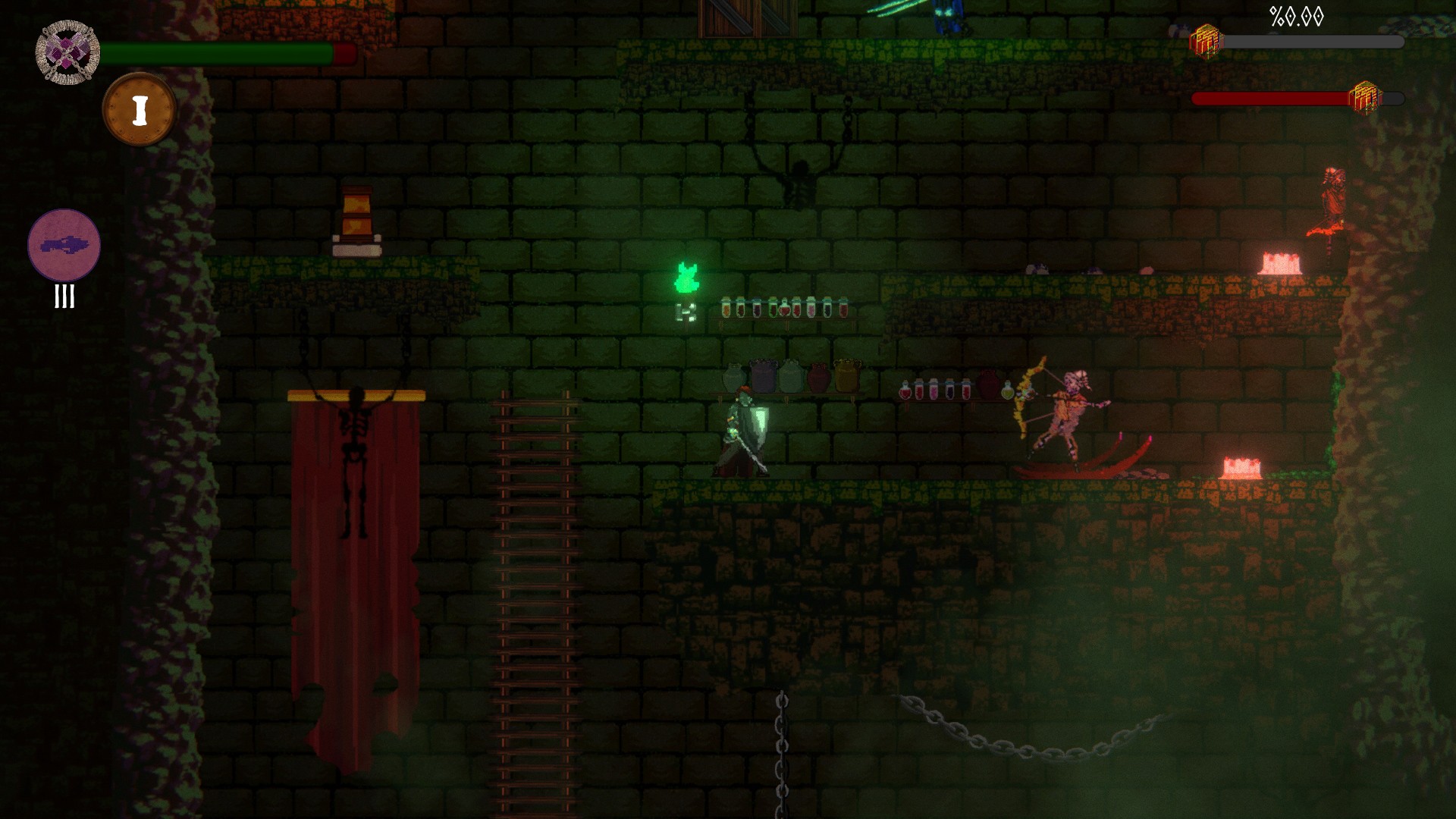 Rift Keeper’s retro-inspired design not only ties into its admittedly striking, simplistic visuals and aesthetics but also its overall gameplay. Make no mistake: it can be quite a brutal affair for the uninitiated as the punishment for failure is a hard restart, losing most of your abilities and upgrades. This old-school design and difficulty curve may have worked better in a bygone era, but it can be the source of some frustration in Rift Keeper which walks a fine line of being charmingly old-school and oddly held back by these very principals. Nonetheless, fans of this retro-style may find plenty to enjoy and digest here, though it definitely cranks up the difficulty at times which can be a huge accessibility hurdle.

For most of your gameplay experience in Rift Keeper, you’ll visit a good amount of levels, fighting through hordes of monstrous enemies while collecting items and finding secrets, standard fare for a rogue-like. Initially, you’ll be given a limited amount of weapons, gear and abilities, but as you progress, you’ll unlock better rewards that significantly increase your perks and weapon variety. For example, the whip is initially a good weapon for learning wide-ranged attacks with great reach, but a shorter sword may swing harder though lack the reach, while the heavy axe swings slower, but hits harder with a medium range hit box. You can choose many weapons to suit your playstyle, then build upgrades around that to improve your equipment. In between levels, you’ll return to the town where you can perform all of these mandatory upgrades – with ‘mandatory’ being the key word here, as approaching some harder levels or boss fights without the right perks or stats can be quite daunting.

Clearing each level in Rift Keeper requires players to have slain at least 70% of the enemies. This is shown by the percentage meter in the top right of the screen that gradually fills as you defeat monsters. On that note, the enemy variety is pretty expansive at first, but most require little strategy and can be beaten by simply mashing your way through them. As you continue on your monster-slaying adventure, it becomes apparent that there’s just not much creativity or variety being poured into enemies as the levels ramp up. Some may hit harder, but generally they’re still the same dozen or so types re-used, which is slightly disappointing. Boss fights thankfully provide some of the best moments of the game, and while they’re not terribly inventive either, they still get the blood flowing and gives you enough incentive to “get good” in the moment or lose all your progress, so to speak. 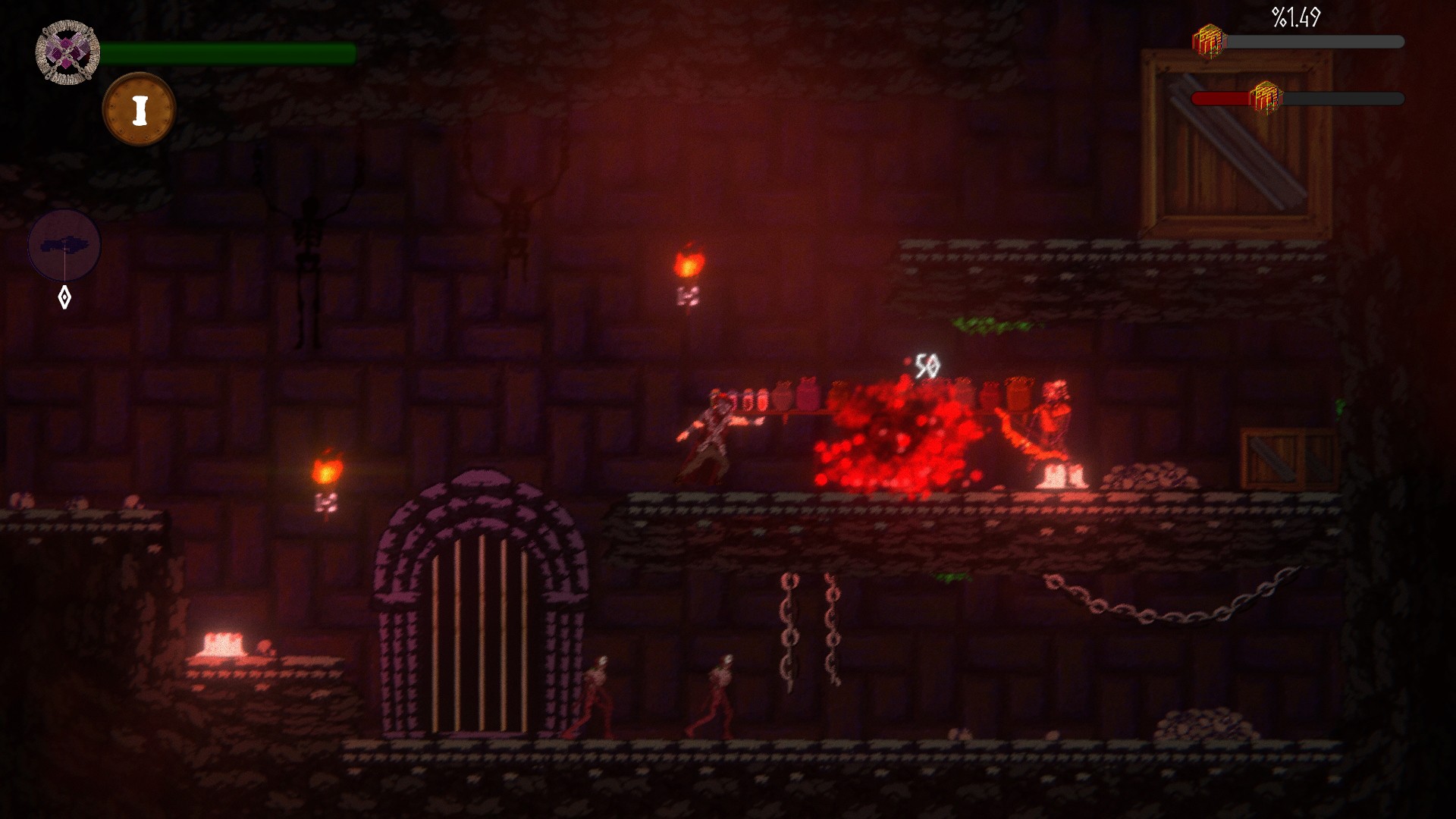 Rift Keeper’s biggest problem is, tragically, its contentment with not trying new ideas that could’ve easily flourished from its pretty inventive world and set-up. There’s never an effort to step outside of its comfort zone, which doesn’t bode well for a rogue-like attempting to stand out in an ocean of similar indie titles. One can walk away from Rift Keeper feeling satisfied overall, especially if you’re hungry for punishing old-school rogue-likes with a dark fantasy aesthetic, but beyond that, it probably won’t stick around in your memory banks for too long. That said, for what it attempts to do right by keeping in line with established rules and traditions, it mostly is a fast, visually pleasing, and involved rogue-like with enough of a hook to keep the moment-to-moment gameplay enjoyable. The sound design is especially impressive at times, perfectly capturing the crunch and whirls of retro-inspired effects mixed with modern ambiance pleasantly well.

Rift Keeper isn’t a game-changer in the rogue-like action genre, and for some, that might be more than enough. It continues the legacy of Castlevania, albeit taking no risks to call it unique or a natural evolution of the same formula. Instead, it snuggles into its formulaic tendencies and doubles down on its strengths of being engaging and aesthetically attractive while it lasts. There’s a lot of in-depth gameplay mechanics at work to get lost in, but not too much that it becomes overbearing. Rift Keeper may be an old-school, and often times quite punishing, love-letter to an era of gaming long gone, but you probably won’t regret investing time into it at its affordable price point. Probably.

A love-letter to a bygone era of game design, Rift Keeper is fairly formulaic, but still exciting enough to warrant some attention.