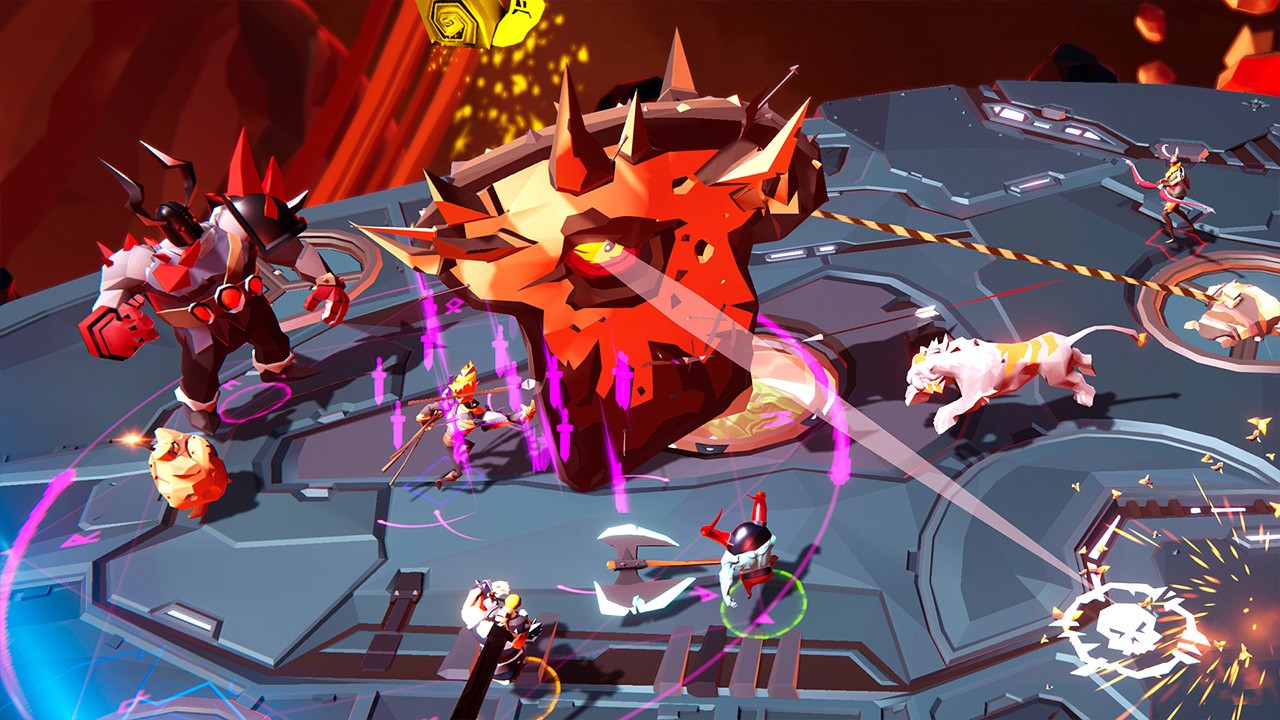 Bossgard is an arena game where you control characters from different countries based on Viking culture. Its gameplay has a focus on destroying bosses while telling a very shallow story just to give context to the player, while bringing several gameplay modes to increase its longevity.

At the very start, the first option called Intro works as a kind of campaign, and I must say that it is a ridiculously short story that tells events of Ragnarok and Valhalla of Nordic culture. Less than 20 minutes long, Bossgard’s main plot serves only as a tutorial for playing and being prepared for the other modes available.

As stated, Bossgard focuses on multiplayer gameplay, and the main objective is to eliminate the boss from the arena. It is possible to play in up to 5vs1, five of which are Vikings and the other one must control the arena boss, who comes in the most bizarre ways possible. You will face from a monstrous spider to a giant and evil piece of bread. Luckily the game was well thought out and allows teammates and the boss himself to be controlled by bots. There is a relatively cool roster of initial characters and a few more to be released with money earned through battle victories, and the chests received at the end of each representing loot boxes. There are Vikings for all tastes, from the nordic guy with short-range attacks to the Japanese woman with long-range attacks. In addition, each character has a unique ability, but can also be accompanied by an additional equipped as perks. These skills exist in offence and auxiliary categories, such as super blows that take extra damage from enemies or that revive allies. 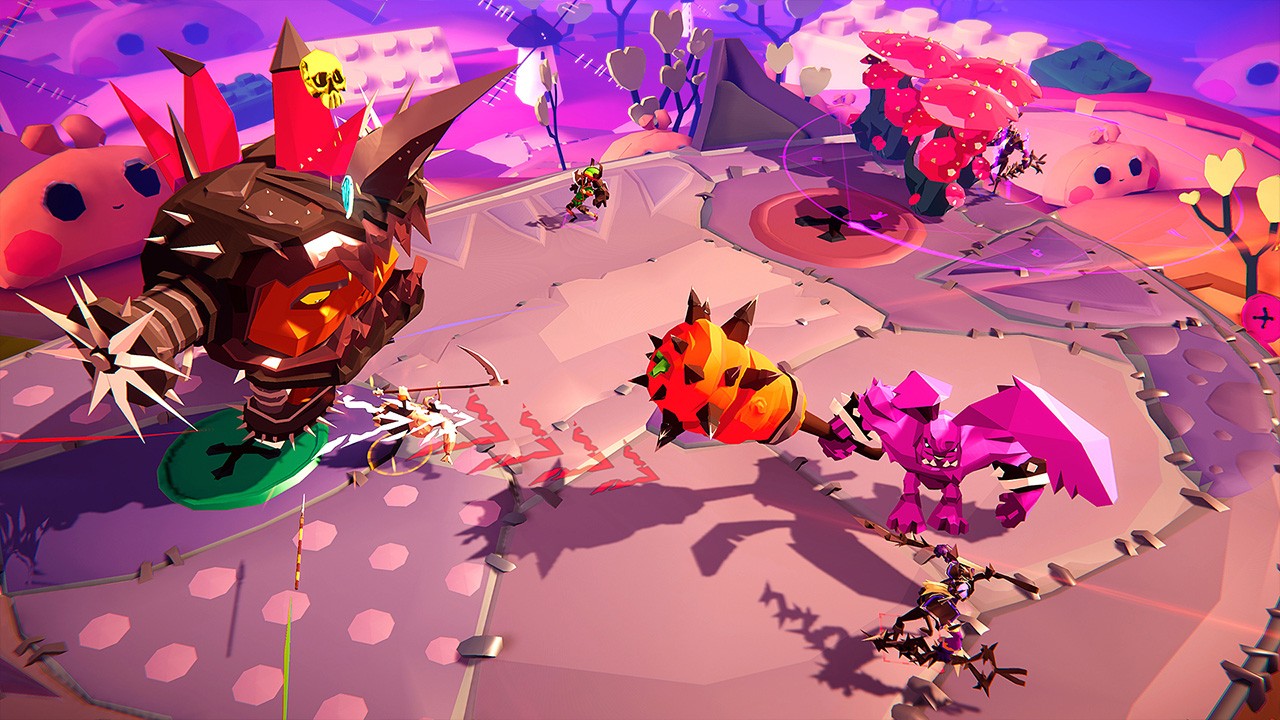 Something unexpected about lower-budget titles is probably an online mode which Bossgard does with mastery. You can quickly enter rooms or search for created servers. We can easily find people playing online, even more with the existence of an official Discord server created by the official game’s team.

The matches work without problems, with no lag or input delay. I just think that they could have put some sort of internal communication between the players, even if it had been something as simple as stickers or quick messages.

There are several types of matches that can be created, all keeping in mind the heart of the game of Vikings against Bosses. Perhaps the most differentiated mode is the PvP of Vikings vs. Vikings, where players face off in the arena as minions emerge to intervene in the battle. These ways of playing are also available for local matches on the same console for up to six people, so you don’t have to feel obliged to subscribe to online services to play with over one player.

The good news is that it is possible to receive loot boxes even when playing the multiplayer mode, something that many games miss and turn these modes into experiences only arcade and with little purpose besides superficial fun that does not add to the progress in the main game. 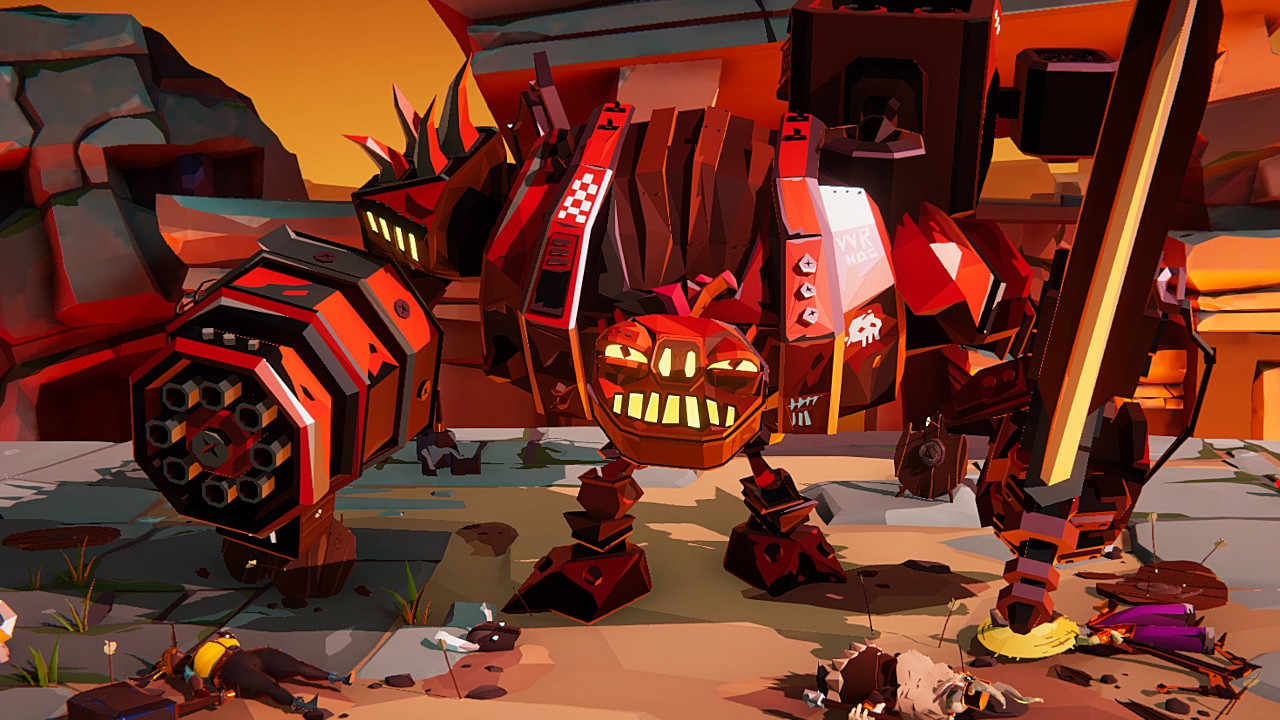 Ah, last but not least, Bossgard offers the player a single-player mode called Survival. Here, your objective is just, well, to survive the enemies on the map, explore the environment and gain temporary effects given in shrines. It is a very monotonous game mode, since the movement and attacks of the characters are sluggish and match little with this type of gameplay, in my opinion.

Your main mission here is to collect items that are acquired when facing stronger enemies – called Epics – on the map which are more powerful enemies attacks that cause above-average damage. After a specific amount of these eliminated Epic enemies, you’re going to deal with the area’s final boss. It is also possible to purchase cosmetic items and gold in loot boxes earned by losing or surviving the mission. In the end, it ends up being the weakest and unstimulated game mode, without a map to guide the player or any kind of compass. Maybe it was created just to pretend to add something really relevant.

As Bossgard is a game that is very sustained by the proposal of arenas in a party game arcade format, there is nothing fairer than adding unlockables. In the main menu store, there are several cosmetic items to be bought with the game money – fortunately. In addition, new characters and unique bosses are for sale, but they require a relatively exaggerated amount to be acquired. So you can expect a lot of grinding out there.

Bossgard is a game that is very sustained by the proposal of arenas in a party game arcade format.