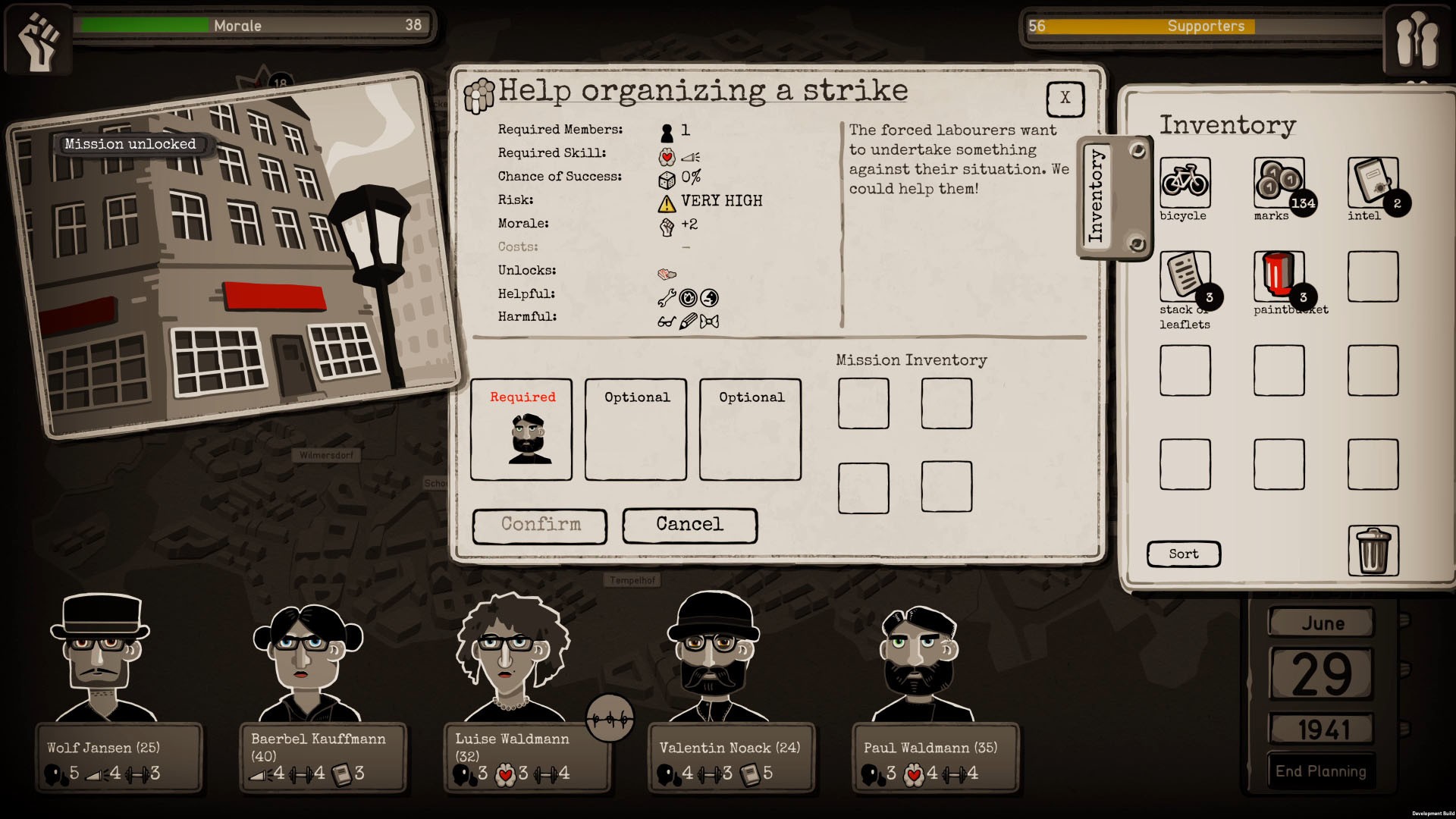 Get ready for a history lesson like no other. Through the Darkest Time is a revolutionary game, that chronicles that Nazi’s rise to power, and the brave individuals who fought to topple the dictatorship regime from within Germany. Developed by Paintbucket Games and Published by HandyGames, this is one strategy game you HAVE to play.

The plot of the game has briefly been touched upon within the introductory section, but to go into further depth, the game begins with the option to customise your own character, who will become the leader of a resistance force within Berlin during Hitler and the Nazi’s rise to power. Spanning the course of several years before, during and after the Second World War. Through the Darkest Time will take you chronologically through history, with cut scenes filling in the blank spaces, and educating you as you progress, so whether you’re a war historian or your only knowledge extends to what you learned at school, this game will open your eyes, to the hardships and triumphs of this dark period of history.

The gameplay is rather fascinating, if somewhat initially confusing. You will begin with three core members of the resistance force, who are concerned about Hitler’s appointment to the chancellor. Your initial tasks will be to assign to these three members missions, whether that be spreading the word of your group, or collecting finances from union workers. As the game progresses, however, the missions become more serious when the Nazi’s rise to power. You will then be asked to do things such as smuggling books, helping people to cross the border, and destroying Nazi property. Additionally, as time progresses you will be able to add and replace new members to your team, each member is equipped with strengths and weaknesses, ranging from compassion to stealth, to physical strength. You do have the option to improve certain skill levels over time, however, the main objective is to send the right member/s to do the corresponding mission. For example, if the mission requires you to drum up support you will need to send someone who has high levels of compassion and speaking skills. 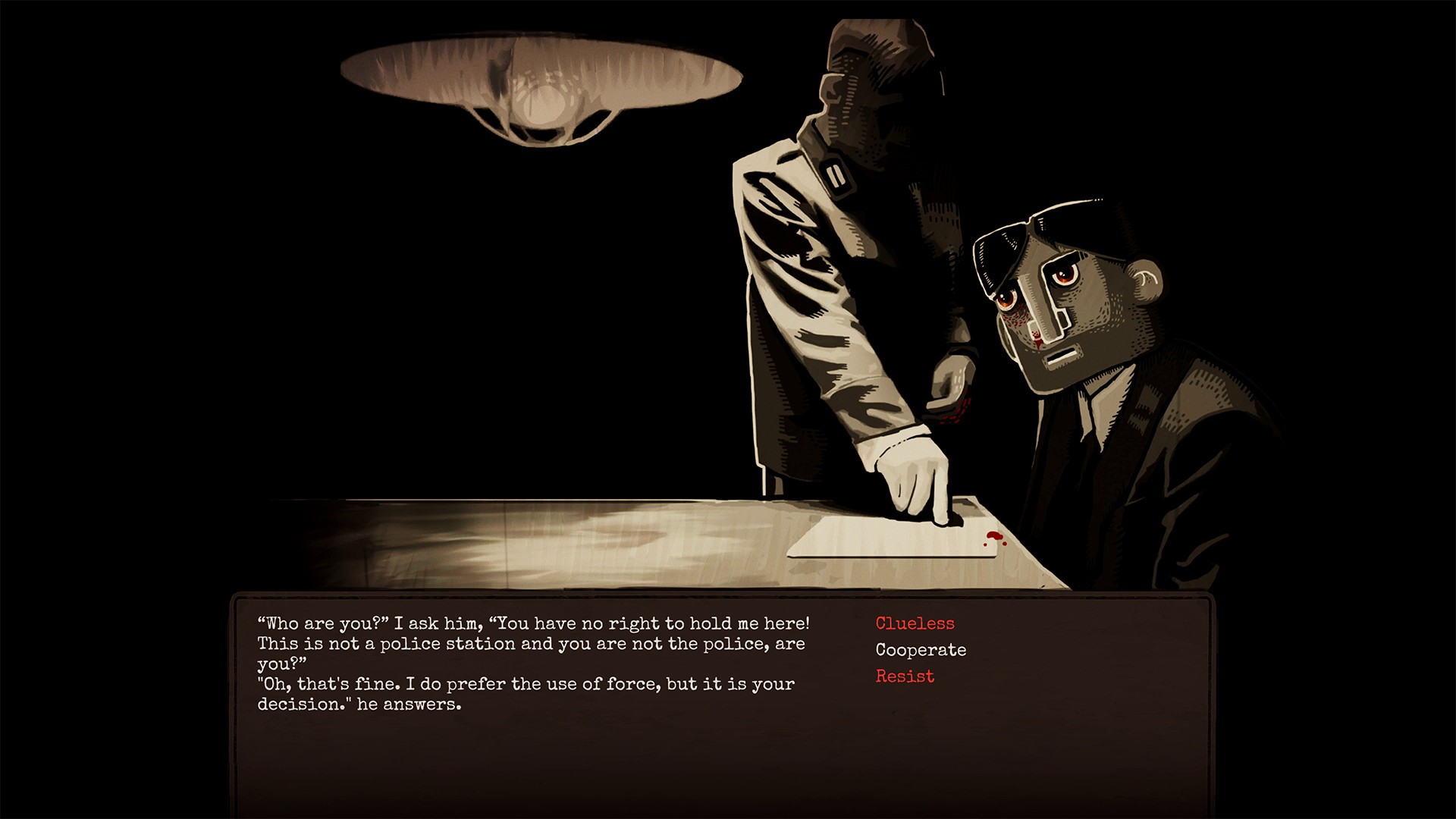 However, naturally, nothing is that simple. As time in the game progresses the Nazi’s will cease more power over Berlin, and thus missions will become more dangerous and if any member of your team is caught doing something they shouldn’t, they can be arrested or even worse, and you will lose them from your team. Whilst playing the game, every choice felt important, and that is undoubtedly because of the historical weight of the game’s context. When I was sending my team out to missions, I would wait each time with bated breath, to see if they completed it successfully. Another great feature was the cut scenes which were usually interlaced with choices that affect your gameplay and may even cause division within the ranks of your team. Overall the gameplay cannot be faulted, it’s really something so unique.

The graphics and art design are so close to being perfect but are let down by one key factor. Now, most of the art design is beautiful, and that mainly relates to the scenery and NPCs. At various times whilst playing, I was wowed by how these historical German buildings were replicated within the design team’s art style. You can tell a lot of thought and detail went into this process. One moment in particular which stands out in my memory is when the Reichstag goes up in flames, and your character watches on in horror. Whereas the aspect I found most appealing about the NPC’s is that they change over time, for example, say you have members within your party as one chapter of the game ends, when the next begins and several years have passed, the NPCs within the team will have new hair and clothing, more reflective of the time they currently inhabit. However, the player’s custom character does not have these luxuries and is somewhat disappointing in comparison. Now it is important to note that the graphics are still of high quality, there aren’t any glitches or issues with the character in that regard. The issue lies because they’re not as visually appealing as the scenery or the NPCs. Your custom character is just weirdly disproportionate to everything around them, be that the scenery or other NPC characters within your team. The player’s character is just too big, they don’t fit in and seemingly clash with everything else in my opinion. For example, this is they have huge heads and hands, whilst nobody else does. I thought maybe this fault was just my character’s design, but when I went back to pick the smallest head option, it STILL looked strange. However, this is only a minor fault within the game, and it’s just a little distracting rather than a glaring issue. 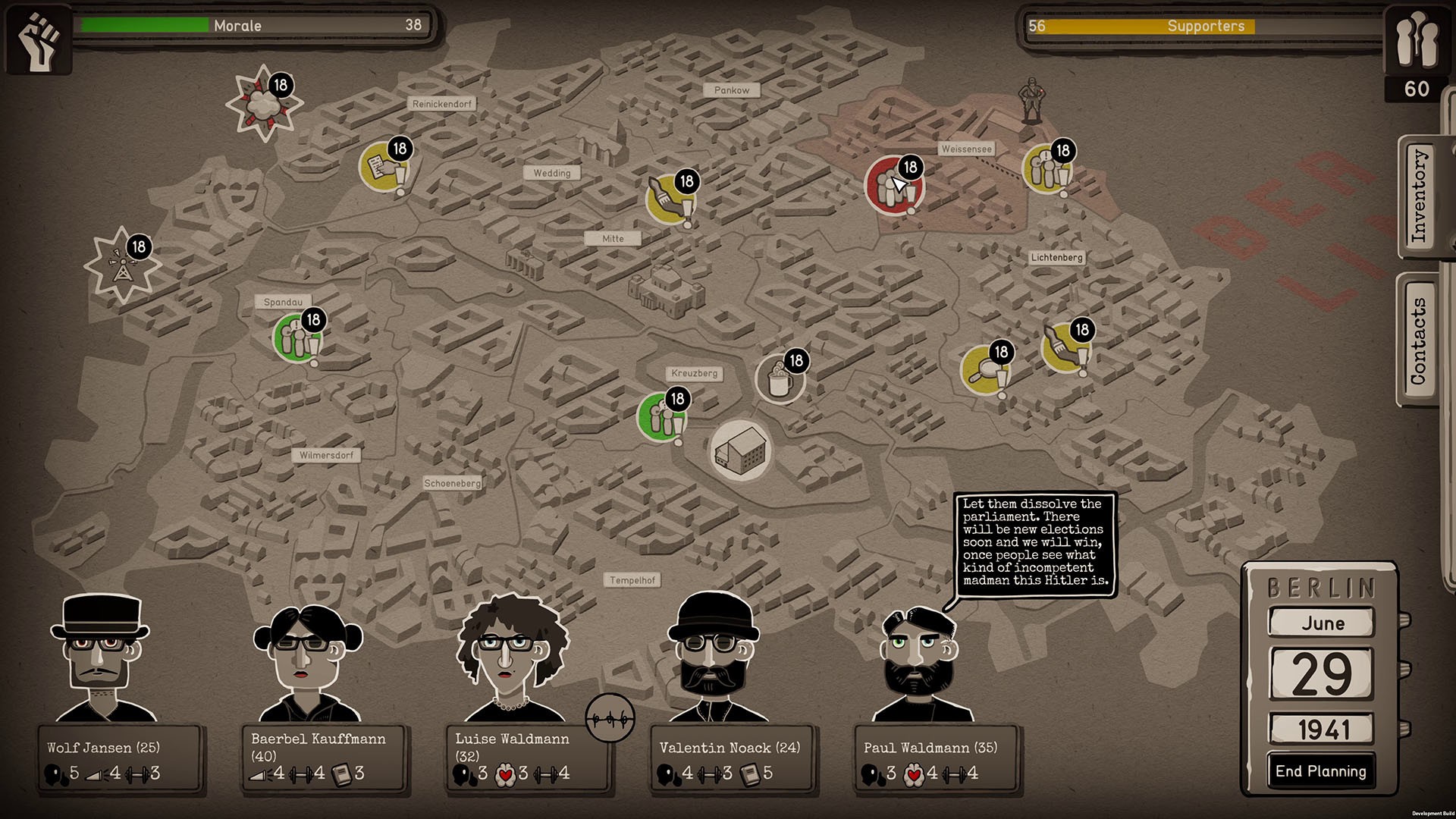 Now music plays quite an interesting role within the game, as time progresses you will move into different chapters and each chapter has a different tune that you will associate with that specific period of history. Usually, I find that music in this kind of strategy/puzzle game gets overly repetitive, to the point where it gets under your skin and just annoys the living daylights out of you. However, here I thought the use of music was a very clever device because it highlights how popular music changes over time, and what’s popular one year isn’t so the next.

In conclusion, Through the Darkest Time is the best kind of educational game in my opinion, and that’s because it’s not pushing educating in a self-righteous ‘learning is cool’ kind of way. Moreover, they’re trying to educate people in a way that is both fun and respectful of the dark history they’re depicting. The game currently retails at £13.00 within the PlayStation store and I would highly recommend picking up a copy, it’s something that I will 100% be returning to play on multiple occasions.

Through The Darkest of Times Review

Get Ready for a History Lesson like NO OTHER! Join the resistance and fight on the right side of history!