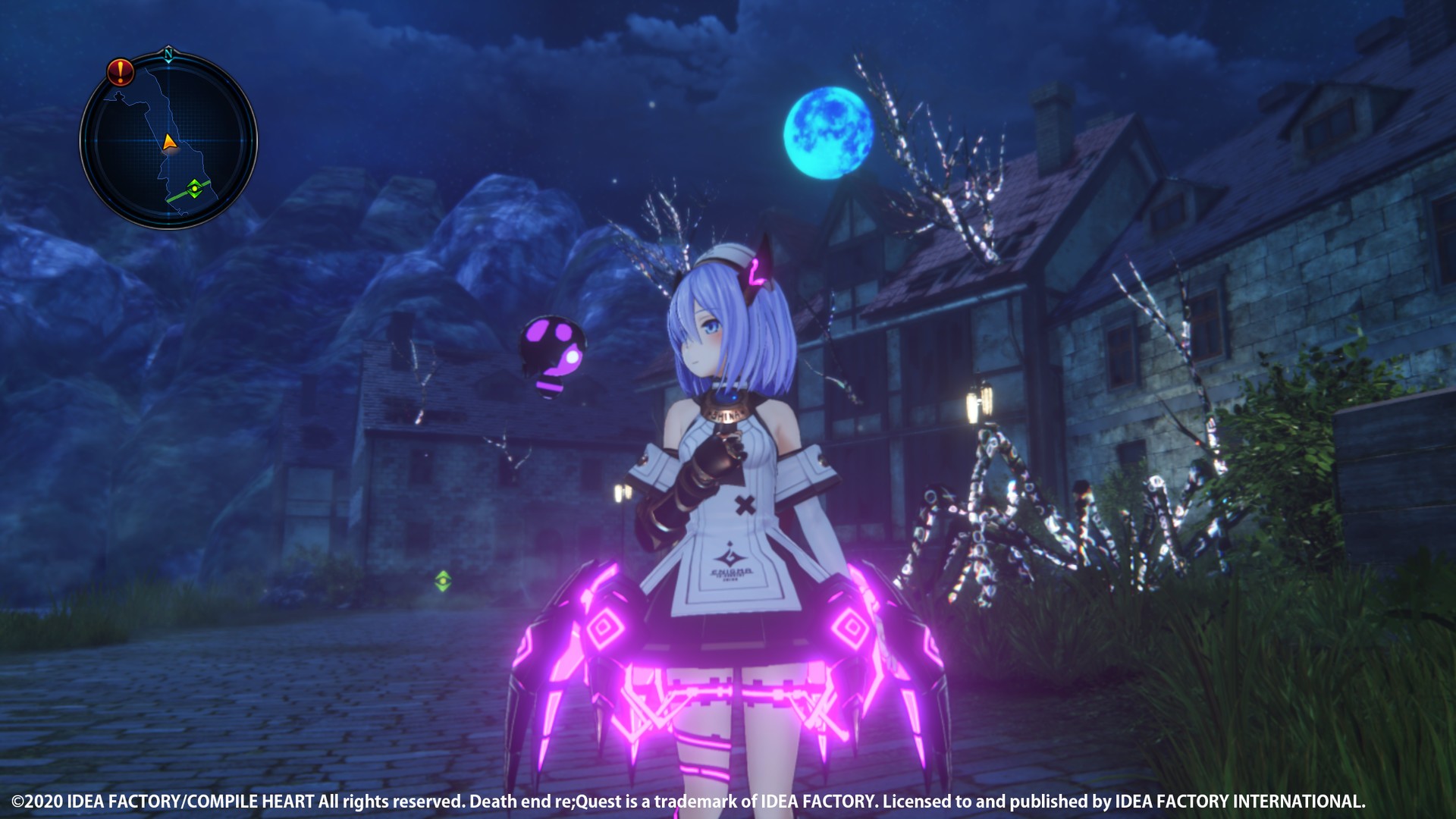 It has become exceedingly rare to find JRPG games that hone in on horror elements. We still receive a good dose of compelling horror-themed visual novels, but there haven’t been many games in this tiny sub-genre to really sell the idea of horror concepts and ideas working well with the JRPG formula. Enter Death end re;Quest 2, developed by Idea Factory and Compile Heart and published by Idea Factory, which combines aspects of both visual novels and JRPGs in the horror genre to sometimes surprisingly effective results.

Taking place in a dark fantasy world, Death end re;Quest 2 puts players in the shoes of Mai Toyama, an orphan with a dark past involving abuse by the hands of her father. After a pretty shocking introduction, she’s shipped off to an all-girls’ orphanage where she learns of external dark forces and digs deeper into her mysterious past and her sister’s strange disappearance. The story is kept intentionally vague from the beginning, instead leaving it up to the player to piece together most of the narrative puzzle as it slowly unravels itself over the course of the game.

Death end re;Quest 2 is broken up into two parts: a visual novel and a JRPG. The game especially shines during its visual novel moments as they’re all beautifully animated with great voice acting. You really get to understand Mai’s character through her interactions with various orphans at the dormitory, and within the larger narrative framework, all providing moments of much-needed levity versus shocking revelations and outbursts of horror that hit aggressively hard, especially towards the second half of the game. Part detective tale during the day and part monster hunter by night, it’s an interesting concept that mostly works. You have little control of certain outcomes, unlike many visual novels, but it at least presents a well-told and gripping story throughout. Best of all, it’s a self-contained story, so you need not have prior knowledge of the first game to enjoy it. 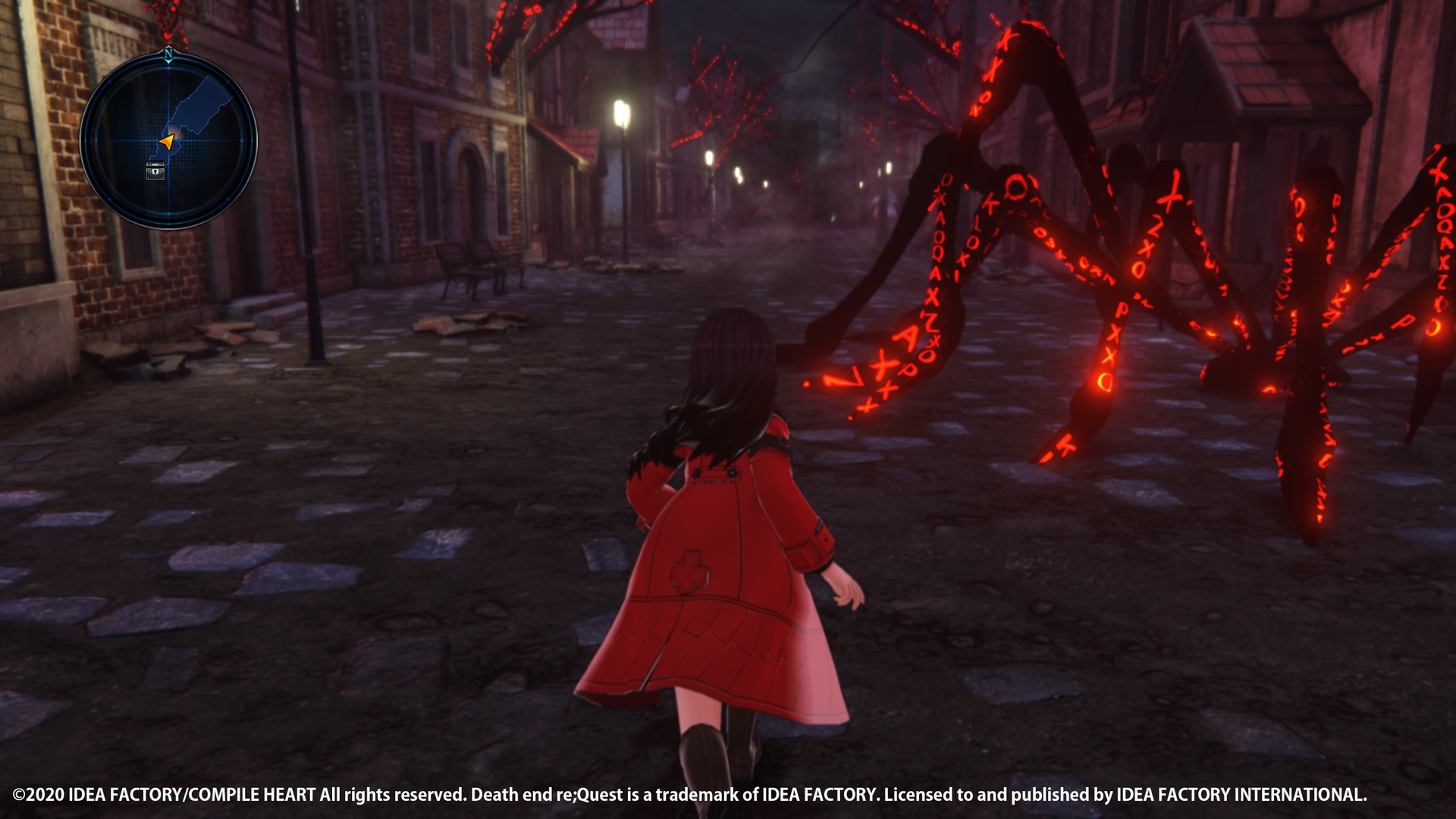 When it comes to the JRPG segments, Death end re;Quest 2 can feel oddly formulaic. Presented as a third-person dungeon crawler, your adventures begin outside of the dormitory at night as you explore various environments filled with Shadow Matter, the game’s enemies. Battling Shadow Matter incorporates a turn-based system, but what’s interesting here is how it’s implemented. Instead of one turn, players have up to three turns per character to dish out attacks, defensive positions, item usages, and more. It keeps the momentum of each encounter fast-paced, never dragging on for too long. While completing various objectives or heading to markers on the map, the mini-map thankfully highlights enemy positions in the level, meaning you can choose to avoid battles entirely, though some grinding will still be needed once you’re forced into the narrative-fixed battles.

Avoiding combat isn’t always the best course of action in the game, though. The combat system may feel familiar to veterans of the JRPG genre, but there are a few great, unique features to exploit. Knockbacks in the game, when properly executed, can send enemies bouncing around the battle arena like pinballs, dealing plenty of extra damage. They’re often quite hilarious and fun and shouldn’t be missed.

The environments in Death end re;Quest 2 are sadly not that interesting. There’s little variety when exploring dungeon areas, towns, and forests, but beyond that, exploration can feel tedious because of how little there is to see and do in these levels. In fact, I found the visual novel moments so compelling, that I often sped through the JRPG sections just to get to the next story beat or interaction. That’s perhaps the game’s biggest issue overall: it doesn’t successfully balance the visual novel with the JRPG. Instead, the free flowing JRPG gameplay can be a hindrance, unfortunately leading to slow pacing at times. The game’s main story clocks in at around 16-18 hours, but it felt double that length because of how it often dragged out its JRPG moments – and even interactions within the visual novel can run on for longer than they need to. 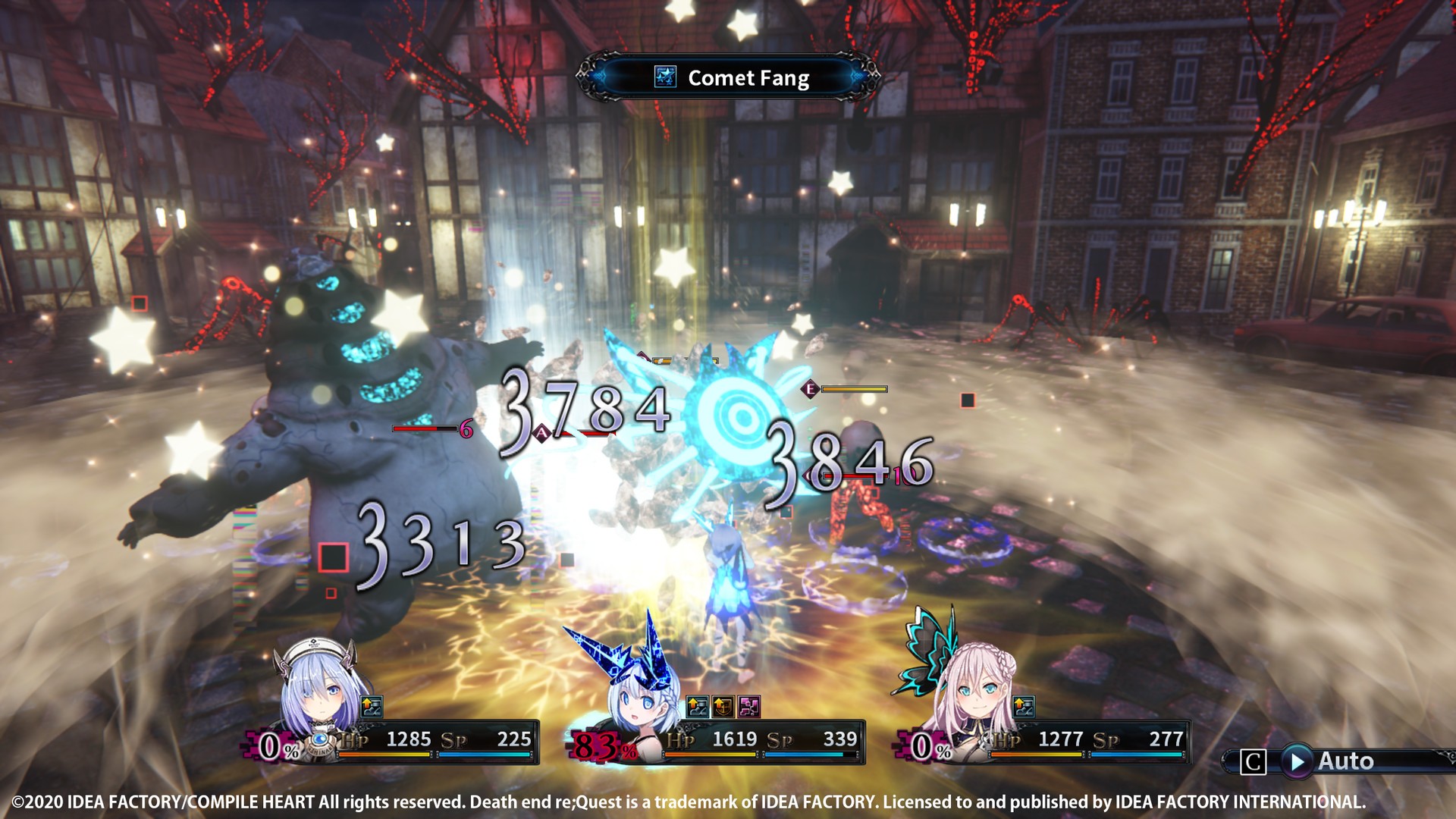 However, Death end re;Quest 2’s best qualities are in the sound department. While the visuals can feel a bit generic and low-effort, the voice acting and music are top notch. The soundtrack comprises booming orchestra, quiet piano ballads, and infectious pop-rock tunes that never failed to keep me invested. It got the blood flowing in combat, and got the tears rolling during its quieter, more intimate character moments. I looked up the soundtrack during the game and currently have it playing in my car. It’s just that good, and I can’t praise its music and sound design enough.

Overall, Death end re;Quest 2 will not blow you away, but it has a gripping mystery at the heart of its narrative beautifully told through a well-animated and acted visual novel. There are enough big emotional moments to keep you guessing throughout, and a particularly grim opening that immediately grabbed my attention. However, the game stumbles when it tries to interweave the third-person JRPG segments. They don’t always click well, which can lead to uneven pacing problems. The combat is fun in doses and pretty standard for a turn-based JRPG, but beyond that, I can only recommend Death end re;Quest 2 to JRPG enthusiasts who don’t mind a helping heap of visual novel gameplay, and vice versa.