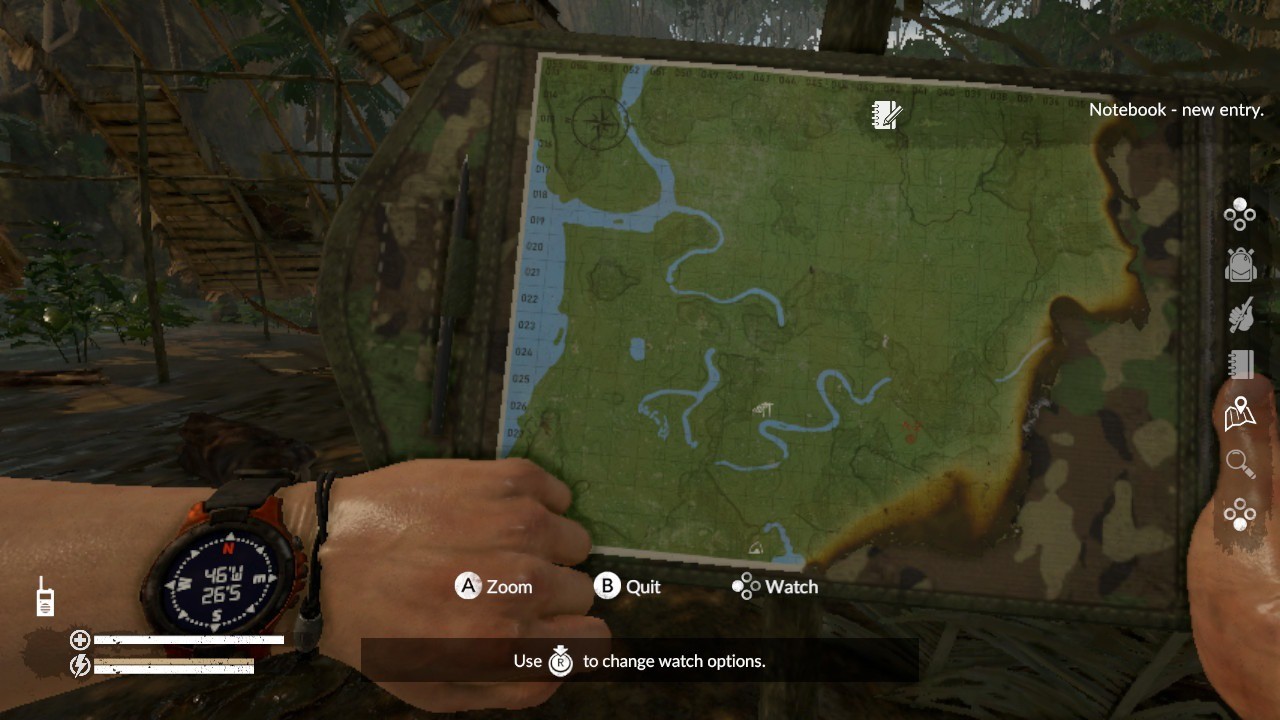 Dying chances are certainly high if I got into the Amazon forest in real life. Thankfully, I never had to pass through that, but Green Hell could give me the tension that I’d never like to have in reality. The Creepy Jar’s game came to the Nintendo Switch recently, through Forever Entertainment publisher. Green Hell originally was launched on PC two years ago, and I always have been very curious about how its gameplay feels because of my passion for survival-themed games.

The story takes place in the Amazon forest, where Dr Jake Higgins, along with his girlfriend and interpreter Mia, just arrived. The protagonist is a famous and renowned anthropologist, who has published a book of his studies and has been researching the place for some time. In the first minutes of story mode, the player is introduced to a tutorial to understand the basics of gameplay and how the crafting system works. Everything seems quiet and quite clear until the game begins. Mia goes in search of the native tribe to do her studies and research among them, however, she ends up disappearing – darn you, stupid Mia! Jake, upon waking up and realizing what happened, desperately calls his girlfriend through the walkie-talkie in his tent, and she responds stating that everything is fine but that he needs Jake’s help. The doctor goes after her to find out what happened, and this supposedly easy mission turns into something much more complicated than it looks. 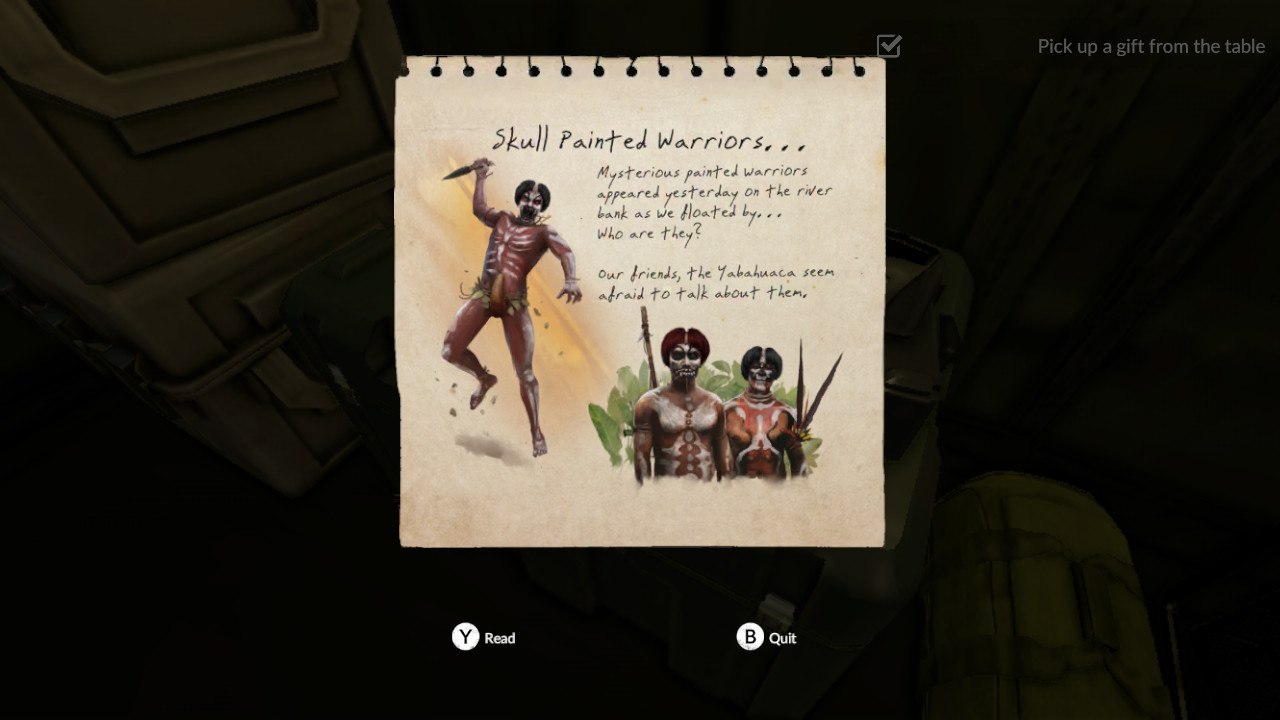 Green Hell is a survival game with several aspects that seek to refer to reality. Jake wears a smartwatch that always shows his level of protein, thirst and other needs. Other than that, there is a level of sanity, breath and health. It is necessary to keep the levels of all these attributes well balanced, otherwise Jake will die in a matter of hours. Protein is high when consuming “healthy” foods for the human body, without poisons or fungi; thirst must be quenched by drinking clear water, or Jake will receive parasites in his stomach; health must be maintained with the physical body without scratches, leeches, and worms that try to get within your skin; and sanity needs to be controlled or Jake will start hallucinating.

In short, it’s necessary to always think ahead, being prepared for everything that comes up to you. As if that were not enough, it’s also necessary to deal with predatory animals, insect bites and even aggressive natives who try to attack Jake. The strongest point of the game is probably the crafting system that requires everything to be created reasonably manually, without compromising gameplay. For example, to make a fire it is necessary to position all sticks in a selected location for the fire, then combine a piece of board, a stick and a dry leaf to create sparks that will bring flames to your fire. However, nature can ruin your plans, causing the rain to destroy your new conquest in seconds, so here we go again to get more material for crafting again.

The same procedure is used to create a bow and arrow, as well as other tools that will be used to cut leaves and hunt animals, such as the pick made with a stone tip and the axe made with plants used as a rope and more stones. That’s the great charm of Green Hell, while it can make more casual players give up in a few minutes of play. Fortunately, the developers thought of people who are less skilled with games of this genre or who are simply curious about the story, and created the Tourist mode with all survival elements disabled. 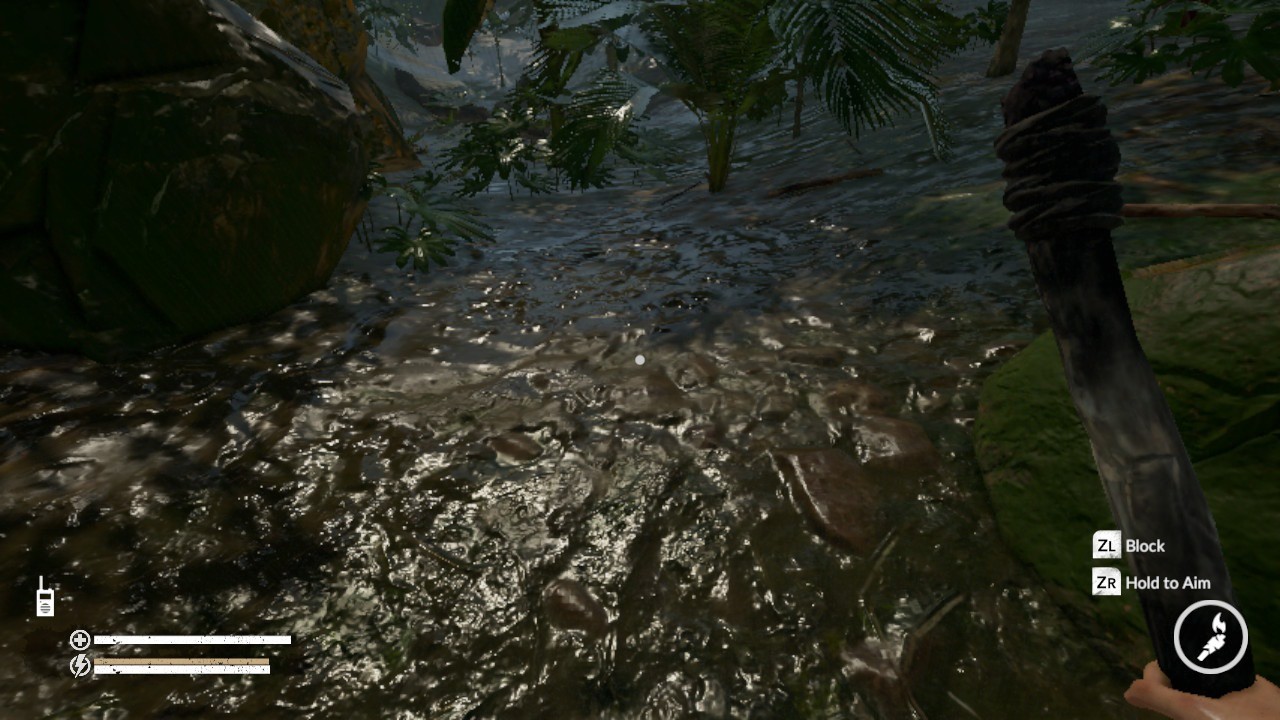 You can also customize all options, making the gameplay as personal as possible for you. However, some crucial points for the game to work continue to exist no matter how much the difficulty is lowered, such as the map that does not allow a way to locate yourself beyond icons so you only have a sense of where you are also using the compass in your watch. Don’t expect something that will take you by the hand and aim your next goal. Green Hell is a quite punitive game when played on normal difficulty, requiring a lot of planning and dedication, because there will be countless times the player will die by carelessness. Part of this is because saving the game is only possible in shelters. But guess what? You need to build these shelters, again collecting items necessary for the crafting, but you also need to worry about the space available in the backpack.

The game is also not kind to unknown plants and mushrooms that are scattered around the scene, since its effects must be experienced before they can be noted in your notebook. This notebook also serves to list your next goals, which, as I said earlier, are often subjective about how to achieve them. However, even with so many demands, the setting of Green Hell is incredible and the story is completely contagious, making you wonder what is coming all the time. The tension is always there, and the sounds of nature, animals and predators nearby are frighteningly realistic. Playing for many hours in a row made me escape reality a lot, and I felt so immersed in those scenarios that I forgot about the world outside here. 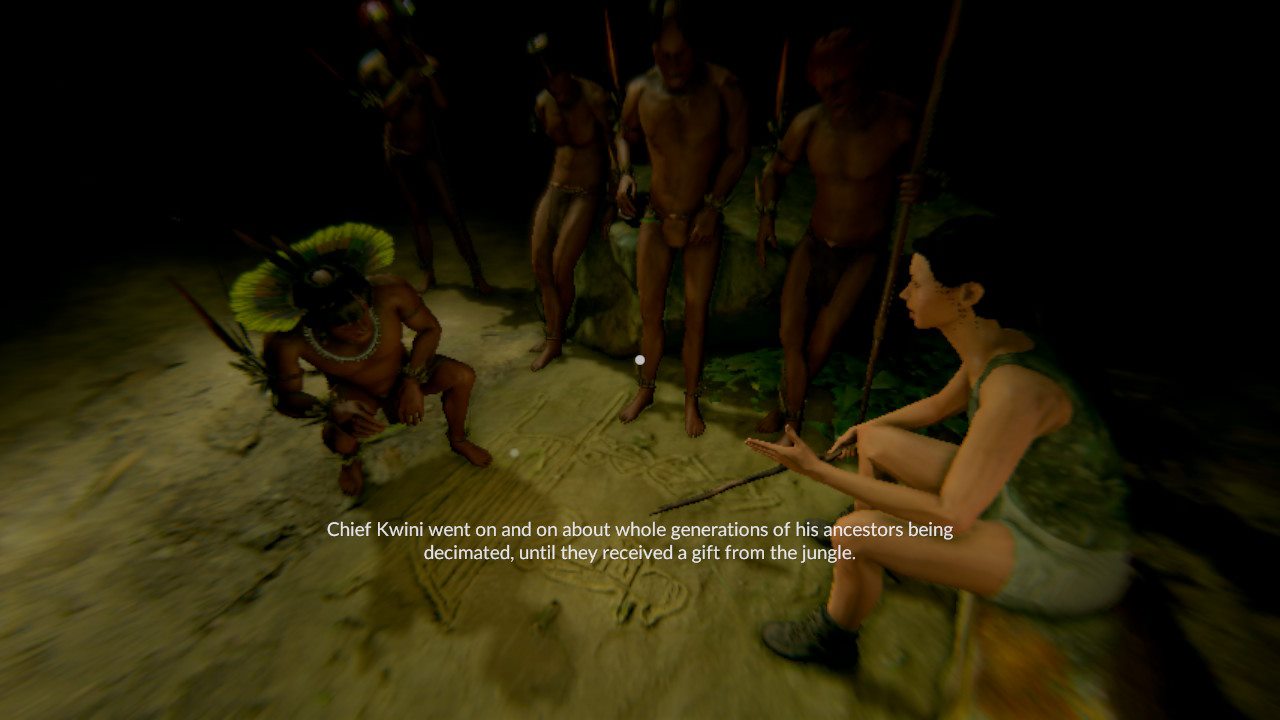 In addition to the story mode, Survival and Challenges modes are also available from the beginning. The first is a free mode, to explore and get to know the game without worrying about any kind of plot and mission. The second is just what the name proposes, in which short and normally timed challenges make the player test himself. The Nintendo Switch version is surprisingly good, the graphics are better than I was hoping – of course, there’s a huge downgrade on shadows -, with the negative point being the objects popping out because of the bad draw distance. Although the resolution is totally fine and, honestly, nothing annoyed me in terms of performance – which could hold normally at 30 fps even with a lot of trees and that forest stuff. However, the notebook and crafting system navigation made through the right analogue stick needs improvement and irritated me a few times, but the worst part was taking off the leeches from my body, which requires a lot of precision. Trust me, it was kinda hard to deal with. And unfortunately there are no plans to add the online mode so far, which already exists on PC version.

Finally, Green Hell is an extremely fun game, one of the best survival titles I’ve ever played. Trying to survive in this completely hostile scenario is an arduous task in the normal difficulty, which I always consider being the correct one since the developers normally create their games based on it as standard. However, luckily there are accessibility options for everyone to have fun, but it’s good to clarify that patience and persistence will be key to progress in the game and unravel both endings available in Green Hell, which I would say are surprisingly above the average. By the way, is this an indie game?! I’m surprised.

No clues. No hope. No mercy. No GPS pointing your next objective. Welcome to the Green Hell!