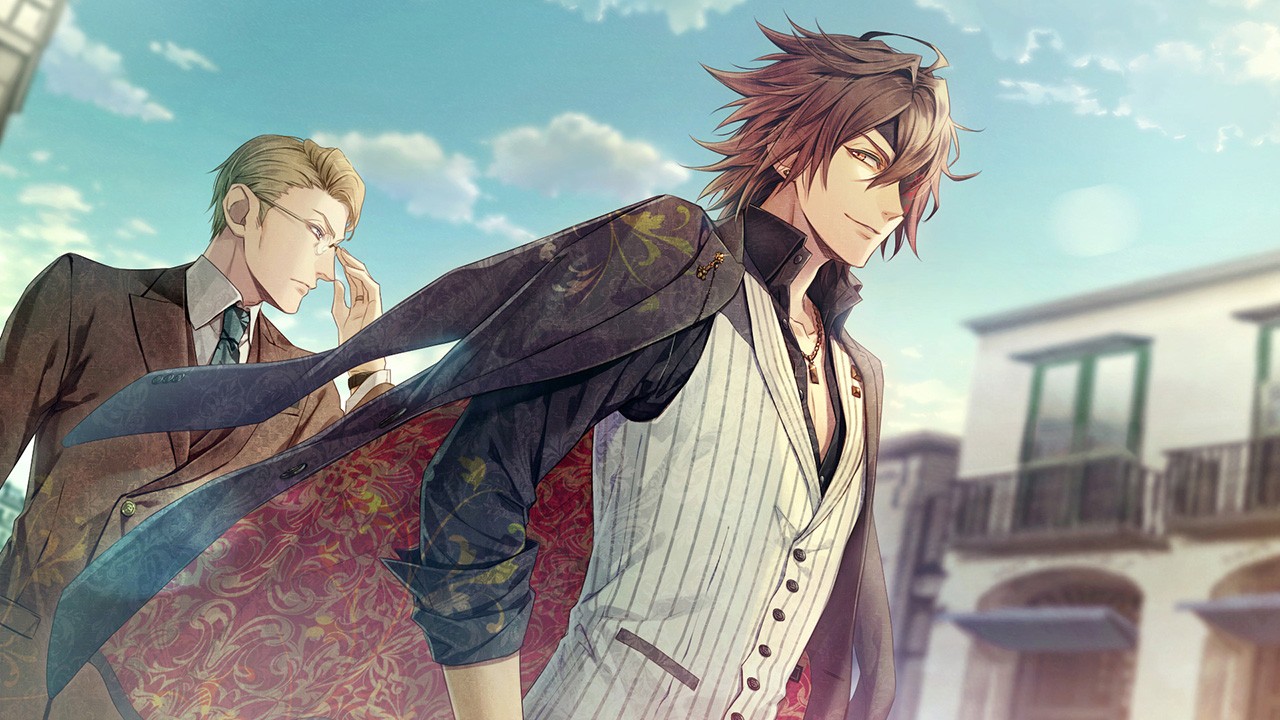 Sometimes, I wonder if the industry might hit another crash after prolonged stagnation. You only need to see IGN’s unflinching review of the latest FIFA game to understand that certain arms of the gaming industry have given up and unabashedly reprint the same hammy ideas repeatedly, often with little to no changes. There are still plenty of random indie titles that try bold new things, sure, but larger names tend to stick with what’s safe and sellable. Aksys Games, along with Idea Factory and their child company Design Factory, are a middle tier gang that has some serious influence in the right spheres and can be absolutely insane with their game ideas. So when I finally see a new otome coming from them after two middling experiences with another label, I get excited. And when I find out that this is a mob-centric game that has some of the worst endings possible, I can’t help but waste away several hours, one relaxing Sunday to see exactly what I had in store.

Piofiore: Fated Memories is the tale of a heroine named Liliana Adornato, whom we call Lili (though you can change her name to anything), who is growing up in a small Italian town called Burlone around the early 20th century. Inexplicably, Lili spent her whole life being raised by the church, which should give her some kind of positive moral compass to help guide her and influence the people around her. I say inexplicably, because, after two prologue chapters to set us up, Lili now finds herself embroiled in a turf war between three factions: the Falzone, Visconti and Lao-Shu families all seek to rule, and Lili is somehow the common key element for all of them. How will this all play out? Will there be peace in Burlone that comes with a price tag of blood? Will Lili find herself a kept woman, or perhaps even a crime lord herself? Or is there even a chance that Lili won’t live to see the end of the story?

Piofiore is a traditional visual novel with otome elements, as we move forward across eight to ten chapters (maybe less, if you get murdered) trying to find solutions and answers for all the men in her life. While it might seem obvious where the paths will head, Lili has to consider upwards of five men who may be the guiding light of her happy ending, or any ending whatsoever. The choices that you’ll be presented with throughout are more surreptitious than most, and it takes a bit of consideration before diving into one pathway or another. There are times where you need to choose the correct answers carefully, because one “wrong” answer will lead to your immediate death (and, as a result, a bad ending). Players should also note there isn’t any neutral path that you can take: you need to choose sides and figure things out, because there’s a massive world of difference between the good and bad endings. Good can be things like living a life of peace and modesty in a restored world, or having a never ending future of pleasure and possibility. Bad can become a caged bird or a sex slave, not to mention the aforementioned murdered that can come at any time. 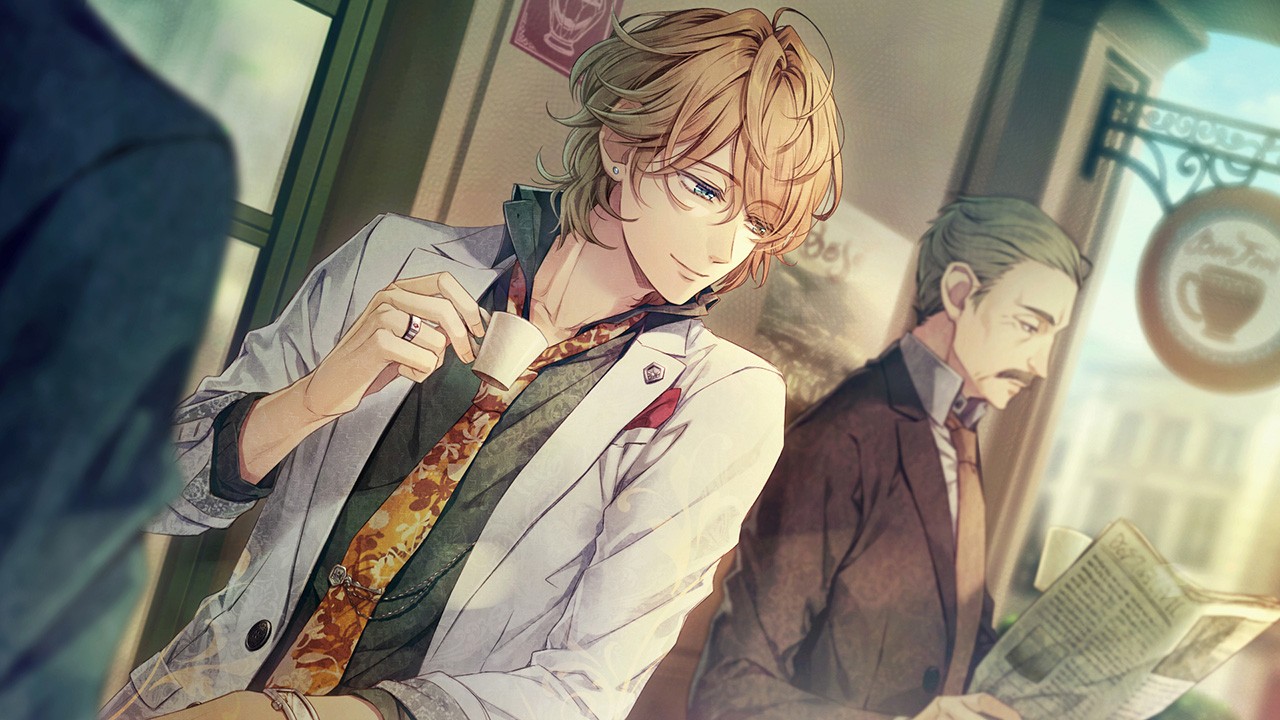 Right away, players will be drawn in by the unique storytelling style that Piofiore unveils before us. The main leads who aren’t Lili are all voiced and have particular tones, accents and emotion behind their deliveries. While the text and the speeches tend to be quite short by visual novel standards, the tradeoff is that they are easily digestible and allow for things to move forward at a brisk pace when the intensity gets turned up. By the time you get to the second chapter, you’ve been greeted by a full contingency of savvy and dangerous men and women, all of whom take a natural interest in your stake in this turf war. There’s a very natural feeling to the way that it all plays out: spoiling nothing, Lili doesn’t just wake up one day and is suddenly noticed by everyone. Rather, she is both the witness and near victim of a crime, is saved by a fleeting moment of compassion, and things compound from there. After too many games where your character is just magically the centre of attention for all men in the universe, it was refreshing to have an organic setup that manifested itself into something more and something more interesting.

Moreover, there is so much of the storyline that doesn’t directly focus around Liliana. With Piofiore, you’ll occasionally get a notification for a side story that pops up with a limited time to check it out. If you choose to do so (and sometimes you have to decide between different choices), you’ll be transported out of Lili’s vantage a la a film cut to see what else is happening behind closed doors, usually with Orlok or another minor character shoved into the spotlight. I absolutely loved this and thought it was a creative masterstroke, allowing the world of Burlone to become more than just a multifaceted love story that could go horribly wrong. Instead, I was really treated to the intricate details of what goes on behind the scenes, and it elevated the game from an otome experience to a stage play, where you can see different characters plotting downstage from the ones hiding upstage. It worked out fantastically and made future playthroughs even more riveting.

As mentioned before, the game divides into good and bad endings primarily, but Piofiore also takes it an extra step further. Recently, visual novels have had “after tales” to give the player some closure on how their chosen routes play out in greater detail. Here, we have multiple after chapters, specifically following the Best and Bad endings for each potential beau that LIliana could fall in love with. This was fascinating, particularly how the chapters played out. For some of them, they felt like natural continuations of the main story, albeit several months or even years into the future. For others, they turned into stark, almost blank interactions where there were almost no visuals, just text and voices, giving gravity of what happened in the main game. This was such a phenomenal expansion to the main story that I had to peek into some of the different slots despite not having finished those routes yet. Please do not do this if you care about the game whatsoever, as it was FULL of spoilers immediately. Or, if you’re impatient and don’t mind, go spoil away, you can piece together the good and bad endings from the subtext of what happens in these after chapters. 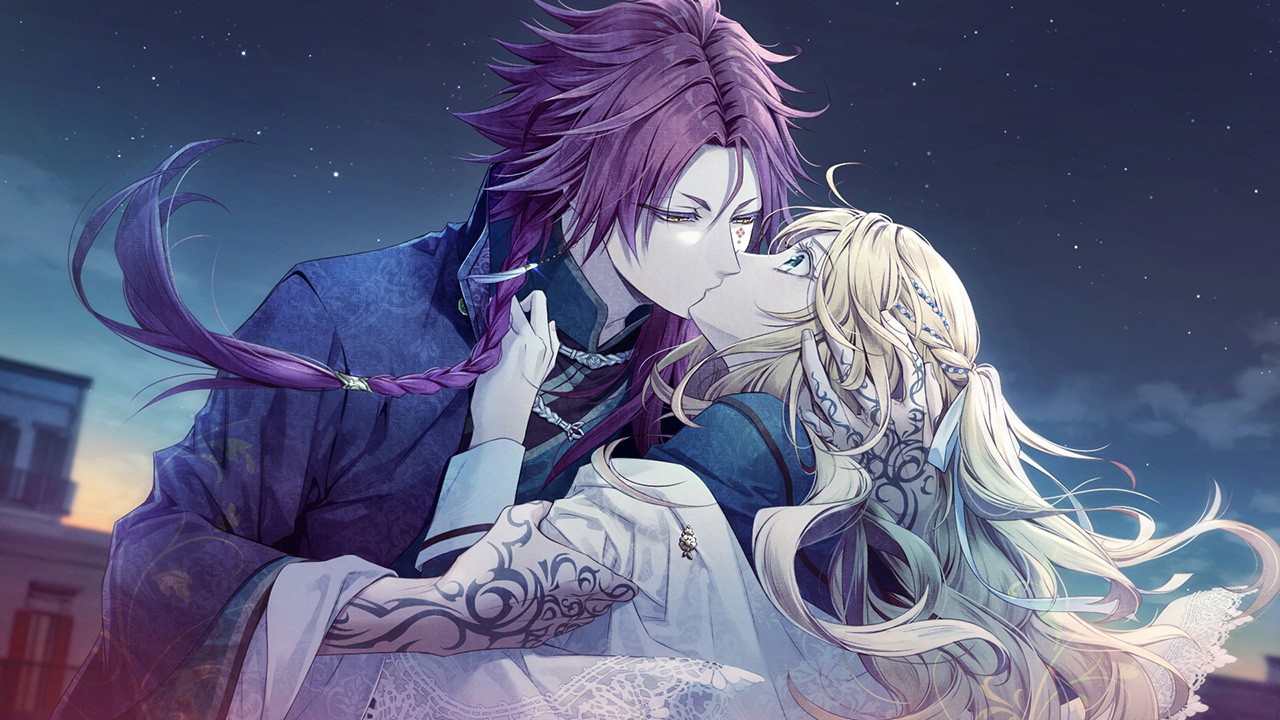 Once again, I appreciate that we have a solid female lead in Lili, though she is still a bit flimsy in terms of decision making and power in her own right. Far from being a lilting flower, Lili still feels dreadfully unsure of what she needs to do unless she’s heading down the right path which I think leads into why the good and bad endings are so wildly different. There’s a very clear divide when you suddenly turn a corner: the mentality and emotional backlash you get from the men can ramp up suddenly, though I will admit I was shocked when I realized Nicola and I were heading for a bad ending. Oh, and if you really want to dwell on something far too long, take a moment to appreciate the art and the slightly bizarre sensation of seeing anime pretty boys done up in Italian suits and tilted hats. The Lao-Shu gang all have traditional Asian garb, so they oddly don’t stand out as much in the game sense (but stick out fantastically in the little town of Burlone).

Piofiore: Fated Memories is a unique tale that will ask many, many hours of you to find all the endings and all the extras that can be discovered. You’ll want to enjoy those side stories in their fullness, and the localization/translation teams have done a great job of making sure the syntax is spot on and has great fluidity. Though it will not unseat any of my current favourite visual novels, I will say that it’s one of the better otome, particularly on the Switch, and players will discover some truly shocking moments if they are ready to dive into the world of honour, betrayal, blood, love and power.

Far from being a moe Godfather game, Piofiore balances the pining of otome titles with a very real power struggle and quest for blood in old Italy.