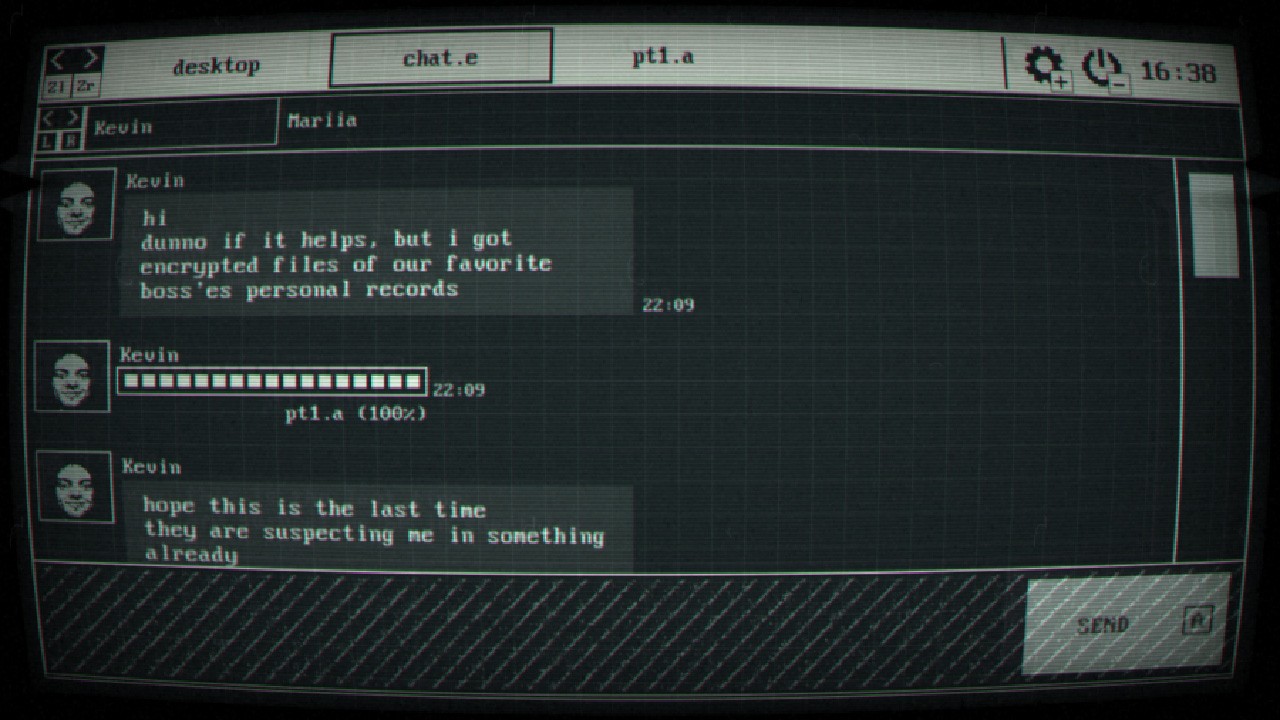 You log in to your profile at Mantis Inc., a leading tech company working in weaponry. Security engineer James Garner is used to decrypting company files as part of his day job but, one night, your supervisor sends you a mysterious new batch of messages to work on. You slowly realise you’ve been asked to hack into some weird sort of love story, for which you’re only able to view one side of the conversation.

Unusually, when loading up Nestor Yavorskyy and Konstructors Entertainment’s indie puzzler sim Sorry, James for the first time, you’re greeted with a login screen – as if you’ve been transported back to the 80’s and you need to access one of the first desktop computers. Whilst trying to set the tone, it wasn’t clear exactly what you would need to do to progress and, you know, actually get on with playing the game. After spending time trying countless combinations of user names and passwords I fortunately, and very luckily, stumbled upon the right answer. It turns out the details you needed where on the title’s Nintendo Store page. Pretty confusing, and not exactly the best start to the indie puzzler. Once you’ve finally made it in, you need to decode a steady stream of private messages you’ve been sent by your superior, by solving innovative puzzles that take their cues from retro classic minesweeper and 00’s sensation Sudoku. 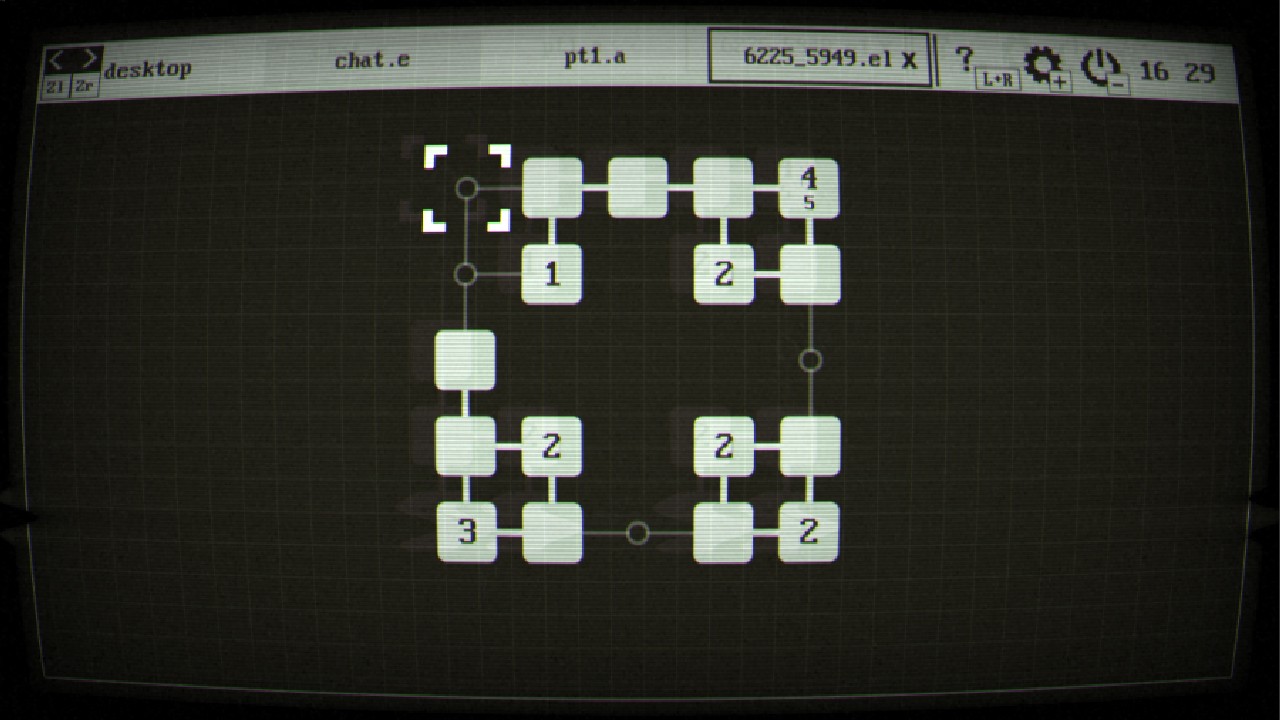 Progressing further into the game, and unlocking more documents you need to uncover, different mechanics are slowly added. Like The Witness, for example, you’re not told how these work and each time you need to discover for yourself how this new mechanism works and how it affects your decryption technique – creating a fairly steady difficulty curve that really ramps up towards the endgame. It’s easy to find yourself getting stuck on some of the more difficult levels.

There’s a great deal of mystery surrounding this whole process; you’re not told what’s going on, who your company is, or even what you’re trying to unearth from within these secret messages – and this is evident throughout every aspect of the game.

The experience it creates as a whole is really immersive, especially for what is, in essence, a fairly simple puzzler. The striking, slightly fuzzy, black and white graphics and electronic sound effects give a real retro feel. Add in the momentary lag to any clicks or movements you make, it’s like you’re playing in the 80’s, on one of the early home computers. Whilst an interesting idea, it’s distracting, and the lag turns from neat to frustrating pretty quickly. After a while, it makes the whole game nigh-on unplayable. 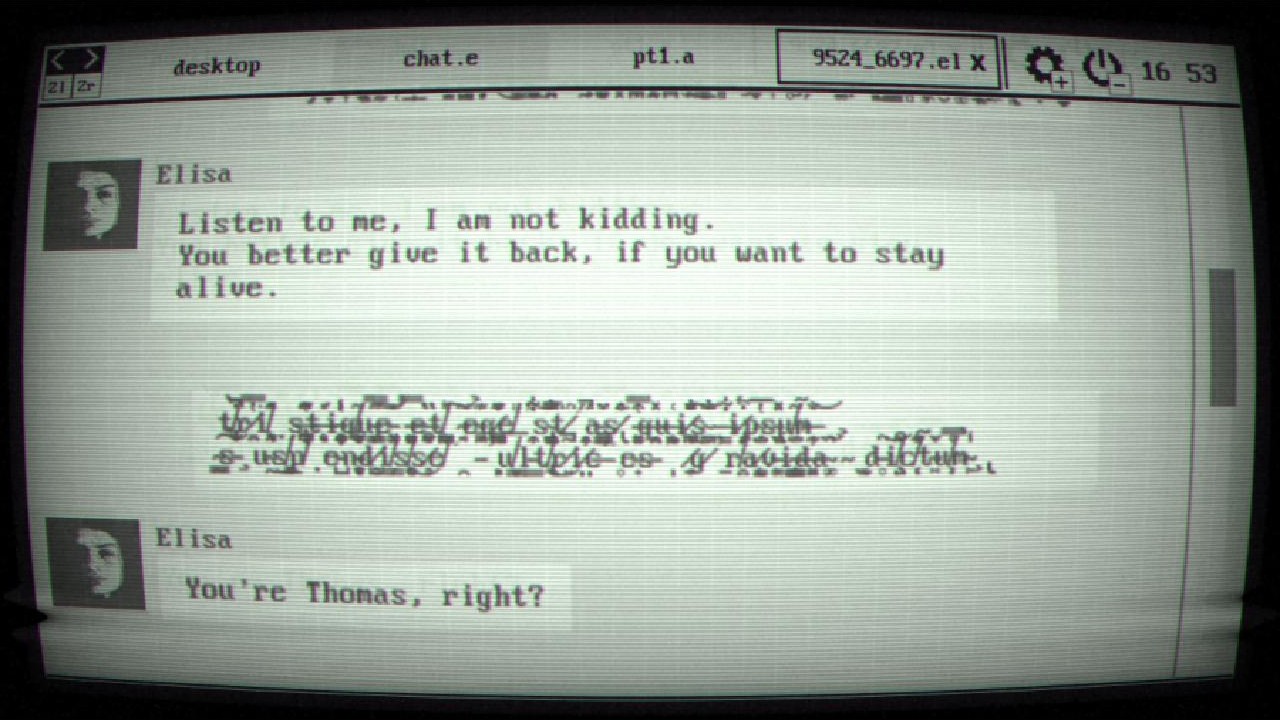 And it’s not like it’s difficult to play either. For a game where you’re left to your own devices to figure out what’s going on, it’s actually fairly easy to get to grips with, which only makes the technical difficulties even more disappointing. The buttons on-screen are labelled and, even without the optional controls key on display, it takes only a moment to get your head around them.

It’s the titles relative lack of user-friendliness that would make it difficult to go back and replay. The puzzles would be the same and, with a difficulty curve that takes a while to get going, you’d find the earlier levels a bit too straightforward second time around.

At the end of the day, Sorry, James, is a good simple puzzler that leaves you to your own devices to discover the story behind the game. But intentional technical problems, caused by the unique 80’s home computer style, make it both irking and nearly unplayable, ultimately letting the final product down. Plus topping out at only 50 levels, you’re left really wanting more.

You really feel like you’re left to your own devices to discover this game for yourself, and the puzzles themselves are genuinely interesting. But, ultimately, the intentional technical problems are a real let down.