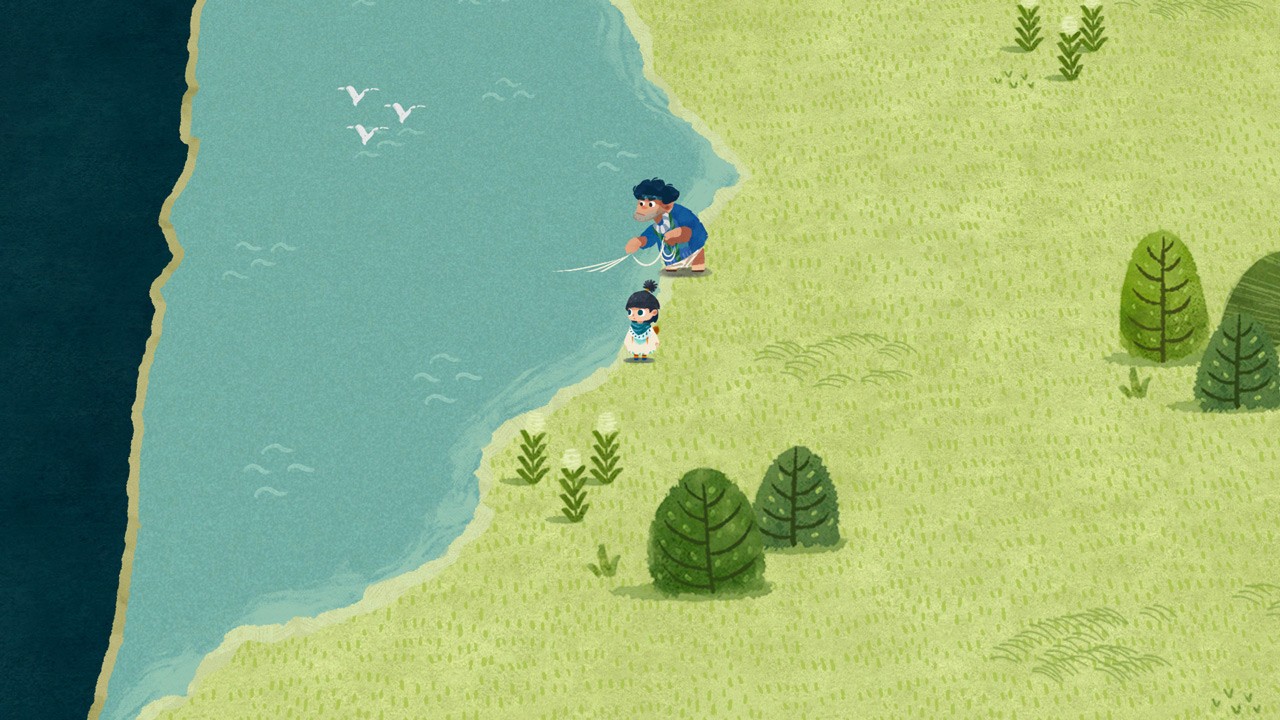 Being a sucker for illustrations, Carto caught my attention with its storybook presentation depicting a small girl navigating an island of pastels and pleasantries. This could be a decent island adventure without the fear of nasties, and just something to chill out with. Then, watching the trailer further for the game, I see that the girl can manipulate the world map by placing other parts to make a new map. Sold! Let’s give this one a go and see if it’s any good.

Warming to the visuals with the gameplay, I was a bit disappointed with the cutscenes as they were cut out sequences that were in the same aesthetic as in-game, only they didn’t have the charm. Still, we don’t play cutscenes, so once this little Wizard of Oz-like montage passed, I was on a small island tile.

Within the first few strides of exploration, I picked up my first map piece, shifted to the world map and was able to place a new part of the island. Bear in mind that you can put these parts anywhere on their own, but when placed next to another part of the map, it has to meet correctly. As if it were a jigsaw piece, the parts have to connect correctly. Initially though, each part you find you can mostly place next to each other early on, meeting the locals as you progress. 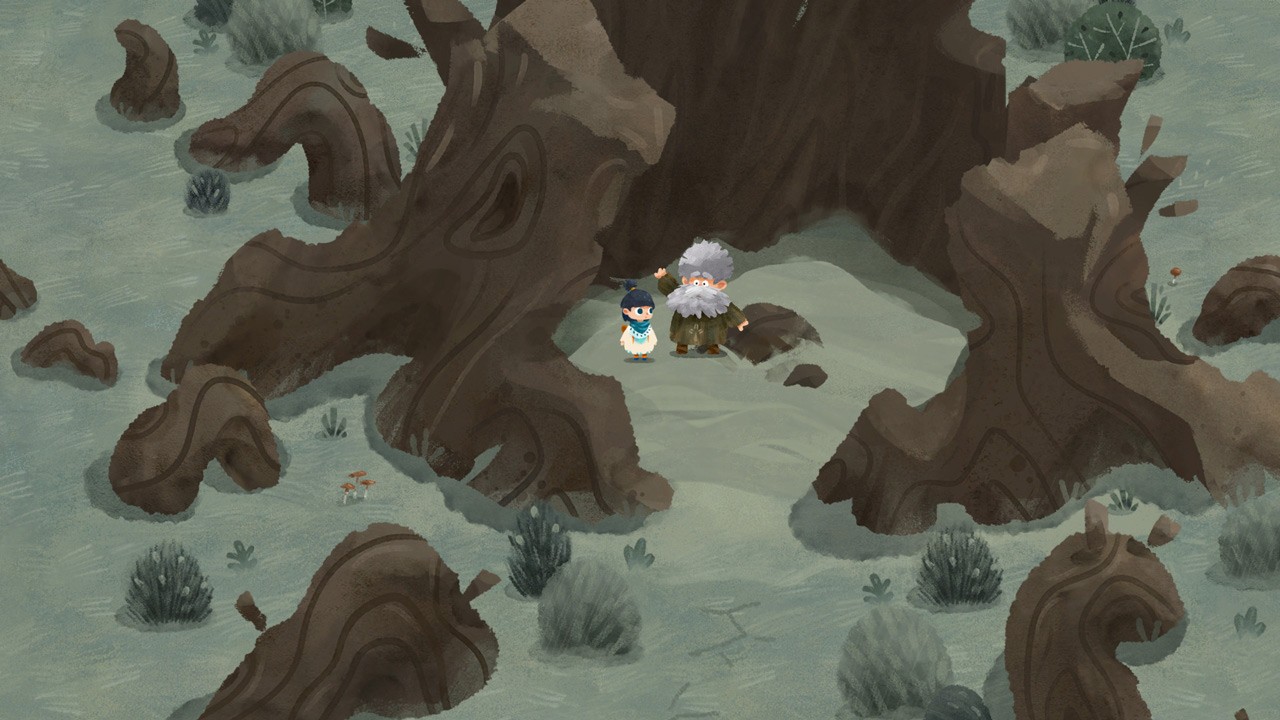 Before long, you’re getting familiar with the locals to find out that to get off this island you find yourself occupying, you need to reach the ripe age of 15, and a boat from the North will come to take you away. The directions are simple enough – you know which way North is on the map, but to get there, you have to place the map pieces accordingly, and they don’t always fit. A massive advantage, however, is being able to move the map piece you currently stand on. This makes it much easier to reach new places and unlock new areas.

Conversing with the locals will set new tasks such as helping them find their home. They will give you the location they live, and your goal is to manipulate the map to unlock the area. This could mean finding the relevant paths, but also lining up the matching pieces. It also applies to the terrains as Carto covers numerous island themes where you not only have to match the shape of an island, but also the density of the terrain.

It isn’t as complicated as it may sound and so some small degree, Carto is a bit of a zen-like puzzle game as there aren’t any elements of frustration or any urgency to get things done. There’s bound to be some who’ll brag and say it’s a cakewalk. Still, while it is on the more accessible side, there were lull moments of getting the map built in the right direction as something you will be able to move the parts, say North, but as they’re in the same formation, you won’t unlock any new paths or map pieces. Experimenting, at your pace, is encouraged. 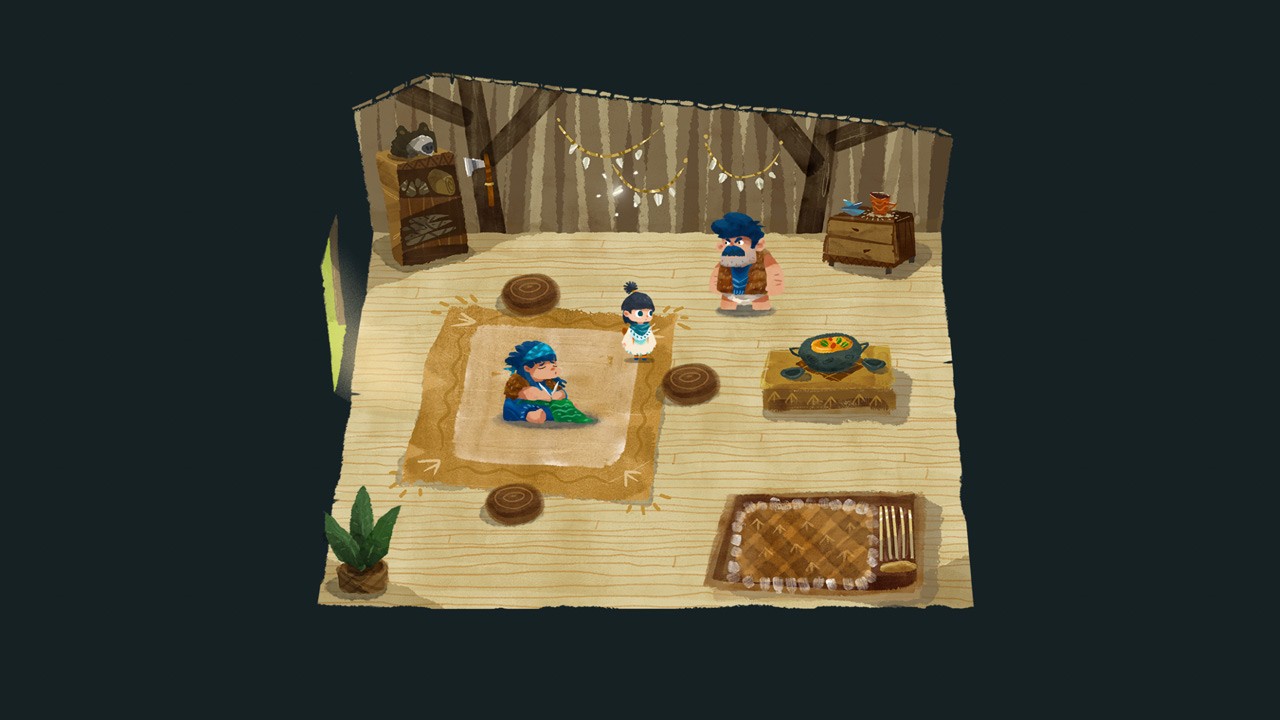 It’s not that I was blown away by this gaming mechanic, but it was very impressive at first, but like anything, you eventually become accustomed to it, and while it’s no gimmick, it’s not the same as before. It’s Carto’s selling point besides the rather lovely presentation as the actual gameplay of exploring the islands and talking to NPCs isn’t that exciting. However, that new bit of discovery where you’ve essentially created it through your ingenuity of map placement is regarding and makes you feel like an architect, even if the locations are somewhat laid out for you to uncover.

On this basis, Carto does get mildly repetitive. Unlock the various map pieces to lay out a connectable path to explore, speak to the locals to find out how to get the little girl home and then move to another island once more. While it looks like an old school isometric RPG, there’s not much going on in terms of gameplay when you wander the isles – the key is in finding map pieces and then locating your goal. It doesn’t sound much of a sale, but it is an enjoyable one, and it is interacting with the NPCs that build on the experience.

Other than the one unique feature of the map orientation and puzzle elements, there are no other individual elements that make them stand out. But, fused in the melting pot of puzzle adventures, the art style, charm of the residents and calm approach to exploration make this yet another title worth kicking back and taking it relatively easy. That’s not to say that every single puzzle is a paint by numbers as you have to think out of the box for a handful of troubling tests. Again, it’s never enough to push your buttons and throw your toys out of the cot. A pleasant adventure which somewhat loses its narrative drive, but makes up for it in mild escapism.

A puzzle game at its core with some exploring to do as well, Carto is as pleasant as the storybook aesthetic it represents, though does lose the thread a little. The map mechanic is unlike anything else and worth the experience.