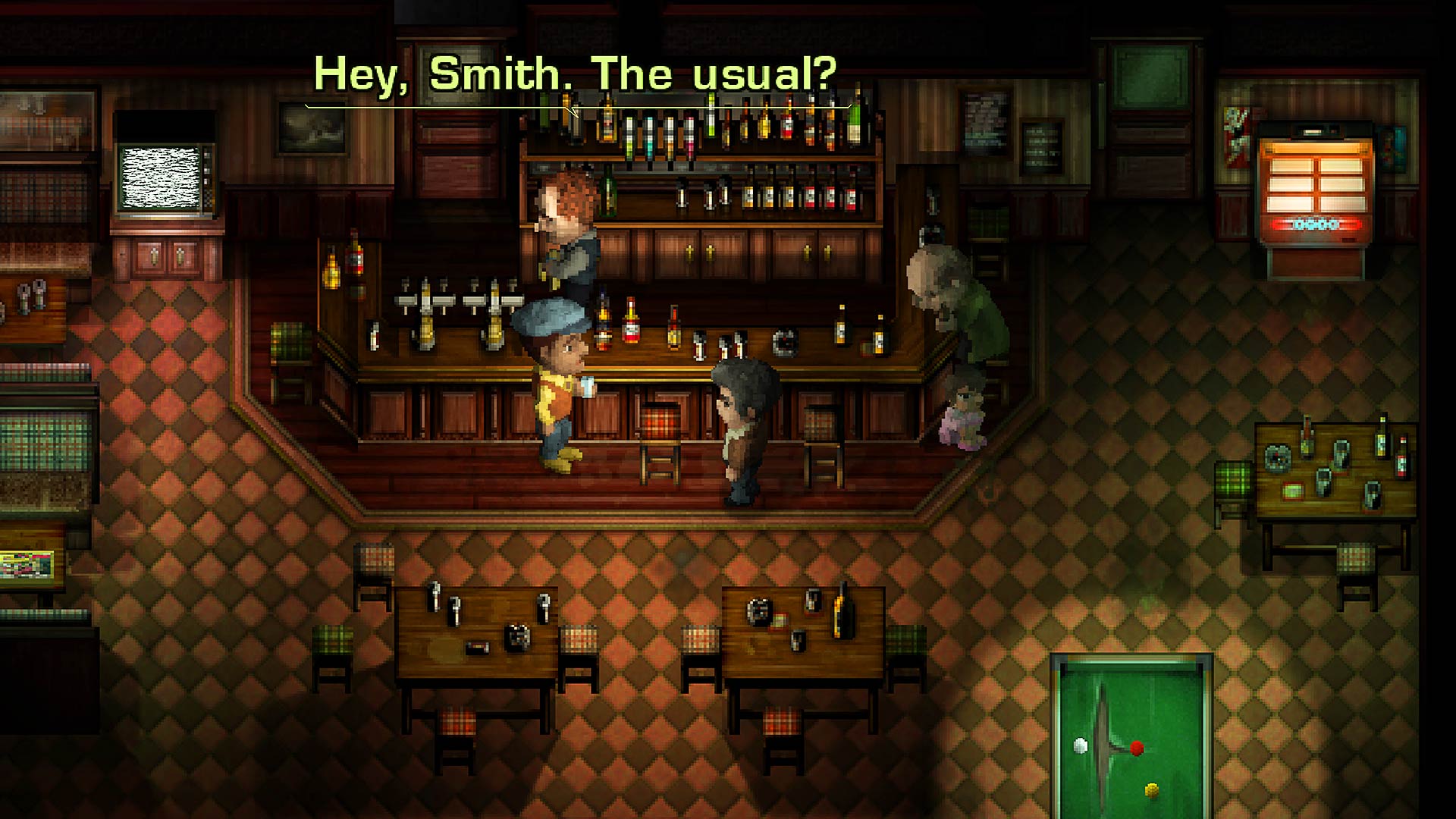 2Dark is stealth adventure game from Bigben Interactive, with Frédérick Raynal, the creator of Alone in the Dark, as the mastermind behind its dark, gloomy atmosphere. This Indie title is dark, in every sense: Not only are the 2D levels full of dense shadows where only ambient light from occasional candles and lamps help the player navigate, leaving former detective Mr. Smith overly reliant on flashlights, lanterns, and his trusty lighter. But beyond that, the themes here are extremely disturbing, with deranged psychopaths kidnapping children to do a whole host of nefarious things with them. I don’t want to give away any plot spoilers, but trust me when I say 2Dark is not for the faint of heart; it is a story full of woe, and there’s an entirely appropriate warning that it’s for mature audiences in the introduction.

Our story began with a cut scene from seven years ago when Mr. Smith and his family went on a camping trip. 2Dark doesn’t wait to set the tone of this nerve-wracking adventure, and players are immediately greeted with the brutal, unsolved murder of his wife, and the disappearance of his two children (onto what appears to be a ghostly or demonic school bus?). From there, our “hero” starts to uncover a deep, broad crime network in the city of Gloomywood, which involves numerous level locations full of bloody, gruesome details. With only a .38 revolver, a flashlight, and his trusty cigarettes (which players smoke to save their progress), Smith sets out to find out what happened to his kids while rescuing missing children from Gloomywood’s most disturbed residents.

The problem is that 2Dark is not scary and suspenseful enough to truly feel like Horror, but it’s also not ridiculous or tongue-in-cheek enough to be a Horror Parody. It lingers in the middle — undeniably stealth, but in lukewarm waters regarding plot genre or focus. It relies on tropes without mocking them and doesn’t even try to reinvent the wheel when it comes to 2D stealth. It’s a conglomeration of elements that, packaged together, make it impossible to 2Dark to truly excel at any one thing. Smith has to conserve ammo, find clues to progress the plot and be smart with things like levers and traps, which lend well to a Survival-Horror undertone. But there are also some cheesy gimmicks, like pitfalls, spike traps, and other instant-death obstacles that are concealed by the darkness, making it essential that players navigate carefully, and with as much light as they can muster. 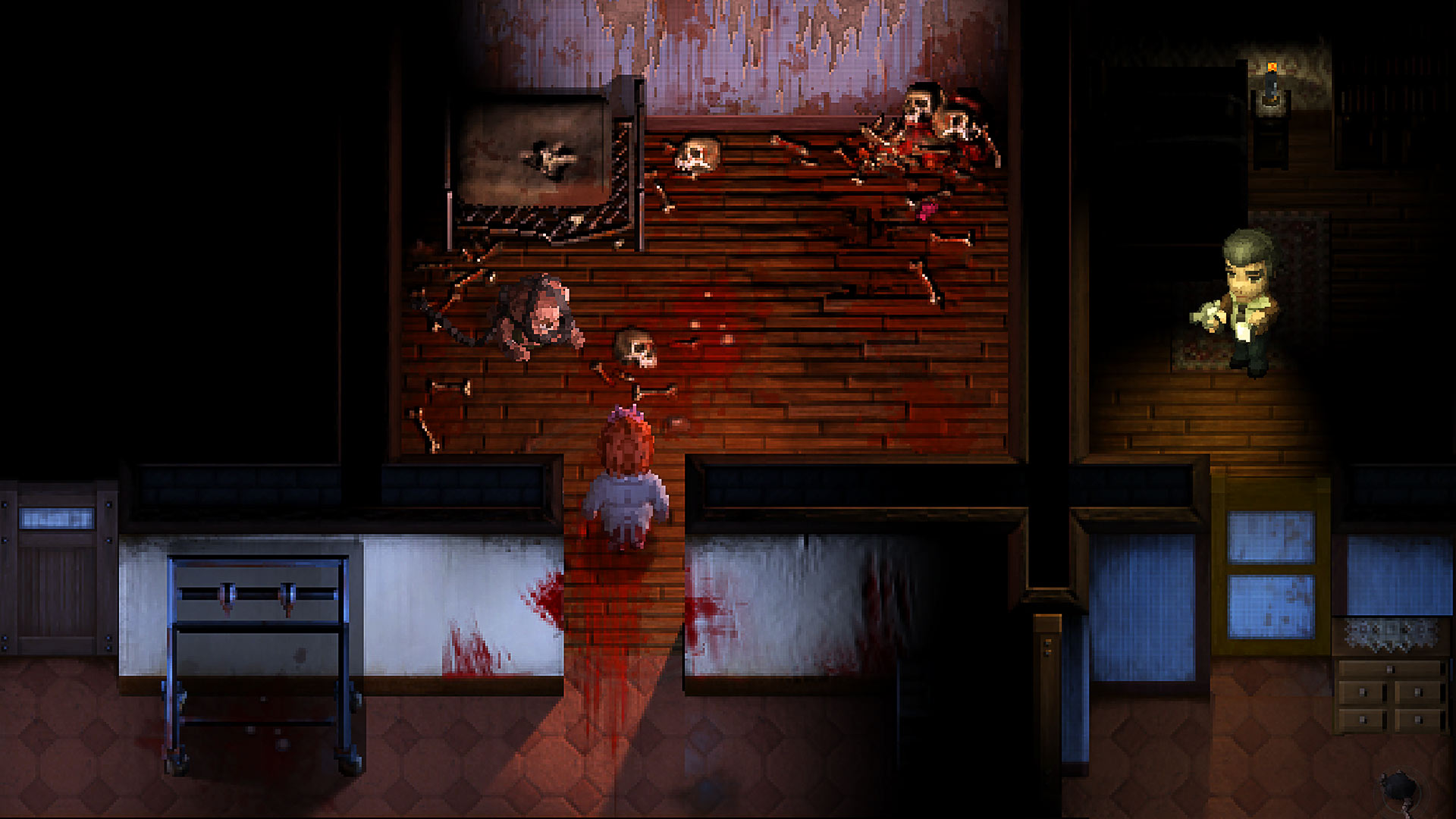 The horrific events of the opening storyline and overarching question of his family feel diluted, and they fail to evoke sincere sympathy given that our protagonist seems to condone murder. Perhaps Smith merely sees stabbing, shooting, and otherwise maiming Gloomywood citizens as an acceptable means to an end as long as the target is morally corrupt – or even just morally questionable? Considering that Smith can slay receptionists, security guards, and other characters who might not know the full story of who they are employed by.

2Dark is a pixel-style, top-down 2D Adventure game, so the graphics naturally feel dated and retro. However, they’re done well, and there’s a polish to it that makes a pixelated world still convey gloom, good contrast between light and shadows, and a big helping of gore. On the PS4, the button configuration and controls feel intuitive, but that’s not to say they’re quick and easy – changing the items in your hands, especially after your inventory fills up with both useful and unnecessary objects, is exceedingly difficult if you’re running from an opponent. Part of the Stealth challenge in 2Dark is knowing which piece of equipment to use, and when to wield it while having a backup plan in case you have to retreat or fight on the run. At times, items need to be combined for Smith to unlock his next mission, and the system for cycling through your inventory to use object A with item B is a little clunky, but it’s a mild inconvenience. Beyond that, picking up items require Smith to just bump into them, a feature that is very useful if you’re skulking in the shadows and accidentally find some batteries or lamp oil.

The soundtrack is pretty basic, but it fits with the overall theme of 2Dark and its gloominess. The voice acting is limited to Smith’s narration in cut scenes, plus a few phrases or sounds (like kids shrieking, something that is particularly risky in a Stealth title). There’s no way to restore health if Smith takes a few hits, which lends to the sensation of being reliant on sneakiness over a guns-a-blazing tactic. I loved being able to sneak up on unsuspecting opponents and backstab them – once I located a knife, or something similar, that is – but for the most part 2Dark rewards players who think outside the box. Many boss fights and even just common obstacles have multiple solutions for getting past them, and there are lots of opportunities to use the environment to your advantage. Still, the gameplay in 2Dark can be exceedingly frustrating at times, and I forced myself to get into the habit of saving often and taking a break routinely to stretch and avoid ragequitting a level. 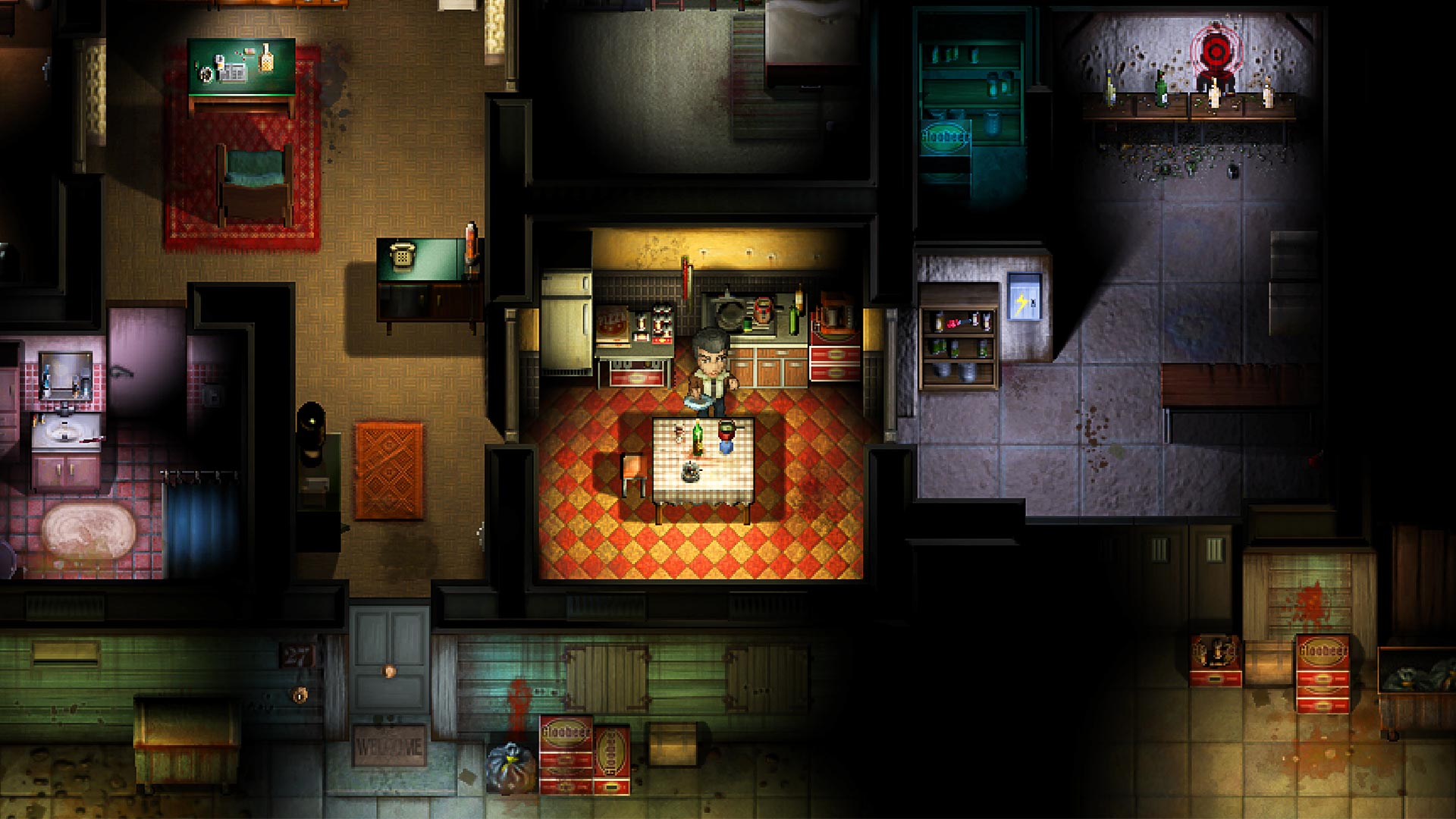 The puzzles are a combination of practical item usage, and nonsensical touchiness – my biggest moment of confusion happened between levels when I was at Smith’s apartment because I couldn’t figure out how to trigger the next location appearing on the map. It turns out, all I had to do was check Smith’s filing cabinet for information on the boss of the next setting, and then I got the notification that my map had updated. Fortunately, for the most part, I spent most of my time in 2Dark assessing situations and coming up with a plan of attack concerning opponents rather than unlocking new areas using some random object found on the floor, and the sense of accomplishment kept me coming back for more time and time again. It took me ten hours to defeat the game as Mr. Smith, but I would have liked a little more meat on the bones to justify the steep £24.99 / $29.99 USD Playstation price tag.

Bigben Interactive’s journey into Gloomywood is a grim one, full of heinous acts against children and grim secrets, and 2Dark does an excellent job of driving home those terrible themes. Smith is a haunted man, one plagued by the death of his wife and his missing children, but I still found it difficult to understand how our protagonist could be so calloused about slaughtering everyone in his path even if it meant saving innocent children. 2Dark relies a little too heavily on gruesome scenes of murder and mayhem, and its assumption that the plaintive cries of trapped children will make the player empathize with Mr. Smith and his plight. The volume of tropes and Horror movie clichés present in this title is staggering, from twisted clowns to Dr. Frankenstein-inspired scientists, to chainsaw wielding men wearing pig masks.

Ultimately, I wanted to defeat 2Dark and unlock the rest of the story for the sense of completion, rather than an overwhelming need to know the ending, which is a shame for a title that relies on a plot-driven adventure. But there are tremendous challenges to be overcome in Gloomywood, and victory is especially sweet when it’s paired with murdering bad guys and saving cute little kids. As long as you don’t object to intense violence, mature content, and even sexual themes, 2Dark is a modern pixel thriller that challenges players to dust-off their Stealth skills and thinks outside the box. I tip my hat to Frédérick Raynal and the Gloomywood studios team for their contribution to the genre(s), even if 2Dark somehow manages to straddle the fence between numerous categories without being excellent in any.