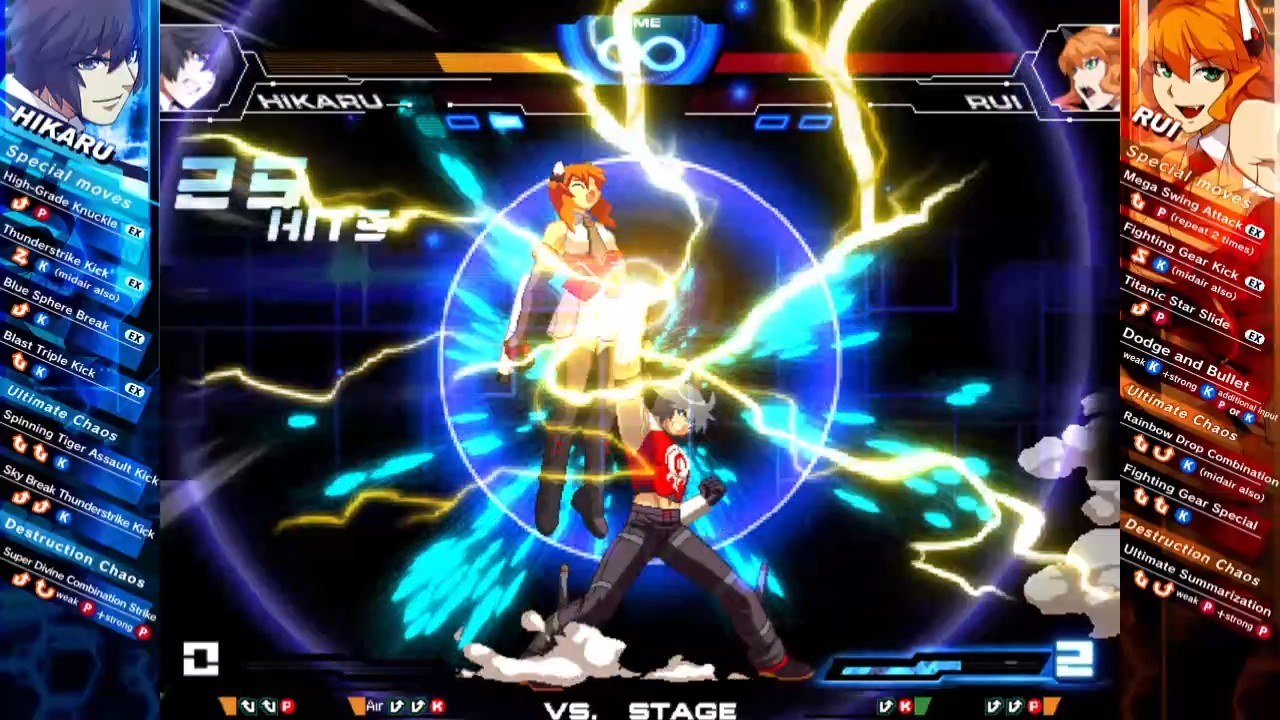 Another 2D fighter on the Nintendo Switch will either be welcomed if you’re a fan of the genre or dismissed as being old hat and no longer current. If you fall into the first example, you’re going to be pleased with Chaos Code -New Sign of Catastrophe-. While it doesn’t break new ground in the genre, it’s still worth trying out, even if you’re not too fond of a 2D beat ’em up.

Anyone growing up in the 90s will know that Street Fighter 2 was like getting your 5-a-day and even if you didn’t like it, everyone had at least played it. While the beat ’em up continues to perform with the likes of the Mortal Kombat and the Tekken series, they’ve left their roots behind when it comes to the visuals, and instead opt for 3D.

There’s still a huge fanbase out there, and anytime a title such as Chaos Code -New Sign of Catastrophe- comes out, you can be sure there’s an eager audience. Not being familiar with the title, I went in open-minded and left feeling fulfilled. The creators definitely know their genre, and when it comes to gameplay, it does not disappoint. Then again, considering the publishers are Arc Systems Works who have the Guilty Gear and BlazBlue franchise under their belts, you know that you’re in good hands.

If you’re interested in the plot, let’s fast-forward to some time in the future. The world has become dependent on ‘Chaotics’, a source of energy invented by Dr Tesla who disappears, leaving the message ‘Chaos Code’ behind him. 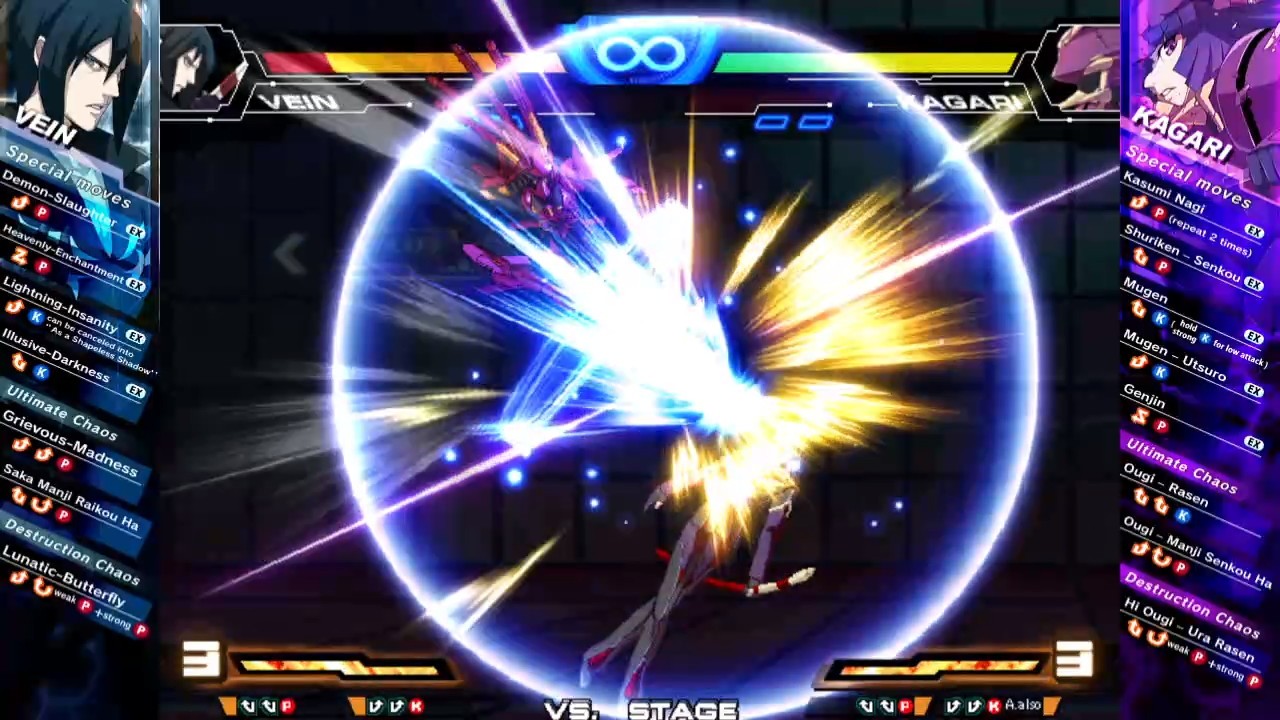 The United Earth government issue a bounty for his whereabouts and to figure out what the message means. As you’d expect, each character has a past and reasoning behind signing up to decipher the message, and understandably, fight one another in the process in a typical two round set up, with a plethora of special moves exclusive to each player.

To begin with, there are 16 different characters to choose from. There’s the generic selection of the two rivals who are good all-rounders, out of proportion brutes that are slow as anything but pack a punch – literally, then, of course, the bulk of the female characters that are blisteringly fast with their combos but aren’t so tough.

Pick a character and then go up for about seven stages of one-on-one fights; each character having their little storyline that concludes should you beat the end boss. Very much like the games it replicates, the cutscenes are basic, usually consisting of a static image or two with some cheesy dialogue. Beat ’em up fans could ask for nothing more. Interestingly, you can unlock a mode to view these once you unlock them, but they’re nothing like the days of Tekken 2 where you would unlock a CG movie for every character. The sequences in Chaos Code -New Sign of Catastrophe- are a little flat and a bit disappointing in some respects.

But, you’re not here for a slideshow, so when it comes to the fights, Chaos Code -New Sign of Catastrophe- excels in every way. Combat is slick, fluid and opens up to a wide range of playing styles and abilities. Ignoring the difficulty settings, the game is easily accessible to button mashers, and they’re rewarded with some funky moves without having to pull off a bizarre sequence of joystick positions and buttons combos. And best of all, there’s no need to pause the screen for the moves as they’re on the bezel of the screen. 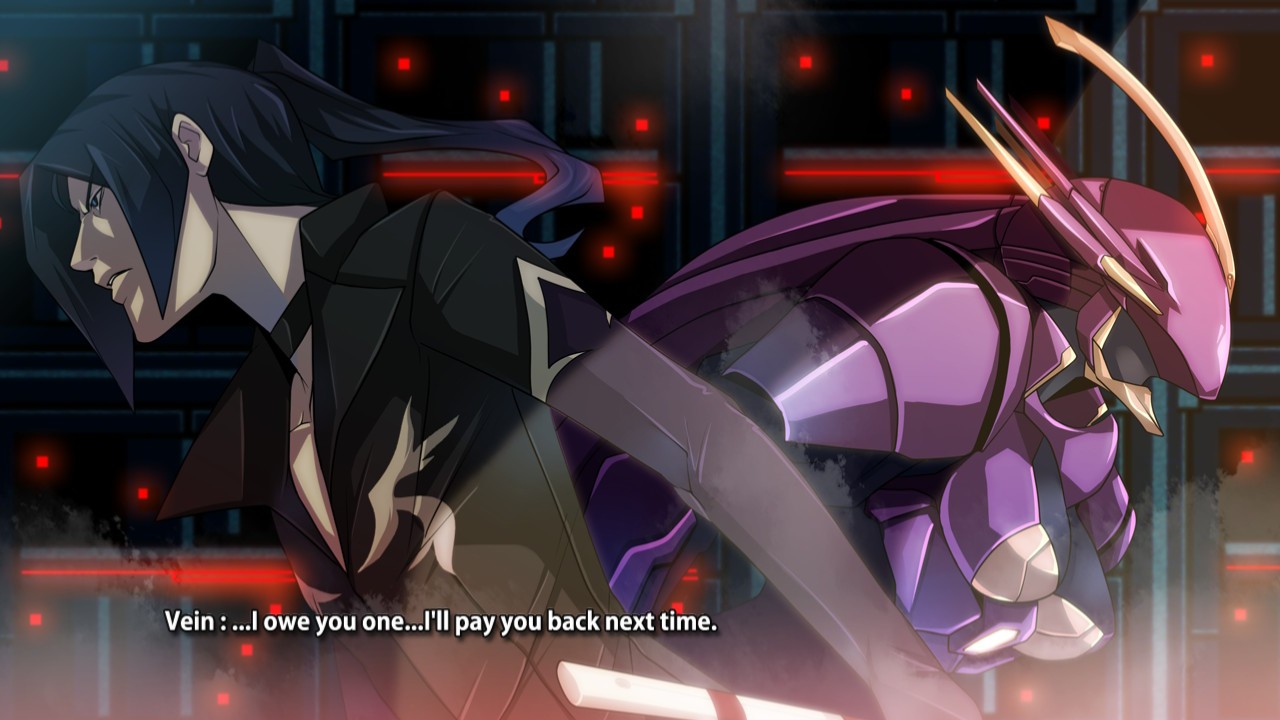 That’s right, Chaos Code -New Sign of Catastrophe- is also in the 4:3 ratio, so it’s like playing one of the arcade machines mentioned at the start. As for the overall presentation, the game looks like it’s from the Dreamcast era. That can either be a good or bad thing, depending on what side of the fence you sit, but as 2D graphics go, Chaos Code -New Sign of Catastrophe- is pretty decent, though, with the recent Under Night In-Birth Exe: Late [cl-r], it trails a bit when it comes to the visuals. That said, it makes up for it in gameplay.

Other than the arcade mode and typical VS mode, there’s a Survival Mode, Practice Mode and Mission Mode tailored for each character. You probably won’t need the Practice Mode unless you take this sort of thing very seriously as even on the standard setting, the game can be quite easy. That might not necessarily be down to weak AI, but the fact that the game feels so natural to play. As a non-competitive beat ’em up fan who loves the Mortal Kombat series, I’d wager that I’d be better at this game than the 1000’s of hours I’ve put into those over the years. You can either play with the analogue stick or the d-pad. The former is better for pulling off projectile-like moves, but the d-pad is good for when you really want to nail the other guy with fast attacks and not mess about with specials.

Looking at the more recent Under Night In-Birth Exe: Late [cl-r], that wins hands down in terms of visuals and features. But Chaos Code -New Sign of Catastrophe- equals, if not exceeds the playability as it’s just so fast without it feeling like Killer Instinct and has a move set that is as easy to perform as selecting your character and customising their appearance from the menu screen. As can be expected from any fighting game, this is great as a two-player with friends or family. Based on the current situation, I could only play at home with family members. Thankfully they aren’t as good as me. If you’re looking to play friends or strangers online,  however, you might be disappointed to hear that there’s no online options or minor features like leaderboards. That said, there’s a lot to offer when it comes to playing through each character’s story, learning their skillset in preparation for going up against a friend, and of course, being able to customise them when it comes to appearance and a couple of moves.

One for beat ’em up fans and if you’re keen on games such as Street Fighter 2, Fatal Fury and the Guilty Gear series, then this will fit into your hands perfectly. There are a good amount of characters – not too many, but enough to learn their skillsets. It’s certainly easier than most, so die-hards may need to up the difficulty.