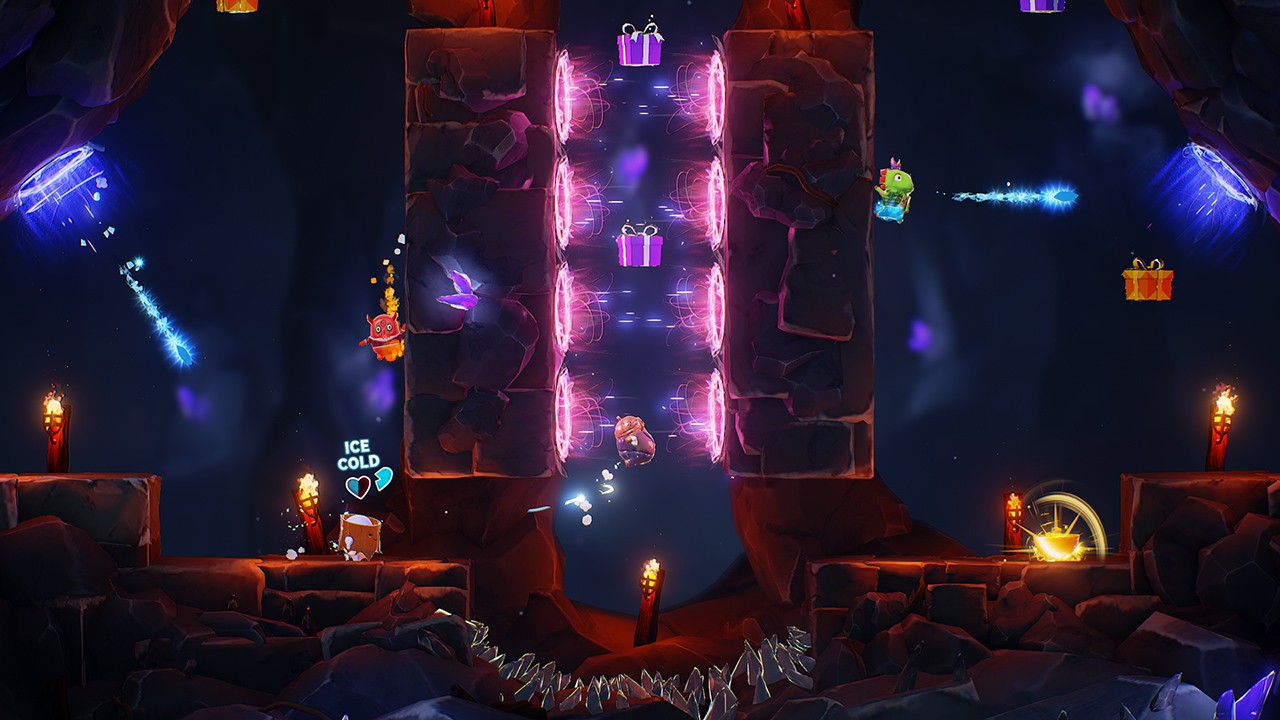 Have you ever looked at your butt and thought, “that could be a lethal weapon”? Chances are you haven’t, though if you have there’s no judgement here, we all have our vices. Either way, that’s more or less the tagline of Brief Battles, a game in which your booty is the only thing between you and victory. As a concept, I think it’s great, running a fine line between being reminiscent of Captain Underpants and reminding me slightly of Kim Kardashian. Unfortunately for this game, like a disappointing butt, it falls a little flat and doesn’t seem to have many nuances, other than your ability to throw your pants at someone.

Publisher Juicy Cupcake (I feel like I see a theme emerging with these guys) tried their best, and it wouldn’t be fair to say that I didn’t enjoy playing this game. The gameplay is pretty simple, you get the chance to give your avatar a whirl before the first game starts. Joystick to move, X to jump and double jump, triangle to super-jump, square to throw your underwear at people and R2 allows you to butt slam your opponents. The choice of characters is varied enough, with my favourite being Chad, and Professor Tubbins. Each pink blob is surprisingly agile, being able to deftly climb up walls and glide through the air like a ballerina. The real difficulty of the game comes in depending on what map you’re in, as some have almost no floor at the bottom of the screen, meaning if you miscalculate your next jump, you could be kissing those gold underpants goodbye. 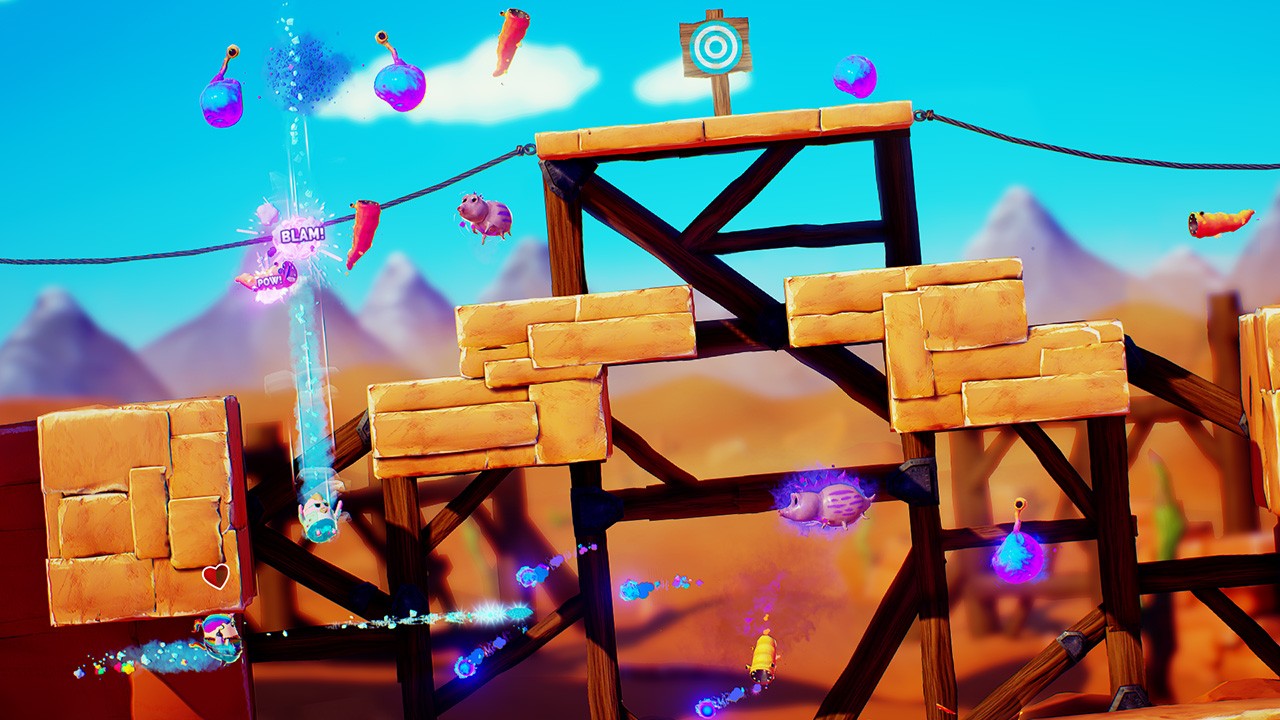 The game does boast a few different gameplay modes, with; Classic Battle, Hold the Gold, Knockout and Underpants Collector. All the games are some variation of the last, with the goals usually being either; collect as many pairs of underwear you can or kill your opponents. And while this isn’t a bad thing, there’s nothing wrong with a game being simple, it does feel slightly too simple. I played all different modes with my friend in under half an hour, and by the end, we came to an agreement that there wasn’t much else for us to do as it was all so easy. That’s my main issue with this game, it’s so very easy to play and to master that unless you find the concept of butt-slamming someone that appealing – again, no judgement here – you might not find much to do.

The other problem I had is that there is no option for a single-player mode in the game unless you want to do challenges, which I stopped after realising the challenges consisted of tasks like ‘learn to run and jump!’. And while there’s nothing wrong with a classic party game, I’m always disappointed when games don’t have a solid option for those out there who prefer to play alone. My other slight issue is that the camera is so zoomed out when you’re playing in the arenas that I sometimes really struggled to see what I was doing. It’s clear this game is reminiscent of Super Smash Bros, I just wish they would have copied their camera style too. 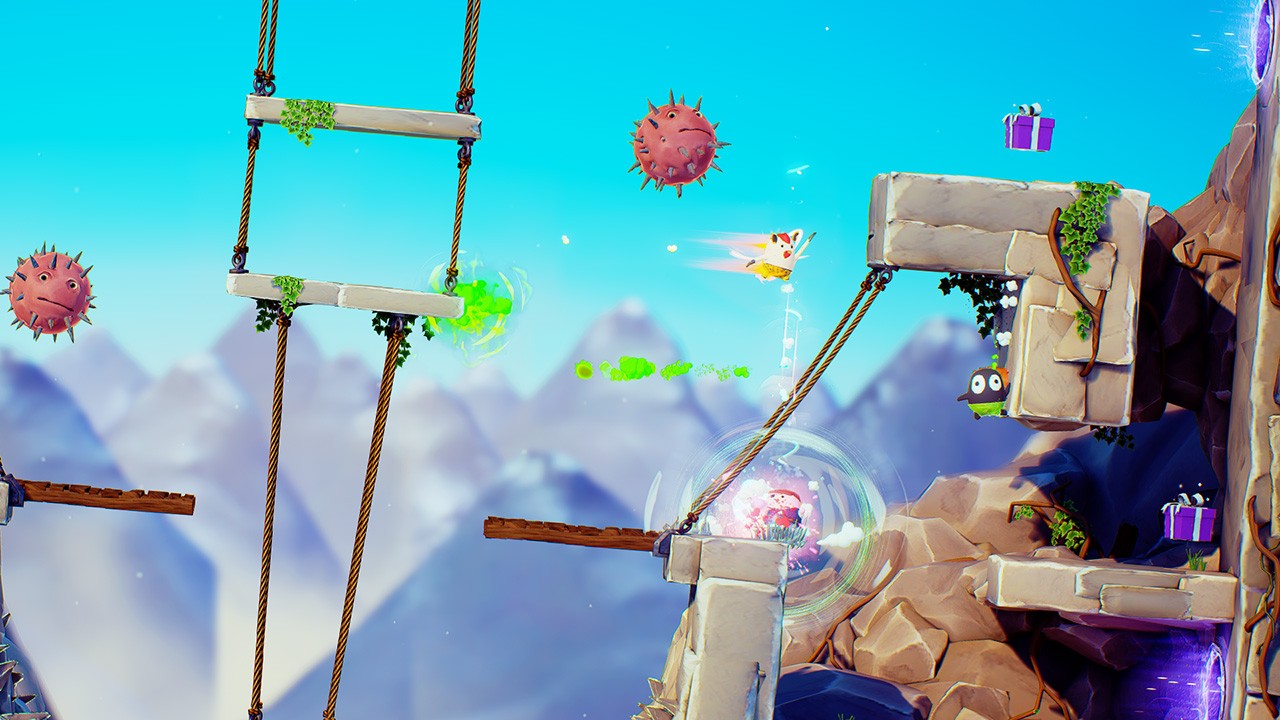 There were many things I liked about the game, however. As I’ve said before, there’s something to be said about getting to attack people with your butt, and I genuinely found the character and game design to be really charming and colourful. The music was also cute and fit the aesthetic well, it also made everyone unanimously agree that this game would probably do very well with everyone’s younger siblings.

I think Juicy Cupcake created a really fun and unique game, there’s just something missing. I don’t know if it’s the inherent ease in which I played the game or the fact that we found all the game modes to be a little too similar to each other, but there was just something lacking. I think this is still a whimsical and entertaining game, especially for the younger demographics, but I wouldn’t pick up the game again if I wanted a challenge. No ifs, ands or butts about that.

A game in which your booty is the only thing between you and victory.