Home
/
Blog
/
To Grind or Not to Grind, That is the Question.
Share Review 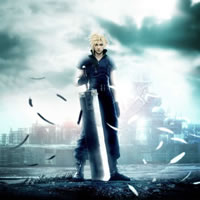 So, this is more of a question than a blog, but I have hit something of a cross roads in my current gaming life. You see, after putting it off for, oh, I don’t know, the best part of a year, I finally decided to have a bash at Final Fantasy XIII-2. Now, I appreciate that Final Fantasy XIII and its sequel aren’t the most beloved of games out there but I really enjoyed both and besides, this isn’t about quality – it’s about my limited time vs my determination to succeed.

To paint a picture of my current predicament; I’ve always enjoyed JRPGs, but have never been the biggest fan of grinding. Be it Lost Odyssey, Final Fantasy VI or anything inbetween, I usually have a pretty good gauge on what is expected and how many battles I will need to plough through so that I can actually finish the game…..or so I thought. After making relatively easy work of the vast majority of Final Fantasy XIII-2’s enemies, I was all but convinced that my moderately powerful team (moderate might be a tad kind) was ready for the final battle. It seems that I was wrong.

After making my way through the initial 3 parts of the final battle, I was feeling decidedly confident of achieving total victory. Then that last form rocked up. Despite taking on the correct tactical approach (I have checked online), it seems that my team of mediocre journeymen simply aren’t up to the task. The fact is, if I want to finish this game, I’m gonna have to go back and grind.

Now, part of me wants to throw the game out of the window and forget all about it; I’ve got to within an inch of the finish line only to have a solid steel door slammed in my face. I’m not going to put any more time into this game, I’ve got too much going on in my life, too many other games that need playing, not to mention a wedding I should be planning for and a financial exam on the horizon………..Balls to it – I’m out!

But then there is the other part of me, the part that hates being beaten, that despises the thought of giving up on a game until I cross that virtual finish line. That part of me insists that I go back, insists that I do the grinding necessary to get the job done. It’s that little voice in my head reminding me that it’s there, sitting on my shelf, still unfinished……..Fuck it – I’m going to do it!

I just can’t decide what to do. Commit to hours of repetitive grinding so that I can go back and finish the job or delete the save file and just get on with my life……..what is a boy to do?

Answers on a postcard.