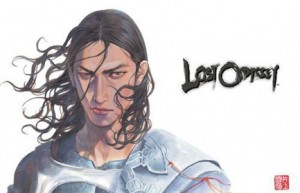 Lost Odyssey is a game very close to my heart and stands as one of my favourite gaming experiences of this generation. A traditional JRPG experience in the finest sense of the word, Lost Odyssey is a fantastic game and a great option for those disillusioned by Final Fantasy XIII’s streamlined, largely linear design and its sequels somewhat messy direction….or those simply looking for a lot of gaming bang for minimum buck.

JRPGs have always been a something of peculiar beast; they are prisoners to design and tradition and are so quintessentially Japanese that it’s amazing they even get sold on these shores at all, but sold they are and as long as they happen to have Final Fantasy on the cover, are likely to sell in rather large numbers to boot.

It’s strange then that a game that stuck so stringently to traditional design and was produced by Hironobu Sakaguchi, the creator of the original Final Fantasy, would be criticized quite so ferociously by the press for its lack on innovation – especially considering that, lack of innovation aside, Lost Odyssey happens to be arguably the finest JRPG of this generation.

That may sound like a pretty bold claim, especially given Level-5’s, Ni no Kuni’s place on store shelves, but honestly, give me a choice between the two and there’s only ever going to be one winner…….’Lost Odyssey for the win’ as the kids would say. 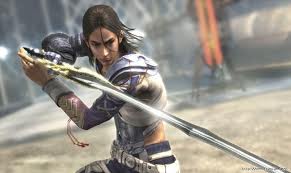 From the hugely rewarding battle system and consistently stunning landscapes through to the great cast of characters and beautifully written story, Lost Odyssey delivers on just about every level and while it may be 100% traditional in its gameplay and design choices, the quality of the product shines through at just about every turn and in protagonist, Kaim, Lost Odyssey actually goes against the grain of JRPG traditions. Rather than opting for the traditional whiney teen as the games lead, Mistwalker have created an often silent, deep and hugely interesting lead in the form of a 1000 year old warrior struggling to remember his past.

This past is delivered throughout the game via a collection of short stories entitled “Thousand Years of Dreams” and were penned by an award-winning Japanese short story writer, Kiyoshi Shigematsu. Not only are these short stories quite brilliant in their own right, but when combined with the games dialogue and story, they help to deliver something of a high watermark for JRPG storytelling. Ok, there’s still plenty of cliché to be found here and some of the voice acting can be a little annoying, but honestly, the positives outweighs the negatives to such an extent as to almost render them null and void.

If you have any interest in JRPGs or great storytelling for that matter, you owe it to yourself to give this fantastic game a go.