It happens every generation; despite great reviews and solid word of mouth, there is always a small selection of utterly fantastic games that, for whatever reason, completely fail at retail. Be it a poorly chosen release window, an overtly high price point or a lack of advertising, these brilliant, often hugely innovative games criminally fall by the wayside. Last generation was no different. There are always casualties of the increasingly unforgiving sales wars but the past few years have proven especially harsh with many top quality titles failing to register so much as a blip on the majority of gamers’ radars as the middle-tier of video game development has but disappeared from sight. Here are some of the games that deserved so much better…… 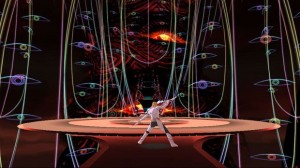 While it did nothing particularly new in terms of core mechanics, as an advert for videogames as art, few games have done more for the argument. This is a game of consistently high standards and outrageously unique and beautiful art work. Even the gameplay, which is relatively basic, offers a pleasingly simple flow that seems to work hand in hand with the art design to create an experience quite unlike anything else. Sure, it was based on biblical text and yes, it does get very “Japanese”, but my God, unless you’re the kind of gamer who plays nowt but Call of Duty and FIFA, El Shaddai: Ascension of the Metatron is more than worthy of your time and attention.

2)    Shadows of the Damned (Grasshopper Manufacture) 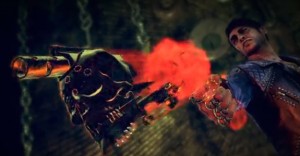 Again, not a game that does anything particularly new, but in terms of a unique, utterly bonkers universe, one that provides an antithesis to the ever growing number of po-faced, laugh free videogames currently doing the rounds, Shadows of the Damned provides a fun and highly refreshing shooter experience. If nothing else, it’s worth experiencing for the sheer number of dick jokes thrown into the script. In less skilled hands, the script and art direction may well have come across as crass and childish, but under the tutelage of the highly talented folk at Grasshopper Manufacture, instead comes across as equal parts audacious and hilarious. 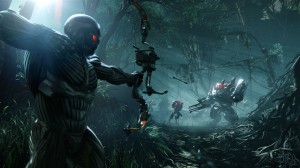 Yeah, I know, it’s not like either of these games didn’t sell. In fact, they both did kind of ok at retail. But really….. ok? These games have everything; they look great, have fantastic mechanics and in terms of choice and battle options, leave the unflinchingly linear likes of Call of Duty and Battlefield in the dust. Shit, even the multiplayer is great. Neither Crytek 2 nor its immediate successor wowed in quite the same way as the original (certainly not on consoles anyway), but both still stand as two of the finest first person shooters of the last generation. 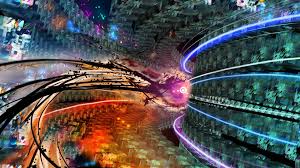 Many “core” gamers are still very suspicious of Kinect, (Kinect 2.0 has done little to help the cause), and for good reason – years after the original release and it’s still primarily used to promote party games and shovelware. Dig through the rubble of mediocrity though and there are a few nuggets of gold to be mined – one of which being Tetsuya Mizuguchi’s blindingly beautiful follow up to the unforgettable Rez; Child of Eden. While this gorgeous shooter certainly makes brilliant use of the Kinect technology to help immerse you in the experience, it seems many gamers failed to appreciate that Child of Eden is still a fantastic game when played with a traditional controller. Sure, it isn’t quite as engaging, but if played as a traditional score chase shooter, an analogue stick and a few triggers is definitely the way to go. Either way, be you a Kinect owner or not, this is gaming as far away from the mundane as is possible and as beautiful a marriage of input and audio as you are likely to find.