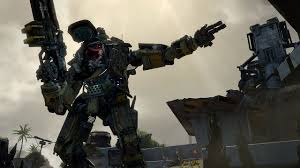 The simple answer as to whether Titanfall justifies the not inconsiderable hype surrounding its launch is a resounding yes. It’s not a perfect game, but man, it sure as shit is an enjoyable one and certainly the most fun I have had with a competitive shooter since Modern Warfare or Halo 2. This is a shooter that manages to find that perfect critical and commercial balance between appealing to Call of Duty fans, delivering enough change and diversity to interest the casual crowd while being downright good enough to appease the often savagely critical, hardcore gaming crowd.

The fundamentals of this game are absolutely rock solid and the gameplay itself is simultaneously familiar (anybody who has played Call of Duty will feel right at home) and somehow completely new thanks to the inclusion of the boost jumps, wall runs and, of course, the quite brilliant Titans.

The Titans certainly steal the show and yes, the parkour skills successfully imbue the game the kind of depth lacking from the majority of modern shooters, but what makes this all work, what turns Titalfall from a collection of good ideas into a truly fantastic game is balance. 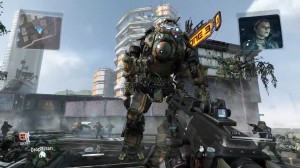 Just starting off? Titanfall can be played as a traditional shooter as you pick of grunts while taking the occasional real world player scalp. Even if you suck balls at shooters, you can still leave your mark and build up a respectable score by taking down the AI opponents with the maps just big enough to allow for a bit of sneaky skulking around. That may not interest those well versed in competitive shooters, but the successful integration of AI grunts really can’t be underestimated. Not only do they make each round feel more like an actual battle, but more importantly, provide an outlet for those without Jedi-like reflexes.

For those with the skill though, those new parkour skills, they give top-tier players the chance to show off and experiment like never before with twitch certain to be awash with gravity defying kills for months to come. Be it a grunt or a pilot, taking down an enemy as you jump from wall to wall or descend from a last minute Titan eject provides the opportunity for experimentation not available to shooters that keep your feet planted on the floor.

Giving ‘newbs’ a chance to compete while simultaneously providing the hardcore with the tools to really push the boundaries and, well, show-off, really is quite an achievement. The real magic though, the balancing act that essentially makes Titanfall what it is has to be the pilot vs Titan battles. Make Titans too strong, and each match turns into a waiting game, make them too weak, and the excitement of a Titanfall is lost. Here, Respawn have managed to make Titan’s potent enough to be exciting and empowering but always susceptible to carefully planned attacks and blindside ambushes.

Fighting as a Titan is great fun, but more importantly, fighting against a Titan is equally as enjoyable. On foot, while obviously highly vulnerable, you always feel like a Titan can be downed if you are patient enough to pick the right time to attack, all the while fully in the knowledge that you yourself are subsequently vulnerable to attack from other pilots as your move your attention to taking down one of the metal giants roaming the battlefield. 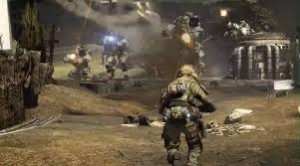 Titanfall isn’t perfect, but by keeping the emphasis on getting the fundamentals right, Respawn have created one of the most brilliantly balanced shooters of our time, a game of a hundred and one little battles, one in which the hardcore and the casual can compete on the same battlefield. Sure, I would have liked a proper campaign and yes, a few more game modes and customisation options certainly wouldn’t have harmed, but these will inevitably come in the sequel. This time around though, Respawn obviously had their priorities in making the first Titanfall as good as it could be, and by God, didn’t they get their priorities right.