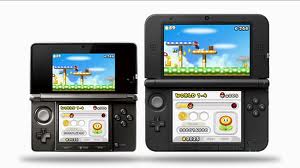 With 2.1 million hardware units of the PS4 already in customer hands and the yearly UK sales of Wii U overtaken (comfortably) by PS4 in less than a week, to say that Nintendo are doing as well, if not better, than Sony might seem, oh, I don’t know , insane, but as is so often the case with the video game industry, the overriding emphasis is, as always, on home console sales. Yes, the Wii U has been left sitting glumly on store shelves while Sony’s PS4 breaks sales records all over the world. But you know what, in the lucrative world of handheld gaming, those roles are completely reversed.

Sony’s Vita continues to sell, well, like crap,  while after its admittedly ropey start, the 3DS, and now the 2DS too, are selling like hot cakes in just about every major sales region on earth. Not only that, but a lot of the software that is shifting those machines are directly related to Nintendo and thusly putting more coin in the coughers than Sony could ever dream of. To put it in perspective, Mario 3D Land on 3DS has sold more copies for Nintendo than the top 22 selling Vita games combined….combined!

That’s not it either; you also have to take into consideration production costs – the Wii U might be selling horribly, but I bet my bottom dollar that it’s not losing money like the decidedly tech-centric, high-end PlayStation Vita. Equally, while the PS4 has had a great start, there is no way that Sony are making anywhere near the same kind of profit that Nintendo are making on the 2DS; a machine that might well bewilder traditional gamers, but when packed with games such as Pokemon X & Y, is like crack cocaine to under 10’s. 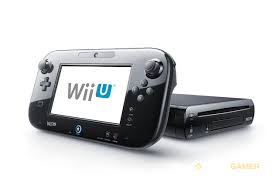 Finally, there is the little matter of those tricky initial sales figures. Take the UK for instance – yes, the PS4 broke the first week sales record for new hardware, but do you know what it beat? The PSP, a system that went onto, well, not much outside of Japan. Now, I’m sure the PS4 will do just fine in the long run, but many of those early sales will be from the game savvy types who have watched Sony school Microsoft at E3 and the such? In the long run though? Well, we will have to wait and see.

All I am saying is that, despite the ‘core’ gaming community remaining happy to take pot shots at, what on the surface appears to be, poor ol’, backward looking Nintendo, I’m guessing that, in terms of the money coming directly into the company, poor ol’ Nintendo are doing just fine. The future of the Wii U might well look bleak, but with its conservative productions costs combined with the continuing success of its handheld hardware and first party software, I’m betting that the big N are doing a lot better than many would have you believe.