With E3 2014 right around the corner both Sony and Microsoft have revealed changes to how their respective subscription services give away ‘free’ games to gamers each month. 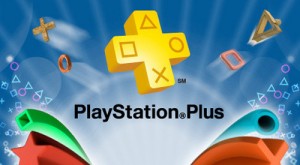 Launched 4 years ago, the Instant Game Collection (IGC) service initially rewarded subscribers to Sony’s PlayStation Plus service with one PS3, one PSone and two Minis game for free each month.  Users could purchase the games for free in the selected month (but choose to download later if necessary), but the games could only be played while the user’s PlayStation Plus subscription remained active – although if a subscription expired and was renewed any previous games received under the IGC servicewould become available again.

Over the years the IGC service underwent several changes, most significantly in the Summer of 2012 when, in addition to five monthly free games (a mixture of PS3 and and Vita) a number of yearly free games would become available.  More recently one of the five monthly PS3/Vita games was replaced with a PS4 games, allowing those who’d invested in Sony’s next-gen machine to also benefit – although there have been some grumblings that the free PS4 game was usually an indie game rather than the ‘big names’ that were gracing the PS3.

Sony have now announced that there will be six free games each month (tw0 PS4, two PS3, one Vita) and that the free yearly games will be phased out and not replaced.  The new additions for June 2014 are: 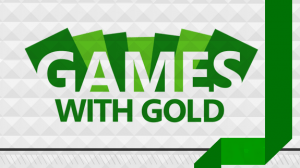 Microsoft’s Games with Gold service is now one year old and was seen by many as a direct response to the Instant Game Collection service.  Two Xbox 360 games were made available to download each month, although unlike Sony’s service the games would permanently belong to the user even when the subscription expired.  Unfortunately this permanent ownership (rather than ‘rental’) generally meant the games were not as high-profile as those on the Sony systems.

Microsoft has now expanded the service to include the Xbox One console.  Users will now be entitled to two Xbox 360 and two Xbox One titles each month.  However, the Xbox One titles will only be playable while the user’s Xbox Live subscription remains active (as with the Instant Game Collection) although the Xbox 360 games will continue to be offered as permanent gifts.  The games for June 2014, including a bonus title to celebrate the anniversary of the Games with Gold service, are: