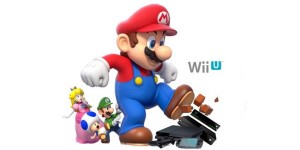 Let’s not beat around the bush, Nintendo have been absolutely slated since the release of the Wii U, and while much of the criticism has been fair, many have overlooked just how good the first party support has been for Nintendo’s much maligned Wii U.

In fact, it has been so good that I would go as far as to say that, for the time being at least, the Wii U is still the best console of the current generation. Sure, the PS4 and Xbox One are clearly the more powerful machines, and yes, they are where the vast majority of third party support resides, but I’d argue that, despite a handful of decent titles, there is very little that makes either the PS4 or the Xbox One especially compelling purchases. There are plenty of solid games for both, but neither have produced much more than slightly prettier versions of experiences we have already had on 360 and PS3.

That will invariably change down the line, but with so many of the big hitters not due until 2015, the Wii U certainly has the more compelling line-up for the remainder of the year.

Many will disagree, but can you honestly say that anything on PS4 or Xbox One is anywhere near the quality of Super Mario 3D World? Is there any game out there as riotously entertaining as Mario Kart 8? Even on the horizon – will any game provide more hours of entertainment than Super Smash Bros.? Obviously, personal taste will play a major role in your own opinion, but I would still argue the case for the Wii U, while perhaps lacking in quantity, providing the highest degree of quality when compared to its two major competitors. 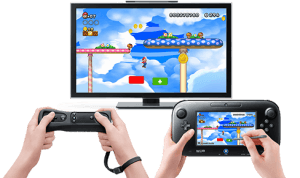 The games on Xbox One and PS4 will obviously get better, and some of the games on the horizon do look genuinely fantastic, but for now, the Wii U still offers the most exciting, unique and downright enjoyable line-up of games currently available. The Wii U’s finest might well be made up exclusively of sequels and even remakes (Wind Waker is still one of the finest games around) to titles that we’ve already seen, but as always, that Nintendo magic shines through.

Many will tell you that they have outgrown Nintendo, that they are no longer interested in yet another Mario or Zelda sequel, but I’ll tell you this much; as long as Nintendo keep up the quality, I’ll keep playing as, despite their faults (of which there are many), Nintendo still make the best games in the world.