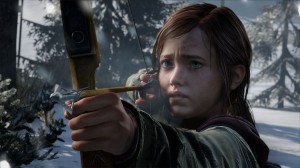 I’ve just finished The Last of Us, Naughty Dog’s exceptional tale of survival in one of gamings most unflinchingly brutal worlds, and while part of me struggles with the games’ place amongst the finest of the generation, and perhaps even of all time (probably falls just short of consideration into the latter category), what sticks with me most is Ellie.

Could she be one of the most well written characters to ever grace a videogame? I certainly can’t think of many better. From the voice acting to the motion capture, the mostly brilliant AI to the superb script, Ellie is without question the star of the show. Yes, she may start as yet another female character who needs protection from the strong male lead, but Ellie quickly proves herself far too complex to be labelled in such simplistic ways. Progressing as a character within the story while revealing the inner strength born into a young woman who has known nothing but hardship her whole life, Ellie is equal parts strong, fragile and simultaneously innocent without ever coming across as naïve.

I don’t want to go into too many details for fear of ruining the story for anyone who has yet to finish / play The Last of Us (sort it out), but needless to say, Ellie proves the equal of her supposed protector throughout with other female characters such as Tess often proving his superior. 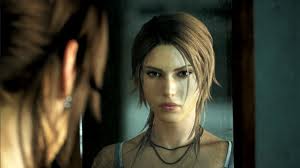 I have heard some complaints regarding the role of women in this game, and I say to those that have, “get to fu*k!”. Honestly, of all the games to single out as a supposed negative force on the representation of women in gaming, this isn’t the one…..seriously, think about what you’re saying! Ok, so Joel is essentially taking care of Ellie and acting as protector, but jeez, she is a kid. What do you expect? Yes, the fact that Ellie is a girl does provide a stronger emotional resonance due to the additional threats that come with being a female in such a brutal world, but that should certainly not be seen as a negative regarding how females are being portrayed here – it’s simply being realistic. If you think that females would not be in greater danger than their male counterparts in the world of The Last of Us, you are being sadly naïve.

And anyway, The Last of Us aside, 2013 has seen a wealth of fantastic female characters in gaming. From Lara Croft’s triumphant return as a more fragile but subsequently much more rounded and human character in Square-Enix’s masterful Tomb Raider reboot to the truly unforgettable, Elizabeth from BioShock Infinite, this year has seen some of the finest, respectful representations of women in gaming to date. 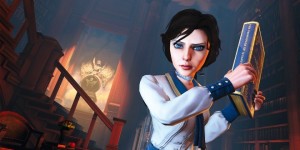 Of course, the work is far from done, and this industry, perhaps more than any other, still has plenty to do before anything even close to sexual parity is achieved, but with games like The Last of Us, BioShock Infinite and Tomb Raider all hitting shelves this year, there is no doubt that we are starting to move in the right direction. Sure, we could do with more female leads and less white male protagonists, but hey, progress is progress.

I’m all for rationale debate, but rather than attack, let’s celebrate games such as The Last of Us, games that truly push the medium forward, those that create well rounded, complex and, above all else, interesting female characters. Be they the protector, the protected or perhaps even a bit of both, their role should always come second to the characterisation at their core.

Tags:Bioshock Infinite, The Last of Us, tomb raider