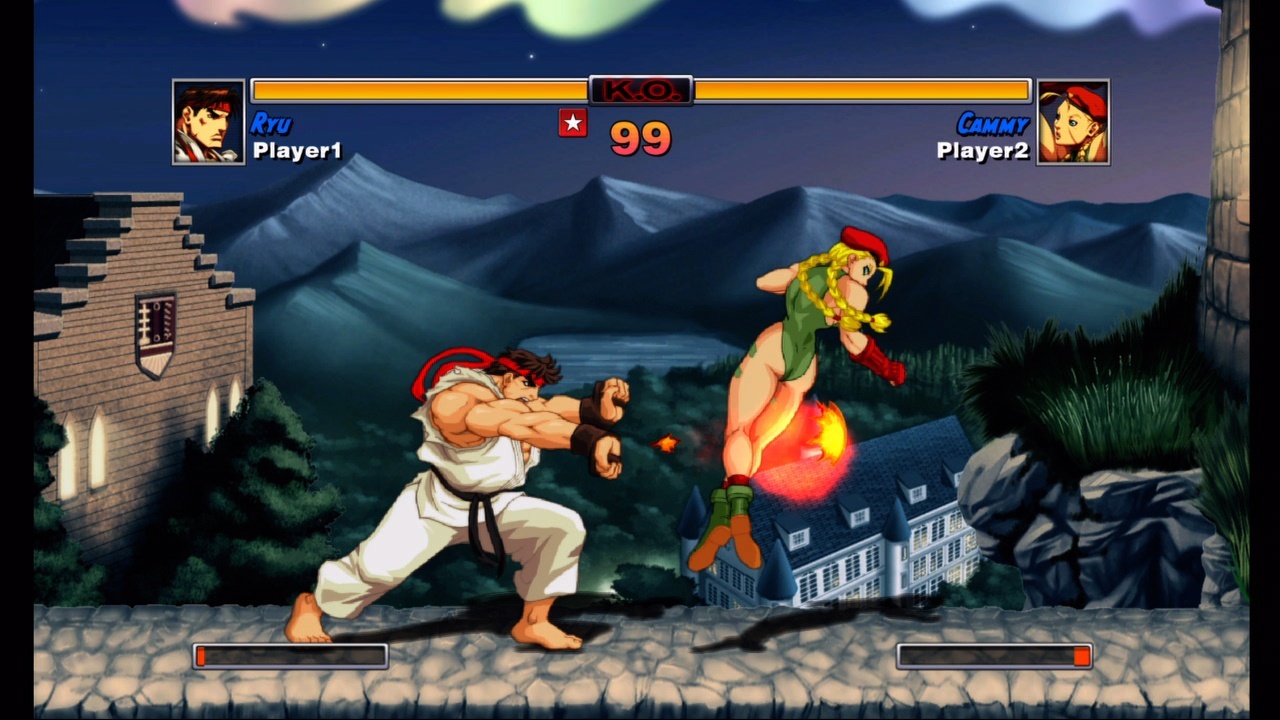 The release of the Nintendo Switch is causing me grief. There are many games I’m looking forward to that are scheduled for a Spring release such as Shovel Knight Treasure Trove and The Binding of Isaac: Afterbirth Plus. However, due to timed exclusivity on the Switch I’m having to wait a month or so before I get to buy them for my Playstation. To top it all off, due to the focus and manpower that’s gone into the Switch launch, my WiiU has been gathering dust for the best part of a year.

Being a WiiU owner I wasn’t particularly impressed with the Switch line up. Many of the scheduled releases for this year include rehashed versions of WiiU games or indies that will be available on other platforms anyway. Having said that, there was one game that really caught my eye and that was Ultra Street Fighter II. Seeing the original Capcom arcade classic, remastered in glorious HD was very appealing. It wasn’t sufficient in making me want to invest in a whole new console, but I genuinely wanted to give it a blast.

Anyway, it turns out that this week I was able to get one over on the big N, as I was given the opportunity to review ‘ Super Street Fighter II Turbo HD Remix’ on the Playstation 3.

Now I have to admit, I was completely out of the loop on this one. This game has actually been out on XBox Live and PSN for the best part of a decade and had completely passed me by. Never the less, the hype for Ultra SF2 has turned my attention to this entry in the series, which just like Ultra is completely rendered in gorgeous HD with the same stunning illustrations.

From the perspective of someone who has enjoyed this series ever since the original arcade release, it’s difficult to review this game without getting absorbed in nostalgia. From a gameplay perspective, this version feels every bit as smooth, tight and responsive as the classic versions from the early 90s. 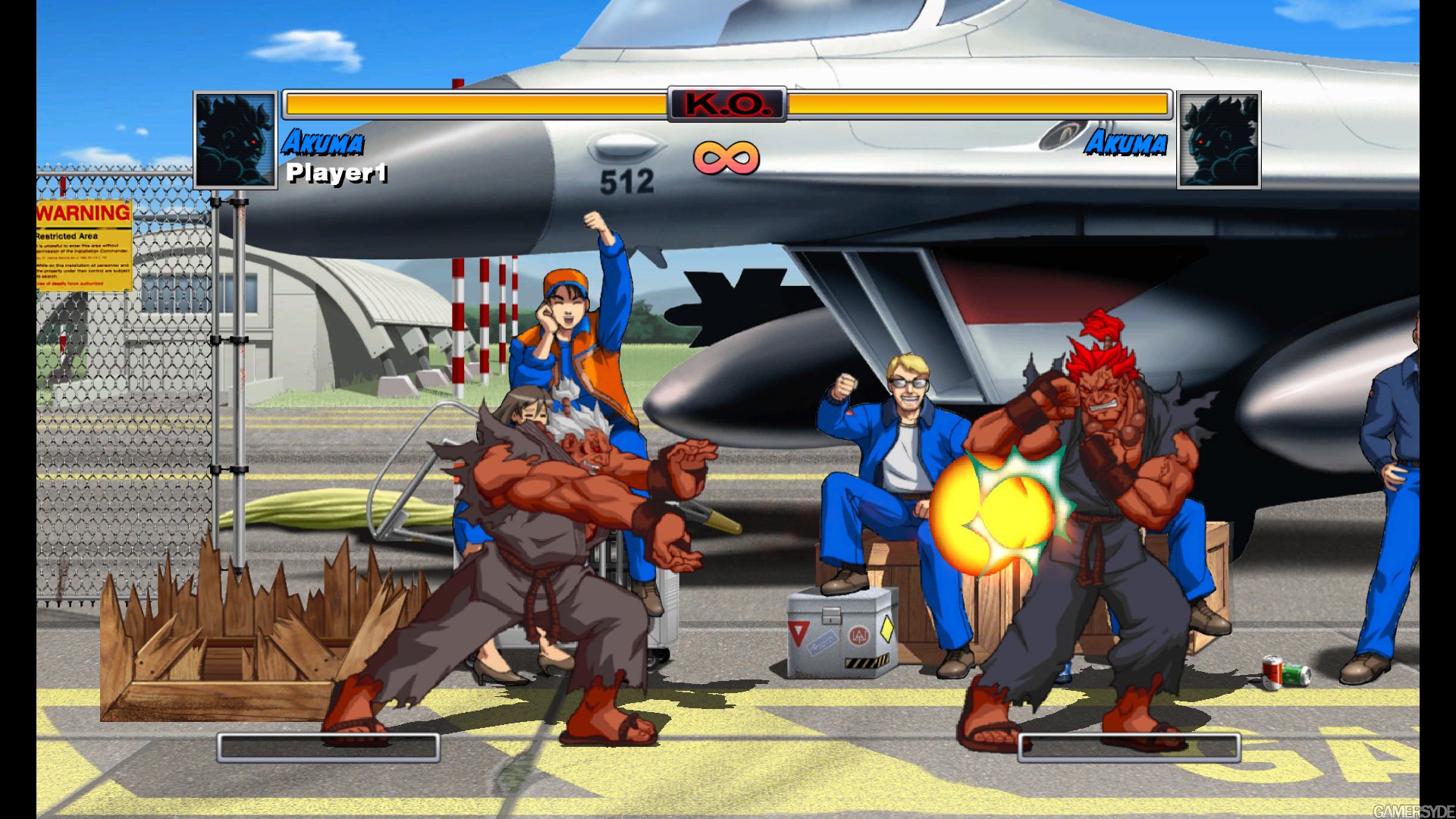 The button lay out matches that of the SNES releases, with three buttons for punches, three for kicks, and pulling off some of my favorite special moves felt just as natural as ever. All the buttons can be reconfigured separately for players one and two if you so desire, and I can confirm that this game is compatible with USB arcade sticks.

All 16 characters from the Super Street Fighter II roster are playable, including Cammy, Dee Jay and the original bosses. Only now each frame of their animation, along with their location backgrounds, have all been lovingly redrawn in HD with an impressive amount of detail. The arenas all feature layers of parallax scrolling and are instantly recognisable to their pixel based counterparts. The characters are animated in the same way as the classic games using only a few frames of animation per second, however it wouldn’t feel like Street Fighter if this wasn’t the case.

In addition to the graphics, the music and sound has also been updated for modern times. Although all of the music has been re-recorded and mixed to sound more modern (all with rock instruments), all the original character and stage themes are present as far as I could tell. From memory I think the sound effects and voice samples are identical to the arcade original, but if they are not then they are certainly not far out. Nothing about this version feels far removed from the original in any way, it’s just been given a very nice coat of polish.

There are a few different game modes. For single players there is a standard arcade mode where you have to beat every fighter in the game, one vs one in succession. For two players there is a tradition VS mode which can be played locally or online. It would have been nice to see a few innovations here such as a tournament modes or tag fights where you get to select two characters, but aside from this there is still enough here to get your Street Fighter fix.

There are four levels of difficulty which should provide just enough resistance depending on your level of skill. I played it on the normal setting, and although I’m not the strongest fighting game player by a long way, I did find this setting to be suitably challenging. I did have a try on ‘easy’ just to gauge the difference in difficulty settings and encountered little resistance until I reached the last couple of bosses. In addition to the difficulty, you can also adjust the game’s speed and a number of technical balances in the options menu. From memory I believe the original Street Fighter II Turbo edition actually had a wider variety of speed and AI settings, but despite this there is still a decent selection of customisable settings here. 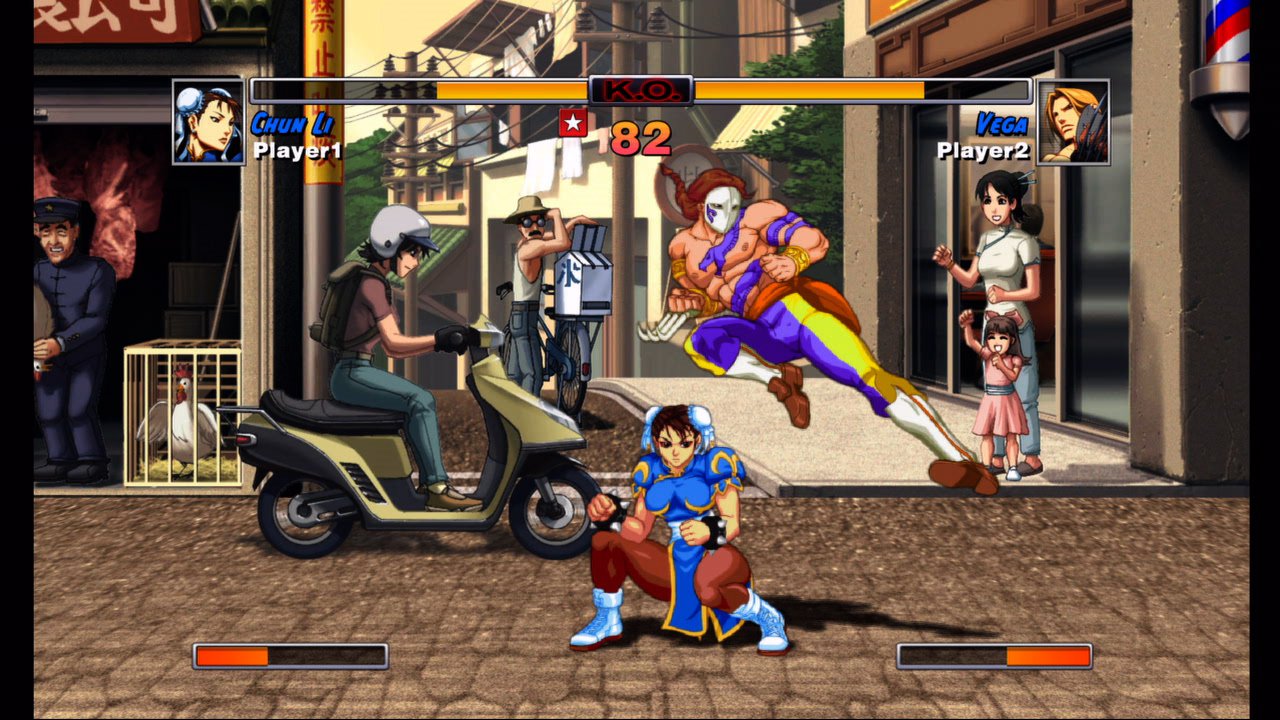 Overall I was completely satisfied with Super Turbo HD Remix. It was completely functional and beautiful as far as SF2 goes and I reckon this will be my ‘go to’ version for many years to come. I experienced no bugs or crashes and this game seems perfectly stable.

There were a few minor gripes I had with the presentation outside of the actual gameplay. It’s purely superficial, but I think the game’s logo and menus look a little naff. The chubby font used for ‘HD Remix’ sticks out like a sore thumb under the iconic Street Fighter II logo and the menus have a smokey two-tone background which looks a bit lazy.

Also, there is an option for playing the game with ‘classic’ character sprites. Avoid these like the plague. God knows what happened here but they look dreadful. They have a blurry filter over the top of them, shadows that look dirty and dull, and they do not suite this game in the slightest. I’d rather this feature wasn’t included as it looks cheap and nasty.

This shouldn’t be a deal breaker, but it may be worth noting that due to the age of this game there is actually no trophy support which is a bit of a shame but nothing major.

If, like me, you missed this one the first time around, I’d say it’s definitely worth looking into. It’s less than half the listed price of the upcoming Ultra Street Fighter II and you don’t have to buy a brand new console to enjoy it.