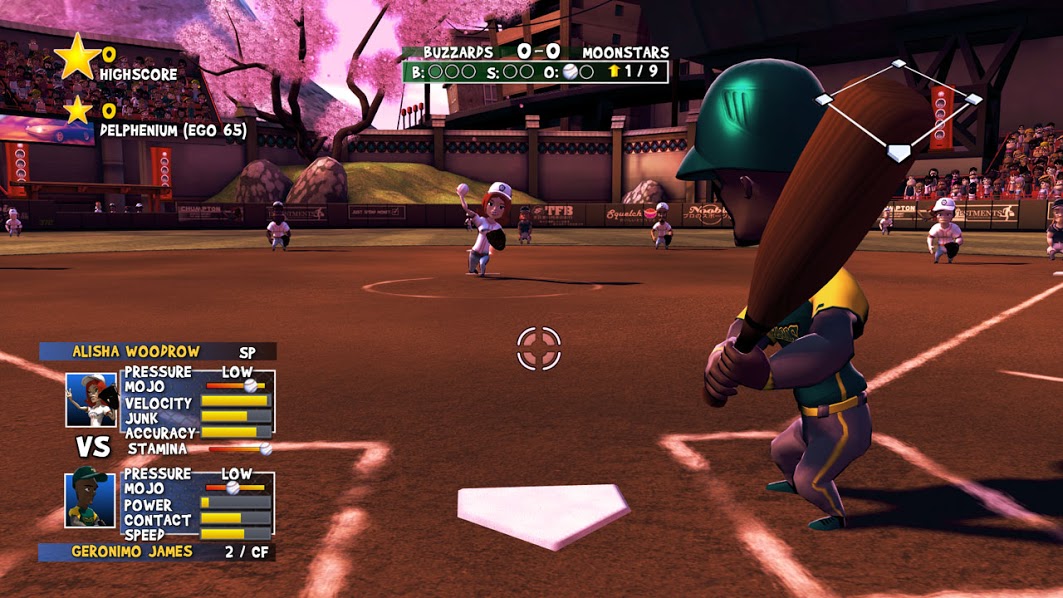 How important are graphics to you? It’s a question that is asked often in our industry, but one that is often geared too heavily towards the technical aspects of visual design. More often than not, it’s the art design rather than the technical specifications that ultimately make all the difference – as they do here. I like to think that we’re a long way beyond polygon counting, and if nothing else, games such as this certainly suggest that we should be.

Super Mega Baseball is graphically sound on a technical level with its a light-hearted, arcade-inspired take on the sport certainly getting things right tonally (photo-realistic visuals ala MLB: The Show would look wholly out of place here). Problem is, while the visuals are fine from a technical perspective, I absolutely hate them from an artistic standpoint. I appreciate that those be strong words, and in fairness, the themed stadiums actually look pretty cool, but man, I sure do hate that character design.

That might seem like an odd way to start a review for a baseball game (or any game for that matter), but it’s something I have struggled with because, other than the character design, Super Mega Baseball is an unquestionably fantastic game. There hasn’t been a genuinely great arcade-style baseball game for years and despite MLB: The Show’s on-going stranglehold on the simulation side of things, there has been very little for casual fans such as myself to latch onto since the solid but ultimately rather mediocre, The Bigs series from a few years back. 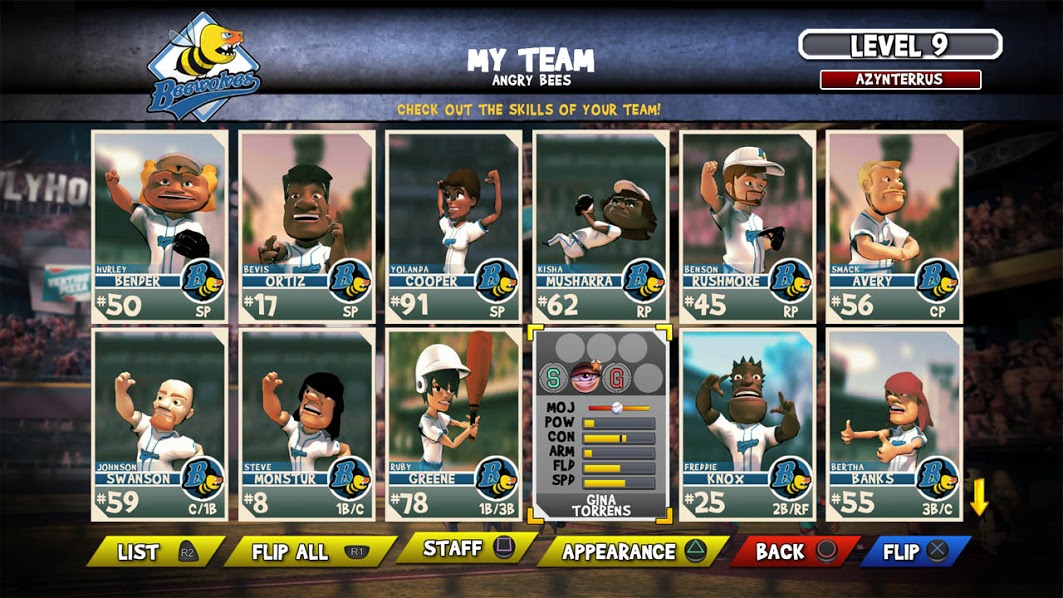 The controls are basic but nuanced with enough leeway to give beginners a chance while offering plenty of subtle depth to give fans reason enough to keep coming back to the plate. The pitching in particular, although similar to other baseball games out there, just feels incredibly right with pitch types selected via a simple flick of the analogue stick and aiming based around a combination of careful manipulation and good timing. The pitching itself is very simple, but to get the best results, you’re going to have to put the ball right in the corner of the hit box, and again, while far from impossible to achieve, is certainly something that takes practice if you plan on putting each and every pitch right on the money.

Like the bowling, the batting is also relatively simple in terms of basic mechanics, but will again require practice if you are to get your timing down. Contact isn’t hard to come by (well, not too hard anyway), but if you plan on racking up base hits and home runs, you’re going to need to put in a little time and choose carefully between standard strikes and power shots. Like the pitching, it all feels perfectly balanced and brilliantly intuitive. It’s the kind of simple success that raises the question of why more games haven’t got it right in the past.

The fielding is a little more awkward with fielder movement slowed down considerably to compensate for the smaller fields and the unique pace of the game. It’s far from game breaking and if anything, is the most simplified aspect of the entire experience, but diving and even standard movements do feel a bit cumbersome, even if the physics and ball movement are of a considerably high standard (making these minor issues that much easier to ignore). The game is built in such a way that problems with the fielding (if you could even call them problems) feel largely insignificant due to the obvious emphasis on batting and pitching, but still, other than those odd character models, this is arguably the games’ only other issue of note. 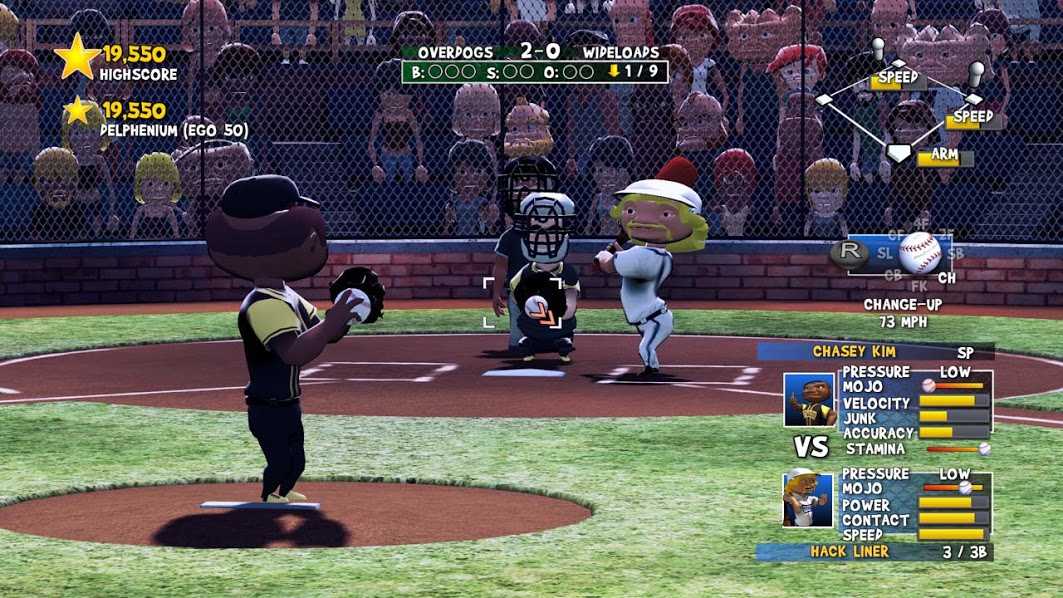 It might not have a ton of content and the fact that there are only 4 stadiums to choose from will certainly be an issue for some, but what is here is almost universally fantastic with the brilliant fundamentals combining beautifully with an array of minor but nearly always effective details to create what is a polished and incredibly likeable sports game.

The visuals might not be to my taste, but I tell you this much, ugly or not, after half a season, I know and care about just about every player on my team. Edited or not, there is just something about this game that compels you to invest in your team and their on-going success. It might lack the licensing or additional content found in other sports games, but make no mistake, the biggest sports games in the industry (and that includes MLB: The Show) could certainly learn a lot from this humble, fun and extremely addictive take on America’s favourite pastime.