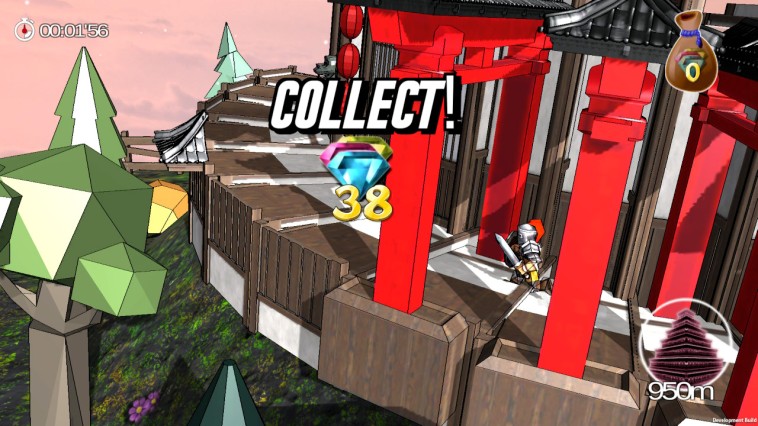 Tower of Babel is a title that might easily slip under the radar during the onward success of the parade that is the Nintendo Switch’s first year. There are so many AAA titles and high end indie darlings that keep getting released (and re-released) that something like a relatively simple runner could easily be thrown into the halls of “forgotten” without a second thought. Hell, just from an initial glance I was ready to write the game off entirely. But I’m seriously glad that I was willing to put in a little effort, because this is a surprisingly fun experience.

To begin with, Tower of Babel has kind of a nonsense plot. You get a slow, crawling text opening that explains how every 100 years the Gem of the Justice of Light and Power (or something to that effect) goes dim, and everything is thrown into chaos. You then must collect gems, run to the top of the tower and recharge it. The name of the gem is seriously something that verbose and long and the text appears unbearably slow. I almost gave up based on that first moment simply because I can’t stand poor introductions and, let*s face it, it’s kind of bunk right away. I mean, you clearly see three towers as soon as you start the game. Why on earth would I care about the one gem going out when there are clearly three towers? Additionally, those aren’t the only three towers, so the story doesn’t totally make sense. But it does set the stage for what you need to do next. 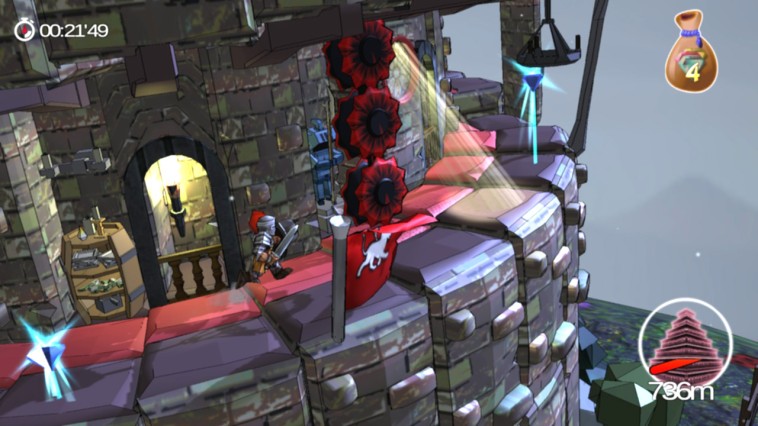 Tower of Babel is a finite runner, a genre that was never huge to begin with and lost even more appear when the “endless” runner took center stage in the mobile gaming world. Your objective is to make it to the top of the tower, collecting a certain amount of gems along the way, and then re-light the large jewel at the top. For some reason, lighting this gem makes the tower start collapsing (wait, so is this a good thing?) and you need to then beat feet to get off the tower. One thing that always threw me off is that the descent is so much faster than the ascent. I mean, if it was a bit faster, sure, of course, I’m running downhill, but there were times where it literally took half as much time. I dunno if that’s accurate, I’m not a marathon person, but I can’t help but feel the developers of Tower of Babel also agreed that leaving, while important to create atmospheric tension, is significantly less exciting than arriving. Although, nice touch with a sixty second countdown timer that is more than enough at first and gradually becomes far too little.

What’s really cool about the execution of the runner is how the towers are poised. Each of the three towers in an area takes on different perspectives of a runner. The first is just a single lane jaunt that focuses on jumping some traps and ducking others, all while getting gems. The second becomes a three lane ordeal that forces you to sidestep things and makes the downward run much more difficult. The third tower is a three lane, over the shoulder view that severely messes with perspective and offers serious challenge. Oh, and each tower is taller than the last, so the third is a massive thing that’s completely disorienting. Additionally, Tower of Babel doesn’t just shower you with gems, but there’s also not a hard and fast “catch em all” mentality. You have wiggle room of about four gems that you can miss or get as extra. More than that and you’re going to fail the run. It’s just the right amount of give and I really respect that. I didn’t see a point in getting the extra gems other than to say “I can.”

The damage meter is also handled pretty well. Tower of Babel allows you to hit one trap, which then changes your screen and makes everything woozy and hazy. If you get hit again, screen shatters and you start from the beginning. However, if you can ride out the haze, your vision clears and you can take one more hit in the future. It forces players to either take a chance and power through the hurt or slow down their pace enough to try and recover, which is not something I figured I’d see in Tower of Babel: strategy. Every time I peel back a layer, I’m more impressed. 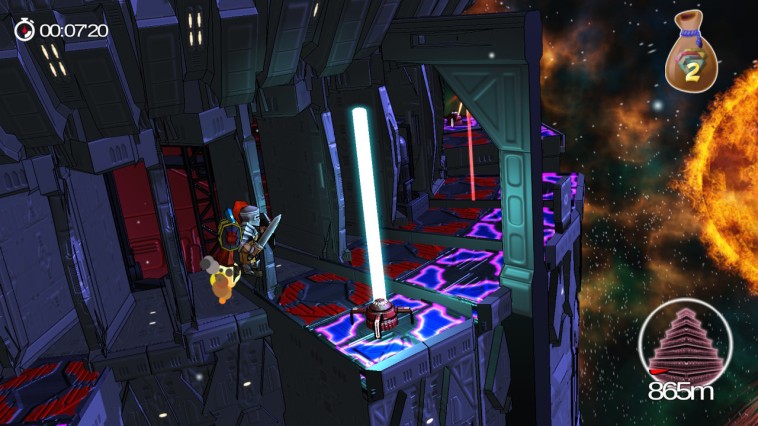 And, as you can see from the screenshots, the artwork is actually quite decent. I like the way the towers are laid out, with different colored stones and a variety to the traps and gems. It’s not static and built from common assets, but feels pretty unique. I didn’t care much for the soundtrack, but I get the feeling it was this or silence and the developers made the better choice by having something.

All in all, I actually really recommend Tower of Babel to the mobile gaming crowd. It’s smart, it’s functional, and you can knock out a tower in a couple minutes or so. The whole game can be done (if you’re sharp on reflexes) in under an hour, but you can then go back and try and beat your own high score. If Nintendo decides to make an achievement system or leaderboard, I can easily see this becoming an underground hero of people trying to one-up each other’s scores. Players dead set on longevity and in-depth gaming need not apply, but the more relaxed gamer will find plenty of enjoyment for their pennies in here.