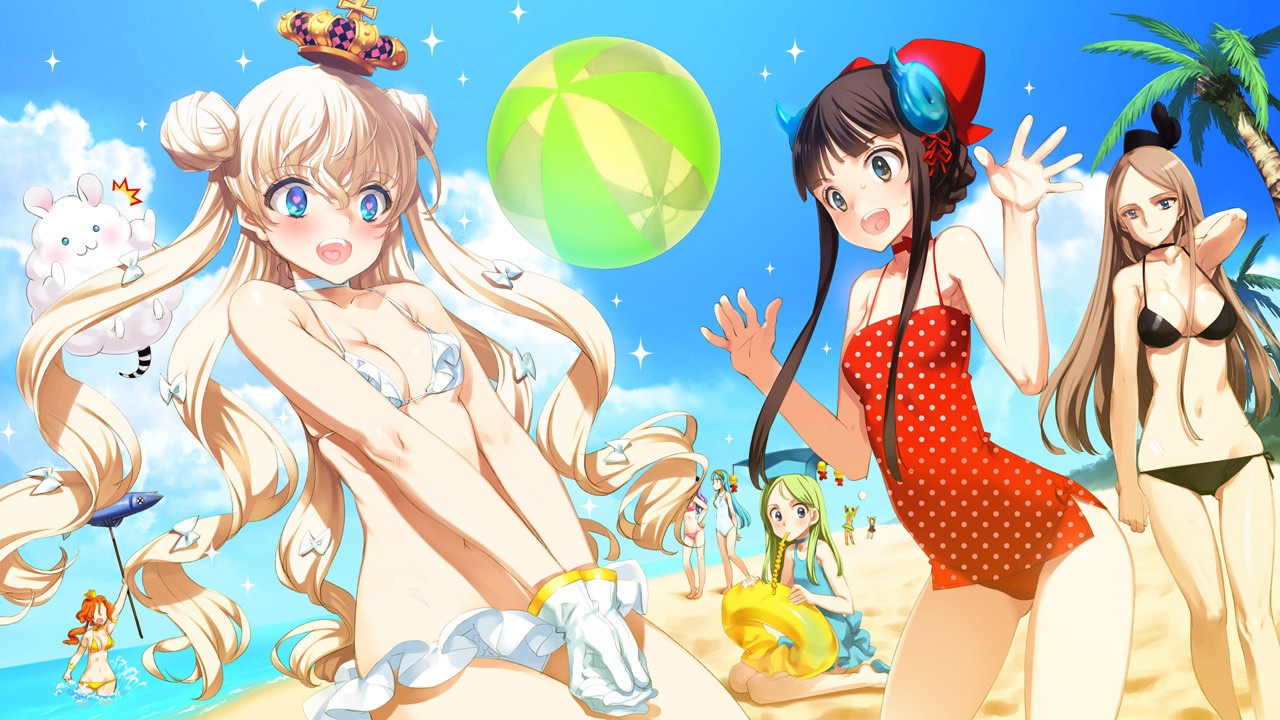 Eiyuu Senki – The World Conquest isn’t anybody’s conventional PS3 Store game. In fact, it probably speaks for the console’s little remaining life span that a game such as this has been released on the console and actually garnered a fair bit of praise. Not to say that Eiyuu Senki is by any means unworthy of such praise, but instead that such a weird gaming getting somewhat mainstream appreciation is… surprising.

You see, Eiyuu Senki was originally a historical strategy visual novel on the PC, wherein the player conquers the lands of famous historical figures who all take on the form of cute anime girls; there’s Alexander the Great, King Arthur, Napoleon, etc. But the aim of the game in the original 18+ version isn’t just to conquer the world – it’s to have sex with all these anime girl versions of ancient heroes! Now, whether it’s a good thing or bad will depend on your preferences, but all sexual content has been understandably removed from this PS3 version of the game. What’s left is a strong strategy game which, despite its strange trappings, really holds its own as a fun tactical battling experience. 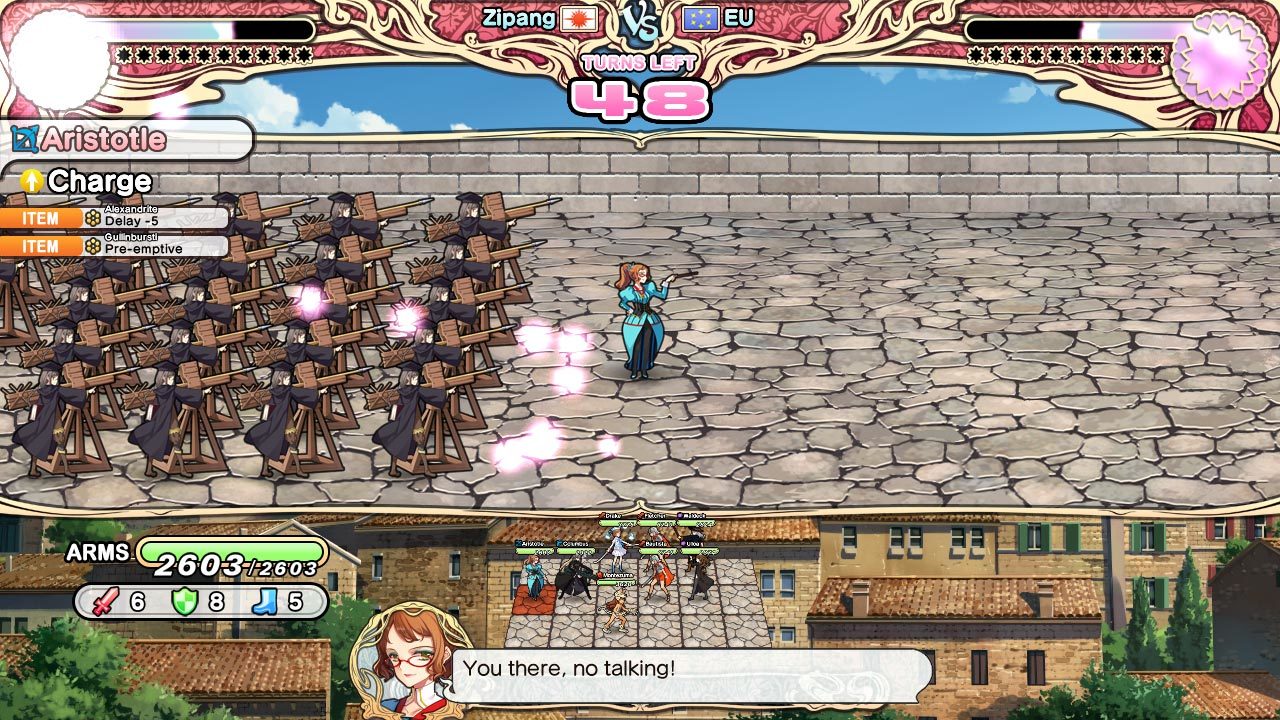 The game’s premise is that the player’s character has appeared in a strange parallel world with no memories, and this world is a combination of random periods throughout history (this explains the concurrent presence of all the famous historical figures – although since these figures are all somehow cute anime girls, I don’t think anyone playing this will be caring too much about the in-depth explanations!). The player joins the Yamatai army in the guise of a Servant of Heaven, and attempts through the course of the game to conquer the world. Each country in Eiyuu Senki has an associated historical figure, who the player must defeat in battle to achieve his goal.

Being part visual novel (like my recently reviewed Petit Novel Series: Harvest December), there is a lot of reading to get through, so Eiyuu Senki may be one to avoid for those who aren’t literarily inclined. There is particularly a lot of text to bypass at the start of the game before one gets into the gameplay proper, so that may be a hurdle for those who aren’t won over by the game’s setting. 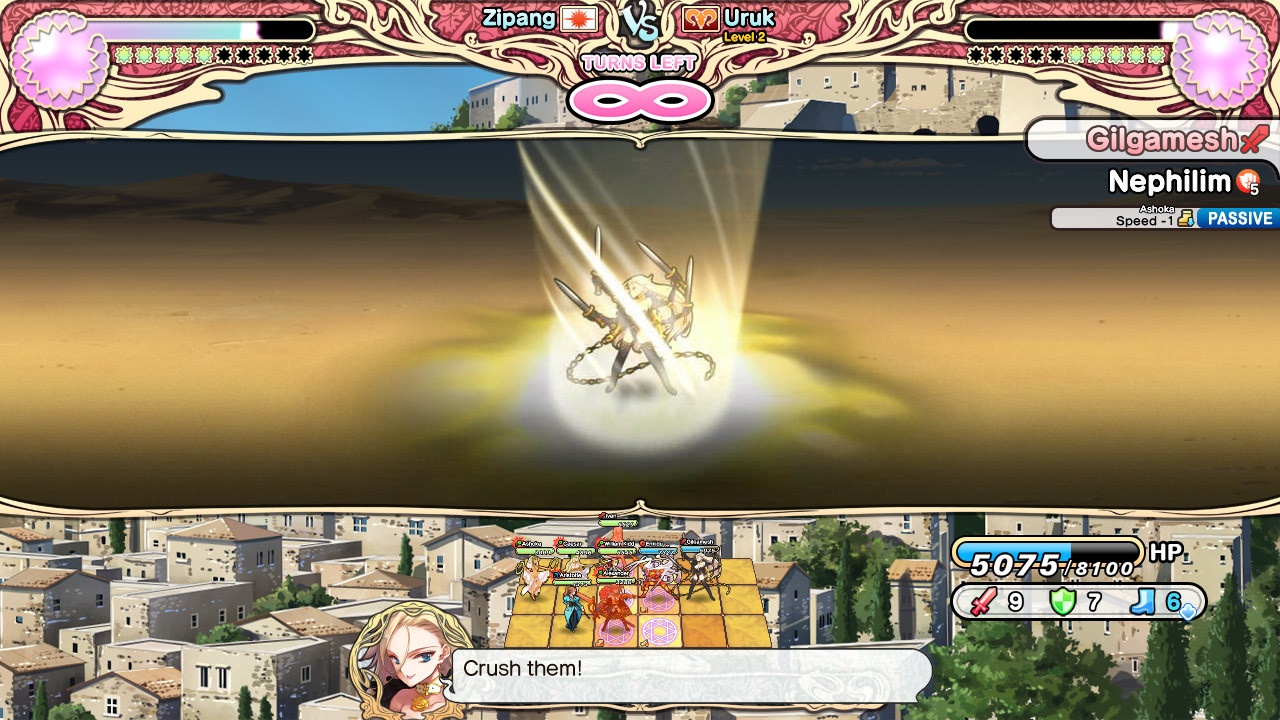 The strategic gameplay is fairly simple, but works well. Like many tactics games, battles take place on a grid, and the player chooses which of his characters he wants to partake in combat according to their relative strengths and weaknesses. Thinking before acting is essential: you may want all your strongest warriors to attack and take over a neighbouring region, but that would leave your current territories poorly defended. The combat is turn-based, and each turn there are a limited number of options that the player must decide between carrying out. Each turn you earn money based on your control of the world, and this money is what you then use to power up your ongoing war effort (such as buying troops for your characters to command). The visual novel parts of the game do more than just tell the story, as they have the additional effect of building characters relationships so that they can better perform in battle.

The music of Eiyuu Senki isn’t particularly memorable, but provides an appropriate background for this sort of the game. The art is very high quality, with every character being brightly coloured and easily distinguishable – surely an impressive feat given just how big the cast is in this game! Players will likely have their preference of girl, and it could be this that informs their decision of which country to next conquer.

Overall, Eiyuu Senki is a fun strategy game with a lot of gameplay hours, and a fun and colourful cast of characters. The story isn’t particularly deep, and neither is the gameplay, but the game’s charm still makes it well worth plugging the PS3 back in for.