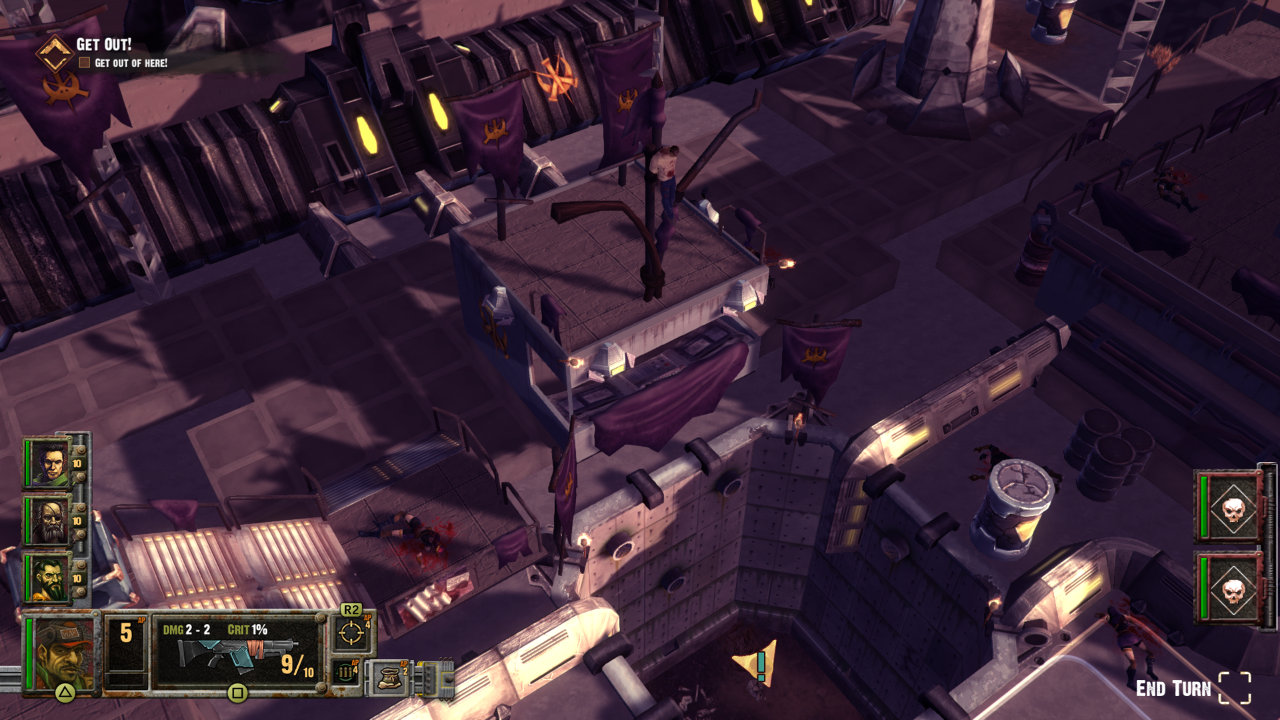 In recent weeks I have played some absolutely horrendous games. And while they all possessed some redeemable qualities, there is no denying that they are all rotten to their respective cores. And due to that fact, I was wary when selecting my next title, as I didn’t want to end up with yet another shambles of a game, such as the Flight of Light. And after carefully looking through the list, and slowly but surely, after eliminating all the undesirable games, I was left with one that looked semi-decent.

The title in question is the recently released Fallen: A2P Protocol, which on paper and in theory looked to be rather enjoyable, if not exceptional. Fallen: A2P Protocol is top down, turn-based strategy game, which combines a Mad Max’esque post-apocalyptic aesthetic, with the widely popular gameplay of the X-com series. And as I’ve stated before, Fallen: A2P Protocol, on paper, appears to be an incredible game. But unfortunately, just like the vast majority of modern minor indie games – it is absolutely tragic.

From the second I’ve turned Fallen: A2P Protocol on, I knew I was in for a mad, and rather painful ride. As the moment the title’s splash screens have disappeared I was welcomed by an incredibly poor, and quite frankly downright bad, main menu. And yes, the vast majority of indie games, even the premium ones, features some incredibly painful UI design. But those games, while being an eye sore, at least feature elements which are functional – and unfortunately the same cannot be said about Fallen: A2P Protocol.

Fallen: A2P Protocol, UI is so incredibly underwhelming, that it is barely functional. Yes, you can move from point A to B, within the title’s menus or character development screen, but doing so takes a lot of time, and unnecessary effort. And this could have been fixed with some simple DIY. And seemingly all the developer had to do to make the title’s UI functional, was to introduce a singular control scheme, with either the d-pad or a single analogue stick. And most importantly of all, Red Katana, the developer behind the title, could have simply introduced better lightning within the menus, just so the players can see which option they have selected, instead of having to wildly guess, as it is impossible to distinguish which option is selected, while playing. 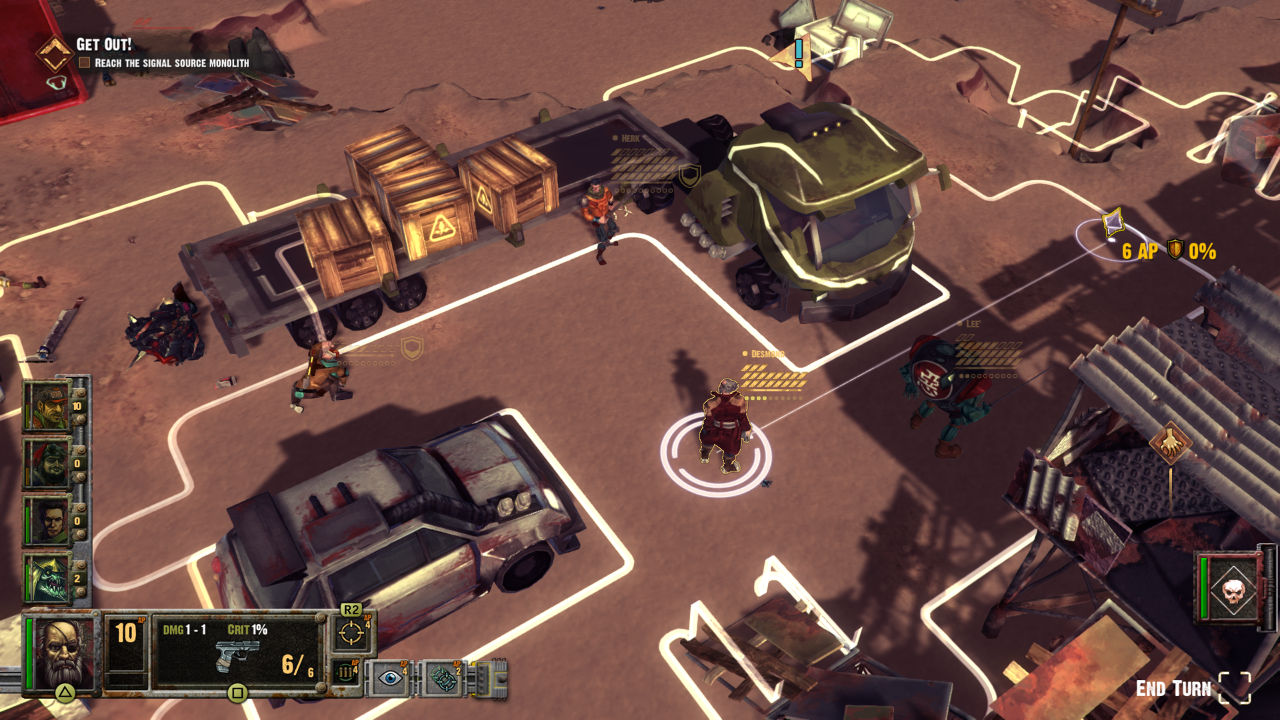 Fallen: A2P Protocol, throughout, tries to do everything it possibly can to imitate the aforementioned X-com. And while it does feature gameplay elements which have been quite frankly stolen from Firaxis’ superb tactics game, it is more like a Poundland version of the said title. And in fact, it is such a poor imitation, that one could go as far as to state that Fallen: A2P Protocol, is a Poundland version of X-com, but also one which has been severely discounted due to its lack of appeals, and severe flaws.

On console, X-com is far from a perfect strategic experience, as some of its controls are rather questionable to say the least. However, in comparison to Fallen: A2P Protocol, it looks like the most fluid console strategy game of all time. And that’s simply because Fallen: A2P Protocol, features some of the clunkiest, and soul-destroying control schemes, I have ever experienced in this kind of games. 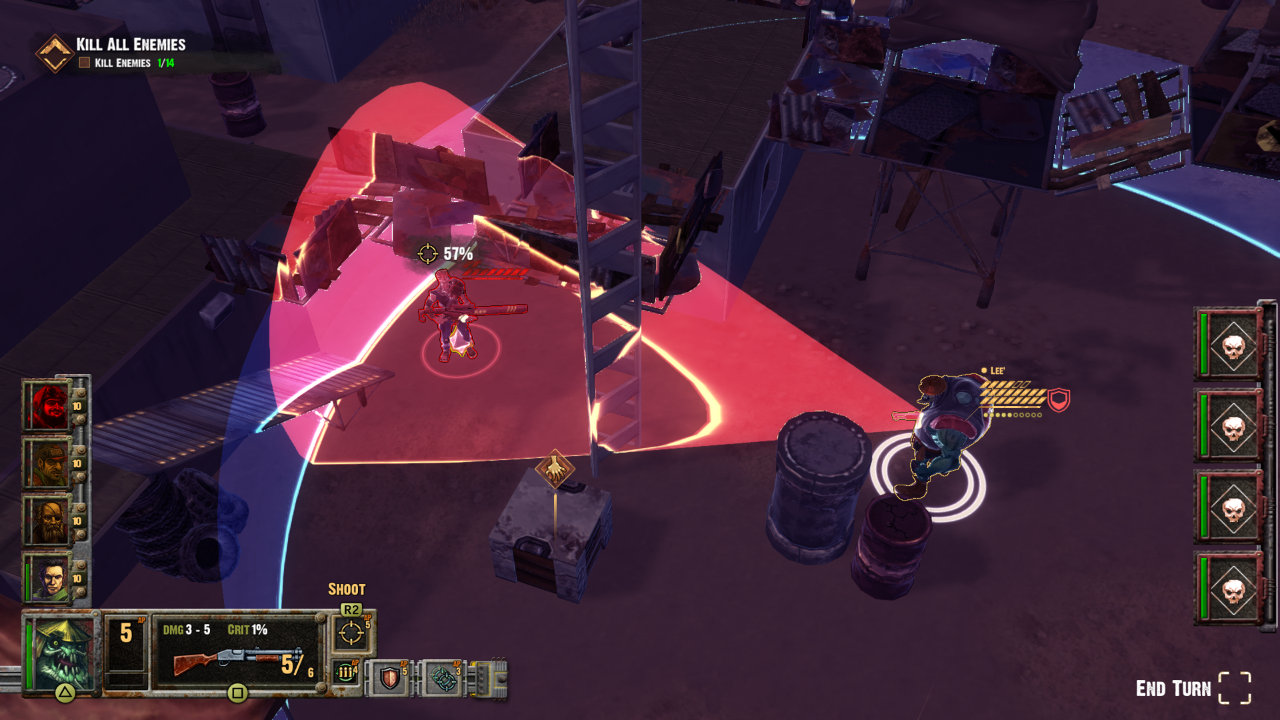 In most titles of this kind, you can simply highlight your target, and press X, and then carry out a selected action from a sub-menu. However, in Fallen: A2P Protocol, first you need to highlight your target, which at times can be incredibly troublesome as in order to do so, your in-game cursor has to follow an uninterrupted path. And if your enemy happens to be sitting behind cover, then you can’t simply move your cursor over the said obstacle, or obstacles, but have to move it all the way around. And due to that fact, you simply may not have enough action points to carry out any other action, as by having to go around, you’ll waste all your action points.

Once you’re done wrestling with Fallen: A2P Protocol’s shambolic cursor mechanics, and get in range of your target, you are then capable of dishing out the pain. But before you can do so, you first have to select the weapon you want to use, and/or the ability – and as it happens the menu concerning all those, has been crafted using the aforementioned tragic UI. So, as you might have already guessed, doing so – while in game – can be incredibly painful, and quite frankly infuriating. But that said, it is par for the course, for this particular title, as it simply is an another extensions of its clear lack of quality in both execution, and game design.

At the start of this review, I have mentioned that in recent weeks I have played some titles, which I perceive to be ‘rotten to their core’. And while I still stand by what I’ve said, then I have to underline that Fallen: A2P Protocol, might just be the worst of them all. As it is truly rotten, and unlike titles such as Flight of Light, it possesses no redeemable qualities. From its graphics, through its narrative, and all the way down to its game design, Fallen: A2P Protocol, is simply a bad game – and there is no other way to say it. And it is possible to go on for hours about how poor this particular title is, but there is simply no need.

In conclusion, Fallen: A2P Protocol, is a game with a lot of hope and promise, as the mix of X-com and Mad Max, sounds incredibly intriguing and exciting. However, Fallen: A2P Protocol tragic game design, and equally poor execution, turn the otherwise mouth-watering dream of a game, into an absolute nightmare. And it is clear that Red Katana, the developer behind the title simply doesn’t have the tenure or experience to create a project as expansive, and ambitious, as Fallen: A2P Protocol, is supposed to be.