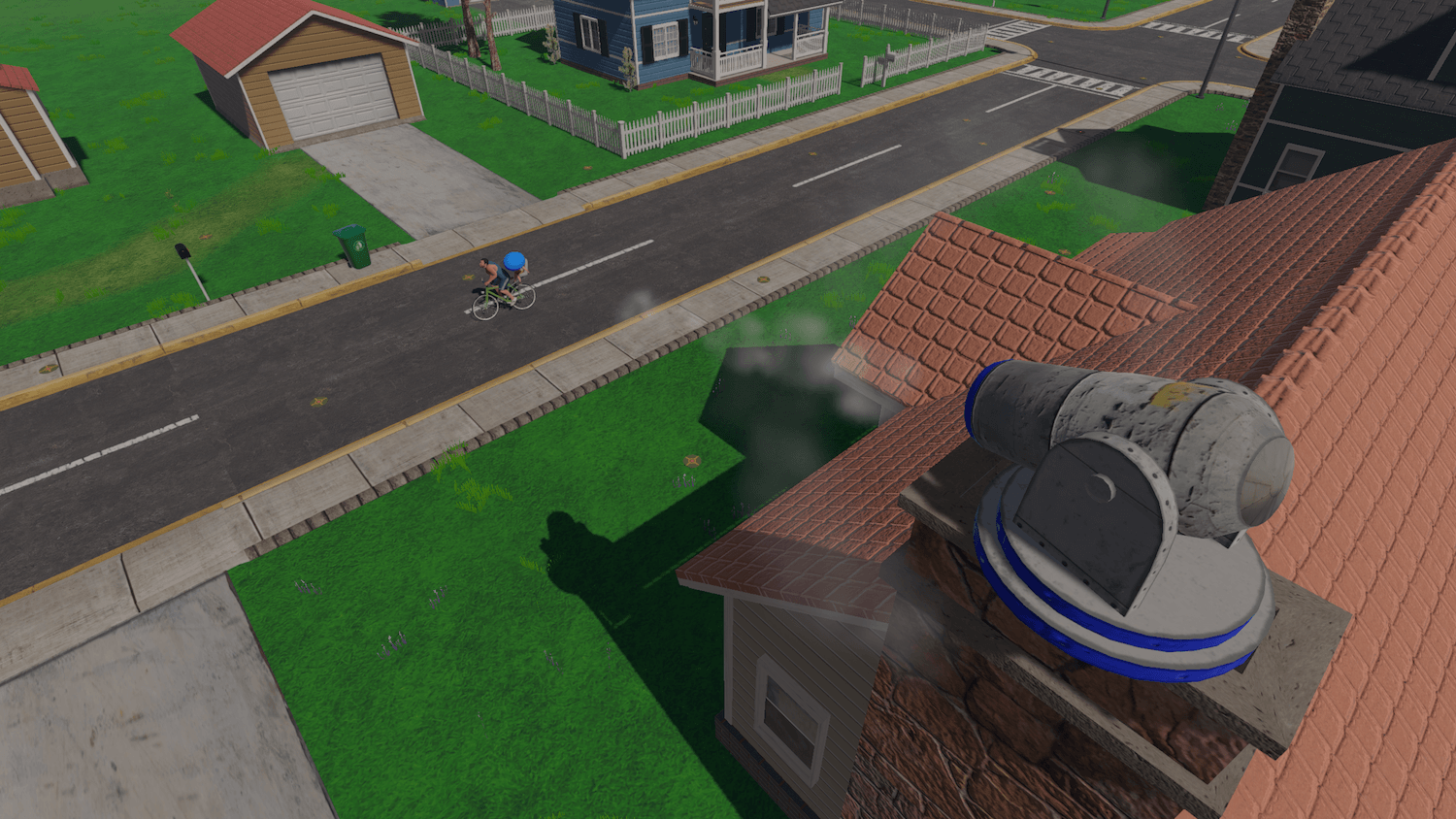 Not so long ago I had the displeasure to play Three Fields’ Danger Zone 2, which might just be the dullest, and most disappointing game of 2018. As at its core, it was meant to be the spiritual successor to the now forgotten Burnout series, but in practice it turned out to be nothing more than a skeleton to what otherwise supposed to have been the next big arcade racer. And in my mind, there is no doubt that it might go down as one of the worst games of 2018, but fortunately enough, it will not be remembered as the worst game of the year, as the recently released Guts & Glory is already challenging it for this rather unfortunate title.

Guts & Glory, just like the aforementioned Danger Zone 2, is a vehicular based title set within short and limiting courses which challenge you to achieve the same repetitive objectives, over and over again. And where Danger Zone 2 wanted you to reach certain milestones and complete side objectives, then Guts & Glory simply wants you to get from point A to point B, without dying – just like the now forgotten Happy Wheels. And yes, Guts & Glory is nothing more than a 3D copy of Happy Wheels, but one devoid of any sense of fun and excitement, and one lacking a level creator which was arguably the biggest selling point of Happy Wheels. 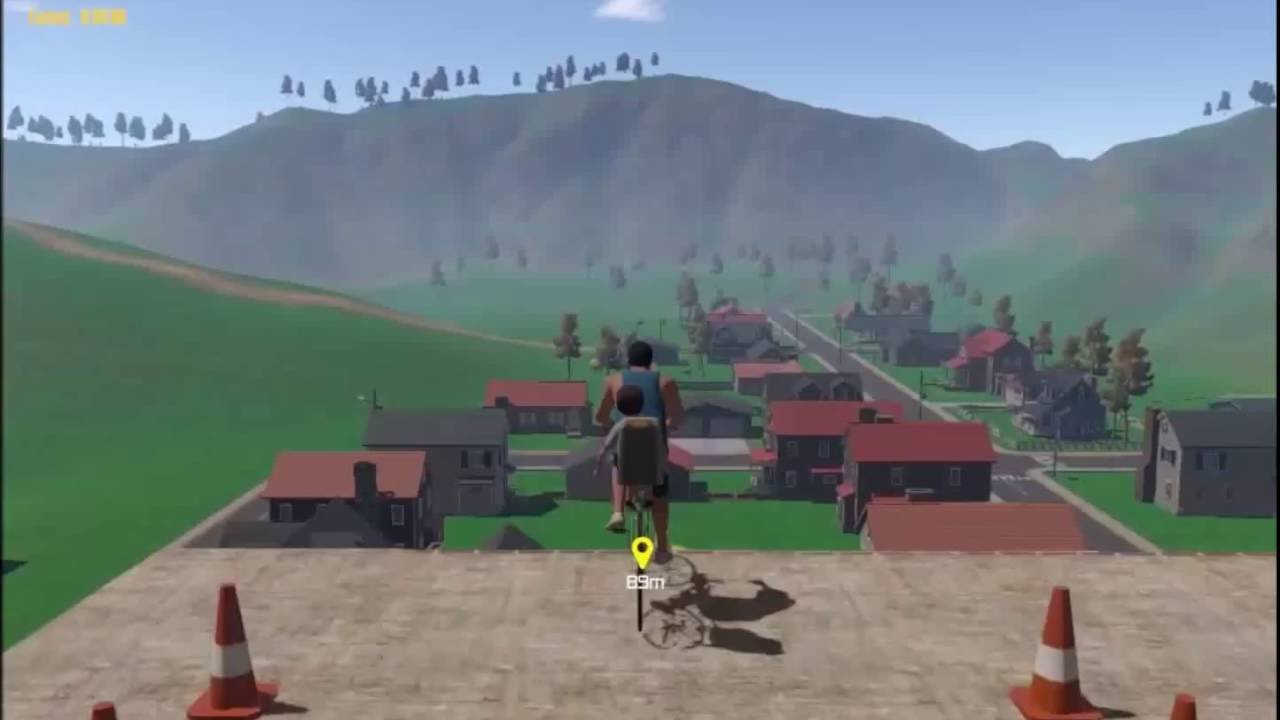 The developer behind Guts & Glory has clearly tried to replicate the above-mentioned Happy Wheels and nothing more. As the title in question is completely devoid of any creative input, and is a clear, if belated cash grab aimed to capitulate on the now lost popularity of the late 2000’s online phenomenon.  There is no significant creative input, no passion, and most importantly no effort within Guts & Glory, as it is as sub-par as it possibly could be. And it is utterly underwhelming from the ground up.

They say graphics are not everything, but no matter how much one would like to downplay the inherent lack of quality within Guts & Glory’s visual facade, then he/she will still struggle to justify it, as this particular game is downright ugly – and there is no other way to put it. In-game models resemble those of the PlayStation 2 era, textures are blurry and stretched into oblivion, and despite of all that Guts & Glory still has a tendency to run in roughly ten frames per second, and features a mind-boggling amount of eye piercing screen tearing. And considering how undemanding the visuals of this particular title are, this is simply unacceptable

Guts & Glory’s poor visuals and underwhelming performance are only one part of the story, as this title’s true demons hide within its uninspired an insipid gameplay, which many Sunday developers would be ashamed of. Which in essence is nothing short of infuriating and depressing, as it combines unrefined and erratic controls with cheap and unexciting level design. And together these two come together to combine a cocktail which will put off even the veterans of Honor and Duty: Arcade Edition, which is one of the worst games to ever appear on the PlayStation Store. 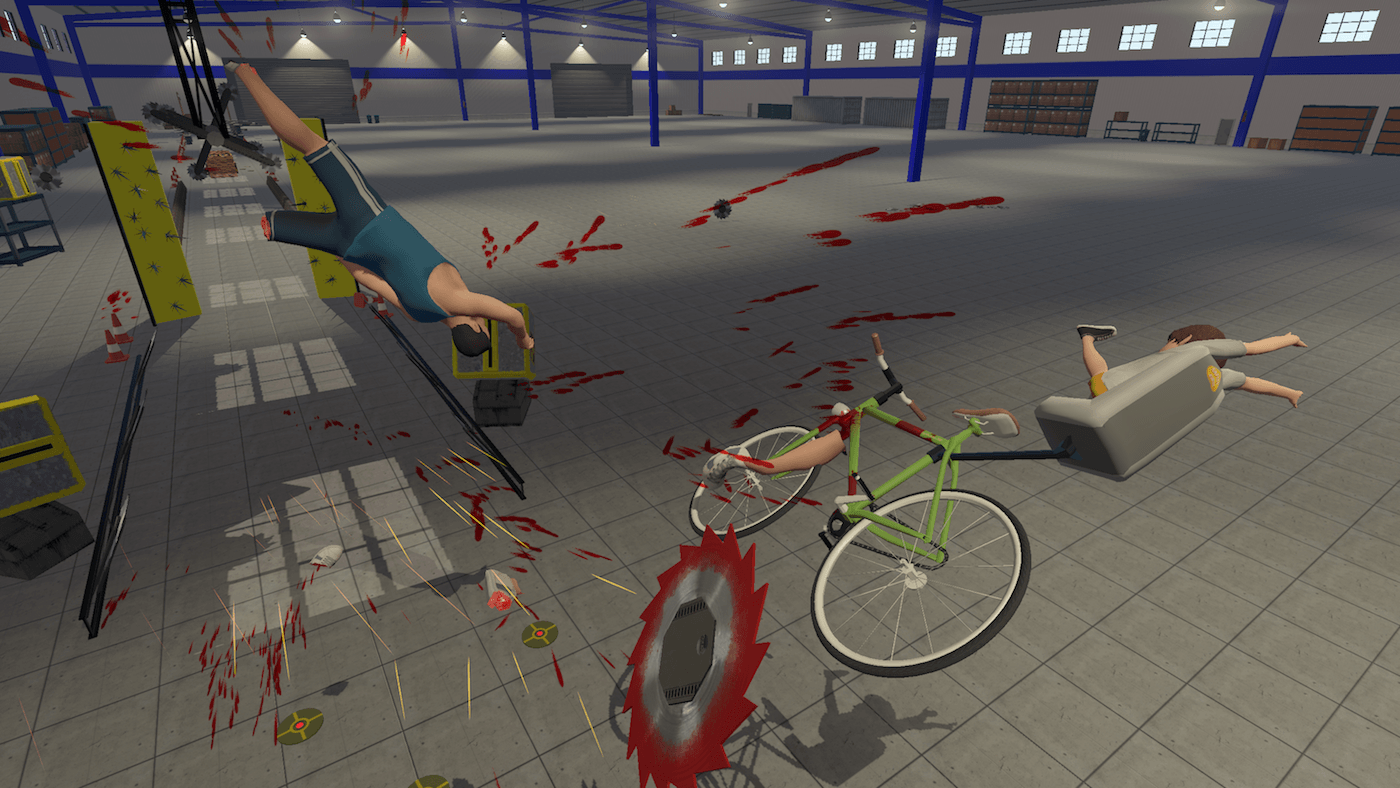 Looking back at Guts & Glory now, after playing it for a handful of hours it is difficult for me to say anything positive about it. Sure, it does feature an avalanche of relatively diverse levels, which surprisingly don’t even feel alike. But their inherent lack of quality, and consistency, ultimately knocks them all down a peg or two, as it is simply too easy to cheese the vast majority of them, as they all lack that final level of polish. And while some levels are easier due to lack of any quality assurance, then it has to be underlined that others are much more difficult as they can impede your progress with a wide array of bugs and glitches, which Guts & Glory is unfortunately full of.

As much as I have loved the original Happy Wheels, and as much as I respect the premise of Guts & Glory, then even I cannot close my eyes and pretend that everything is fine. As ultimately Guts & Glory is nothing more than a cheap and blatant rip-off which is trying to capitalize on a fad which is long gone. And if Guts & Glory possessed a level of quality of a premium, or even a standard indie game then maybe, just maybe, I could ignore the blatant plagiarism. But unfortunately Guts & Glory is far from a modern standard, and in short it is simply a poor copy of a great game, which really shouldn’t exist in its current form.