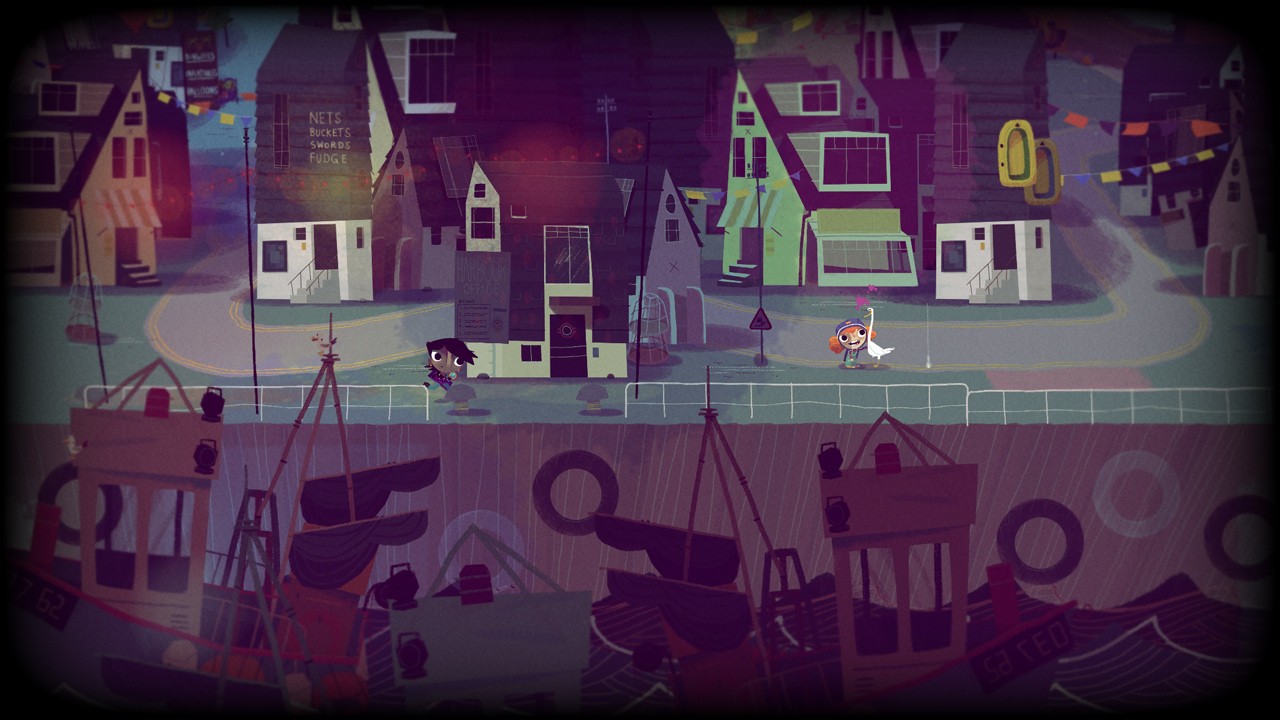 Our lives hold many memories. Some good, some bad. However, the most endearing ones are those that relate to our childhood; especially those that revolve around our times of being carefree and an innocence in playing with toys, riding our bikes and using our imaginations to alter the world around us. For instance, pretending that a tree is in fact an evil monster, building bases and houses for our dolls and action figures or re-enacting a scene from our favourite films, cartoons or serials. It’s a premise that is captured beautifully in the heart-warming and endearing adventure that is Knights and Bikes as it pedals a release on the Nintendo Switch.

Developed by Foam Sword, with publishing through Double Fine Productions, Knights and Bikes follows the make-believe adventures of Nessa and Demelza; two young girls who are growing up on the fictional, Cornish island of Penfurzy during the 1980s. Seen through the eyes of innocence, the two girls embark on an adventure of exploration and discovery as they confront knights and dragons, battle an ancient curse and search for a legendary treasure; all while splashing in puddles, throwing frisbees, going for bike rides and tending to their faithful pet goose, Captain Honkers.

The game focuses on many elements that make up the relationship between the two girls. Friendship, family and fun come to the fore as the two friends perceive the world around them through the eyes of children. What is just a normal tourist map to adults, is a treasure map to the girls. A crazy-golf course becomes a quest through knights, dragons and evil golf balls, as well as the two girls taking time out to laugh, race, argue, play video games together and reminisce and reflect on their families. Despite moments of sadness and tragedy throughout their lives, both Nessa and Demelza retain the innocence of childhood; an element of our own lives that is captured to superb effect within this game. 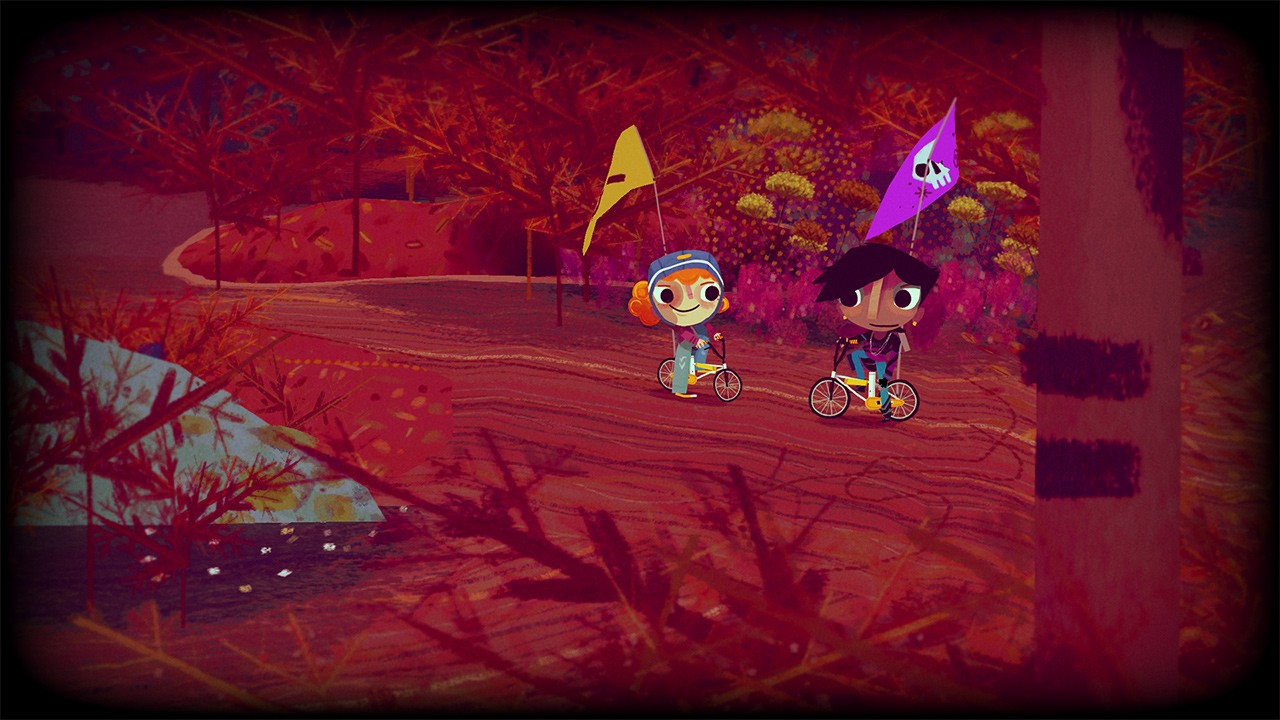 In terms of gameplay, your journey follows a path of linearity that culminates in a mixture of puzzle-solving, action scenes and riding bikes. Each of the scenarios or puzzles offer a straightforward solution or style of combat that never really challenges, although the main premise of the game is such that it doesn’t really need to be. This is purely about the relationship between the two friends and the game constantly pushes you forward in order to get the most out of this subject matter. As you progress through the game’s chapters, the two girls also gain extra abilities to combat any new obstacles. These can range from plungers to open up new areas or water balloons to throw at enemies or put out fires as an example.

Being set during the 1980s, there’s an awful lot of nostalgia value within the game; especially if you too, grew up during that era. As the two girls advance through the levels, they can pick up a series of collectables that can be used to barter for extra additions in order to upgrade the aesthetics of their respective bicycles. These collectables come in the form of 80s-styled nik-naks. If you remember the small monster finger puppets as a child, then you’ll love what you find within this game. At certain points during the game, these items can be traded in for a number of add-ons for your bikes. These can range from flags, wheels, colours, horns and pads, as well as a few other items. You can even create your own BMX styled bike reminiscent of the old Raleigh Burner, even complete with mag wheels! 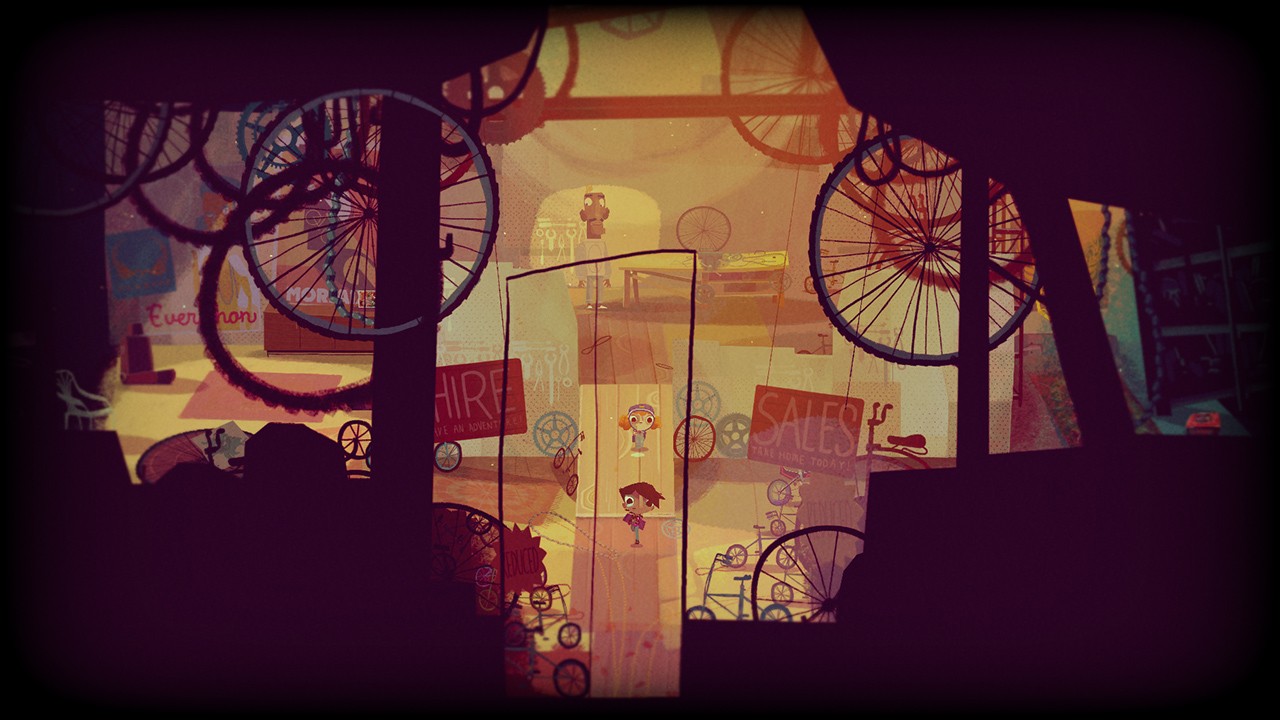 With the focus being on the friendship and relationship of two young girls, the game can be played in local co-op with each player controlling either Nessa or Demelza. This does bring an extra element to the gameplay as you work together and enjoy the innocence of their childhood journey. However, even when playing in solo mode, the game does a sterling job of keeping the partnership at the forefront. This is mainly due to an ease of use in switching between characters, but also to some impressive AI programming that feels as if you are playing with another person. For instance, when certain situations arise that requires you to work together, the AI often joins in combat or working out the solution to the puzzle in the same way you would expect a human player to behave.

The island of Penfurzy, as well as the general presentation of the game, provides a gorgeous setting in which to play. Its painted visuals gives the game a charming, storybook style. It all adds to further bolster the child-like qualities and charms that the game holds so well. All of the game’s characters and supporting cast hold a value of engagement; none moreso, than the delightful honking of the girls’ faithful pet goose, Captain Honkers. The high level of interaction and narration between all of the characters holds a level of engagement that is both funny and charming in equal measure. The whole production level of the game is of a high quality throughout. However, its ease of gameplay may not appeal to all, but its warmth of charm should be enough to melt anyone’s heart. Its long-term appeal though, may hold several question marks, as once you’ve seen everything that the game has to offer, it may not necessarily warrant another return.

Overall, Knights and Bikes showcases the innocence of seeing the world through the eyes of a child in spectacular fashion. It captures the whole feel of being a child again superbly and reminisces of lost feelings, thoughts and of growing up in the 80s. Its ease of play and less-than-challenging scenarios may not be to everyone’s taste, but this is a game that is more about emotions, friendships and relationships, rather than presenting a challenge. It’s in that respect that the game simply excels. You simply won’t be able to resist the charms of Nessa and Demelza, let alone Captain Honkers and the clever dialogue, imaginative designs and pleasing palettes ensure that it holds enough engagement to keep you playing. It’s as beautiful and as charming as the summer evening bike rides we all used to take through the imaginations of innocent eyes.

Knights and Bikes takes you on a charming bike ride through the imaginations of a child’s eye.