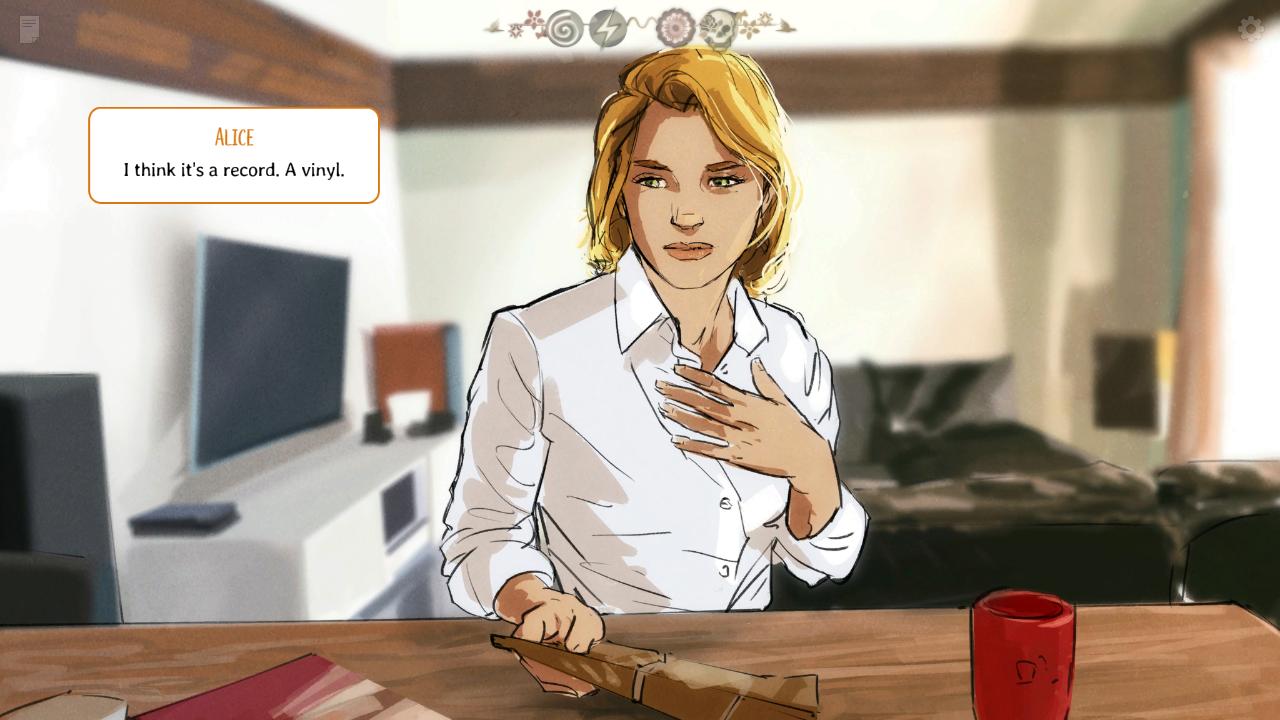 Visual novels are a staple to those who love narrative games and story-based adventures. When I first picked up Across the Grooves, I assumed it would be similar to many of the Visual Novel styles, multiple endings of varying success with character sprites that change expression and pose at points of the story. What I was met with was a dynamic story which challenged my expectations at each turn.

Starting as a slice-of-life story about the uneventful life of Alice, our protagonist lives with her long-term (if a bit dull) fiancé in a nice apartment and has a stable, office-based job. One day she receives an old vinyl record in the mail, which she deduces is from her ex-lover Ulysse. When she listens to the song on the record, she finds herself living a different reality. Her family has no recollection of her boyfriend or the life she claims to have had for the last few years and her fiancé no longer knows her. As if they had never met. In an attempt to uncover the secret of this vinyl and return to her life, she makes a journey hunting Ulysse from clues in his time travelling across Europe and trying to find the truth. Despite this, she moves further away from her aim as her reality shifts whenever she listens to the song cut into the grooves. Across the Grooves is hard to capture without spoiling any of the endings of the story and the secrets it holds, but the story of this game is powerful enough to recommend this title. 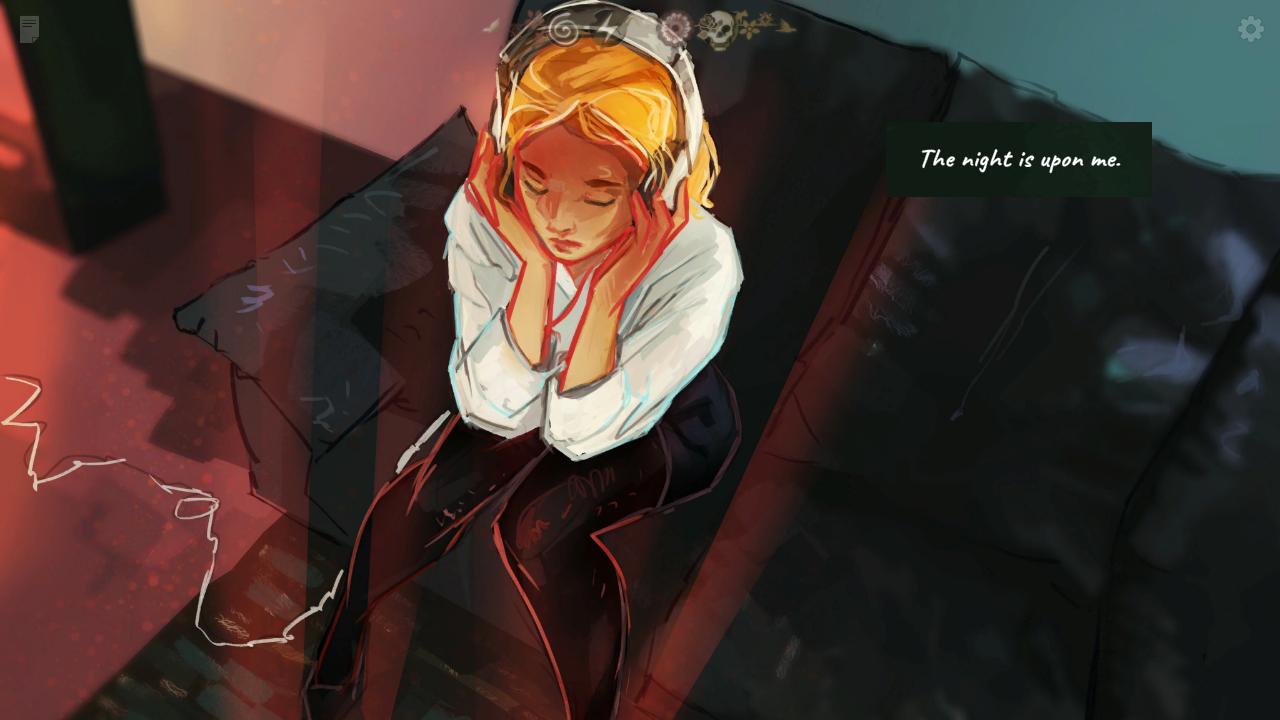 The branching narratives are carefully sculpted, the player as Alice forming a relationship and finding clues depending on player choices. Each option alters her journey and the exact ending that the player will reach. There are unlockable to be collected by making certain choices and after several playthroughs, with multiple different endings, I still hadn’t found them all. The replay value of a visual novel with this type of narrative structure is typically quite high, but the deliberate nature of each choice and its consequences in Across the Grooves enhances this for the game. Instead of choices having small repercussions, they can decide Alice’s entire fate with one decision. The ultimate control over the story is a fascinating technique which I found engaging throughout the entire plot. Magical realism is something that I have not seen done often and done well in the same title, but this game has challenged my expectations at every turn.

Across the Grooves mixes typically Visual Novel style, sprites over background images with hand-drawn artwork in a European comic book style. This really works to enhance the magical realism theme, especially during the scenes of shifting reality and as Alice diverts further from her original life. Often times I found myself taking breaks from the gameplay to just take in the designs which had clearly been so carefully created. This title is rated 16 for EU audiences and Mature for North American audiences, so be advised some of the artwork is not entirely ‘safe for work’. While in my playthroughs, I did not come across anything considerably vulgar, there were brief shots of full nudity in the artwork. While this is very clearly done for artistic reasons rather than erotic, the age rating exists for a reason and this game is suitable for adults only.

A clear deviation from many of its genre is Across the Grooves’ focus on music as a part of its plot and beyond just a necessity of good game design. The original soundtrack is beautiful, seeing the song on the record take on many music genres and forms as Alice’s life becomes distorted by the record. Further, the general background music is soothing and makes the game a joy to experience, not just to play through for completionist satisfaction. My one real complaint with this game would be that while I enjoyed listening to the song on the record in all its forms, the ability to skip through the music is complicated as you can skip through the visual lyrics on screen but not the accompanying audio. While this is not a glaring issue by any means, the lyrics do repeat quite often throughout a playthrough and while they are contextually very important to secrets in the plot; the lyrics aren’t difficult to remember. It did not have any voice acting, but I feel that voice acting would have added one too many components to the artistic value of this game. I found the comic-book effect highly entertaining and did not desire to have the Visual Novel read for me at any point. 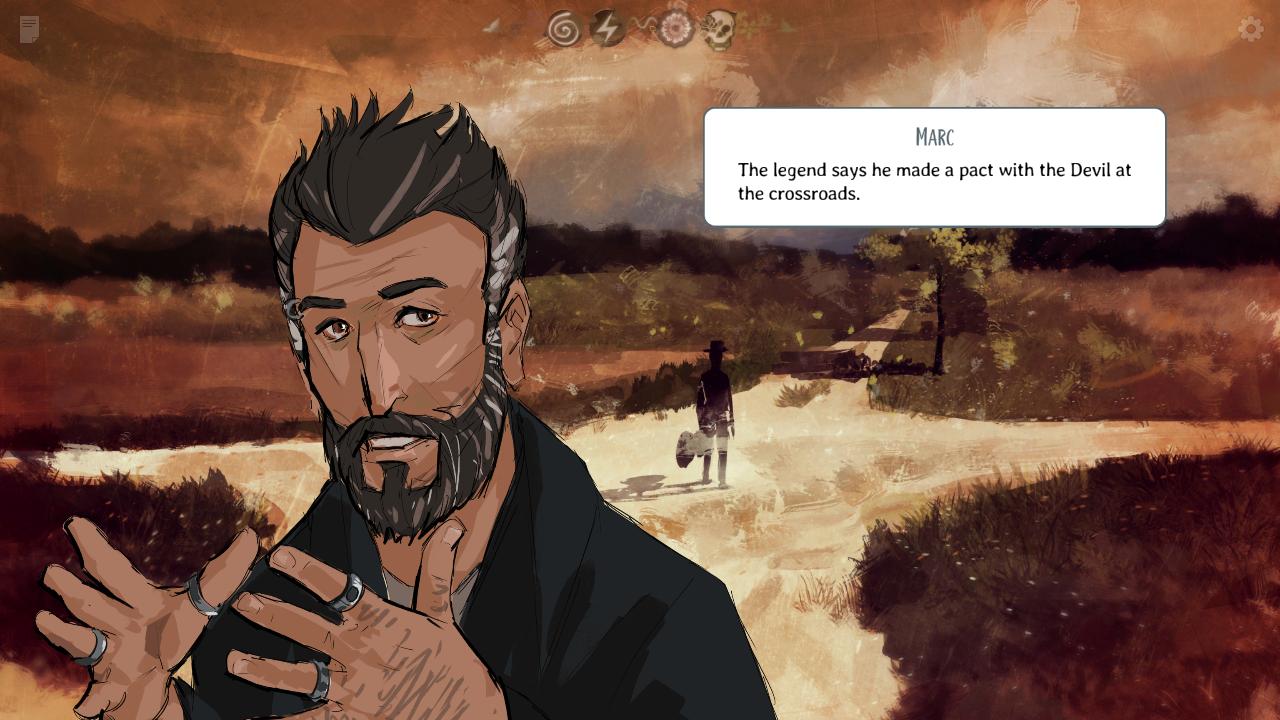 The cast of characters was diverse and had an international setting, exploring cultures with nuance and representing a real-life diversity. In my opinion, this is something greatly lacking in most published visual novels. The presentation of these healthy, diverse adult relationships was something to be admired and Nova-Box has done an incredible job with this game. The mystery of Across the Grooves is something I won’t forget easily and is a game I will revisit with a newfound excitement not too long into the future.

As Visual Novels typically do, Across the Grooves is very text heavy. The story is well written and engaging, but may not be very exciting if one is not a big reader. While this is a precursor for the genre, if this is your first visual novel, I can recommend it for its manageable length. I did not feel dissatisfied with the few hours my first playthrough took me as many endings and pathways throughout the narrative means the game can be explored in a different way. The depth of themes and visual novel style is reminiscent of cult classics like Katawa Shoujo. If you are looking for something trippy in the realms of the Doki Doki Literature Club, Across the Grooves provides a more adult, intense experience of this kind. This level of commitment to style and visual design can also be seen in such works as Cinders as well as Night Call.

Across the Grooves was incredibly relaxing to play, even if some of the story points had me holding my breath at dramatic reveals. Its price point is easily forgiven for its depth of play and how replayable the title is. Without exaggeration, I would recommend this game to anyone (any adult!) who is eager for a good story that could entertain for hours.

Across the Grooves Review

Across the Grooves is a magical realism adventure with a musical infusion. This game is a narrative masterpiece.