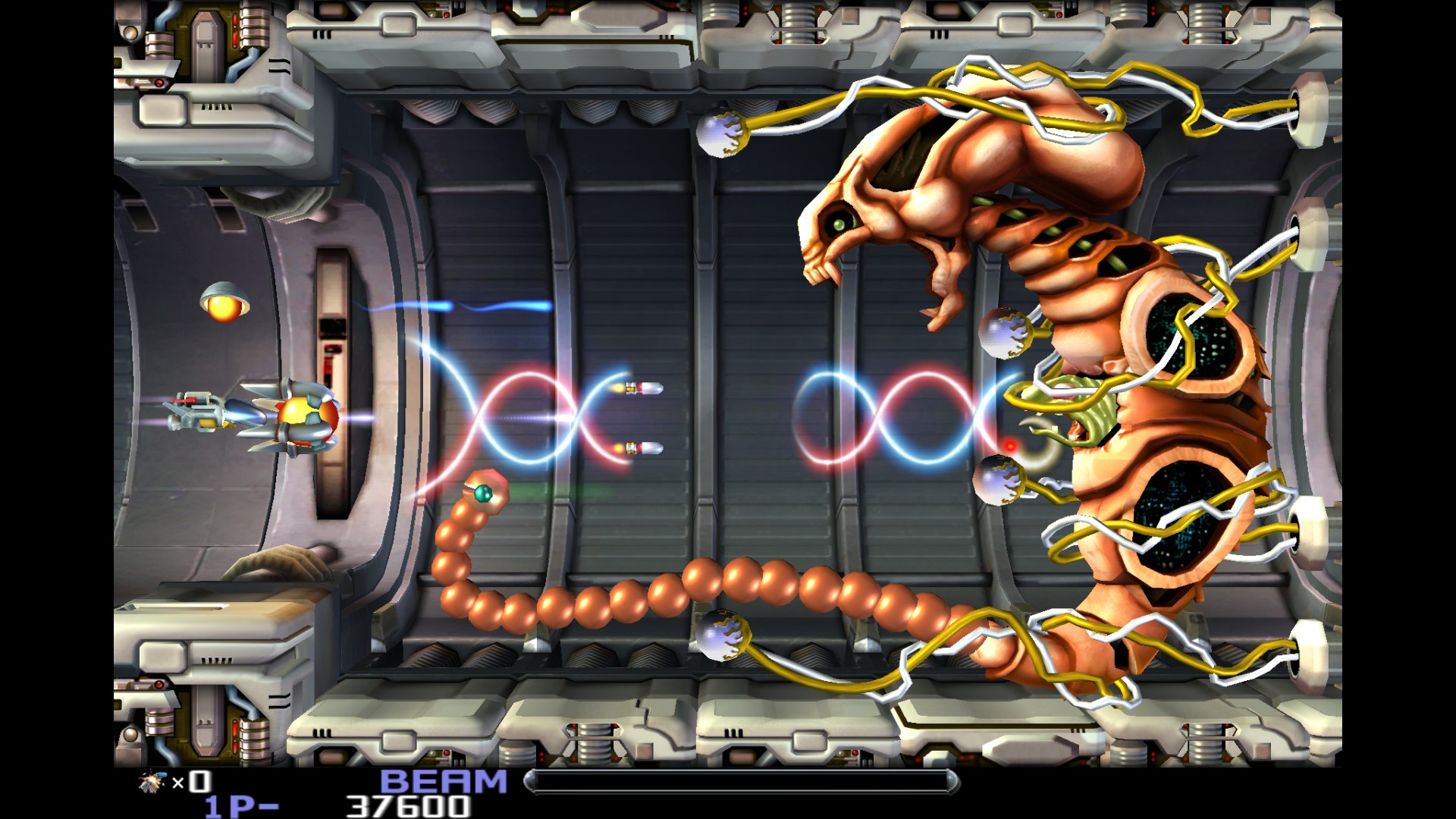 I remember many years ago, when I was a small child, that my friend rented out R-Type 3 for the SNES. This was my very first foray into the world of Side-Scrolling Shoot ‘Em Ups with many more to follow. BioMetal, Darius Twin, Gradius, Parodius.. so many great series’ and while I eventually got my hands on Super R-Type and many of the games that followed, R-Type 1 and 2 always eluded me until the release of R-Type Dimensions last generation and now R-Type Dimensions EX this generation. The defining mechanic in the R-Type universe is the force unit and it is what allows your weapon upgrades. You can attach it to the front or the back of your ship changing the direction you fire in or blast it at an enemy or even use it as a shield and with updated visuals it all just looks fantastic. Speaking of fantastic updated visuals, R-Type Dimensions EX is a complete remake and remaster of the first two games in the R-Type series with the original games perfectly contained and unchanged, but at the press of a button you can shift between the classic graphics to completely remade high-resolution 3D visuals and I have to admit, it’s a job well done. While staying absolutely true to the art style and level/enemy/boss design of the original games, Tozai Games did an amazing job of modernizing everything and making it look amazing. The same treatment has been given to the aforementioned Force Unit, all weapon upgrades and effects making the game quite pleasing to the eye overall and making the various weapon types very satisfying to use.

Visuals aside, you also have the option of the original music heard in the retro releases or completely reworked music and sound effects to bring the overall sound inline with the new high-resolution graphics to modernize the entire experience. The new music is great too, essentially remaking a lot of the original songs while adding in additional tracks and extending them appropriately. As well as new graphics and new music and sound effects, a new Infinite Mode has also been added. In this mode you can play through the games with infinite lives/ships which is fine for children I guess but I personally found it to be cheating. Aside from that though, Infinite Mode can be used to play and practice whichever stages you want to play and that is a great feature and allows the player to get the hang of later levels if they’re having trouble reaching them in the first place. Infinite Mode also keeps track of lives lost and high scores for specific stages as well as overall playthroughs too so players can view at their leisure. While I am sketchy on the infinite lives in Infinite Mode, the additional options certainly have their uses. 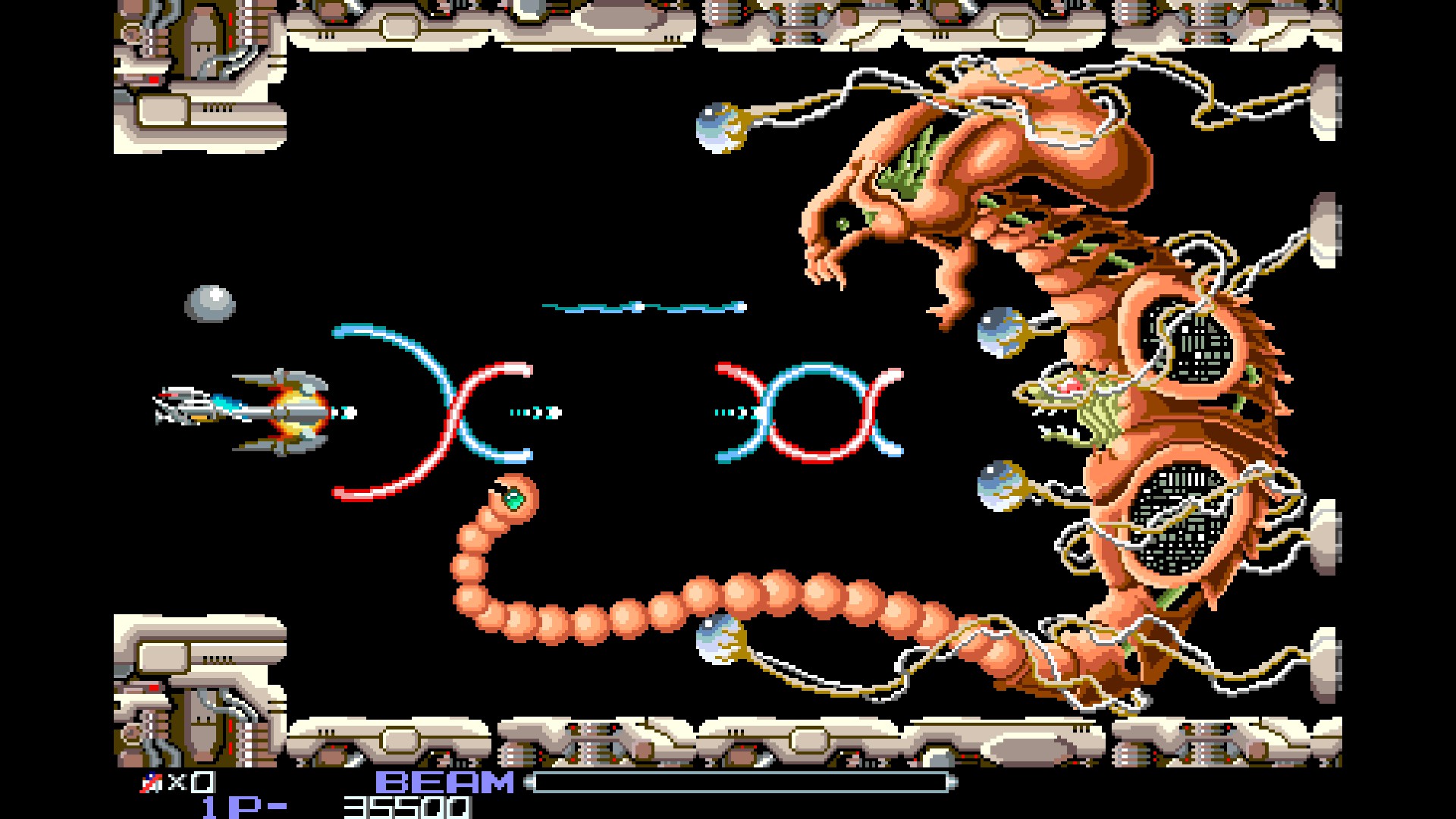 On top of all of that, there are also newly added features in the form of a slow-motion and fast forward function allowing you to slow down time to duck and weave through troublesome areas as well as speed through easily manageable sections of stages. Personally I find this to be a bit of a cop-out to be available from the get-go as I would have preferred it to be an unlockable feature to incentivize people to complete the game first to obtain it and even then I would have added a cooldown bar for both features to prevent them from being overly abused but still I can see how players new to the franchise or genre could use them to learn to become better skilled. I am pleased overall that it was added but I wouldn’t have just handed it to the player, instead of making them work for it as it would be a nice reward rather than another feature making the games way too easy. Maybe it’s just the old school gamer in me but I guess I should just be thankful there aren’t autosaves every 30 seconds.

Moving on, the co-operative play has also been made available so you can play with a friend or family member. While this is a great addition, I find it even more interesting than an option to allow ship collision was made available to really ramp up the difficulty. Playing with a friend is fun but both of you dying if you run into each other is chaos in the best of ways. I can see a lot of people laughing and screaming over running into each other in difficult levels and how it would promote precision and focus. It also turns co-operative play into competitive play allowing you to try to obtain more points than your partner and attempt to lure them or outright force them into potentially deadly situations. 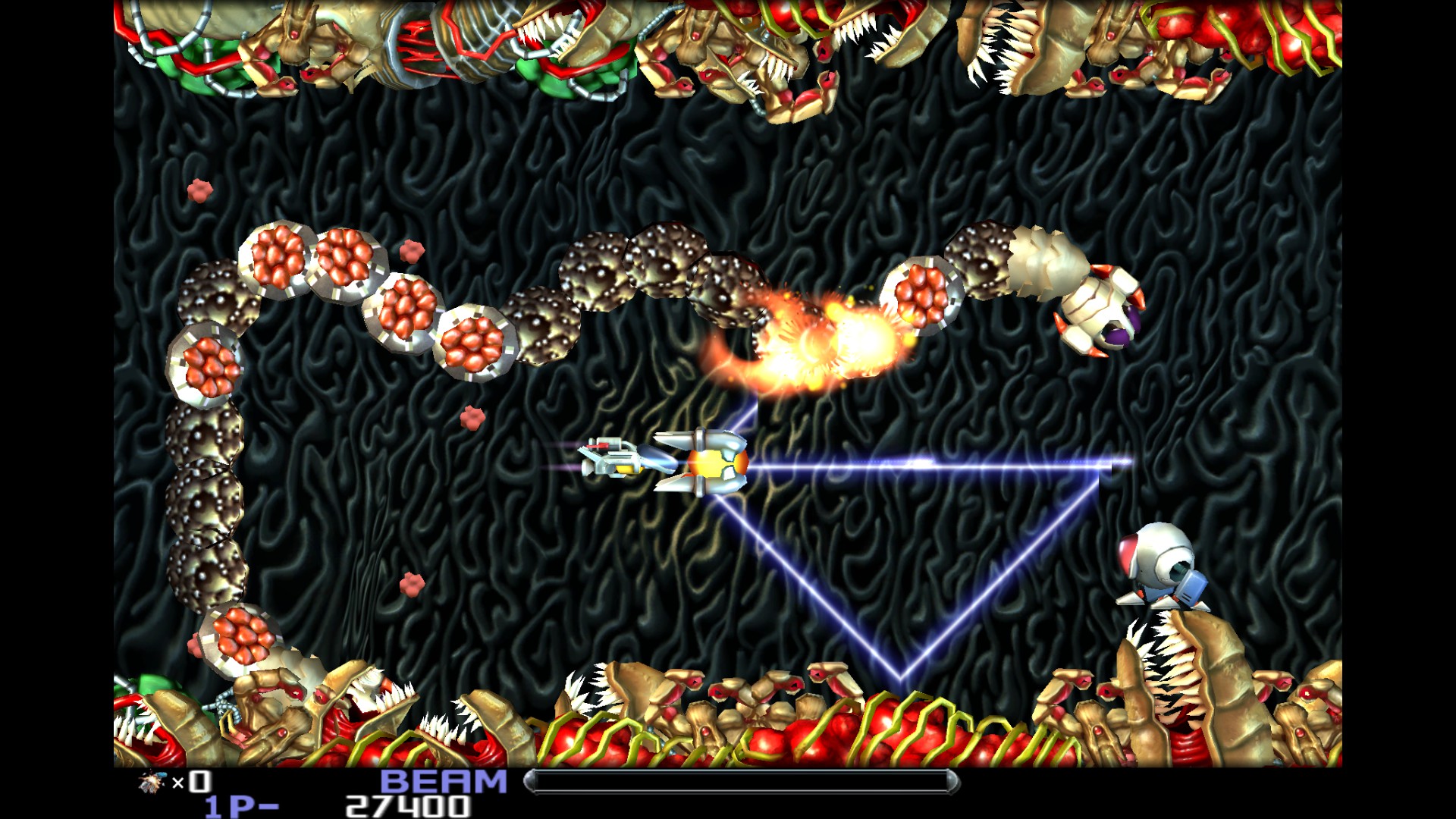 So in summation, we have 2 complete games with additional features and modes with optional completely reworked graphics, music and sound effects as part of the R-Type Dimensions collection and the EX release offering 1080p resolution as well. For those that didn’t pick up the last-gen release, you can play in even greater fidelity on current-gen consoles and for those who have never played this collection, the original releases or even the series in general, this would be a great starting point to start blasting the Bydos with charged shots and free humanity from the mounting Bydo alien threat. While I feel the game loses points for making it too easy initially, those new modes are features are completely optional and with a whole achievement/trophy list incentivizing the player to play these games in the right way it’s easy to overlook and argue that it makes the games playable for today’s newbies.

R-Type Dimensions EX is available on Playstation 4, Nintendo Switch and Steam with the Original release R-Type Dimensions being available on Xbox 360 and Playstation 3’s online stores. For the purposes of this review, I played the PS4 version and if I’m being honest, it’s a shame this wasn’t made available on the PS Vita or 3DS as it’s the perfect pick up and play style game collection that both handhelds need more of. Overall I would say that R-Type Dimensions EX (or even just Dimensions) is a must-have for anyone who is a fan of the Side-Scrolling Shoot ‘Em Up genre, R-Type series, Arcade games or retro titles in general. Now let’s hope that Tozai Games does a remake/re-release of R-Type Final one day.

A must have for anyone who is a fan of the Side Scrolling Shoot ‘Em Up.