Majority of AAA titles, when introducing a content pack or simply an expansive DLC, prefers to start off slow and steady, by feeding the plot of the addition in well-paced drips. However, the first major portion of Deus Ex: Mankind Divided season pass, titled System Rift, does exactly the opposite, and hits the player from the get-go with some heavy-handed truth, which for some may be too difficult to handle.

The aforementioned DLC, opens with a conversation between the protagonist Adam Jensen, and his old acquaintance Francis Pritchard. And besides the usual ‘’I need you to go to X, in order to retrieve Y’’, the conversation between the two drifts away from the main objective, and touches upon subjects such as the New World Order, and the Illuminati. The subject of the evil corporations which hold the world, and the common man who occupies it in their grip, is a continuing theme throughout the System Rift DLC. But where Eidos Montreal, the developer intended for the inclusion of the secretive organisations to add intrigue, and importance, to the rather short-lived expansion, it has ultimately turned it into a parody of itself.

By the time, System Rift comes to a close, it cannot be taken seriously in any capacity. Any importance which Adam Jensen’s mission might have had at the beginning, disappears with every single comedic monologue of both the protagonist, and the cast of accompanying characters. And after you, the player has to sit through yet another ‘’old man yells at the cloud’’ speech, an hour into the DLC, the connection between you and the narrative, disappears completely. And the lack of connection between the two, subsequently turns System Rift, into what could be a throw away main-game, side quest. And surprisingly the dissonance between the two, is what actually makes System Rift enjoyable. 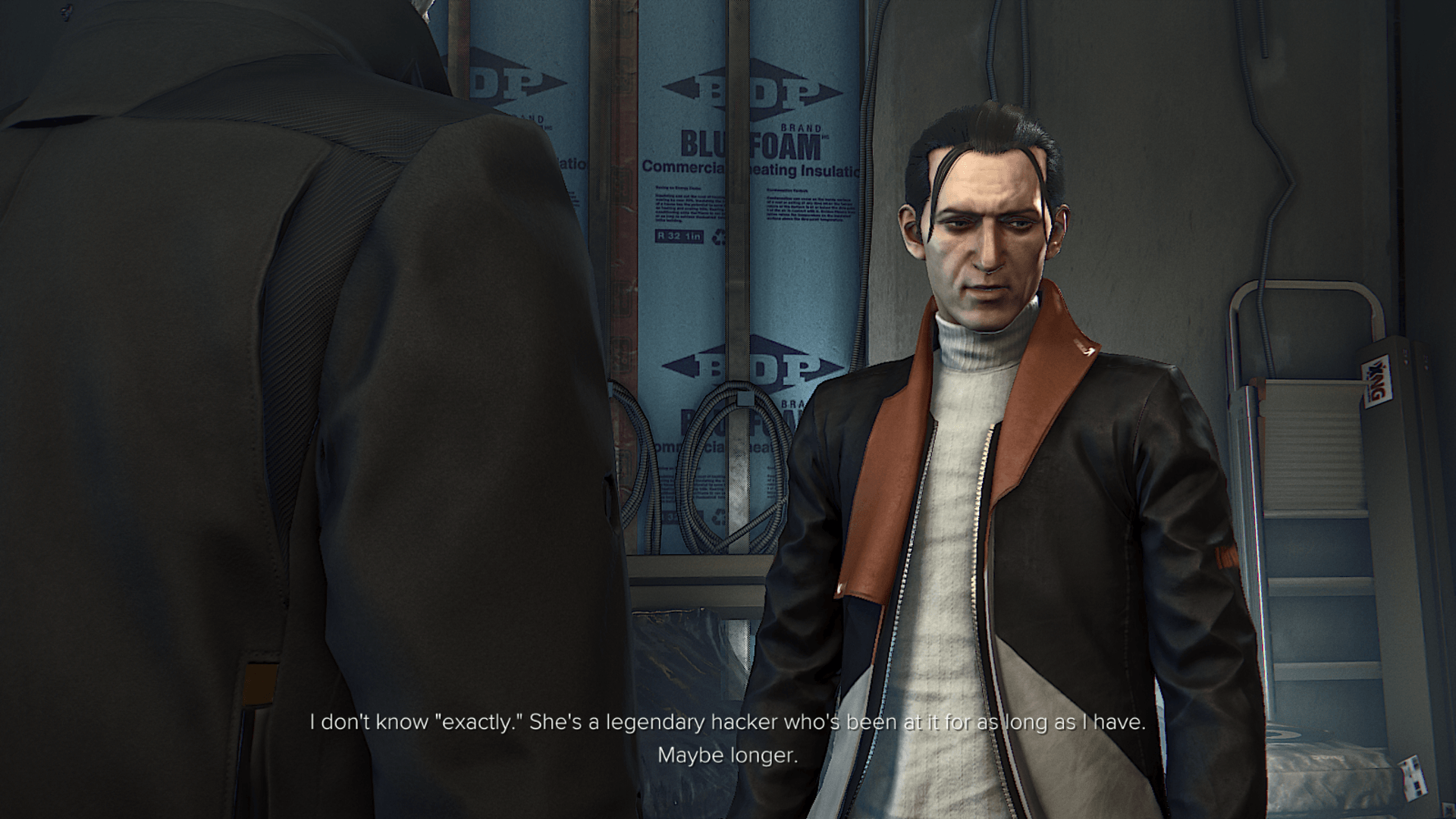 Within the digital confines of Deus Ex: Mankind Divided, one could easily skim past all the enemies, cameras, and sentries by simply activating the cloaking device. However, the addition of heat sensors makes such tactics completely unviable. And this is because in latter stages of the DLC, all mechanized hostiles, as well as cameras, are equipped with temperature sensors, and can detect the player character even when completely invisible.

Heat sensitive cameras, in the grand scheme of things, are more of a gimmick rather than a revolutionary mechanic, but nevertheless, they add another dimension to the well-established, gameplay mechanics, and put the player on edge. And the simple fact of you having to constantly ensure that you are completely out of sight of cameras, turrets, drones, and mechanized sentries, creates a brand-new connection between the player and the title. A connection which has been previously dissipated by the comedic, and lacking narrative.

The constant state of fret, which comes from the inclusion of the heat sensors, makes the player more anxious, and aware of his/her surroundings, than a hypochondriac in a kindergarten. But unfortunately, the two sections of the DLC, which feature the said gimmick, only last about twenty, to thirty minutes. And what comes before, and after, is just as previously stated simply disappointing. Yes – there is a rather enjoyable puzzle section, right at the end; but its inclusion completely dismantles the sense of dread, which has been previously established within the heat-seeking chambers. System Rift, tries to salvage its ending with another dose of sneaking past the heat-seeking hostiles, but unfortunately, the ending itself is so anticlimactic, it completely deflates any sense of achievement, which one could have, after finishing the DLC. 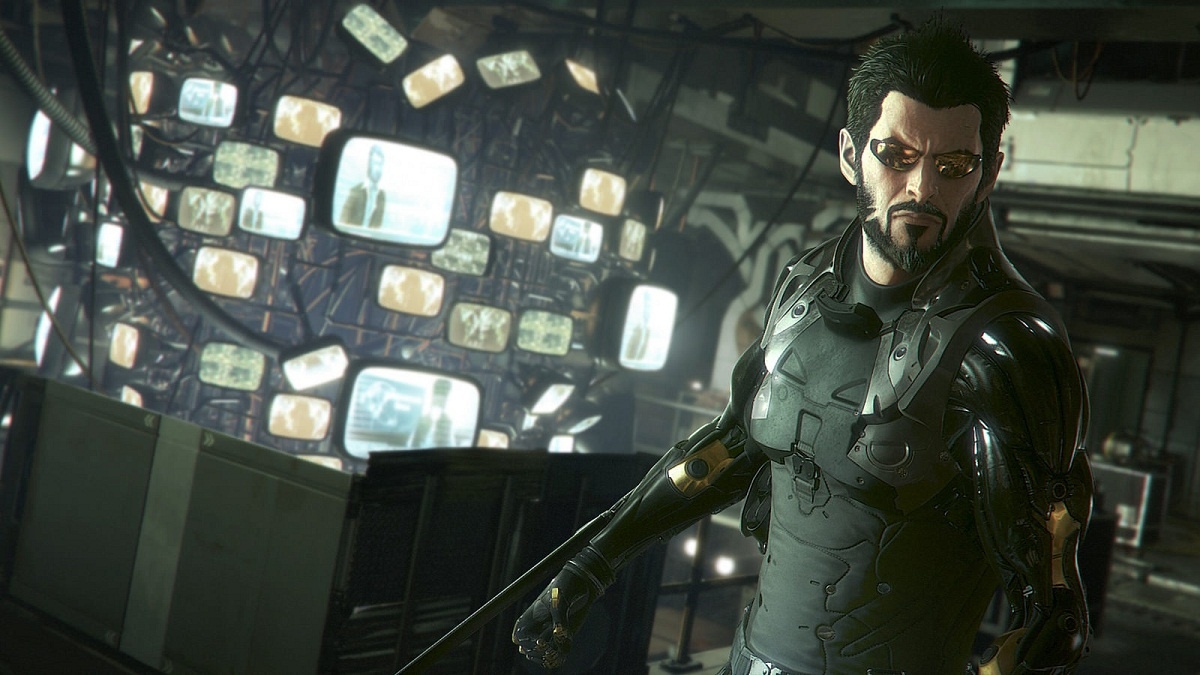 One could argue that System Rift’s ending is simply an analogy for the entirety of the content pack. It details Deus Ex’s current state of affairs, spices it up with a dose of conspiracy theories, and just as things begin to pick up, it serves the player with a curve ball of a choice, which just like the entirety of DLC, is completely meaningless. And just as the player makes his or her, choice as in what to do with the information acquired from the main mission, the DLC simply ends. There’s no closure on the implications which the mission might have had on the corporations involved in the main story line. And the conclusion to which the System Rift comes, is so disappointing, that the entire endeavour with the content pack feels like a waste of time, especially after considering that, it adds nothing to the main game.

In closing, it must be underlined how shallow and empty System Rift truly is. Yes – it is just a DLC, and one should not expect it to be as profound as the main game. But where System Rift flaunts itself as a huge addition to the main story, a significantly important chapter is Adam Jensen’s life, it fails to live up even to the expectations that one would have even when approaching a side mission in the main game. In fact, one could say that it is not even half as good as Mankind Divided’s side missions such ‘Cult of Personality’, or ‘The Harvester’. And such state of affairs makes System Rift, not only feel like a waste of your money, but also a waste of your time, even after one takes into consideration the rather brilliant heat-seeking stealth sections.