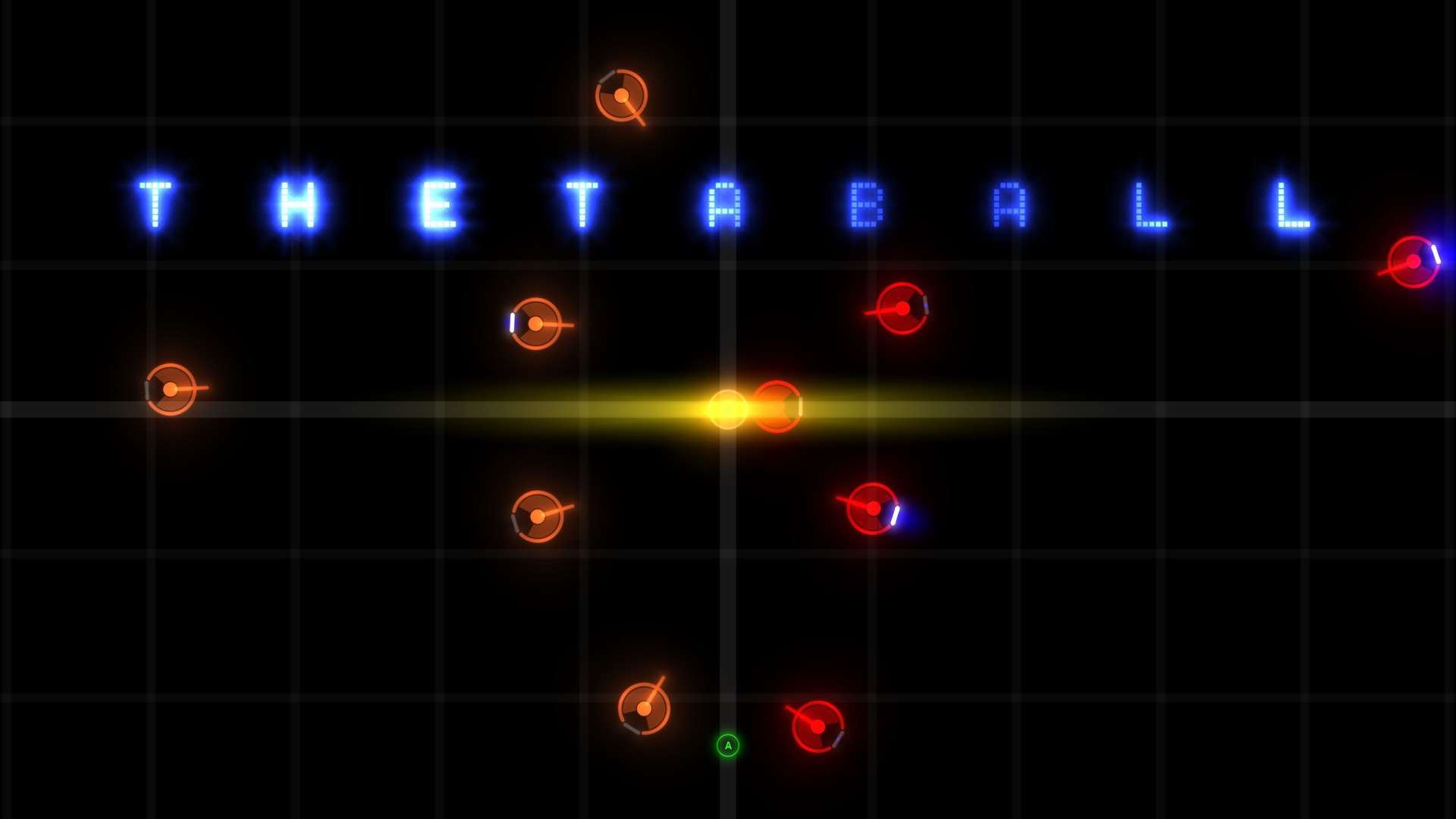 Remember the classics  Space Invaders, Pacman, Asteroids? That’s where the inspiration for Thetaball originated, taking the forerunner for physics based games, this new version combines the best elements of vector arcade games from the late 70’s and 80’s fusing together American college varsity sports.

Take on a new challenge and play up against what could be some of the best AI opponents that sports games have to offer; whilst AI in other games can be unbearable at times when they do the opposite of what you want them to do. The element of simulated evolution is the perfect way in which every bot is a distinct individual, each with their own experience of cooperating and playing against other bots, making them lifelike and diverse, compared to other games. This kind of AI creates an interesting game style in which the games become ever more competitive the further along the season you go the more experienced each team becomes.

Thetaball in the first instances feels much like a stripped back ever more so engaging version of Rocket League, at least the amount of frustration and hours you put in to improve, no matter how unendingly painful every match can be. Although Rocket League lacks some of the finer elements that Thetaball has to offer to the average player, similar to most games the introductory tutorial moves away from being patronising and tedious, the tutorial throws you straight into controlling the vehicle, which ironically looks like a futuristic tank of sorts, although it’s required that the player must complete the first 3 drills to unlock your team and begin your season, whilst the text boxes for hints are helpful when starting out, this method eases you into the mechanics of the gameplay and how you move around the arena. 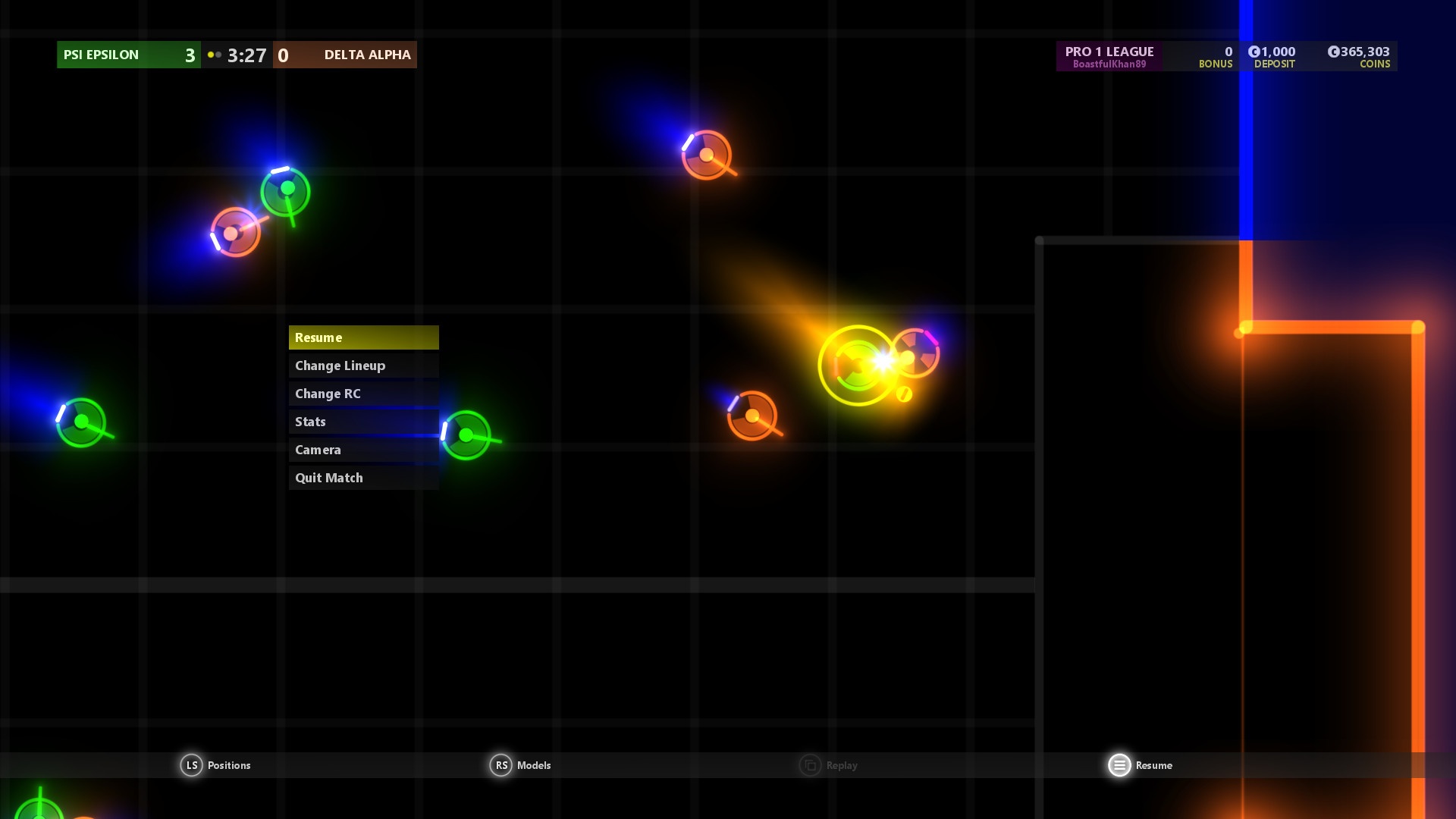 Getting comfortable with the controls is any gamers bread and butter when it comes to a new game, setting up controls that mirror how you might play a similar game or even just what you are comfortable with. The drills are the best place to get into a rhythm with the mechanics before you embark on combating the AI, and realising the only skill you have is skidding around the arena like Bambi on ice. There are plenty of options available for stick layout and assists that can help or hinder your play, it is all about trial and error before you enter the competition.

Almost like a military operation tactics are key to claiming your place in the higher end of the league table and being able to beat the AI, some of the best tactics is the ability to rely on your team to keep the ball whilst you glide towards the box looking for an open space, to blast the ball into the goal.

Imagine a starry night sky, the heavens are they illuminated bright white your ears are filled with a deep, resonating humming that’s distant and distorted; over the ridge rises a mass of blinking lights banishing any shadows from lapping at the source. This game utilised an out of world, futuristic sound that hits you when the game loads building an image from a classic extraterrestrial film of a UFO hovering overhead, picture Close Encounters of the Third Kind. 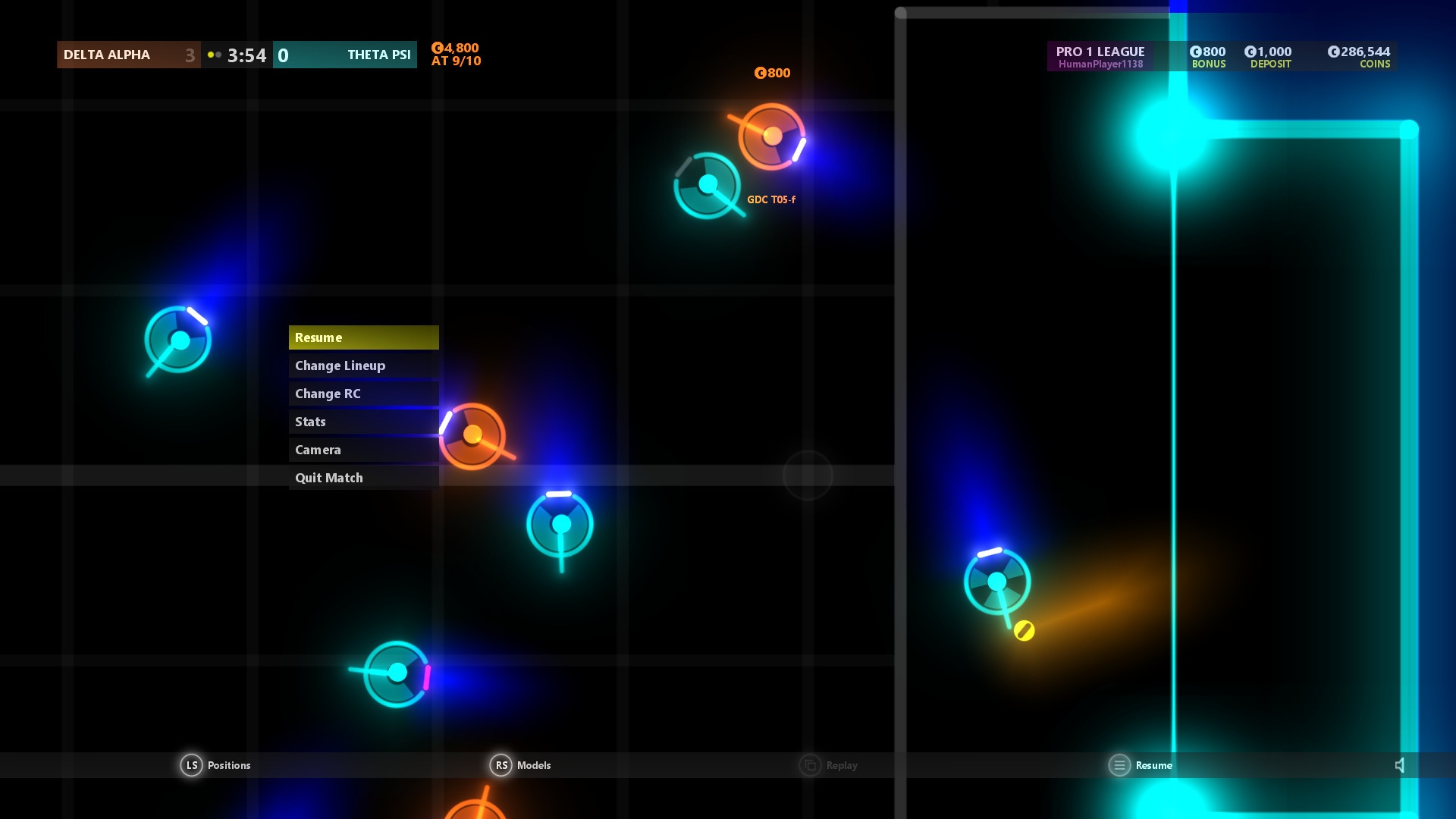 It is not difficult to feel lost during the first few games as it felt as though the rules of the game weren’t very well explained – obviously the main aim is to hit the ball into the goal more times than the other team – but upon heading into the first competition there are some areas which should have been explained. Searching across the menus there was no clear ‘rulebook’ of sorts, which is frustrating when the team keep gaining one point due to uncontrollably sliding into their goalie, or you hit into a wall and wonder why the credits have dropped by half before the first game is up. Whilst some players may benefit from being thrown in the deep end, it’s one aspect of the game in which the developers need to have more direction on how to play the game.

Thetaball brings a new challenge to sports based games, with intellectual AI putting up a fight to beat the player and physics based game play that whilst frustrating can be enjoyable as you slide into the box to give the ball that extra knock. Whilst it may not be a game that you might sink days or weeks of your time into, it brings a new level to what some people may consider a party game with the competitive edge to it.

Matthew James Smith no longer writes for Bonus Stage. We would like to thank him for contributing 1 Review during his trial period with us. Reviewers are an essential part of Bonus Stage and therefore we sincerely appreciate all contributions from reviewers/writers who in-turn help to contribute to Bonus Stage's success. We wish him every success with his next venture.