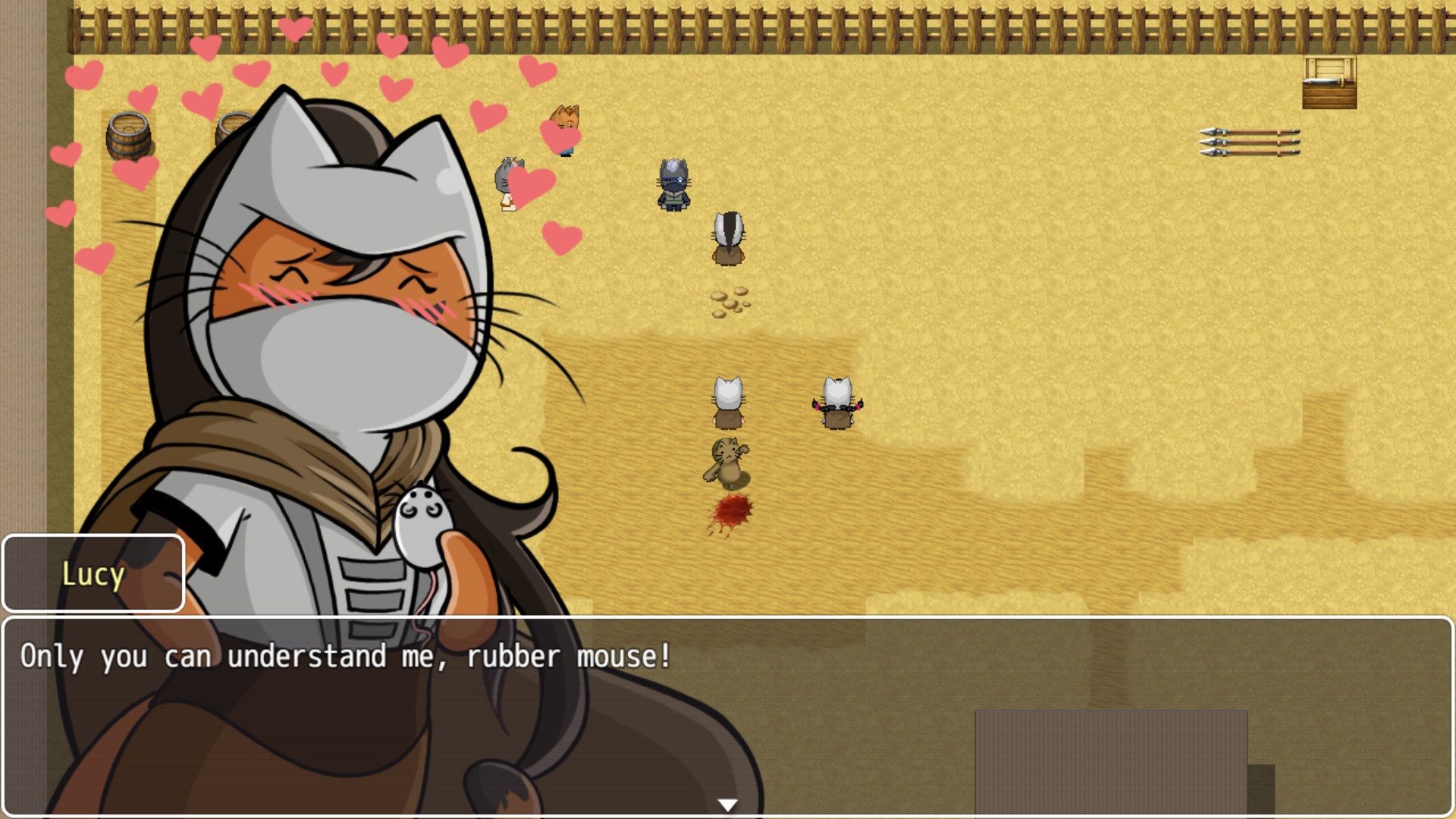 The Chronicles of Nyanya is a jRPG style title that combines all the familiar elements of the genre with the eternally endearing charm of cartoon cats. The game’s feline cast of characters, which is varied and full of humorous puns and plays on Pop Culture references, battle epic monsters while including commentary on social issues. Released on February 26th, 2018, from Hamstercube and Fat Dog Games, The Chronicles of Nyanya challenges the idea that Pixel Graphic titles are dated, that jRPG sagas must take themselves seriously, and that Internet-cat style characters cannot be astute, entertaining, and sophisticated personalities. But does it miss the mark on these goals, or land on its feet like the kitty creatures that comprise its roster?

The Chronicles of Nyanya walks a dangerous tightrope of puns and tropes while somehow managing to toe that problematic boundary and remain in the realm of ingenuity and humor rather than redundant or disappointing. Our main character is Catair, a “meowsassin” following the Red Dot belief system after her village is destroyed, and in real feline fashion, she is equal parts adorable and deadly. Sarcastic and endearing, Catair is just the beginning of an impressive line-up of kitty characters; in true RPG style format, Chronicles expands to add new party members to the team, including a healer, wizard, and more, with a villain – aptly named Purrevar – looming in the shadows. The townsfolk are also cat-people, as are the shop owners, quest givers, and random NPCs; the game is impressive in the variety of its kitty inhabitants. And the dialog is top-notch, weaving in commentary on complex, critical social discussions about racism, good versus evil, the bonds of friendship, and more. 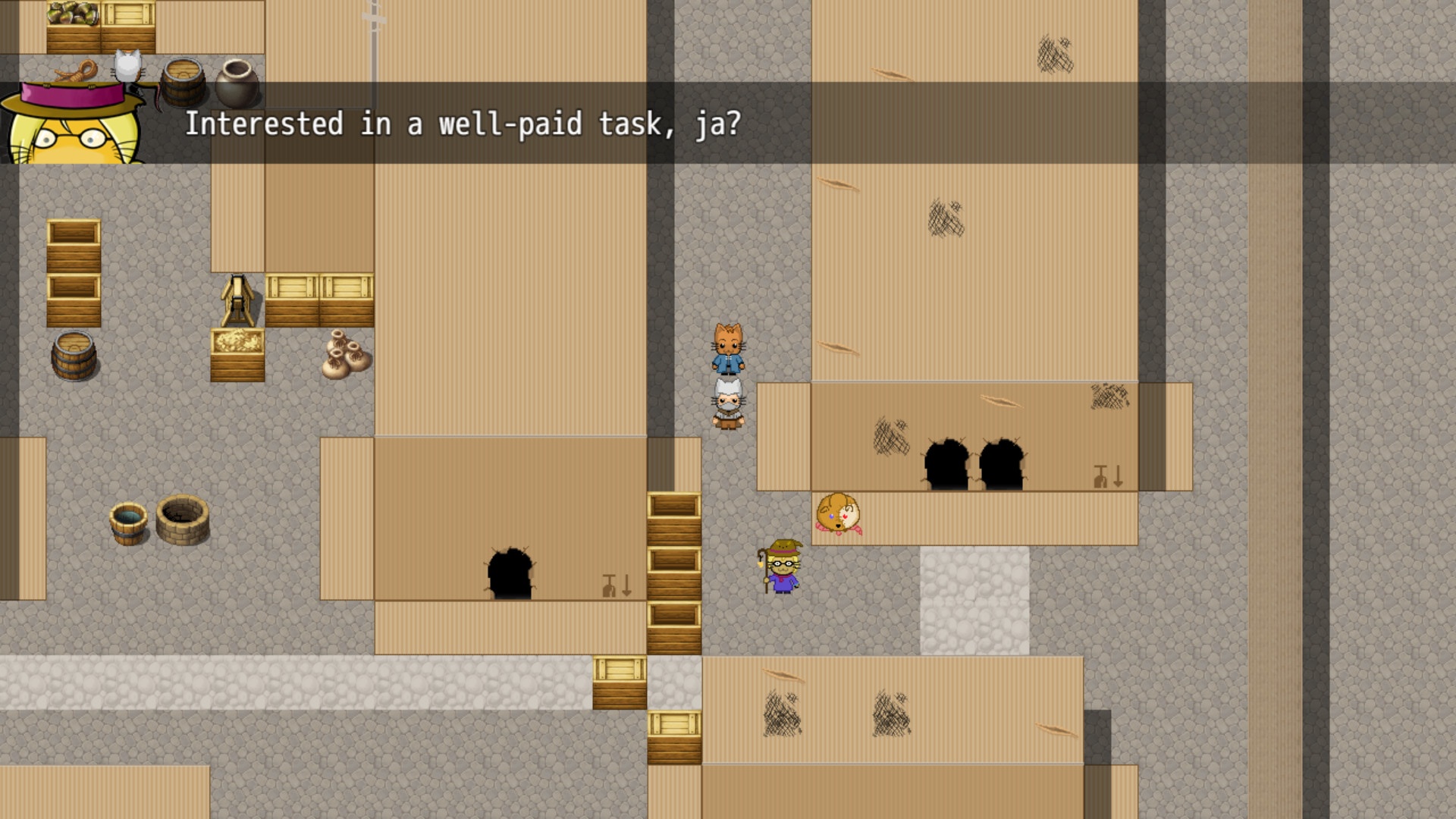 Chronicles boasts an effective 20-hour duration to defeat it, with turn-based combat, side quests, and plenty of humor to be found. The Retrolicious Pixel style graphics are well polished, with crisp lines and clean animation, all of which working to enhance the experience. All of the classic jRPG elements are there – the drama in the storyline, the complexity in classes, inventory management, equipment upgrades, quest dialog and so on, blending the cute and cuddly with adult themes and eccentric fluff text. For example, our primary villain, Purrevar, is considered evil “because he’s black,” according to the Chronicles Steam Page. “And black cats – according to the popular stereotype – bring bad luck.”

The soundtrack is original, composed by Marcin Maślanka, and it fits beautifully with the style of the title. The artwork and character design is apparently a labor of love by lona Myszkowska, a.k.a. Snailish, a Polish illustrator who has nailed cute and amusing all in one. The manual save system is a nice touch, and I found the default controls to be intuitive and easy to manage, even with their casually Retro feel; gamers who’ve logged time in jRPGs in the past should have no trouble adapting to the minor learning curve here. Plus, The Chronicles of Nyanya supports both controller and keyboard/mouse operation, a detail that’s too often overlooked in Indie titles. 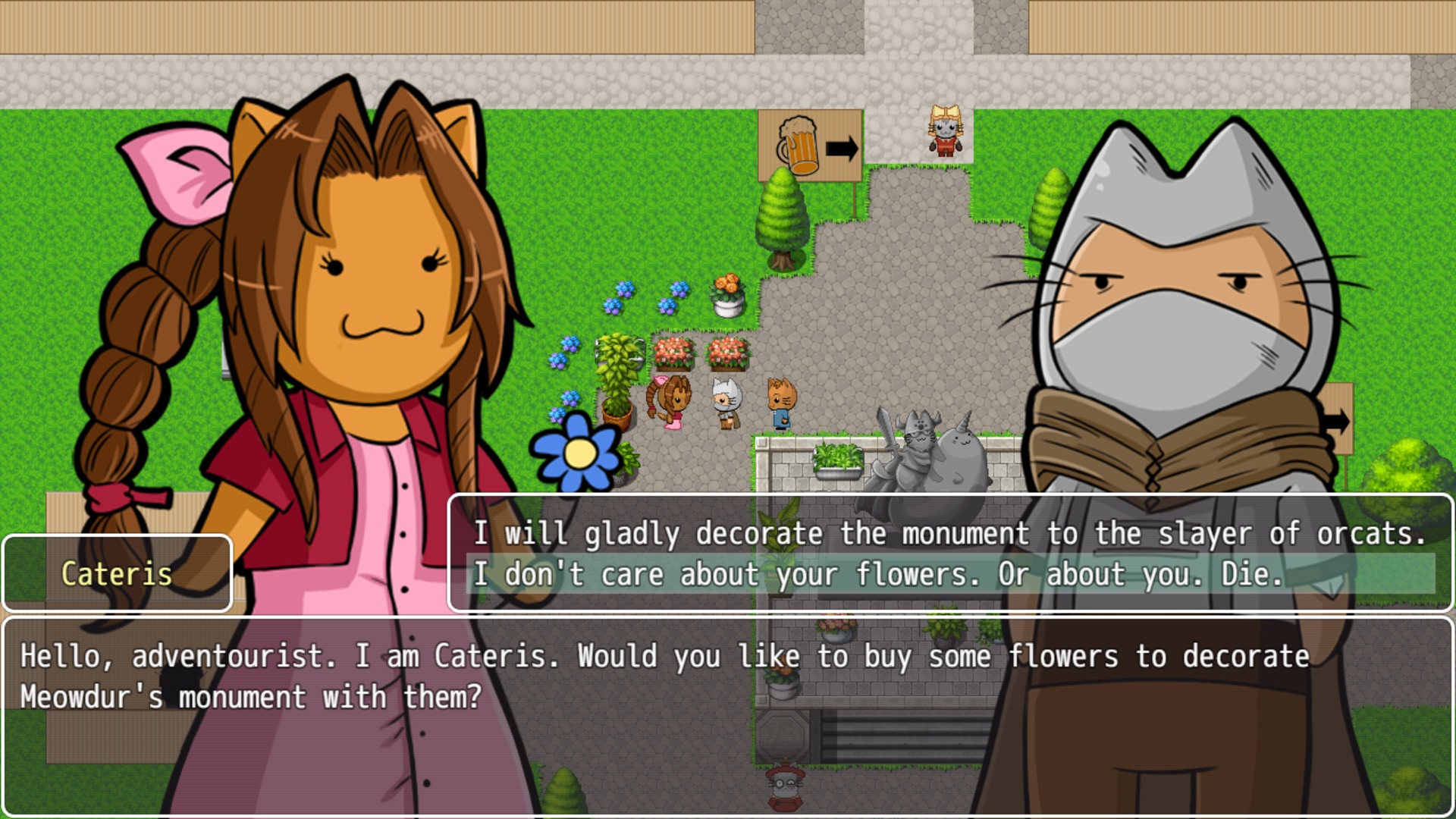 The Chronicles of Nyanya is exceedingly well-built, looking and feeling like an AAA title rather than an ingenious Indie release, and it excels at everything a funky jRPG could set out to do. This isn’t a genre that I play often, but I would recommend this title to anyone with even a passing interest in jRPG type gameplay – or just a funny video game with cute cats, hilarious dialog, and clean design. While it might not revolutionize the jRPG genre or spawn a lengthy franchise of tremendous legacy, Chronicles is a memorable gaming experience that has managed to blend-in crucial conversations about modern times.

Fans of cats, in general, might appreciate the attention to detail here, and the liberal application of puns and clichés, since they work in favor of the overall experience. But the interface and gameplay designs are both strong enough to go toe-to-toe with other titles in the genre, and the 20-hour estimated gameplay duration is nothing to sneeze at regarding value for your purchase price. In truth, I don’t have a single criticism of The Chronicles of Nyanya, and I was sold on its value and the quality of the experience within half an hour of loading up my first playthrough. I’ve recommended it to countless friends, and I feel confident saying in this review that I’d recommend it to anyone who loves cats, Pop Culture humor, and stellar jRPG experiences.