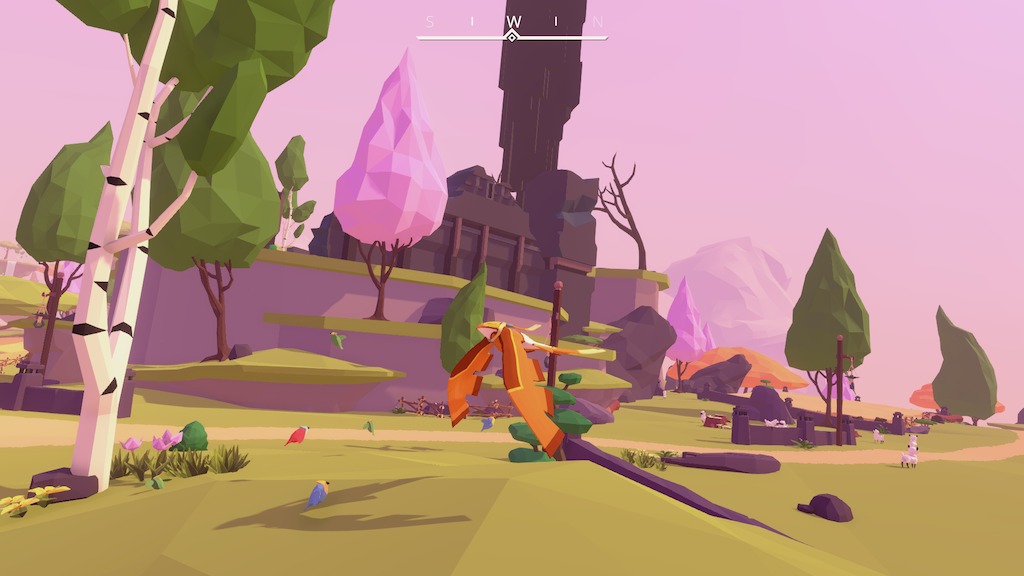 Videogames, no matter how expansive or profound, often struggle with establishing the sense of place, and scale. And while some manage to nail either of the two, the other is usually forgotten – and with exception of a handful of titles, such as The Last Guardian, or ICO, videogames either place all their chips on a convincing and relatively believable setting, or awe-inspiring constructions and monstrosities, which in comparison – dwarf the player. Even a title as critically acclaimed as The Witness, struggled with merging both of the above into a cohesive unit. However, another, ironically much smaller indie, quote-on-quote experience, has managed to not just feature a world with impressive sense of place, but also one which is incredible in its size.

AER: Memories of Old, is an open world, adventure, which is heavily focused on exploration of its rather impressive, sky-scraping world, filled to the brim with a captivating story, and a tremendous amount of additional lore. And the intriguing tale which entails the title, is accompanied by equally charming visual aesthetic, which does not only suit the tone of the game, but also elevates it to another level. As the low-polygon models of characters, animals, and the world itself, ultimately allow all the other pieces to click into place, and create the aforementioned realm of wonder, which is in-short, simply impressive.

The world of AER: Memories of Old, is composed of numerous floating islands, which are scattered throughout the windy landscape of the title. And while some may assume that such approach to world design could result in a virtual realm which is not just repetitive, but also mundane, it has to be said that one would be wrong in stating so, as the developer behind the title, Forgotten Key, has ensured that all in-game isles are distinct and varied enough, in order to offer the player as much diversity as your average anarcho-liberal parade. 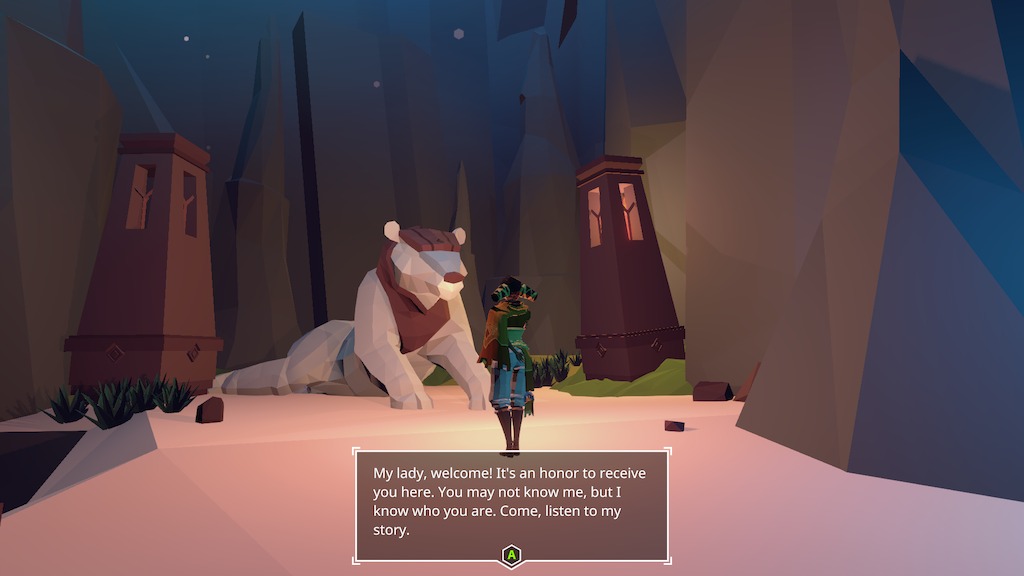 All in game isles can be easily identified by their landmarks, and those include: mystical light houses, ice bound mountain peaks, and remnants of Colossus of Rhodes’esque statue – amongst many. In addition to the aforementioned visual variety, each and every isle also offers the player a handful of puzzles and quests, which have to be completed in order to unlock the aforementioned locations in full. And while some isles, require the player to fly through portal-like doorways, others simply require one to enter a cave, or activate a button – or two. And the disparity in quality of the in-game ‘’puzzle’’ design, unfortunately, persists throughout the title.

Some in-game locations serve the player with vast and expansive cave-like structures filled to the brim with numerous puzzles and/or challenges, whereas others, simply require one to step on a plate, and watch a 5 second long cutscene. And such state of affairs can be disappointing, at least to some, as stumbling across an empty cave with four pressure plates, right after completing a set of rewarding puzzles, can be really deflating. And while it has a negative impact on one’s overall perception of the title, it also allows one to notice that the disparity in quality is not just present within the puzzle design, but within the entirety of the game.

On one hand, AER: Memories of Old, serves the player with a beautiful world, featuring a rich backstory, but on the other, it serves the lore of the in-game realm through an abundance of simple text messages – as AER doesn’t feature any voice acting. Furthermore, the closer one gets to the finale, the more barebones the title becomes, and this is especially apparent during the final cave, where one has to challenge the end-boss. But ‘challenge’ may be too strong of a word in this instance, as in reality, all the player has to do is simply walk through a cave for about 30 seconds or so, and watch a rather short, and underwhelming cutscene. 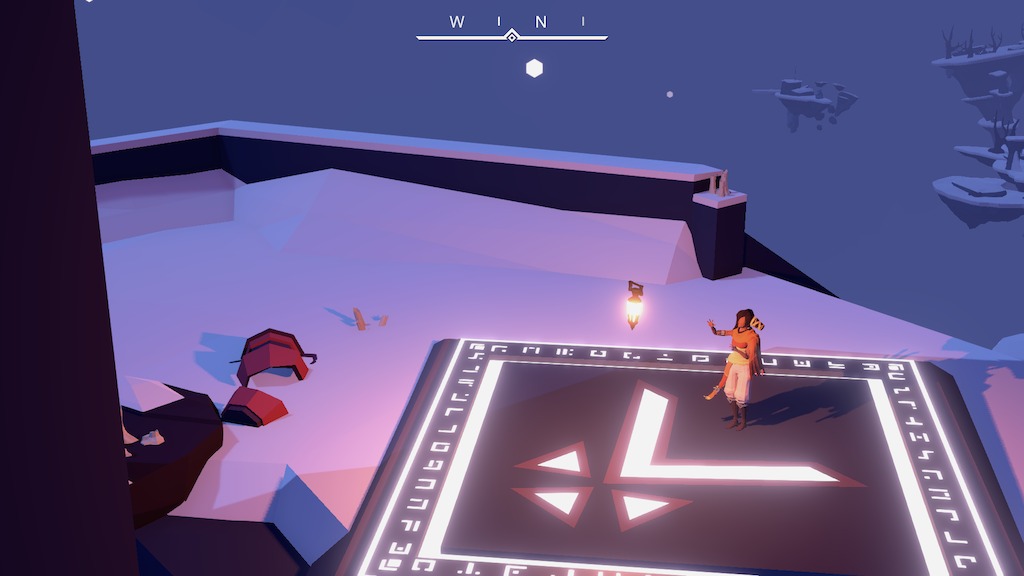 Forgotten Key, clearly has a clear idea of what they wanted AER: Memories of Old, to be. As the early stages showcase glimmers of brilliance, which allow one to assume that this particular title will be an experience and a half. But with every coming minute, and with every new floating isle, the feelings of joy and excitement dissipate, and bitter disappointment takes over. As the previously thrilling, and marathon-like experience, becomes a 100m sprint. Instead of becoming more complex and challenging, AER: Memories of Old, becomes simpler with every stage, to a point where it simply requires one to walk forward, in more or less – a straight line. And such turn in quality signifies that the developer behind the title has either ran out of money, and/or time, as rushed in-game sequences, are a sign of a rushed development.

Ultimately, AER: Memories of Old, resembles more a teaser than a full game – as certain segments feel more like open areas of a Kickstarter and/or Steam Greenlight alphas, rather than portions of a fully-fledged titles. And while certain parts of AER feature a significant amount meaningful content, it is simply not enough, as said parts will last no longer than 15 minutes, and the game itself can be easily completed within a single sitting – likely in less than two hours. But perhaps the short running time of the title, is what ultimately saves it, as it prevents the title from being over exposed, and serves it to the player on a silver platter, in the best way possible.