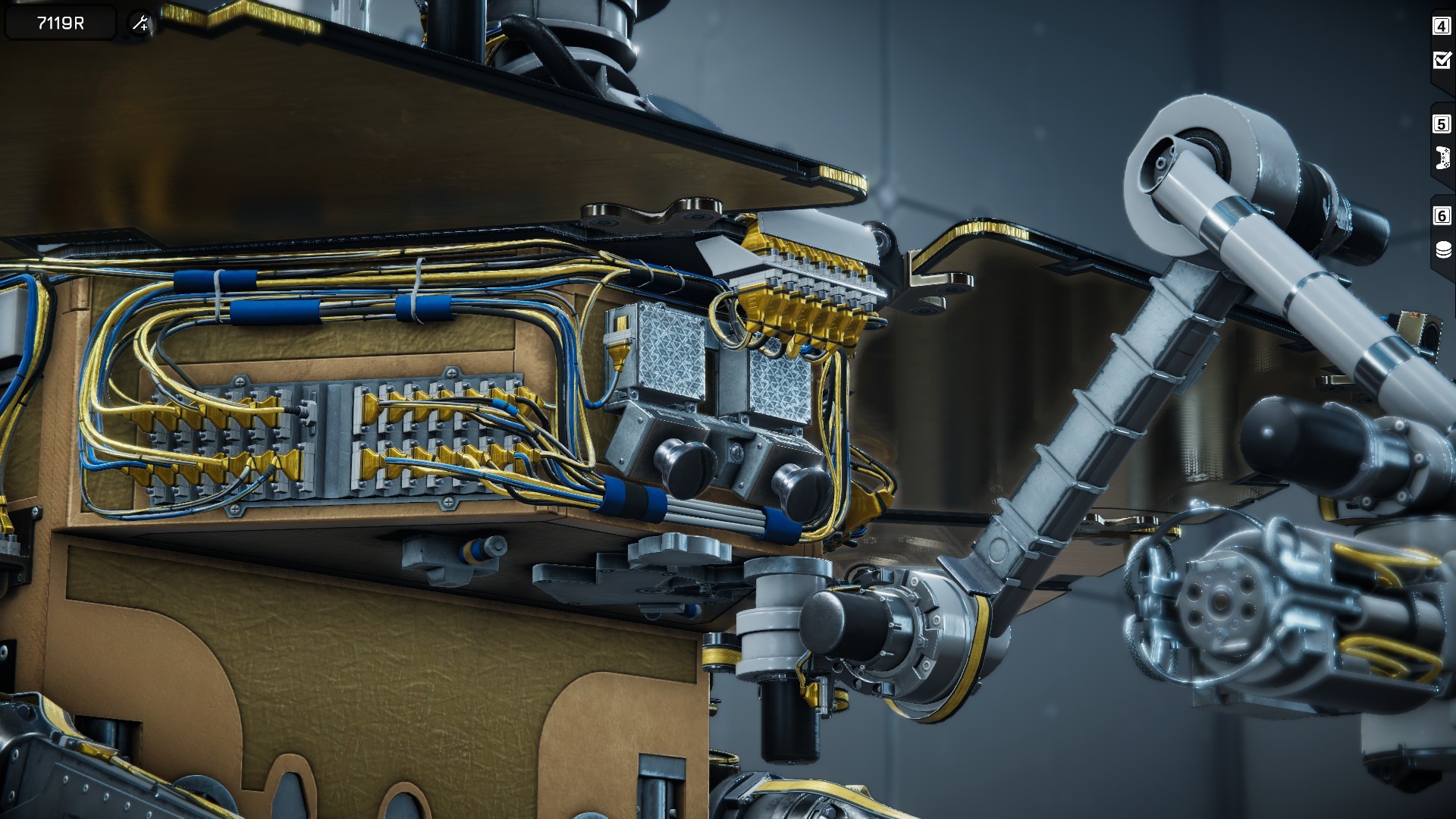 Rover Mechanic Simulator is brought to you by Pyramid Games, who have released the game on Steam’s Early Access back in February. If it isn’t obvious by its name, this is a game where you repair rovers, and that is pretty much it, there’s no exploration of any sorts or visiting different locations, everything is done right there on your workshop.

Although I’m a huge fan of space exploration, I have to admit that rovers were never something that triggered my curiosity. With that said, when I saw Rover Mechanic Simulator I knew I had to give it a shot. I’m a huge fan of tearing things down into the tiniest pieces possible and reassembling everything back up again, so this should be perfect since this setting hasn’t really been explored in video games that much, if at all.

Despite my growing excitement to finally play this, my first hour with Rover Mechanic Simulator wasn’t a pleasant one. One of the first things that I noticed immediately when I started playing the game was how bad the mouse movement felt. I’m not quite sure if it’s mouse smoothing, acceleration, or a combination of both, but moving your mouse around just feels so floaty, unresponsive and nauseating. Since the game doesn’t feature any options to turn this off, I had to make do with messing with my DPI settings and mouse sensitivity to mitigate the issue, and even then it took a while for me to get used to the unresponsiveness. Also, while other people have expressed the same concerns, the developers don’t seem to be able to reproduce the issue or have any way of fixing it, so if you happen to be amongst the few that suffer from motion sickness, you either find a way to power right through it or you’re out of luck. 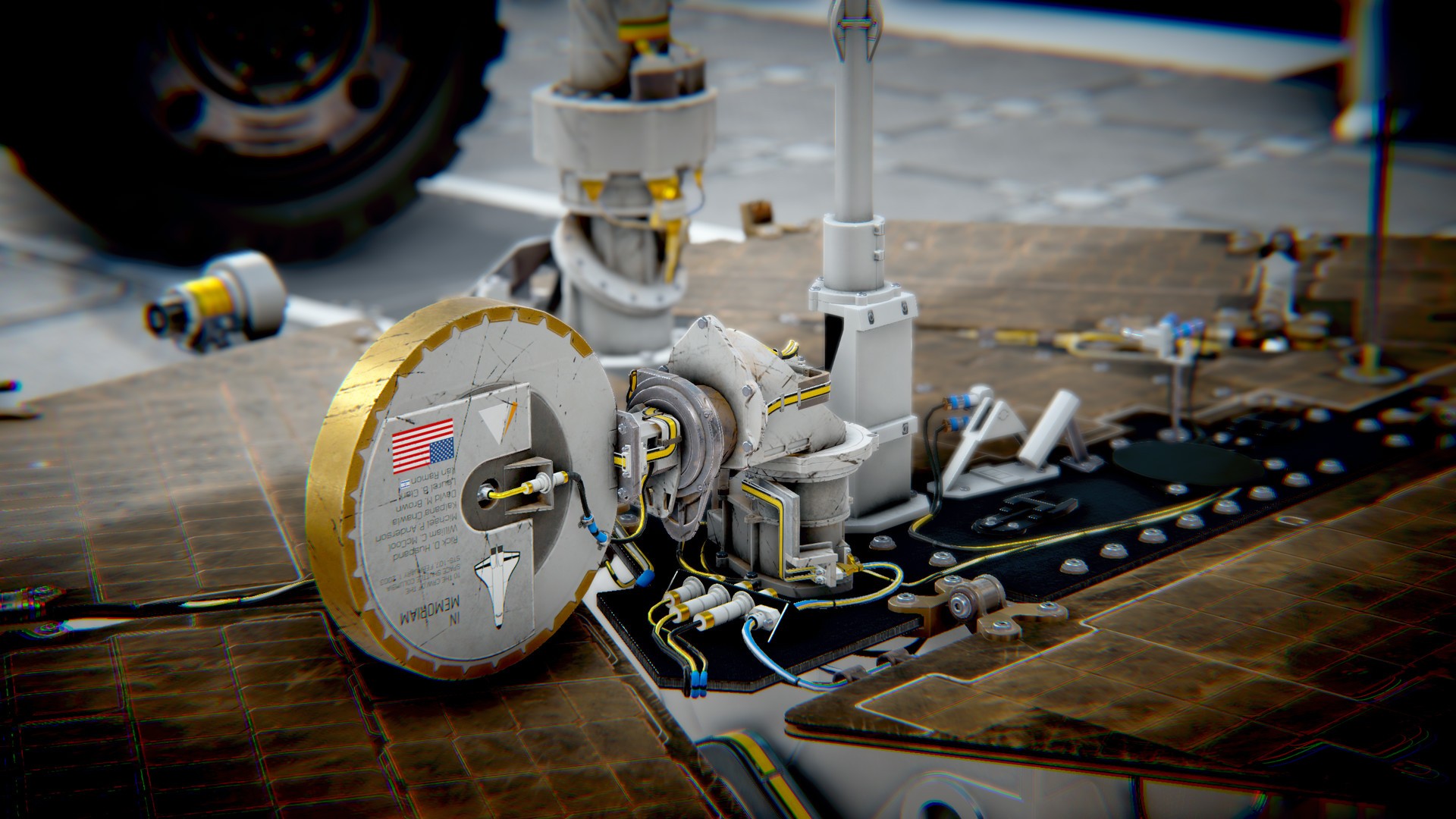 The entire game takes place on your workshop on Mars, where you’ll be cleaning and repairing the Sojourner, the Opportunity, and the Spirit across multiple jobs. Although you’re going to spend a lot of time with the same rovers, each job usually tasks you with either cleaning, replacing or repairing different parts of the rovers, so you’re not really going to be interacting with the same parts over and over. There are plenty of parts that you’ll be able to get your hands on, such as PCBs, wheels, and cameras, all of which can be broken down to their most singular components. Still, while I have no idea if the rovers and the way they’re portrayed and repaired is actually scientifically accurate, I can say that they’re incredibly detailed.

Rover Mechanic Simulator might sound complicated for the unacquainted, but it’s actually a pretty simple game and easy to pick up and play. When interacting with the rovers, there are three different modes through which you can interact with them, Assembly, Disassembly, and Analytics. While the first two are pretty self-explanatory, the third one, Analytics, might not be clear if you’re not playing the game, but what it essentially does is allow you to check the condition of each part, thanks to a colour-coded system. Likewise, the control scheme is also pretty straight forward, with left-click serving to select/highlight parts and right-click being used to interact with whatever you have selected, like unscrewing a wheel.

Now, when you accept a job, you’re given a preliminary analysis that provides some clues as to what might actually be wrong with the rover, so you don’t really have to go in and disassemble the whole thing to figure out what’s wrong with it. Some jobs can also be played on Premium mode, which gives you better rewards but puts you on a time limit. With that said, as you complete jobs you’ll gain skill points which you can spend on three different upgrade paths, Technician, Economist, and Analyst. Each of these improves different aspects, like reducing the time it takes to assemble parts or being able to detect any ruined parts by just looking at them. So yeah, a single skill will render the Analysis mode completely useless. Furthermore, once you repair a rover you always have to configure its drivers, which is done through a mini-game where you build a path in a circuit board so that it achieves a specific voltage. However, much like Analysis mode, this is completely bypassed once you acquire an upgrade that instantly automatically solves these puzzles for you. It just feels like certain mechanics were implemented, only to be rendered useless after a few hours once the player progresses just enough through the skill upgrade tree. 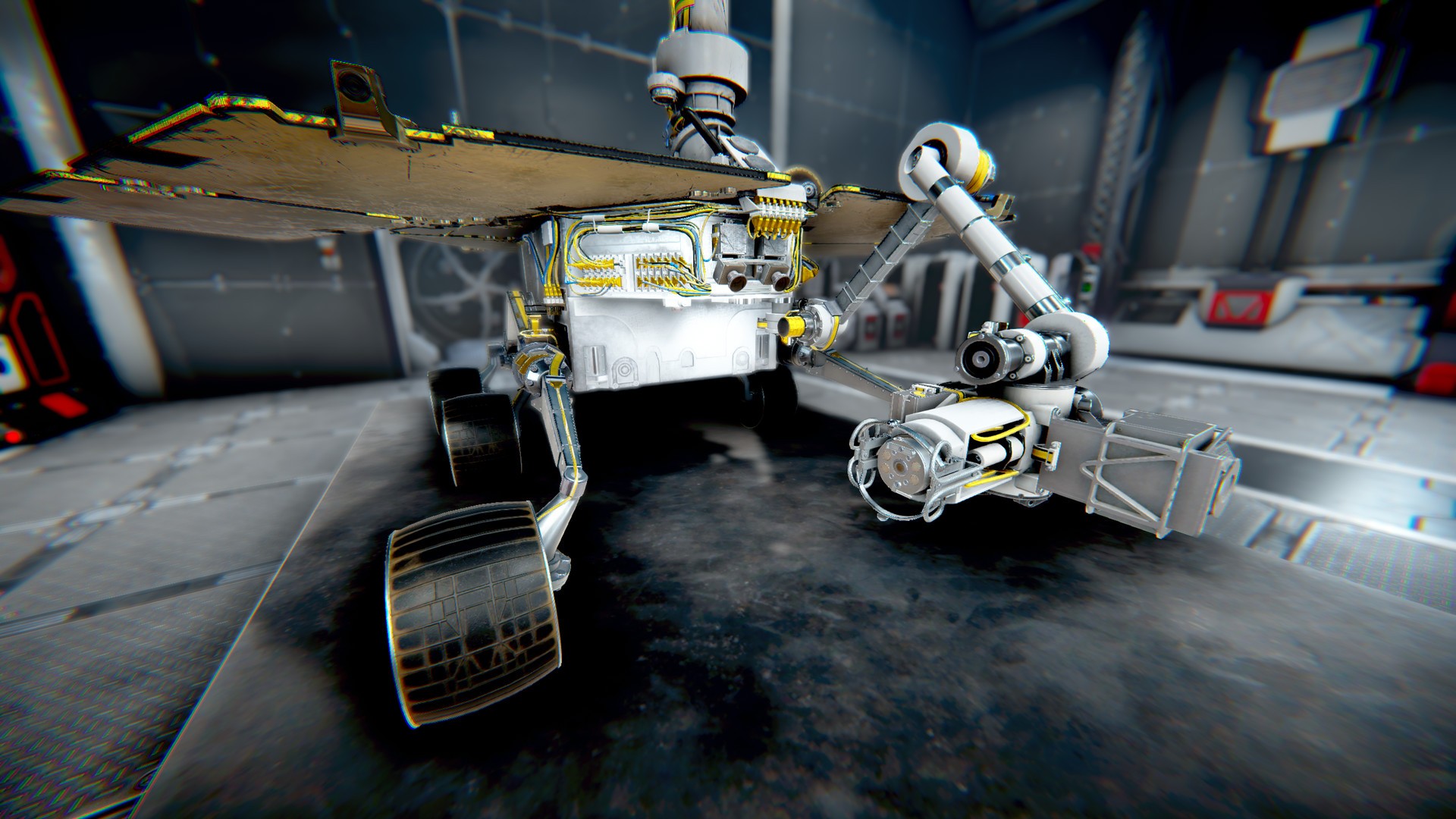 Even though I’ve enjoyed my time with this game, there are quite a few things that just don’t feel right with this it. For instance, although I’ve been using the term “repair” to describe the players’ job, you don’t really repair parts, you just throw them into the recycler for a few extra resources and you print new ones using a 3D printer. Printing items takes some time if you don’t have the right upgrades, but that isn’t really the issue I have with it as you can use that time to continue working on the rovers. My issue is that printing parts require resources, and resources are rewarded by completing jobs. However, the amount of resources that you receive is way more than you need to complete any job, and there isn’t any other use for them so I really wonder what is the point of having thousands of spare resources with no use for them. Then there’s also a huge discrepancy between jobs. While some job offers can give you up to 30 minutes to complete them in Premium mode, and even though in one job you might actually need a lot of that time if you don’t have some useful skill upgrades, in other jobs you’re simply done in just a few minutes.

Much like games such as House Flipper and Train Station Renovation which I’ve checked out recently, Rover Mechanic Simulator is a highly repetitive game that will not be fit for a lot of people. Still, I find this kind of games to be perfect to play while you’re listening to music, a podcast, or an audio book in the background. Rover Mechanic Simulator is currently in Early Access, so that should also be taken into account. Currently, it feels like the core gameplay of the game is in place, but whether it’s engaging or not will surely depend on who you ask, but the game really needs more things to do and rovers to tinker with.

Although I’ve enjoyed my time with Rover Mechanic Simulator thus far, I still have a hard time figuring out how I actually feel about the game. It’s not that I don’t like the game, quite on the contrary, but it’s the little things that annoy me the most. Removing screws just takes up too much time, it’s like this is just a screw removal simulator, even after acquiring the skill to speed up this process by 90%, everything still feels pretty slow. Honestly, if it wasn’t for the fact that I only played this while I had something playing in the background, I’d probably have stopped playing long ago. However, after finishing all the job orders that are currently available, I have about 8 hours of gameplay time, so I’m sure some people will find Rover Mechanic Simulator worthwhile for what it is, just like myself.