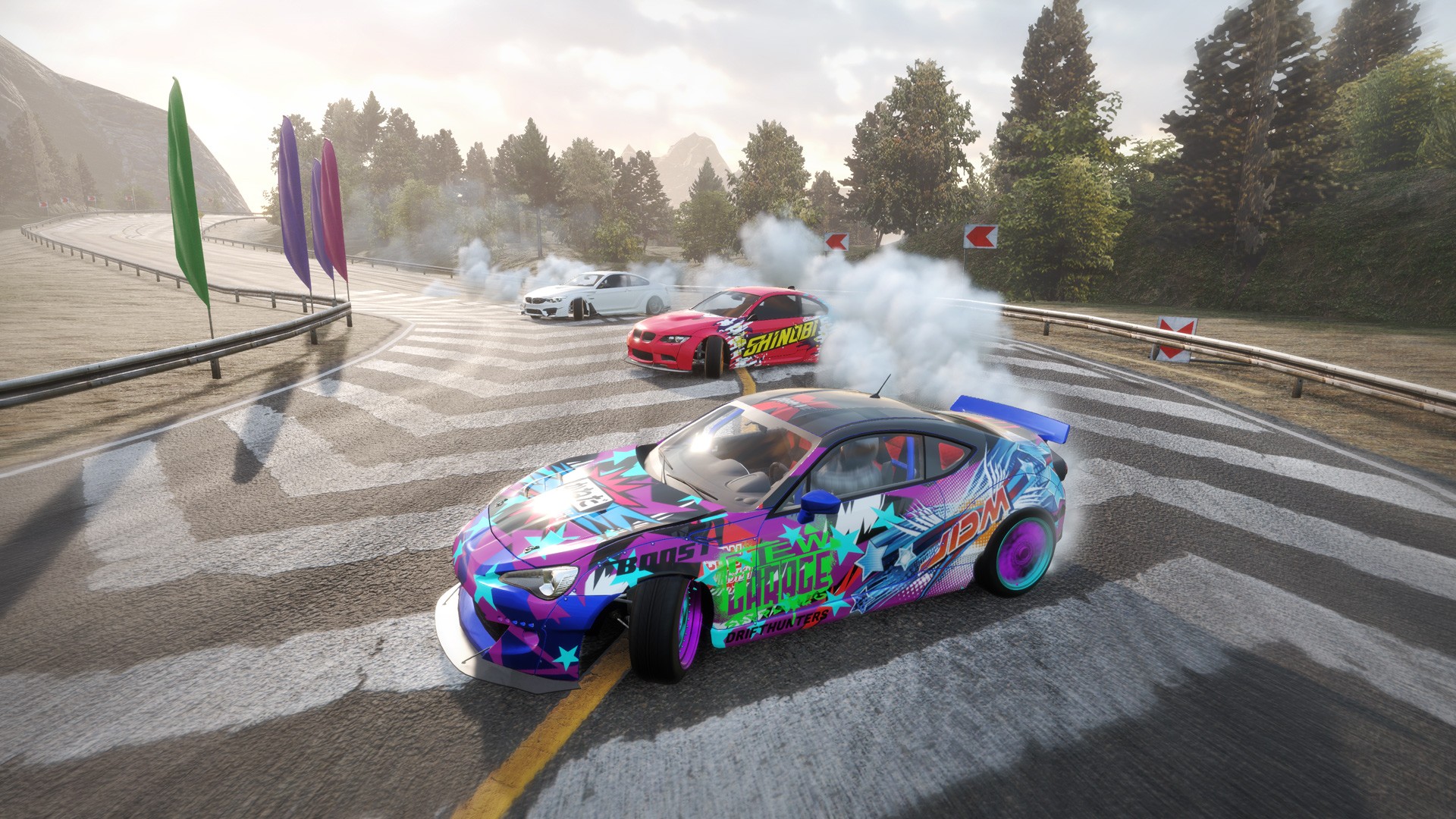 The first issue with CarX  is how to pronounce it. I’m not sure if it is ‘Car X’ or ‘Carks’. I know I think they want it to be a cool name CAR X, and I think they are trying their best to be cool, but what I called it totally depended on how I was getting on with the game at any particular time. I’ve never been so divided by a game that does so much to make you want to like it one minute and despair at it the next.

The story is a multi-layered patchwork of intrigue and political espionage, where you play a government employee, that worked at the city’s road planning and development department. Upon discovering some budgeting inconsistencies with regards to the level of tarmac replacement funding, you find out that the corrupt heads of the state are literally pouring thousands into tarmac in order to allow them to take part in the popular sport of electroniKAR car drifting. With the impending alien invasion looming, you have to make sure you can prove your mettle against the cyper drifter gangs that roam the empty cities, earning drift points that will allow you gain access to further levels of corruption, take on dinosaurs, and finally hold aloft the Shadowdrifter Sword.

It’s about drifting. Sorry. It’s about drifting, which in retrospect is nothing to be sorry for. I remember playing Ridge Racer on the N64 until my hands went numb as I perfected drifting in and out of the corners at some awful ridiculous speed, locked in some kind of ultimate play zone, concentrating solely on the screen in front of me. I’ve battled back and forward with CarX from almost quitting in absolute disgust at how the game plays to getting so into the zone, I got to the point of retrying an entire track when I happened to not take a particular corner as well as I could have. CarX is one of these games where until you ‘get it’ you’re going to potentially sit there confused as to how the devil you’re meant to score 100 drift points, let alone 20000 in later levels. 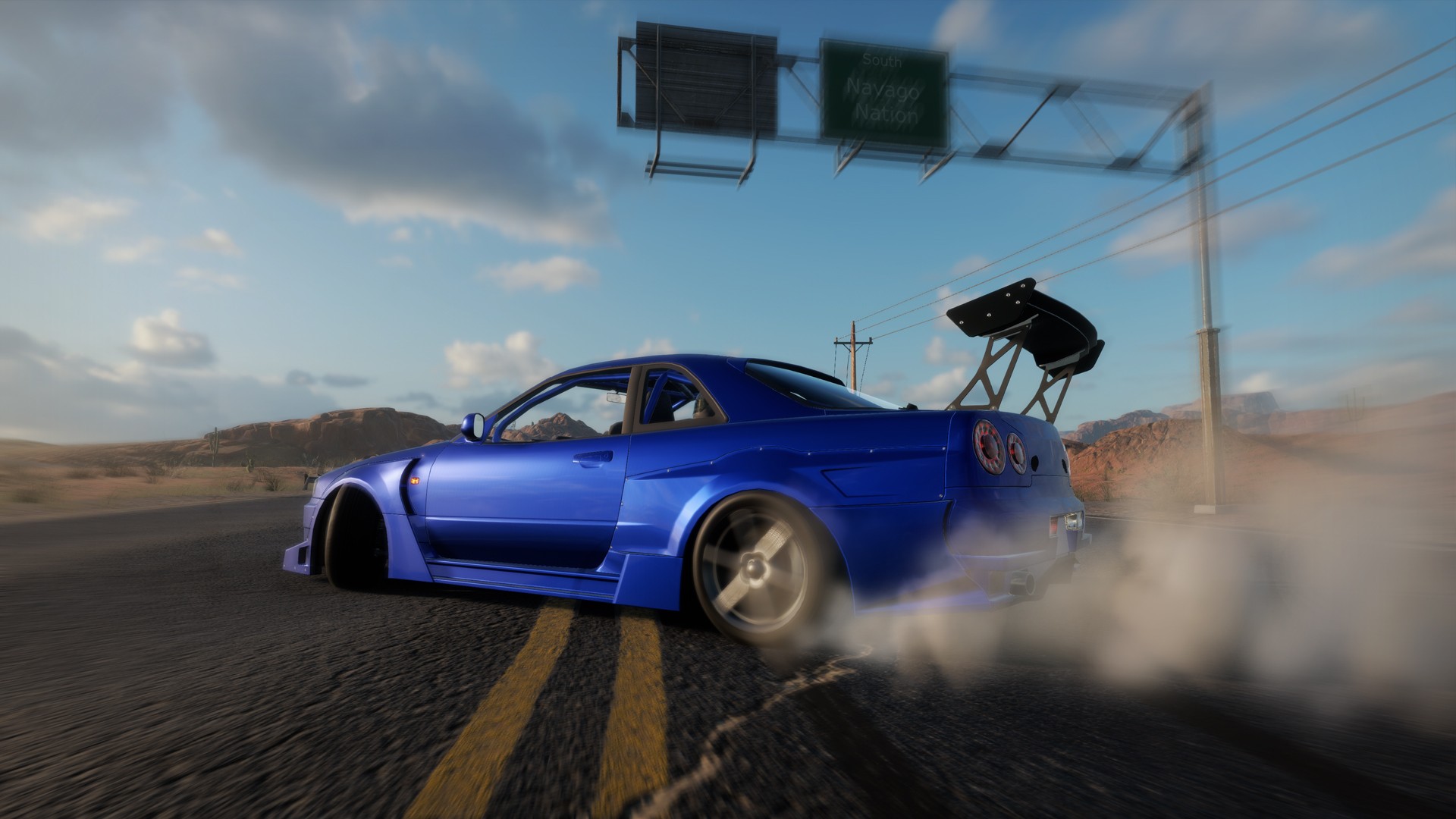 There’s a mish mash of ideas here, with tacked on deep detail. However other parts will have you shaking your head at it, and thinking the game will be lucky if it scores above 40% on Metacritic. The main drift races cover a range of tracks in various shapes, forms and conditions. Sometimes you’ll get the chance to race a track in reverse, other times you’ll be dealing with different ground conditions through some very serviceable graphics. They have hilarious crowds at the side of the road that look like mannequins, and you wonder why they bothered putting them there in the first place. If you get bored of a track half way through a drifting race, you’ll often find that you can completely leave the track through a gap in the sandbox area you’re in and go exploring, without the game trying or maybe caring to return you to where you should be.

There’s a pile of things to be frustrated about. It’s like having the perfect desert to finish off a meal, only to discover that the Eton Mess you’ve ordered arrives with a sparkler in it and a snake wrapped round the bowl with a spoon tied to it. Oh and the Eton Mess has a marmite sauce.

The game economy doesn’t really work. You race to unlock points to increase your level that will unlock more tracks and equipment and car accessories. But when you unlock a track you still need to buy it in order to play it. Which often means you’re replaying tracks you’ve completed for the sake of getting more money and not in order to improve your performance. It’s an unnecessary addition to force you to play, and it almost reeks of a mobile phone progress unlock type system. I really don’t like it.

As well as the drifting stages, you also have straight racing stages, where you have to get the best time possible. The cars in CarX aren’t built to race, they’re built to drift. Look, the brakes don’t work, like seriously don’t slow you down. You’ll spend so much time digging yourself out of the side of the track. When you turn the wheel above a certain speed, then they go in the opposite direction, because the animation has been designed to make it look like you are drifting. So you end up not taking the racing line but the drifting line as it is the only way to succeed. When you retry a track, then a ghost copy of your previous best attempt will race with you. Except, it’s not a ghost. You can’t see through it, and even worse is that it still produces all the cool tire smoke you get when you are drifting around a corner. SO YOU CAN’T SEE THE TRACK. It really just doesn’t make sense, and it’s just a bit lazy. CarX has too much added to it and I dunno if it’s a straight fear of not having enough confidence in the core game that is on offer here. 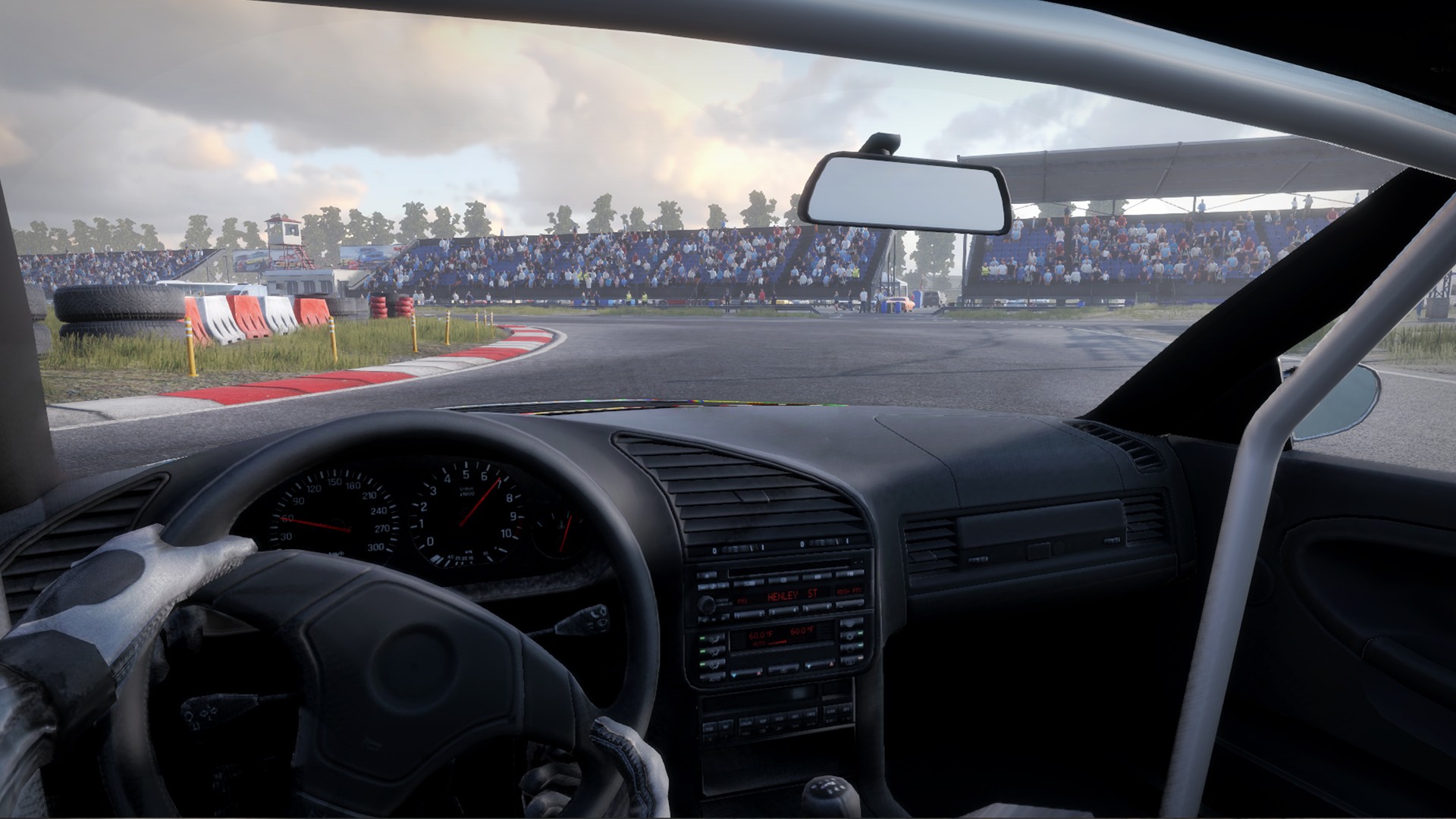 Online is fine. I didn’t have have a huge experience of how it plays, but the servers seemed to be busy, and the people who were playing were in there to meet up and chat with their friends. There never seemed to be a huge amount of racing going on, there was, however, huge number of awesome looking customised rides. Imagine Asda carpark in the late nineties and you’ll kind of get the drift. It’s kind of like a central hub where you can go and race if you want and it was friendly enough, no one was trying to be smart or clever.

What’s pretty cool is the whole range of customisation options that are available for the cars. It’s clear they don’t have the licences for the cars, and the range of inventive names for the models can be quite funny, but they’ve certainly pushed the boat out when it’s come to what you can do to get your car looking how you want. There’s a huge amount of editing that can be done to your car’s appearance. Moreover, if you want to get serious about customising the drift settings for you car, there’s an entire section devoted to tweaking brakes and setup that those in the know are going too actually really like. It’s certainly for the enthusiasts.

CarX is a strange one. For all the bad design decisions and implementations that it has as a game, for all the things that make you sigh and rage and despair and switch it off. For all those parts that make wonder if it’s not just some shady mobile phone license dodging port, you’ll come to the point where you spend an hour running the same lap again and again, shaving the corners and hitting those drifts perfectly. You’ll come to love balancing the brakes and gas as you slip round the track like some kind of snake. You’ll begin to see the vision that CarX was aiming for and you’ll wind down your window, put the loud tunes on and just enjoy it for what it is..

CarX is one of these games where until you ‘get it’ you’re going to potentially sit there confused as to how the devil you’re meant to score 100 drift points, let alone 20000 in later levels.