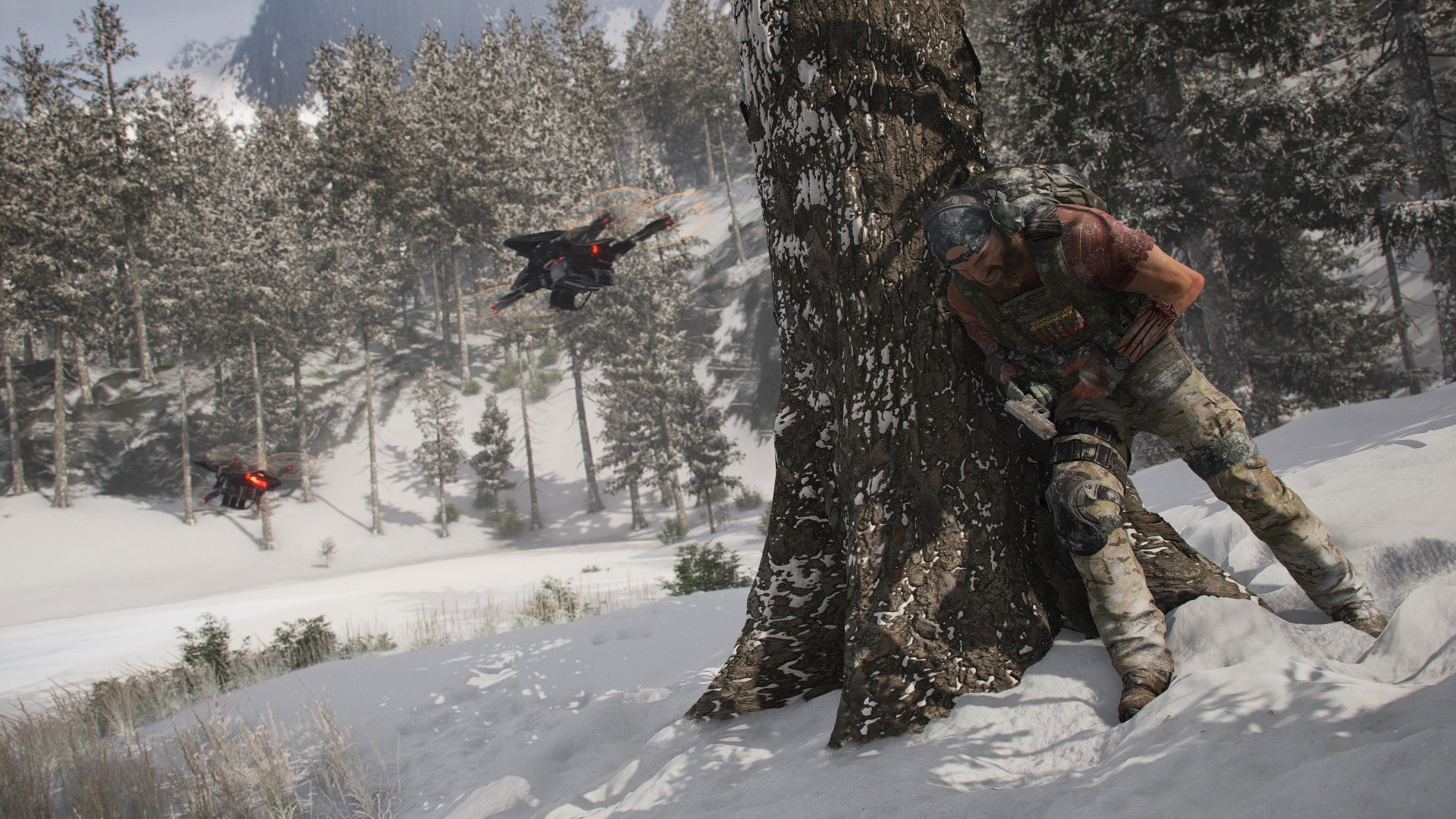 Ghost Recon used to be a franchise which stood out of Ubisoft’s portfolio. It’s thematic premise, albeit rather common these days, felt refreshing, as futuristic shooters back when Ghost Recon first released, were a rarity. However, now that your Call of Dutys have turned to science fiction, Ghost Recon looks to establish itself as a contemporary franchise, as Breakpoint, just like its predecessor Wildlands, shies away from technology and embraces tactics and teamplay.

Ghost Recon: Breakpoint has you put on the boots of a U.S. Special Forces operator, who alongside his team, has been sent to the island of Auroa, to investigate a number of eerie and unexplained events. Which as you have probably already guessed  – doesn’t go well.

On your way to the finale you will come across a number of colourful and diverse characters, which all do their best to propel the story forward. However, a number of them, are nothing short of annoying and considering that there are entire story arches revolving around characters, which you will just want to shoot in the head, it is fair to say that Breakpoint is not exactly the next Pulitzer Prize winner.

Breakpoint constantly insists on giving screen time to characters which are infuriating, poorly written and, in general, uninteresting. However, what is an even more offensive, is the fact that it gives mere seconds to characters which hold any amount of intrigue. For example, when you’ll first come across Flycatcher, who happens to be one of the bosses, he appears on the screen for a handful of seconds and doesn’t reappear until you decide to engage him later in a long and winded side mission, which leads to what Ubisoft calls a ‘boss fight’. Even then, there is no introduction, no monologue, you just find him, kill him, and that’s it.

Since we are on the subject of Flycatcher, I believe that it is important to underline that the mission which involves the aforementioned boss fight, underlines everything that is wrong with Breakpoint. We have a character who is presented as an intelligent and menacing figure, only to find out that he can be domed with a single bullet and that he is not the engineer which he is portrayed to be, but instead, he has a ‘KWEEN’, straight from Wakanda, doing all the engineering work for him. So, within a space of 20 minutes, Flycatcher goes from incredibly menacing to lethargically weak and this narrative flowchart of events persists throughout the entire game. 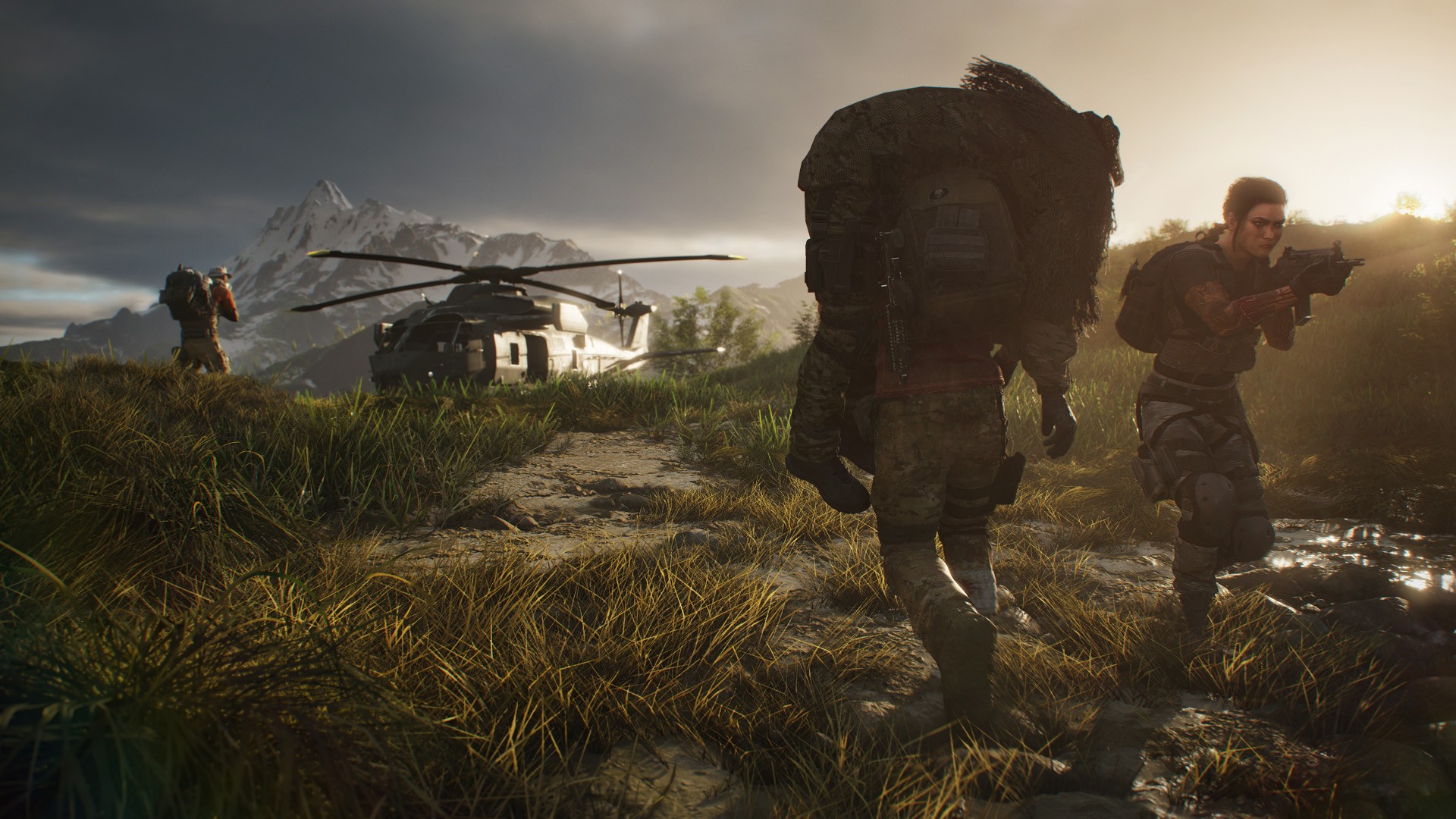 At one point, during one of the three main storylines, the protagonist finds out that the truck which he was ordered to steal was full of explosives, and that it was used to kill 30 people. I could say that the moment where the main protagonist is OK with a meaningless death of 30 civilians is the worst of this entire chain of events, but what tops even that, is the fact that the truck, of which contents he was oblivious of, the same truck which was full of explosives, was clearly marked with big, yellow lettering saying ‘’EXPLOSIVES’’. But yet, his biggest, and only problem with this entire situation was that he was never informed what was inside the truck – so go figure that one out.

Ghost Recon Breakpoint’s narrative is by far its weakest side. It’s overly simple, it’s riddled with clichés, and at times it is so inconsequential, that I am inclined to believe that if it was completely removed, Breakpoint would have gained more than it could ever lose. Seemingly, the only thing which stops one from zeroing in on Breakpoint’s laughable narrative, is the fact that it is riddled with bugs, glitches, and other imperfections.

From missing character and weapon models, through disappearing NPCs and softlocks, all the way down to enemy AI disintegrating in front of your eyes – Breakpoint has it all. While it may not feature any game breaking, save corrupting bugs that are all too common these days, then the bugs and glitches which it does feature, are a constant. Your weapons will constantly be disappearing from your hands – forcing you to use third person perspective. Your co-op partner’s character model will be more often displayed outside of the vehicle, than within and lastly, vital NPCs refusing to spawn, ultimately preventing you from progressing the story, is so common, that it could be considered to be a future.

I’d like to continue to complain about all the negatives of Breakpoint, as I could spend a good four hundred words talking about how bad the ‘rebel hideout’ is, and that it makes as much sense as Dutch’s gang moving just across the river to avoid the Pinkerton’s in Red Dead Redemption 2, but it is finally the time to talk about all that’s good about Breakpoint. And while there is not a lot of it, then it is still significant enough, to stop this particular release from sinking completely.

One of Breakpoint’s better features, is the inclusion of blueprints, which allows you to build, customize, and alter all in-game firearms on the fly and to say that there is a lot of them, would be an understatement. From soviet AKs, through to Austrian 553s, all the way down to the Israeli Tavor and Czech Scorpion Evo – Breakpoint has it all. Considering that Breakpoint also features a plethora of RPG elements, such as skill trees and abilities, which only further add to the complexity, it is fair to say that Breakpoint can, and probably will keep you occupied for a good few weeks, if not months. 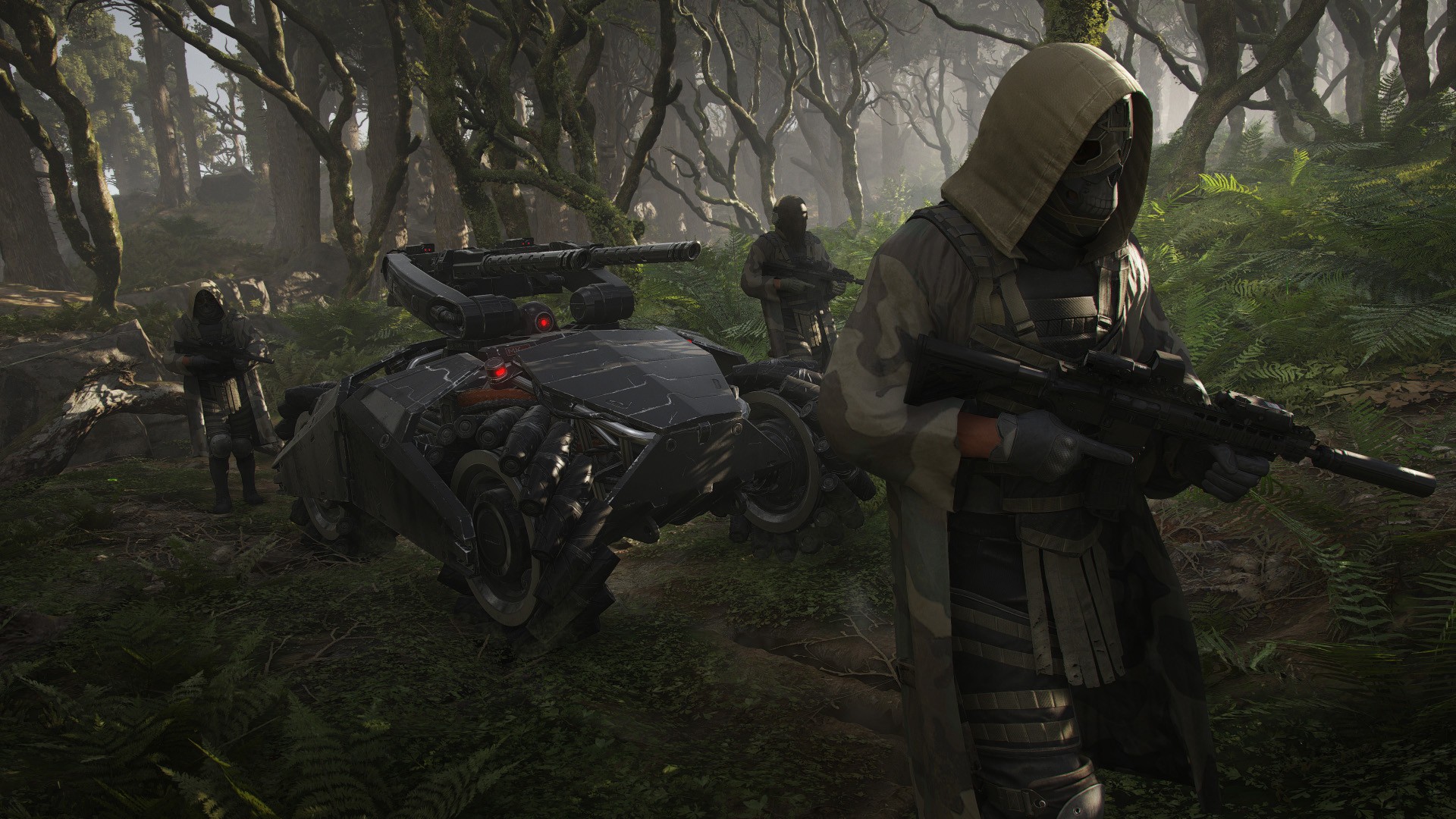 Finding the right weapon within Breakpoint can be hard enough. But what makes this even more difficult, is the fact that Breakpoint features a Gear Score system just like Destiny 2, and Ubisoft’s other looter shooter, Division 2. However, where Breakpoint differs to those two games, is in the department of gameplay, because where Destiny 2 and Division 2 are sluggish point-to-point corridor shooters filled with bullet sponges, Breakpoint is a much more open and dynamic experience, filled to the brim with enemies which can be dropped with a single headshot.

The core gameplay loop of Ghost Recon Breakpoint is incredibly intense and satisfying. What makes it even better, is the fact that the said loop takes place within a vibrant, if somewhat decaying world, which has everything from snowy mountain tops, green plains, and boggy marshes, to Silicon Valley’esque campuses, technical facilities, and even entire towns and cities. Best of all, all those locales are not just scenery. They all feature their own unique objectives, collectibles, and most importantly, weapon blueprints. The sheer variety of Breakpoint is what ultimately drives the experience forward, because if you choose to do so, you can jump into a game with a couple of friends, ignore the narrative completely, and just rain havoc on the Wolves (the main antagonist faction), as you steamroll through Auroa.

The selection of items, guns, and equipment of Breakpoint is massive. The map, and the number of missions and activities, is simply colossal. All those combine into a title with seemingly endless possibilities and after playing Breakpoint for close to twenty hours, I feel like I’m not even at a halfway point. Despite of all the talk that Ubisoft is known for, Breakpoint is hands down the biggest game the French publisher has ever released.  Sure the map of The Crew 2 was bigger, but it was borderline empty, whereas as the one of Breakpoint may be slightly smaller in size, but it compensates for it with content.

Not to prolong anymore, it is important to underline that besides all of the above, gunplay is also one of the main pillars of the Breakpoint experience. If not for this, it would have been a completely different story. In short, the shooting in Breakpoint simply feels meaty and satisfying. Every pull of the trigger, every slide of the bolt, and every stroke of the firing pin, feels eerily real and in all honesty, if not for Breakpoint’s incredible gunplay, it would probably be just another throwaway open world game; just like the most recent Just Cause. The sheer satisfaction which comes from just the basic combat, is what ultimately keeps one playing and prevents the boredom from creeping in.

Tom Clancy’s: Ghost Recon Breakpoint is by no means a great game. Hell, I wouldn’t even go as far as to say that it is indisputably good, but at the end of the day, when it comes to videogames, gameplay is what matters the most and even with all of the bugs and glitches taken into consideration, Breakpoint is still second to none. In many ways, Breakpoint is incredibly similar to the recently released Remnant: From The Ashes as it is a title with great gameplay, but with a narrative which, for the best part, should be ignored.

Breakpoint may not be to Wildlands, what Assassin’s Creed 2 was to the original. But it is still good enough to hold its own, and keep you occupied well into the Christmas season.