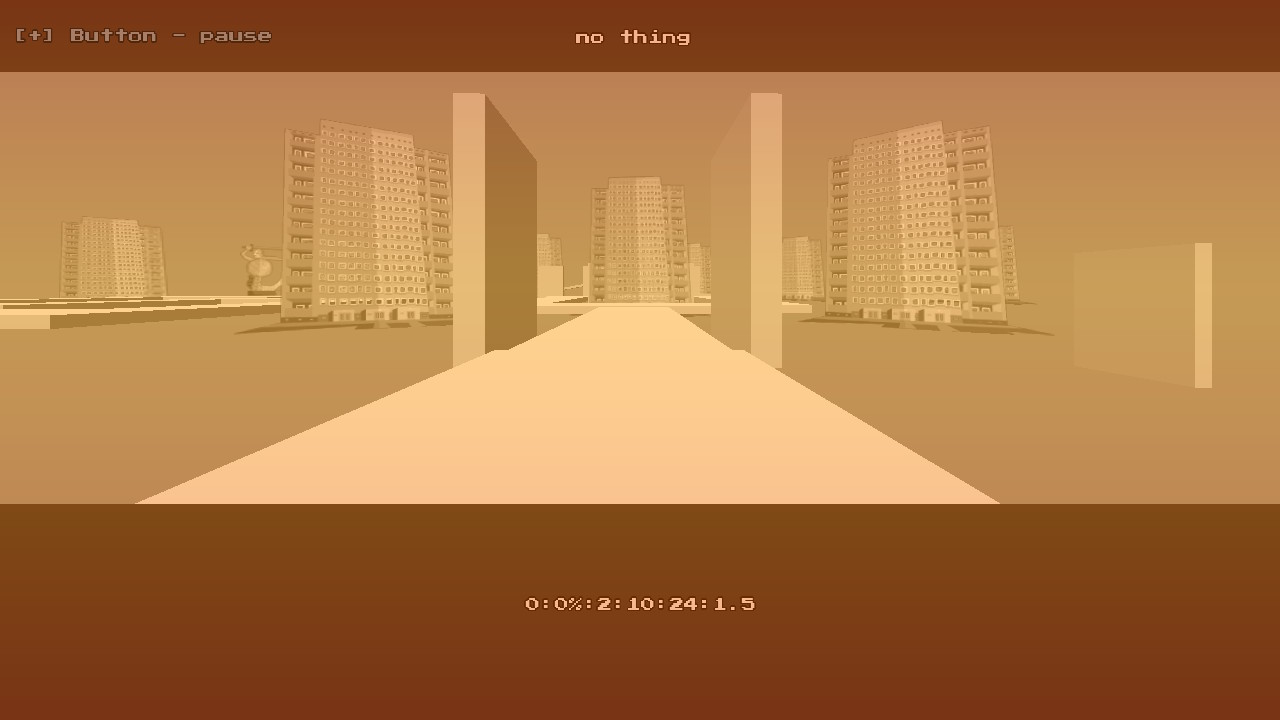 The price of a game can indicate the quality of the game itself. AAA games, such as Assassin’s Creed for example, are usually priced on release as RRP £49.99 – special editions or packs with DLC included are usually a lot more. Games that have been HD remastered seem to be priced around £29.99 and indie games are usually cheaper. So, when you see a game priced at less than £2 – will the quality be even worth the price point?

This is the price of No Thing recently released for the Nintendo Switch, I’m not entirely sure which genre the game would come under – possibly action – developed by Forever Entertainment and I have no clue even after playing the game what it is about! There is no story except to say the game is set in 1994 in an alternate future and nothing except a robotic voice commanding you along the way.

The game starts in a retro world, like something from the Commodore 64 era, in first person. The robotic style voice states you must deliver a message to the queen of ice (not Anne Robinson before you say it). On rails, you must navigate the environment by either pressing LZ / RZ to turn 90 degrees left or right on paths that are shaped in a maze. It seems to speed up the more turns you complete – giving you less time to execute right or left. Sounds simple – because it is. It really is! 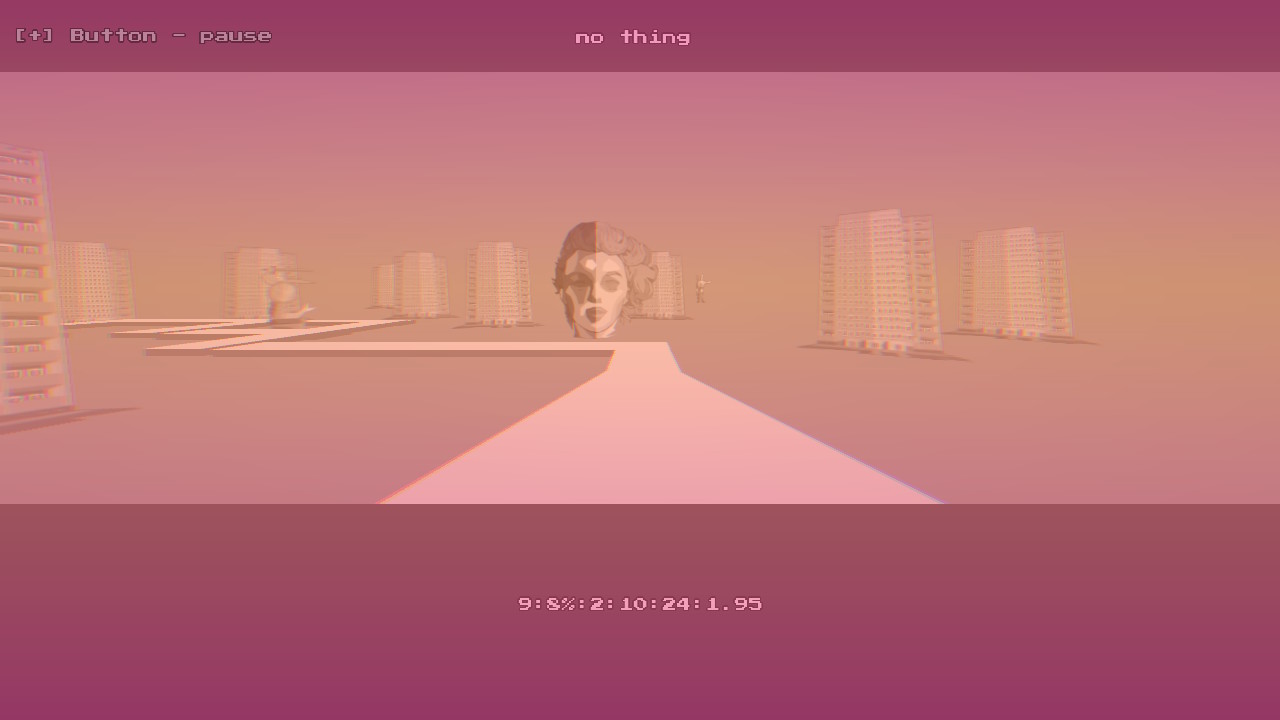 Missing the path or a wrong turn will result in death – the screen sort of has a shattered look and you must start again – from the beginning. First time I played No Thing, on the very first “level” I died within seconds. So be prepared to see this death screen a lot!

There are random cubes on some parts of the game – not sure what they do but going through them boosts your score slightly. You can see stats of each playthrough on the continue screen and there are even 10 “trophies” to collect. I did not collect any on my playthrough. I literally did not care.

The colours of the game change slightly as you play – from murky greens and oranges, reds to cold blues, this is all I could think of to comment on the visuals as there is nothing else I can see in terms of graphics, effects or anything other than mundane roads of nothing and a stupid robot face on every other corner.

Speaking of which, the robotic face starts speaking random stuff as you make your way around like: “I am you and in you now” – sounds painful! “Look at your face. Look at your hands. I know what you did. So does the queen” – I have no clue as to whether this is the story or if it is just random babbling. Either way, you won’t get to find out much more when you miss a corner and die and must start over again. And again. It gets tedious and so dull to listen to the same random babbling every time. 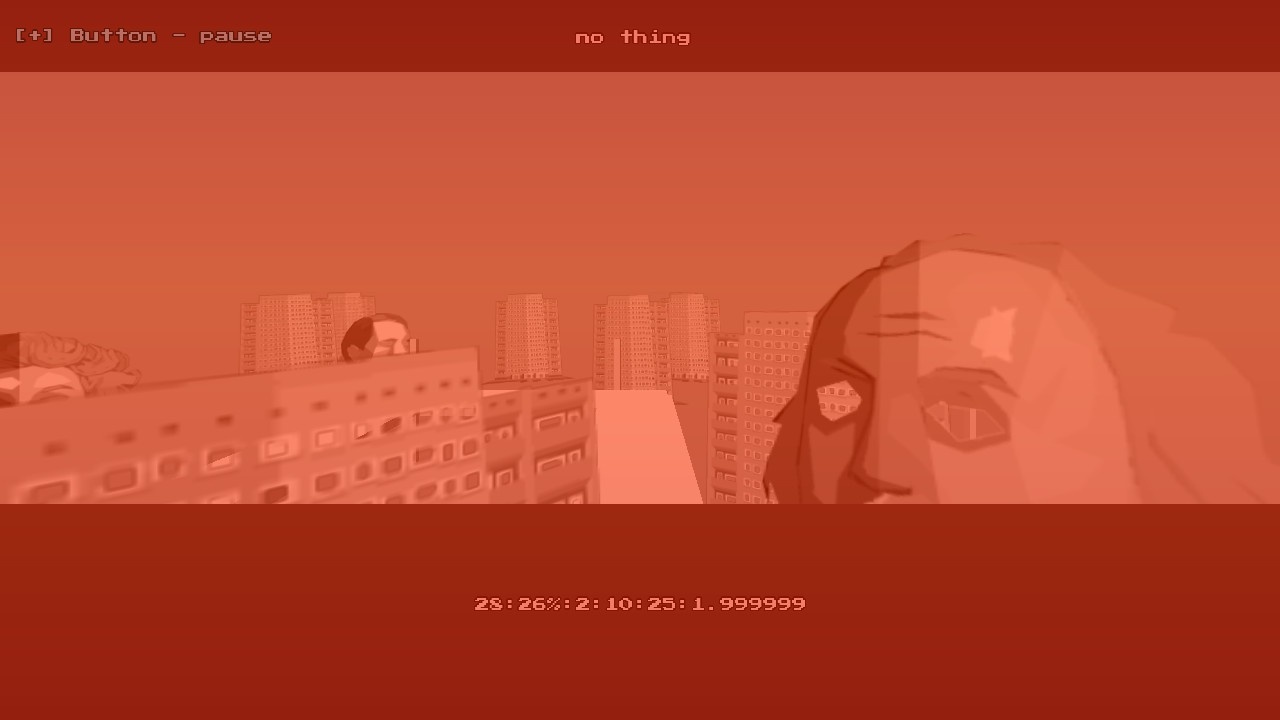 The music is repetitive and irritating from the get go – a “retro” 80’s synth plays the same noises over and over so does absolutely nothing to distract you from the repetitive and dull gameplay.

It’s hard to come up with anything positive to say about the game – I can’t even say it’s good value for the price – as its not. Save your money and buy something that actually brings you some sense of joy and not this mess!

It can’t be my opinion – No Thing is an absolute nightmare of a game. It is possibly the worst game I have ever had the unfortunate luck to review as I have struggled to play the game for any length of time let alone enough to form a valid opinion. I do not understand the appeal of the game, why anyone would want to play it when there are so many other fun options, like gauging your own eyes out with a rusty spoon for example. No Thing is a diabolical excuse for a game. It’s a bizarre mess of nothingness and I can’t state strongly enough – AVOID! AVOID! AVOID!