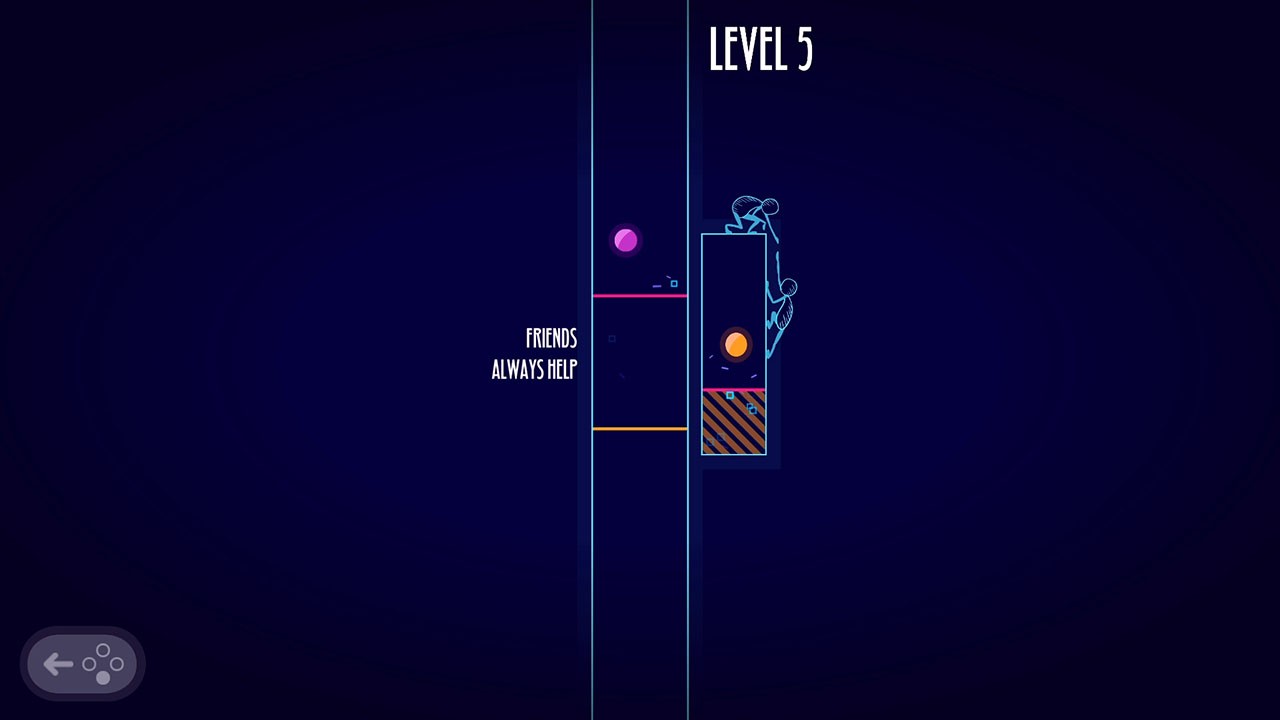 Sonder. Noun. The profound feeling or realization that everyone in the world has their own complex life and existence that does not connect to the thinkers own life, and yet simultaneously has the same value and impact as their own. We do live in a world where we are, in the same breath, connected to everyone and care about no one. That might be hyperbolization: there’s plenty of people that we all care about, to different degrees, and there’s probably even people we care about who don’t have a clue who we are or what we do. Mister Rogers was a great example of someone who was so connected to the world that people truly believed that he loved them even if they had never shared the same physical space once before his passing. We should all be so lucky to have moments of sonder so that we can expand our perceptions of what this life can and should be, and what the world really means to every single person on it. Deep down, I think that was the intention of One Person Story, a short indie art/puzzler designed by Lampogolovii and published by Drageus Games. While it has some elements of personal storytelling, the overarching message seems to be for everyone, and how the story of a single person can and will connect with, well, everyone.

One Person Story is an ever expanding narrative that’s told through text and the journey of a bouncing, pinkish purple ball. The objective for each of the one hundred levels is to simply get the ball to the other end of the vertical level, avoiding spikes and traps and completing minor objectives. There is only one control: a single button that seems to activate and deactivate whatever is on the screen at a given time. For example, sometimes it makes doors disappear and then reappear. Sometimes it recedes spikes, but then causes them to spring back up when the button is released. Still, other times have swinging doors that can accidentally shut the ball out of where it wants to go if the timing is incorrect. Bounce along, occasionally collect diamonds that represent keys, and get to the other end of the screen. That’s all. That’s all you’re working with. 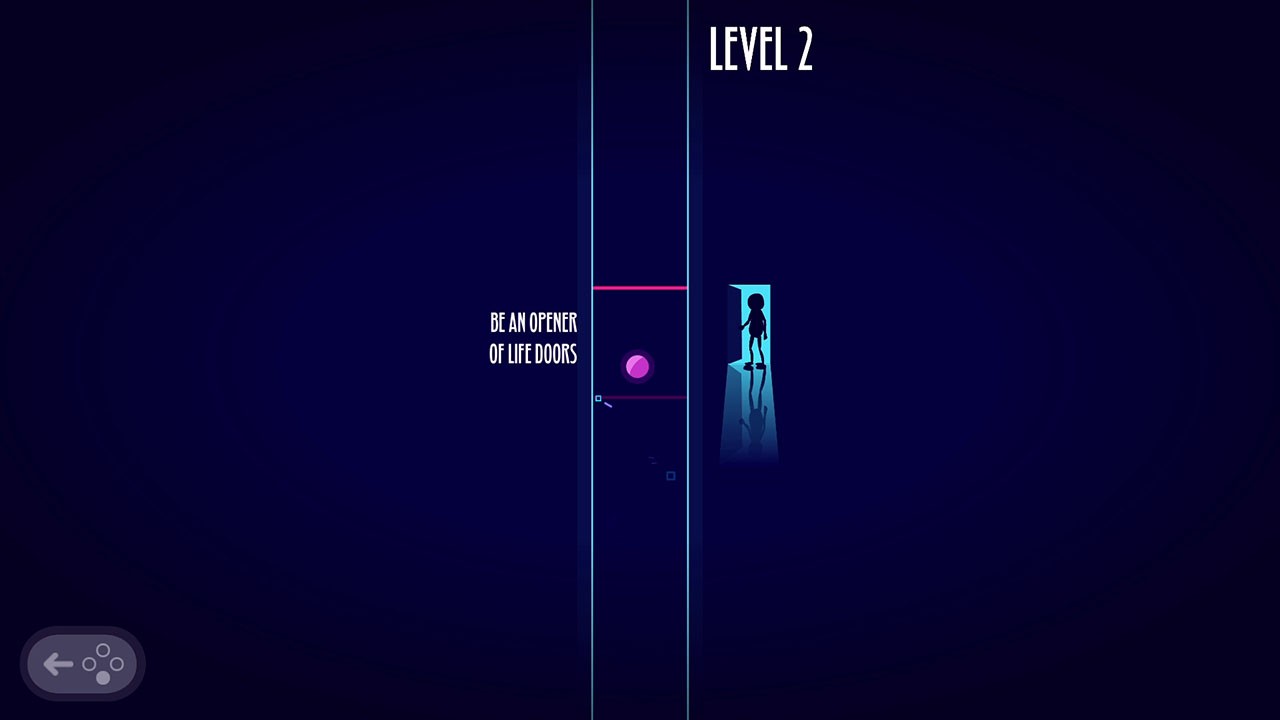 From an artistic point of view, One Person Story is quite pretty, and it has moments of engagement that sometimes lean a little too strongly into an affirmation sort of game. Not every level has a quote or text to read, which I appreciate: sometimes it’s enough to just go along and do something, and there isn’t always something to learn. Some are surprisingly profound, like level 11 where you literally do nothing and end up finishing the level. The message that things can be beyond your control at times, or that your influence does nothing to change the course of how things are going, actually caught me by surprise, in a good way. Mixed throughout are one or two lines of explanation as to what the developer wants to share with you from their own story and how it could impact yours. Messages about knowing when to strike, when to wait, when to follow the path and when to create your own. Mostly I agree because it does intermix some good moments of action with what is being said, thus creating a successful cohesion of game and art. On the other, some are a bit confusing. There is an orange ball that helps out with some levels (you have no influence over controlling it) and, somewhere around level 18, the ball jettisons off into the void, representing the loss of a friend or loved one. Then you have two stages of darkness, in which the player needs to “find the light” inside themselves to move on, because you’re the only one who can support you fully. It’s a great message, and it makes sense if the loss is irreparable (death, breakup, divorce, etc.). However, because the game is so personally objective and open for interpretation, I saw the orange ball leaving as a friend and yourself having a difference of ideas and going your own separate ways. Shouldn’t you at least make an effort to try and reconnect? Since this is the developers story, it probably isn’t that easy, but that’s the double blade of art house games: not everyone is getting the same message.

The visual and aural design of One Person Story is also well done, owning to the simplicity to deliver the message. The ball with a tail of energy is a bit striking as the beginnings of life, and watching it move along and continue down the paths towards your ultimate goal is certainly enough to make you sit up and pay attention. Working mostly with short bursts of color and very simple shapes (straight walls, pointy spikes), there isn’t anything here that will blow your mind, but it’s functional without being terribly elegant. On the other hand, the piano soundtrack is pretty much what I anticipated it would be, and it suits the mood well. It’s a bit of that ambient sort of music that plays in the background of a serious conversation, swelling and changing as the tone shifts and the matters at hand become more or less dramatic. I couldn’t hum a single bar of it with a gun to my head, but I remember the feeling of it, of a chilly Sunday morning watching NOVA on PBS, and it feels right for the mood the game presents. Well done. 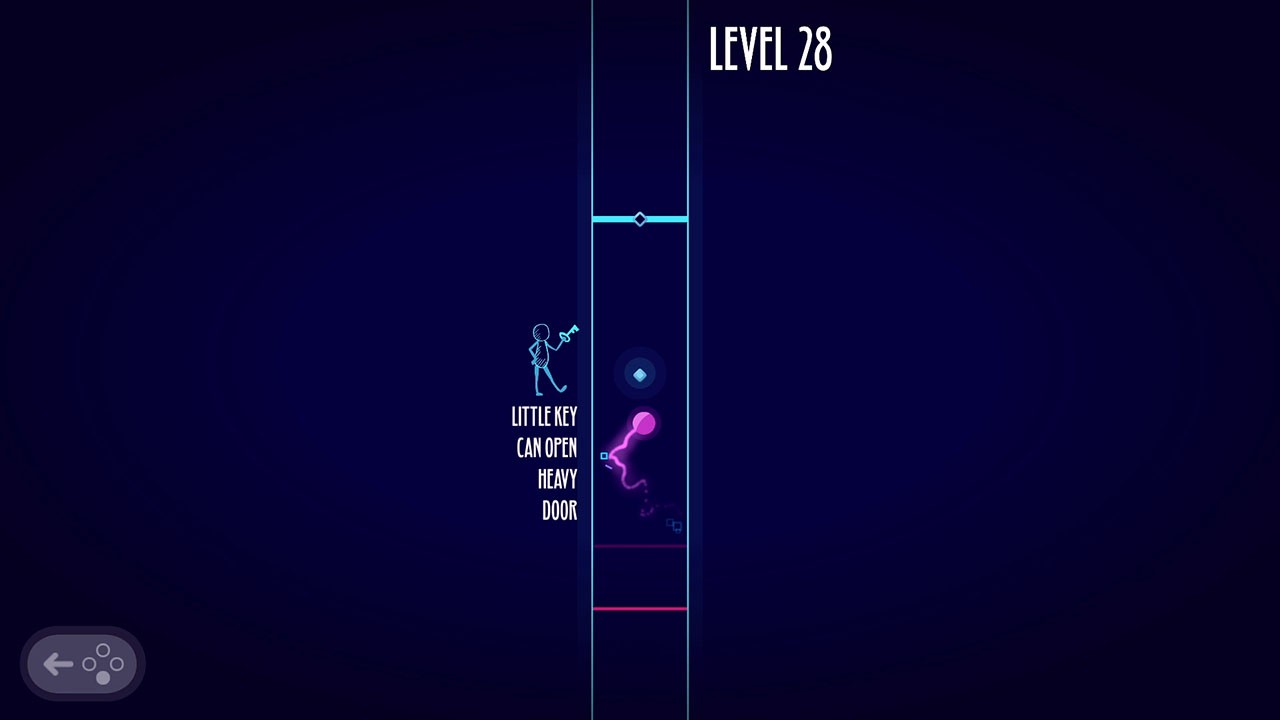 As a game, though, One Person Story might fall terribly flat with most audiences. It’s quite short, but, ironically, the game isn’t as short as it could be. The one hundred levels grow in time spent and length of play, but not because there’s a lot more to work out or to do as we get closer and closer to the end. Remember how I said you needed one button? That never changes: your single button pushing controls everything, and you just get more and more frantic as you develop more complex levels. Since you can’t control the ball at ALL, you’re left at the mercy of timing and precision guessing about when to turn on and turn off things. There were a few times where I kept losing my ball because I had to open the door, close the door, pull down the spikes, put them back up to close the door, and just kept doing this over and over while praying my geometry was correct and the ball would head north. But there were spikes I could NOT control, and I just watched helplessly as I careened towards certain death with nothing I could do. Maybe that’s also a metaphor for life? In any case, it felt like there was intentional longevity injected into the game in the form of hairpin moments of choice that you could never quite get right the first time. But I also sucked at maths growing up, so there’s a real good chance that this game could be a half hour of power for someone who bothered to line up points on a grid and all that jazz. In any case, I kept going because I liked the way it was presented, not because I liked what I was doing.

This is, quite literally, One Person(‘s) Story. This isn’t everyone’s tale, and no one expects that all living beings will follow the trajectory that Lampogolovii has set forward. But there’s a real good chance that a couple of moments will resonate with you. Maybe you’ve had hardships that you couldn’t control but still felt responsible for. Maybe a loss devastated you more than you realized until someone pointed it out. Or maybe, just maybe, you need someone to tell you that there is another way, but it isn’t the way you see: it’s the one you’re about to find. For three bucks and an hour one afternoon, this was an enjoyable experience, and memorable enough that it won’t simply slip from my mind in a few days. Not every game is meant to completely change your life and your perception of gaming. Yet, if you merely have another thing to think about – or even another way to think about it – then maybe it’s worth the time.

A simple game with an important message, One Person Story seeks to connect players in a way that doesn’t make us all the same, but shares some same ideas.