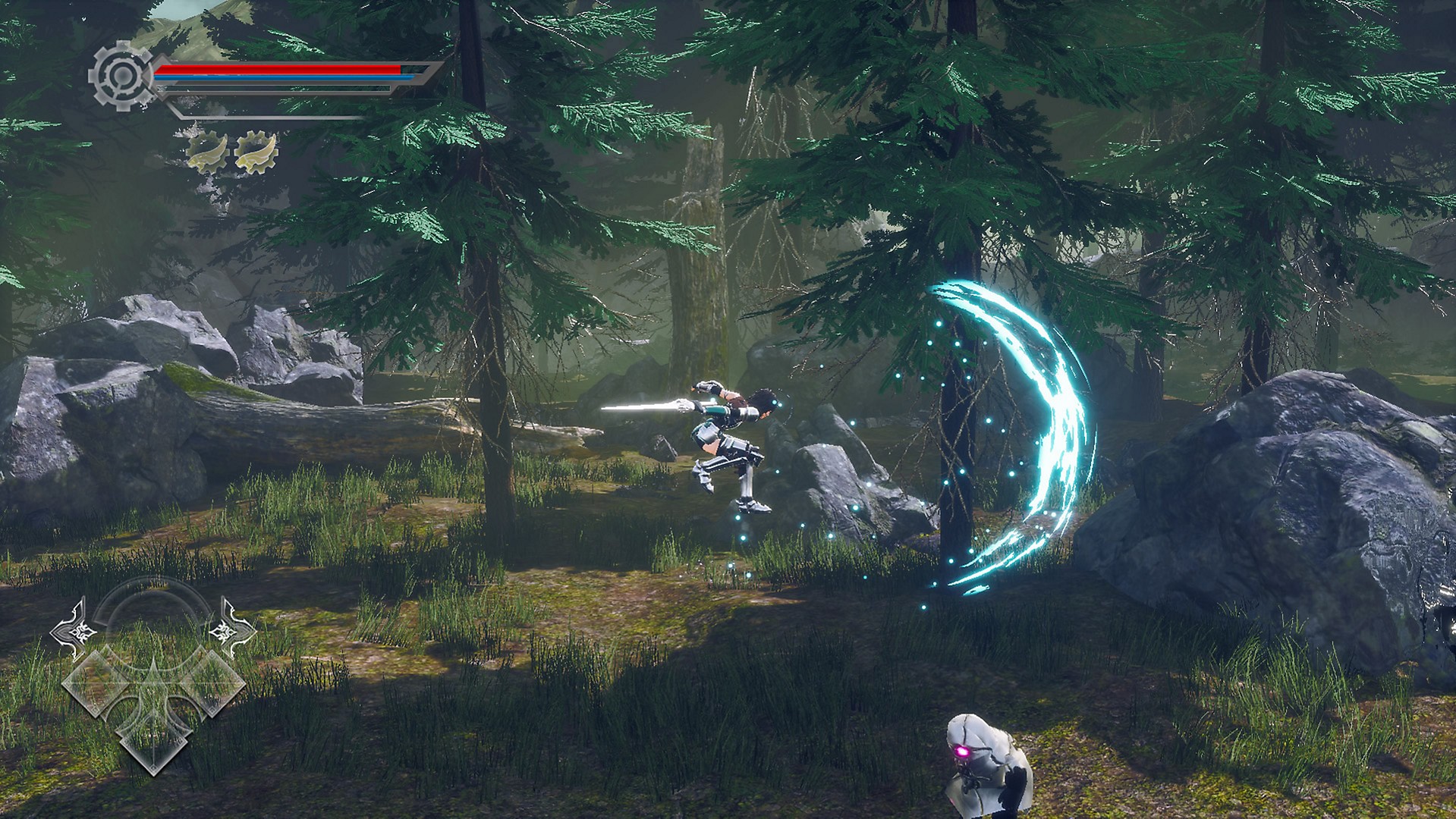 AeternoBlade (or Time Avenger as it is known in Japan) first appeared on our screens with its release upon the Nintendo 3DS in 2014. Since then, it has spawned a variety of ports onto all of the major consoles; even making its debut on the Nintendo Switch in February of last year. Although it was largely well received, a couple of minor flaws prevented it from ever reaching the upper echelons of gaming folklore. However, this hasn’t stopped the production of a sequel in seeing the light of day, as AeternoBlade II turns back time to slash a release onto the Nintendo Switch.

Developed by Corecell Technology, with publishing though PQube, AeternoBlade II is a direct successor to the first game. By that, I mean that this sequel carries on precisely where the first game left off. This doesn’t necessarily mean that you have had to have played through the first game before attempting this one, but it’s also important to note that AeternoBlade II throws you deep into the action from the get-go; with no introductory backdrop to the story or characters, reason for your being or what the hell you are trying to achieve. Of course, if you’re familiar with the first game, then you’ll be in familiar waters, but for the rest of us, it’s just best to lay back, forget the story and just enjoy the ride.

If you’re looking for a brief overview though, then this game starts with the main protagonist and heroine of the first game, Freyja, as she discovers the fates of time and space are in danger of being destroyed by a cataclysmic event. Embarking on a journey to stop this catastrophe from happening, Freyja is joined by two other co-patriots, Bernard and Felix and the three of them set forth to shift the sands of time and manipulate the world around them in order to save the planet from an impending doom; something perhaps humanity could embark on with today’s current climates. 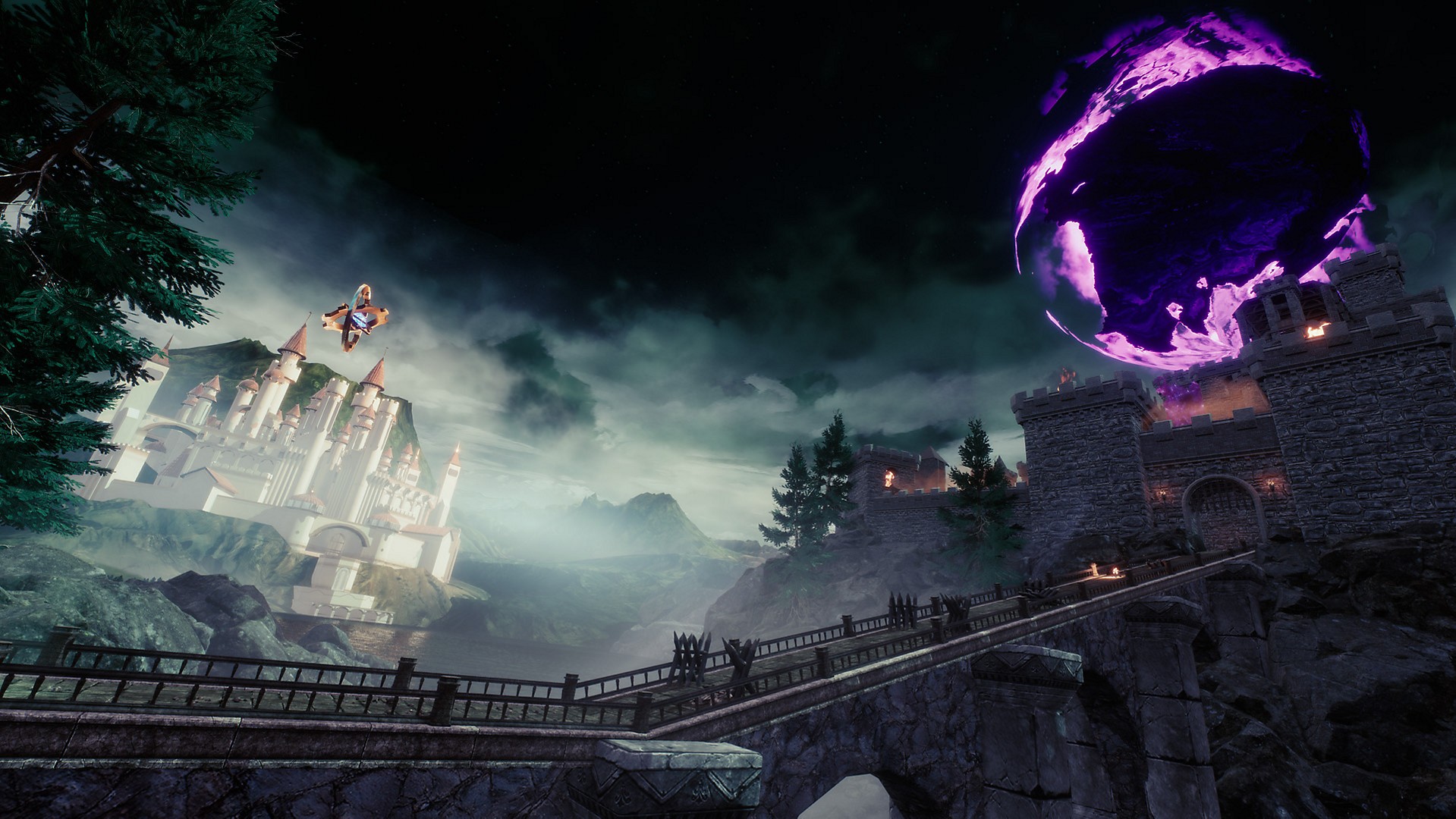 The gameplay itself is made up of a number of elements and components, but for the most part it runs along the lines of a 2D, hack and slash, platformer. However, it also contains elements of a Metroidvania style of play with its points of exploration, combat moves and abilities and a series of puzzles across a number of varying environments. At various points within the game, you switch between each of the three characters, producing a variance in the combat style of its hack and slash formula, plus also change your perspective from 2D to a third-dimensional, over-the-shoulder view when up against the games’ many boss fights or find yourself within the midst of a large-scale battle. This creates a number of differing play-styles within the game; preventing it from staleness and providing a good level of fun as you play through it.

Although primarily a side-scrolling, hack and slash title, the combat system takes advantage of three different move systems, as well as a variety of a weapon styles. You have heavy, light and aerial attacks, special abilities, the power to bend and adjust time and a dodge mechanic, called flash. Each of the three characters also posses varying styles of weapons, from light swords to whip-style, metroidvania, combat skills; all of which can be upgraded through a series of trees with the collection of orbs from successful mission completions. It brings a role-playing element to the game to keep you further invested into its gameplay, as well as bring some clever implementations of move styles and abilities.

Once equipped with the power of the AeternoBlade, you can alter the physics of time through rewinding, creating mirror images and freezing it still. It’s a concept that is vital to certain elements of the game, namely in some puzzle solving and level traversing. For instance, I needed to get to an out-of-reach ledge, but my jump ability just could not reach it. I then flung an enemy into the air, froze time and simply jumped onto his stasis form and onto the ledge that I could not reach. It’s a genius level of design and one that makes you feel accomplished in the amount of moves you can pull off. 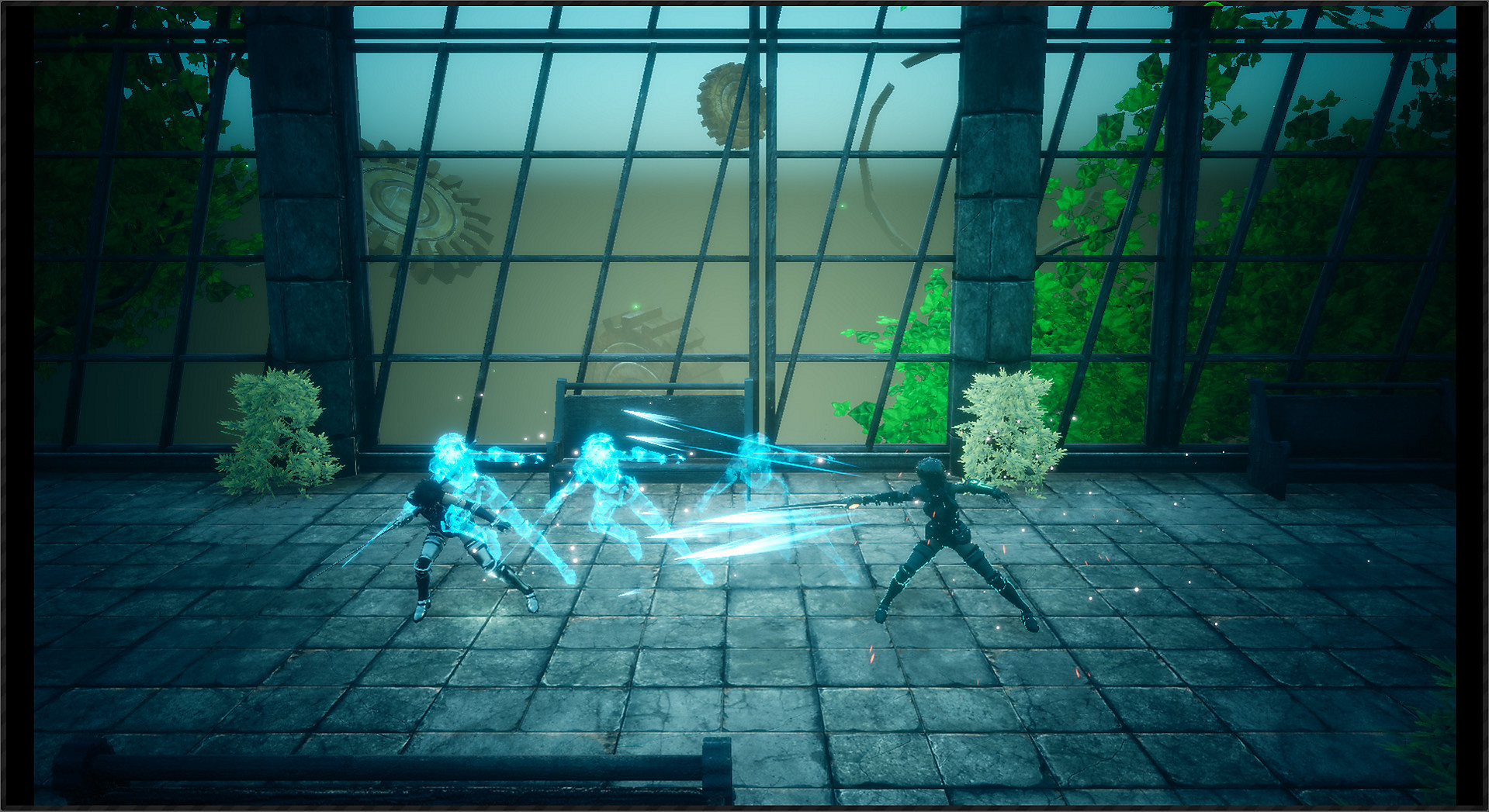 It’s a mechanic that needs to be mastered and upgraded, as the enemies within the game spike quite early on. This presents a challenging game, but also one that still feels fair and never really frustrates. With its shifting viewpoints, exploration and exciting combat, this is a title that I had, and am still having, a lot of fun with. It plays in a similar fashion to the first game and holds many similarities in both its look and style, but this sequel is a much more refined experience, with some interesting level designs, pleasing visuals and smoother frame-rates and animations. However, it’s voice-over work is quite laughable, bordering on the level of being cheesy and a few of its elements do present the overall feel of a AA title, or a B-movie, which I found to be a more accurate description in how it feels.

Its story is largely meaningless, moreso if you’ve not played the first game and its characters are complete strangers if you’ve entered the story from this title; but this doesn’t detract it from being a very enjoyable game to play through. Its levels are interesting, combat is satisfying and its overall look is pleasing. It lacks in some elements of presentation, yet provides a level of gameplay that just feels like good, old-fashioned fun; something that is missing from a lot of triple-A games these days. The musical score also matches the drama of the on-screen action, producing a B-movie blockbuster that’s simply irrsistable to play through.

Overall, AeternoBlade II is a thoroughly engaging game with its fun combat, exploration and elements of gameplay. It’s constantly mixing things up to keep everything fresh and running at a suitable pace. One minute you’re hacking and slashing, the next you’re solving puzzles, fighting a boss or a set number of enemies within a confined space or just simply entering a vortex in order to reap the much needed rewards that it holds. However, its main premise lies within its combat, but even here, there is variety. Move styles, weapon variances and time-shifting abilities all add to produce a game that is satisfying to play. It does contain a few nuances that bring it down slightly, but only in presentation and never within the gameplay. If you’ve played the first game, this is a much smoother and more refined experience and, ultimately, will be a more rewarding title. If you’re not familiar with the characters or story though, then you’ll find yourself thrown head-first into the thick of things. But like I said, lay back and enjoy the ride and you’ll find a game that just oozes with fun throughout the journey upon which it takes you.

AeternoBlade II mixes up a variety of combat styles, camera views and gameplay elements in this satisfying hack-and-slash, metroidvania platformer.