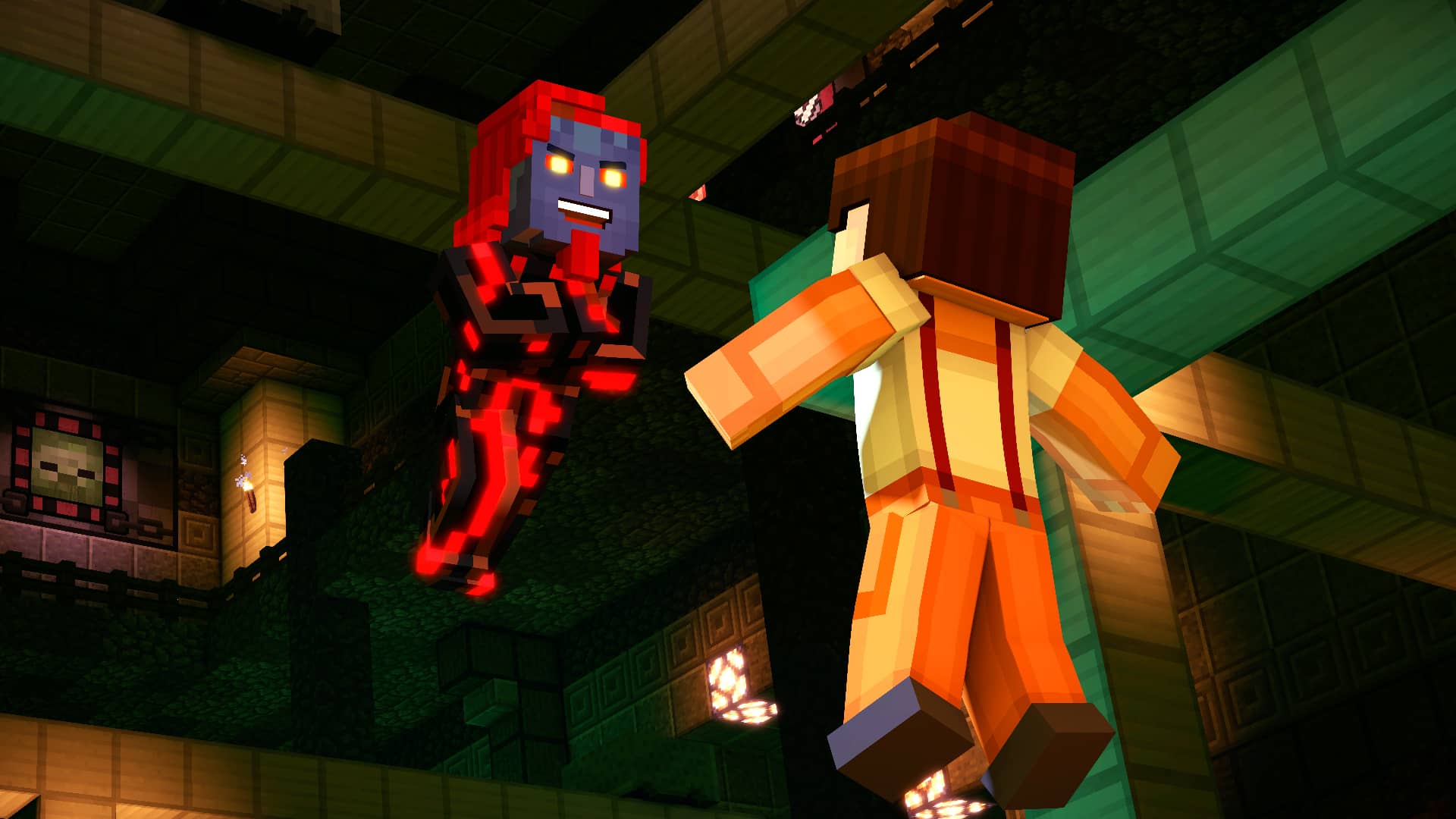 Telltale’s latest installment of Minecraft Story Mode Season 2 is here with the third episode ‘Jailhouse Block.’ At the end of episode two, Jesse was finally free of the mysterious gauntlet only to see it clamped on the hand of a (choice dependent) friend. Now cast into The Admin’s own ‘correctional facility’ (“we don’t use the ‘p’ word here,” as the Warden informs us), this episode centers around Jesse’s attempts to escape and bring the bang back together.

Spoiler Alert: Once again, I will try to avoid plot-related spoilers but will reference some events from the previous episodes. If you haven’t played those yet, then check out our reviews of Episode 1 and Episode 2 first!

We have already learned our Season 2 protagonist The Admin loves to be in control and have everything in order (while also being frustratingly vindictive) so a prison sounds like just the kind of place he would want to run. Located right at the bottom of the world, Jesse is told escape is impossible but since when has that stopped our heroes trying?

Overall, this episode has a much darker feel than the previous two. The situation is bleak for Jesse and her crew as well as the rest of the prisoners, and it does not improve much as the episode goes on. This new gloomy setting introduces some interesting new characters like the prison warden, the Hellboy look-a-like Oxblood, and the mysterious ‘Prisoner X’. It also allows for a closer spotlight on the companions brought in earlier in Season 2 with Jack, Stella, and Radar getting more screen time. Radar starts off his usual whimpish self, weakened from hunger, only to toughen up as ‘Prison Radar’ in one of the episodes funnier moments. 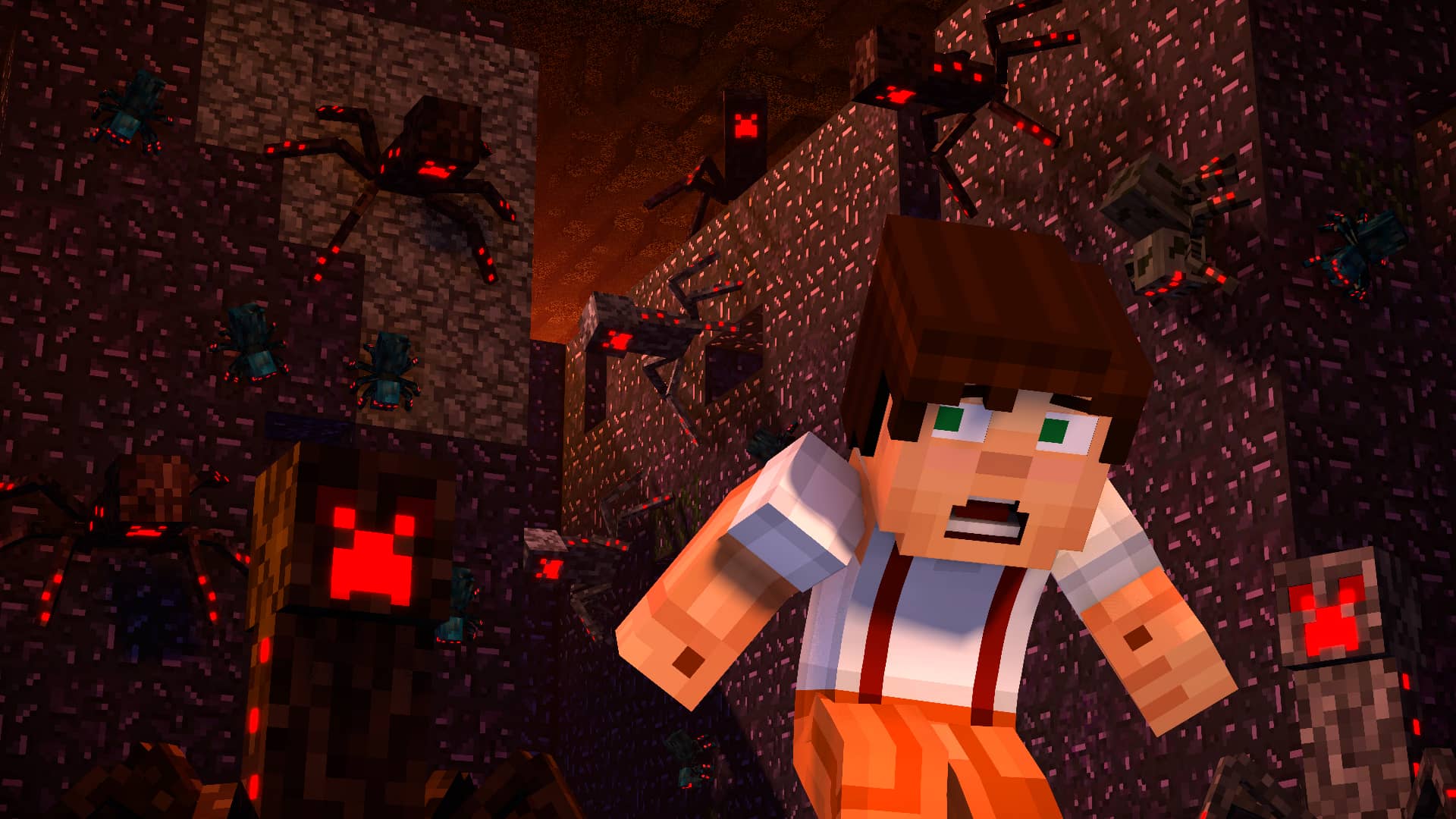 The Admin only makes a brief appearance in person as he thwarts one of the escape attempts. This makes a refreshing change from his domineering presence in Episode 2 and yet, we unexpectedly end up learning more about him and his motivations when he is not around so much. Through the other characters in the prison, we learn more of his backstory and start to get an idea of how he might be defeated. This was a much better approach to the over-bearing taunts, twists, and teases he subjected us to last time. Until now, he just came across as an annoying and sadistic villain who delights in moving the goalposts to suit himself. Now, we have the chance to understand him a bit more, which gives more depth to the story.

For the most part, the choices presented in the episode are what we have come to expect from a Telltale Game. In terms of how I had played the game so far and my relationships I had built with the other characters, these were easy to make decisions – the other option simply would not have fit the narrative I had constructed for myself. That is, however, until one incredibly tough choice came up late in the game. For the first time since playing Walking Dead Season 1, I genuinely did not know what to do. I did not like the consequence of either choice and I am still not sure now if I made the right choice or not. That is how these games should be. We do not want easy choices that fit our style of play. We need tough choices to challenge us and make the game more compelling. That is what I was faced with here – I only wish Telltale would do this more often!

There are the usual QTEs as we try to escape from mobs, avoid traps, and… er… pick mushrooms (in the Mush Room no less!) The combat system with its dodges, rolls, and stamina bar is more familiar now and adds a little more excitement to the game. We are even presented with a boss battle of sorts here as Jesse comes face-to-face with a horde of monstrous ghosts. This is not an especially challenging boss fight of course but it certainly added to an intense sequence as the episode approached its climax.

The ‘building’ mode crops up again in this episode. This time, we are asked to build a model of a mushroom for a slightly deranged inmate artist (whom I hope is a tribute to Bob Ross and not Rolf Harris!) but, yet again, it doesn’t matter what you build. He will love it and paint… nothing. As I said last time, let’s leave the building to Minecraft itself. 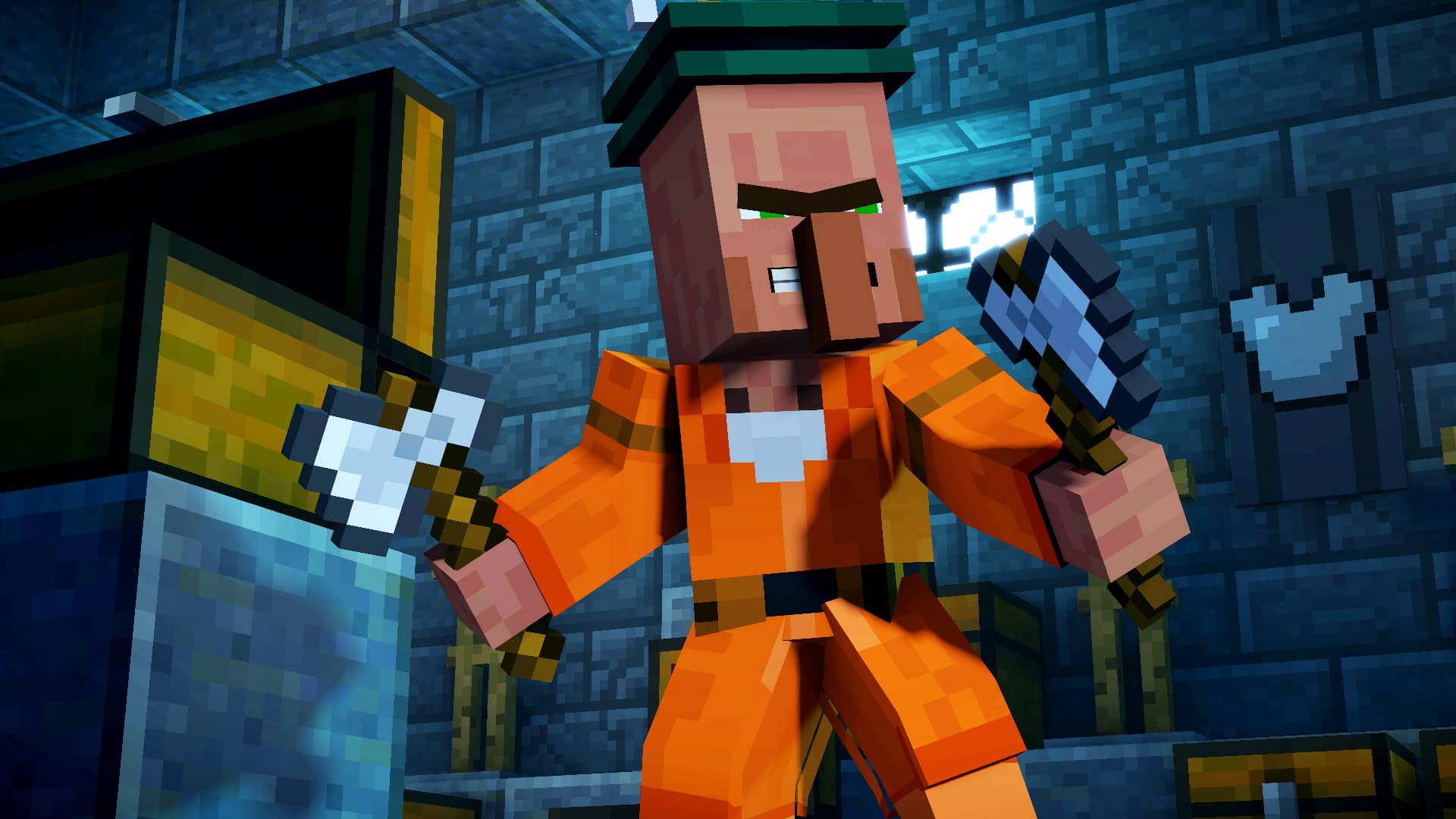 One surprise of this episode was the music. It reminded me of the synthesiser sound of a 1980s sci-fi show and was a welcome backdrop to the dystopian setting. It added drama to the more intense moments and I hope we get more of the same in future episodes.

While I enjoyed this episode, one major criticism is the length. I loaded the game on Saturday evening thinking I would play a little before coming back to it the next day and working on this review. I ended up finishing the game before I went to bed, not because it was so gripping that I couldn’t stop playing but rather because it was all over in about 80 minutes. Some of the chapters within the episode only lasted a few minutes and, despite a decent narrative and pace, I couldn’t help but feel that this one could have used some more content.

Despite being all too brief, I enjoyed this episode. It was a good call to focus more on the newer characters and leave The Admin in the background, while also revealing more about his backstory. As we now head into the final two episodes, the drama and action should start to increase as Jesse and the crew delve deeper and deeper into The Admin’s world.