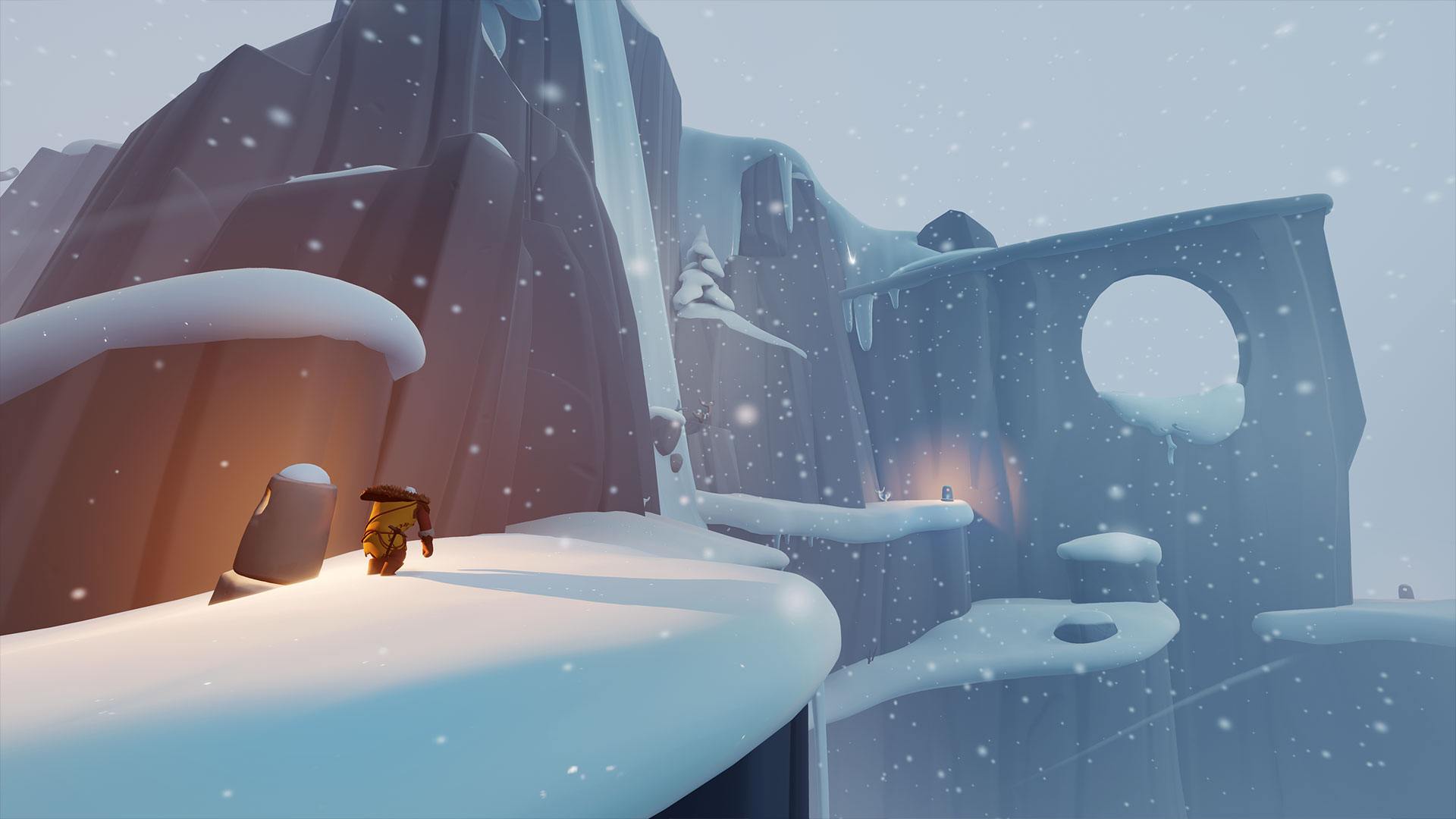 ​​Arise: A Simple Story tells a tale that we’ve all heard once or twice: an old man, who Death’s sweet embrace has enveloped, is reliving his memories–namely those involving a love interest. The style of delivery is also nothing new: as you explore the white landscape that is limbo, you happen upon milestone memories that you are able to enter and then platform your way through a stage–ten in all with a variety of themes–before being able to return to the white-washed hub. A little less common is the ability to control time: Arise: A Simple Story allows you to rewind and spring forward time at any point. Not only do new paths open if, for example, you rewind back to a little earlier when the bridge hadn’t crumbled to dust, but the time of day and even the season is affected.

Besides the ability to control time, your character is able to jump, latch onto and swing from specific objects and creatures, climb up along rocky handholds. This allows you to journey onwards and upwards, to the end of the stage, the progress towards which is demoted by a series of stone figures. Sometimes these are animals, sometimes these are objects, but for the most part they’re the old man in his youth and the young lass he fancied. Also within the stages, you can find collectables–shiny orbs that contain memories that further flesh out the silent tale of love and loss. Many of the puzzles have to do with timing and positioning, requiring you to align ledges, raise and lower surfaces, and the like. Each stage has a theme and the environments are reflections of that, from dreary rainy plains to verdant sunny gardens. 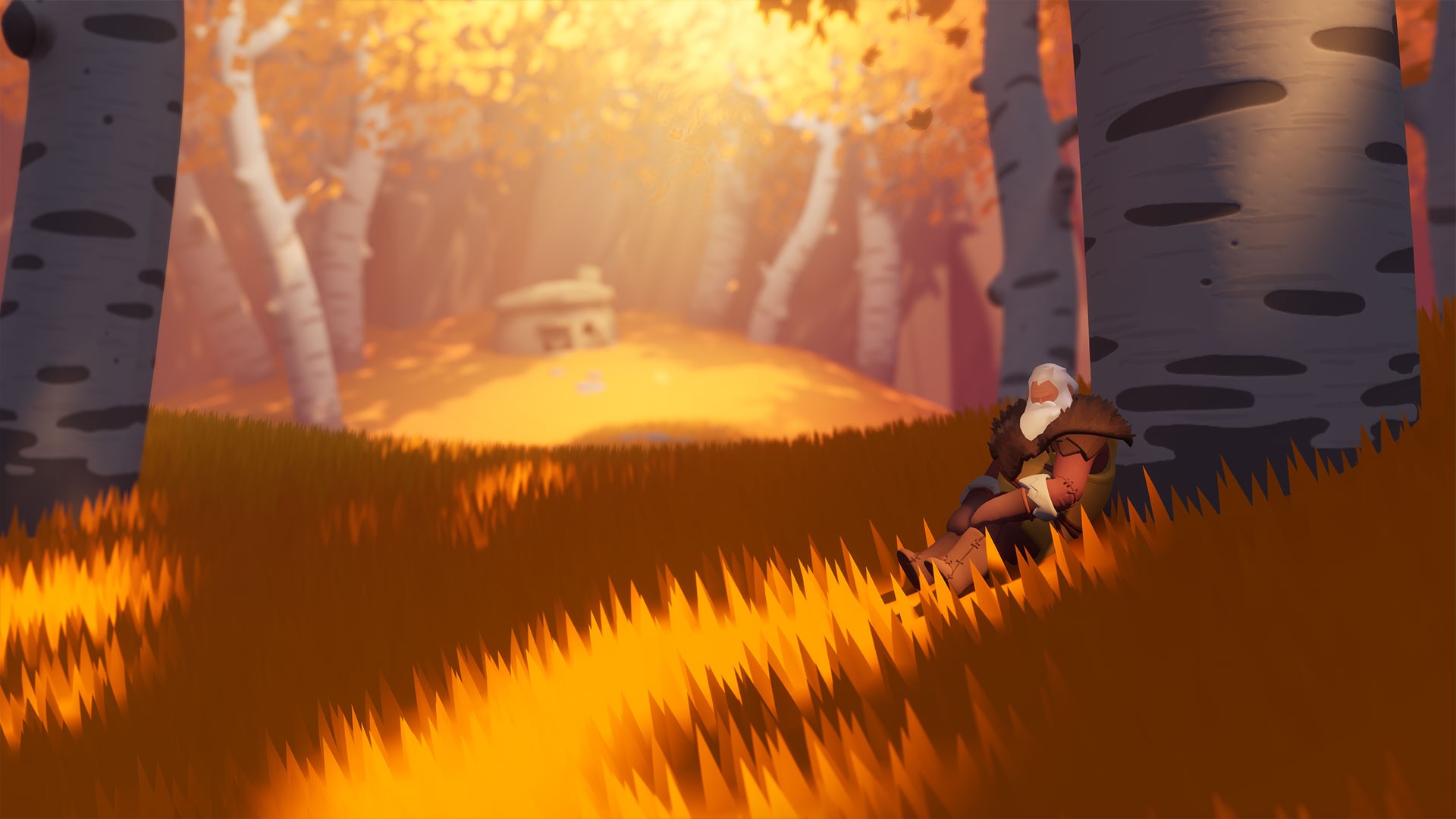 ​If you fall from a height, you die instantly. Fortunately, check points are fair, so returning to the point by you failed is fairly easy. On that note, sometimes it’s difficult to gauge what direction you need to tilt the analog stick and jump to the next platform rather than to your death. This is made doubly so by the fixed camera angle.​ If co-op is your thing, Arise: A Simple Story offers local co-op in which you and a partner control either the old man or the ability to control time. The style of co-op enhances gameplay by requiring you and your partner to communicate well and collaborate on how best to proceed.​

Having the old man breathe hard when he ran for too long or stumble when he landed made him feel more real and as a result, I empathised with him. It was this connection that spurred me to find out all I could about what had happened during the old man’s full, rich life and I combed each stage for memory fragments. Because there’s no narrative, I feel as though the events are drawn in broad strokes and even with the additional details, much of the events were still subject to your perception. Personally, I both love and hate that sort of open endedness because it’s nice to have closure in the face of something so engrossing. 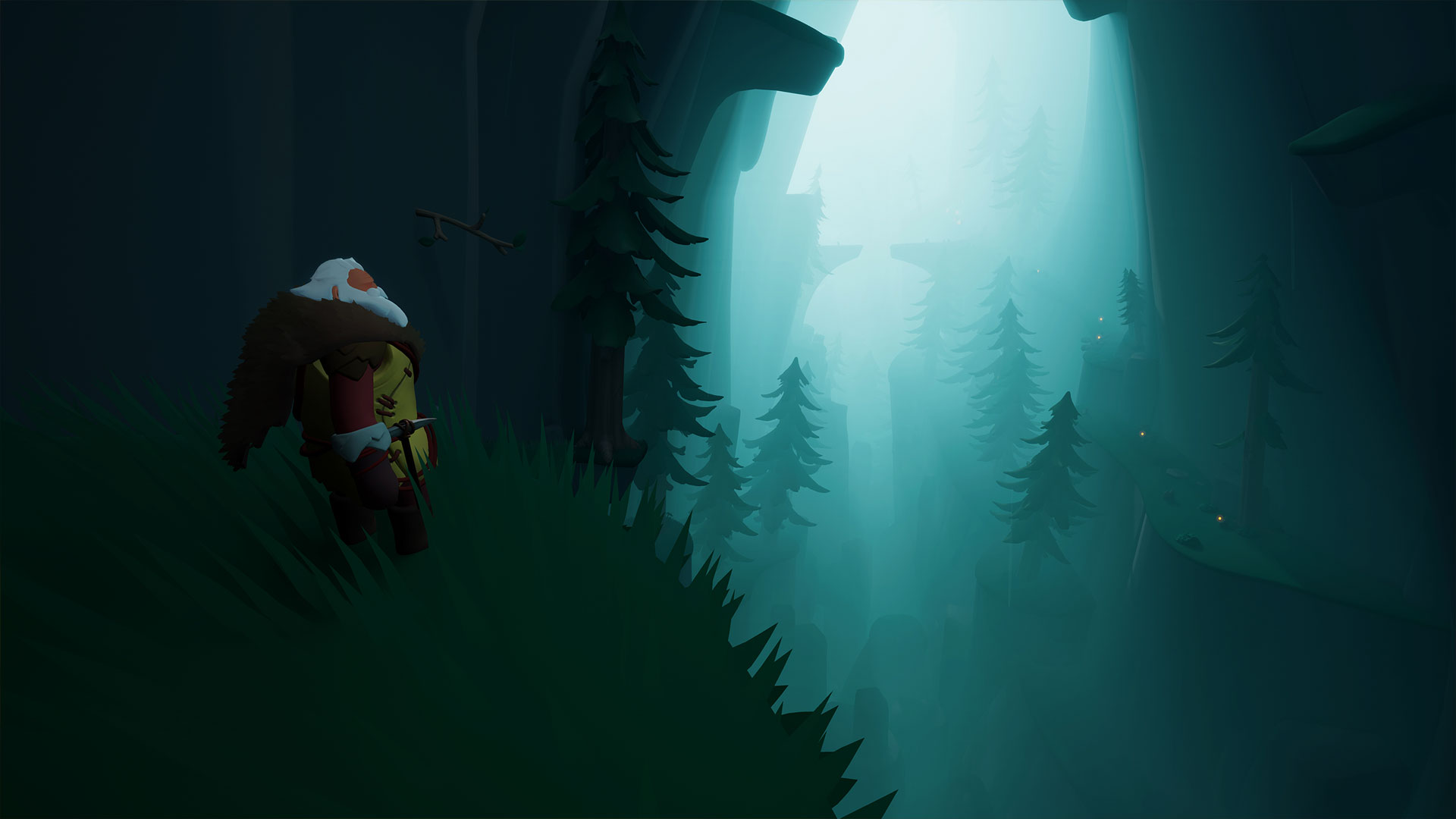 ​What also sets Arise: A Simple Story apart is the immersive experience its components–gameplay, soundtrack, and chosen medium of storytelling–so lovingly deliver. While the fixed camera angle may seem like a pain in the butt, the trade-off of being able to take in the view the way its supposed to be seen is well worth it. Graphically speaking, Arise: A Simple Story isn’t exactly a powerhouse, but the use of simple shapes are bright colours drives home the /simple/ aspect without undermining the complexity underneath.

A “must play” for fans of atmospheric adventures like Journey or Flower. Arise: a Simple Story’s clever spin on controlling time makes solving puzzles and exploring the world therein a joy. The accompanying orchestral music is well-suited to the on-screen action, creating an immersive experience from start to finish. Though, arguably, the game isn’t long enough that just may be because I was enjoying it so much.