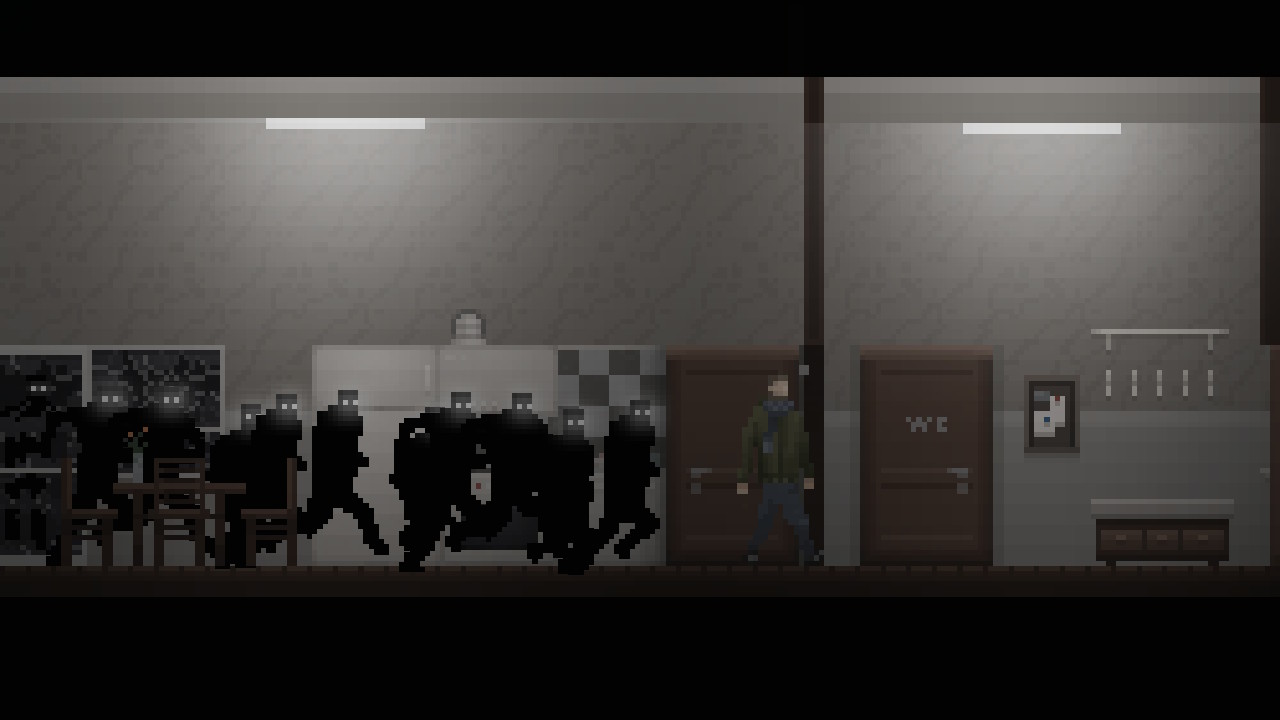 Horror is such a tenuous line to walk in making a game. On the one hand, you can always get the cheap thrills of a jump scare title, which will appeal to a young Youtube audience, get some decent reaction videos from certain streamers, and might give you a temporary revenue spike before it falls into obscurity. On the other hand, putting in a lot of effort and detail into making something that really builds a good atmosphere or storyline can result in something being memorable, but also potentially obtuse and preachy, or just downright confusing and boring. People look to titles like Silent Hill to be a good representation of successful franchises that both deliver solid titles (Silent Hill 2), polarizing games (Shattered Memories), and generally panned (Origins). But not everything can be that straightforward, and Cowardly Creations has boldly brought their mixed bag title, Uncanny Valley, to the Nintendo Switch. The result? This is gonna be another polarizing title.

Tom is just your average guy: he tries to find work, he’s not totally pleased with the world around him, and he’s haunted by crushing, hyper-realistic and foreboding nightmares regularly. Tom has recently been able to find work as a security guard at a facility that doesn’t really say what they do or what their purpose is, but it’s closed down permanently, and he needs to keep it squatter-free. Tom, like so many other people, wants to keep himself busy during the night shift, so he does what literally no one should do who values their job: starts poking around. Like, filing cabinets, computers, doors that aren’t part of his route, literally everything a security guard who wants to be fired should do. Anyways, because I said this is a horror game up top, Tom discovers something terrifying, and it’s bad, and the title of the game is Uncanny Valley so it should take you approximately six seconds to Google the term and put two and two together, but I’ll still be a good sport and not give up the big reveals. The point is, Tom doesn’t wanna die, but he does want to find out more, and so do you, theoretically, so strap in because it’s gonna get creepy.

Uncanny Valley is a side scrolling, pixel art survival horror game that takes a good ten to twenty minutes of an already short game to really get going. After some initial vivid nightmares to help get you into the right mindset, you’re dropped into Tom’s shoes, get to this facility, and immediately start your job of walking around. In theory, if you just do your job and don’t poke around at all, you could turn Uncanny Valley into a decent “night guard shift” simulator, complete with positively nothing happening, as per most security jobs. However, there are some caveats immediately. Firstly, Tom asks a lot of questions. He isn’t a silent protagonist: you see him talk aloud to himself, and posit a bunch of “how comes” to everyone he meets. Secondly, there’s actually a time limit to Tom’s shifts. You only have five minutes of real life time to patrol certain areas, and things gradually evolve from there, including a point where maybe the time limit doesn’t matter so much anymore. However, initially, you have to play by their rules and pretend the imposed limit is super important, especially because the day shift guard, Buck, is full of explicitives. Lastly, if you don’t make decisions, the game will keep leading you closer and closer to water through NPCs and dreams until they practically drown you in the water you should be drinking, so hurry up and gulp it down. 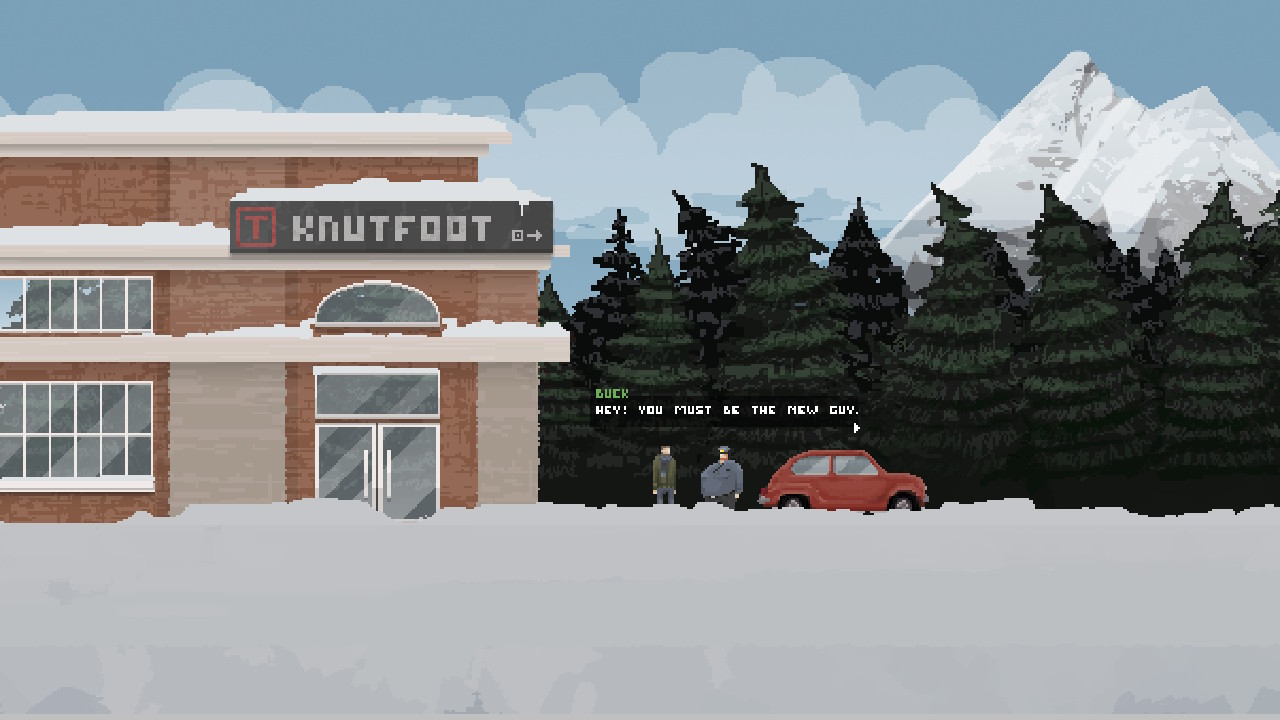 Uncanny Valley is all about understanding the sequence of how things should unfold and how to accomplish it. In most cases, simply rushing through everything in an effort to gain the most results in achieving the least. The best way to approach the game, especially from a first time perspective, is to simply dedicate your time to a couple of things per shift. Really explore and understand a single floor. Figure out what can be done now and what clearly needs to be done in the future. There’s an elevator that leads elsewhere, and you know you’ll get there eventually, but you gotta work up to it. There’s a safe that needs to be opened, but Tom even acknowledges he needs a key and a password, neither of which he has. Buck isn’t really a help and becomes a hindrance at some point, and it only gets worse until the situation gets resolved. There’s the housekeeper, Eve, who seems to have a certain affinity for Tom that only gets weirder as time goes on. It’s really difficult to expound upon everything that’s happening within the game without spoiling the hell out of it, and certain twists and turns are really interesting to keep alive and keep fresh for new eyes.

In terms of graphics and presentation, I seriously wasn’t a fan of how some of Uncanny Valley did its pixel art. There are moments where things look gorgeous: a lot of Tom’s nightmares are incredibly well detailed and visceral in the right ways, and the initial shot of the mountains where the facility is located is pretty impressive. The characters themselves are a bit rough and chunky, but I respect that, for the most part: it makes Buck appear almost comically overweight and Eve to be not particularly good-looking but it gave each character, well, character. My umbrage with the design comes in two parts: the darkness and the text bubbles. There’s a lot of dark going on here, and the intention is clear to make it spooky, ominous and stressful. The developers themselves even admit that the purpose of the game isn’t to kill you over and over, but to make the game gradually more difficult, make you consider your choices. But when so much of the game is drowning in black space, it becomes hard to navigate, especially if you’re in handheld mode. Bad news for Switch owners: this game does NOT play nicely when it comes to taking it on the go. You sincerely want to be in proper lighting (or lack thereof) to navigate the game, otherwise there are a lot of point where it feels like you’re walking blindly ahead, even with the flashlight on.

Additionally, the text! It’s so important to be reading everything in this game: what characters are saying, what memos are saying, what the damn emails from missing employees are saying, because if you aren’t able to follow the storyline you can’t get anywhere, at any point. But the choice of having this torn, jagged sort of font across everything makes things very difficult to read, even when traveling and holding the screen pretty damn close to your face. The way the speech falls out of characters’ mouths tends to already be hard to follow: they just talk into the ether and it’s up to you to hold perfectly still and progress their speech bubbles, lest you accidentally walk away and need to start the dialogue over again. Add to that the fact that I seriously needed to take a second and understand what was being said before I could move on, and now I’m annoyed. This is all while being under a time crunch, because Tom will snoop, steal company property and destroy whatever he can, but he’ll be damned if he’s going to miss his punch out time. 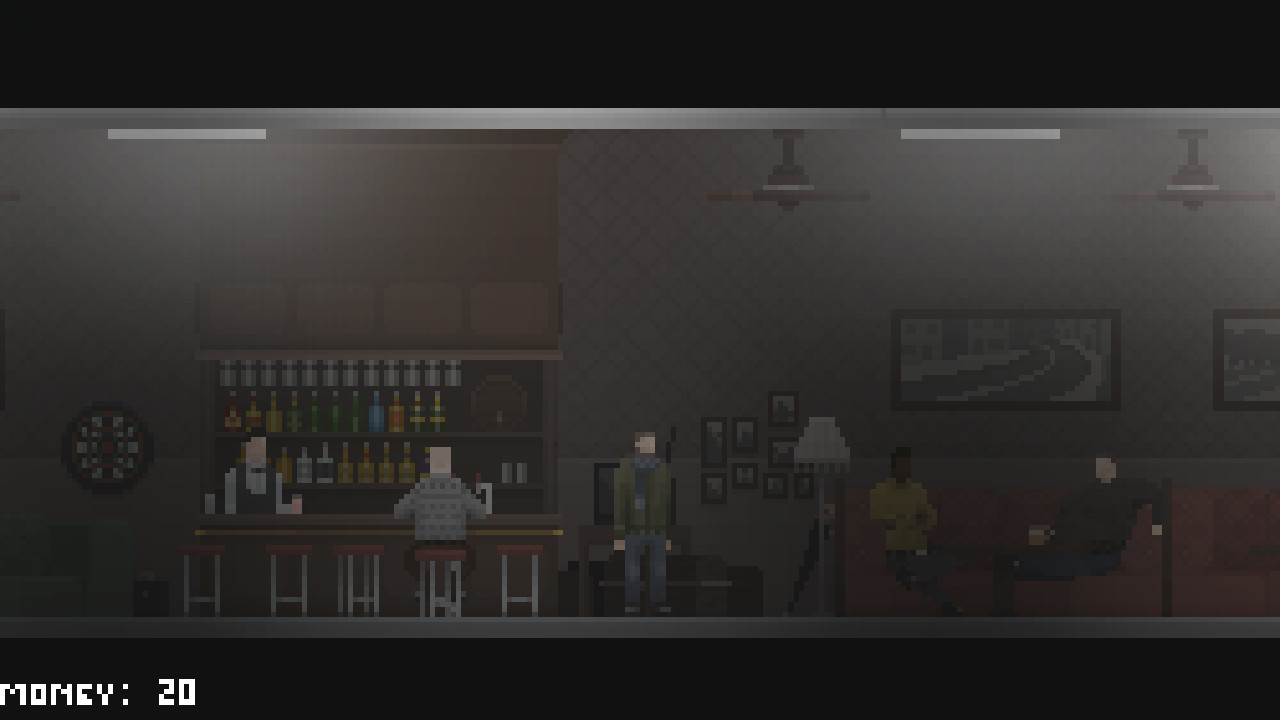 Still, the ends justify the means, and the way Uncanny Valley handles itself works out to a very satisfying set of conclusions and game affectations, even if there’s technically only a handful of achievements. The gameplay really pushes you to alter the way you’d normally approach such a game, and really focus on details and ideas as they’re occurring. There are relationship meters to keep in mind, several time limits and essentially mini games to be mindful of in order to achieve certain pathways, and, as always, the game continues to evolve around you, reshaping itself based off of your last decision and carving new pathways as to where you’ll ultimately end up. There’s no right or wrong way to play Uncanny Valley: you can seriously end the game in under ten minutes if you make the right call. And making the choice to keep attempting new approaches, new choices, new sequences to see what could happen does make it worthwhile.

Overall, if there were some minor graphical improvements to better suit the mobile experience, I think I’d be able to rank Uncanny Valley much higher. The “horror” element of the game can wear off after a single play through, but there’s still a lot of intrigue, interest and downright sinister calculation in figuring out the when, where and how to do some things. Don’t be fooled by the design: this can truly be a game that will suck down multiple hours of time and effort. Also, be ready: things get weird, fast.

Don’t be fooled by the design: this can truly be a game that will suck down multiple hours of time and effort. Also, be ready: things get weird, fast.