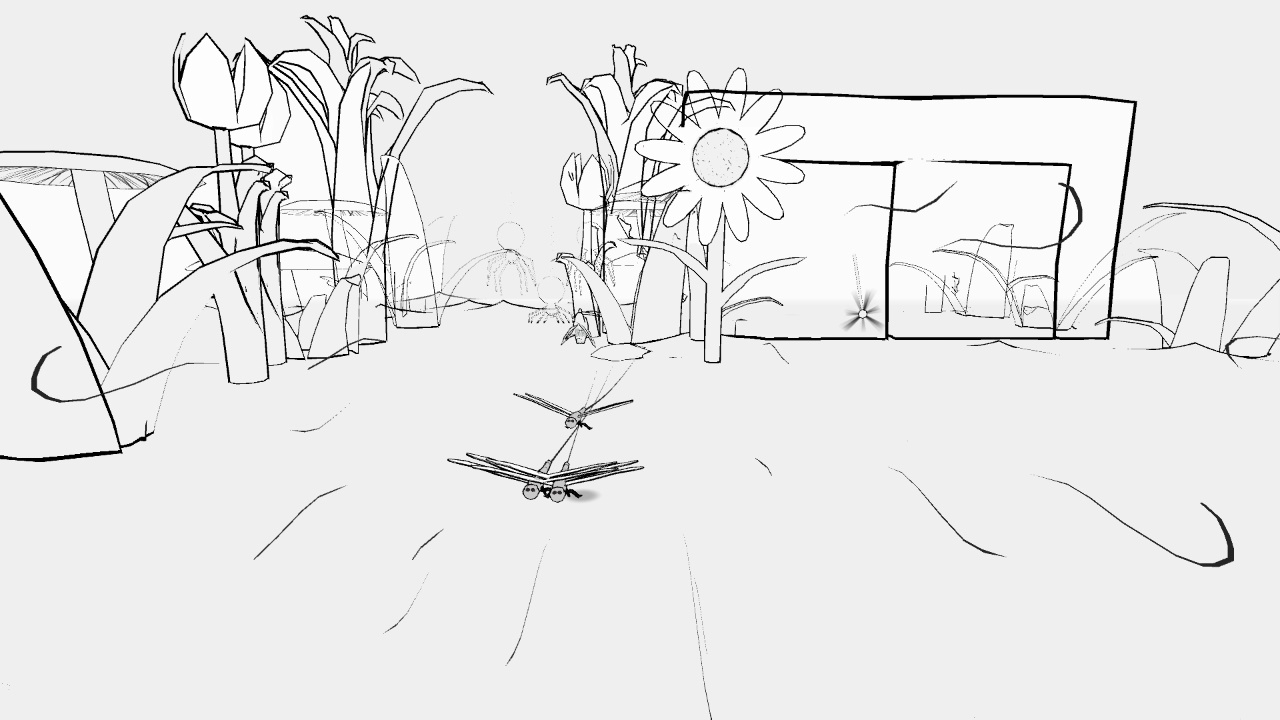 Easy platinum trophy producing Ratalaika Games return with Bird Game+. Not sure what the title of the game is meant to represent because there is a bird in this game, if it’s just describing what it is then it’s ticked that box. This time around though, the minimalist graphics on show certainly from a first impressions points of view makes Bird Game+ stand out.

It’s hard to describe what kind of genre Bird Game+ belongs to, it’s a sort of on the rails perspective but there’s no shooting involved. If you’ve played Race the Sun then you may have a better idea what Bird Game+ is about.  You play a bird who flies through the scenery as it approaches you. You need to manoeuvre through the environment as various insects/animals fly past you and plants appear on-screen. You have a life force which diminishes each time one of these animals/obstacles hits you, so you need to keep you wits about you. You are also able to pick up fish and other items that help replenish your life and make you fly faster. Rings are present throughout the environment that when flown through increase how fast you can fly. 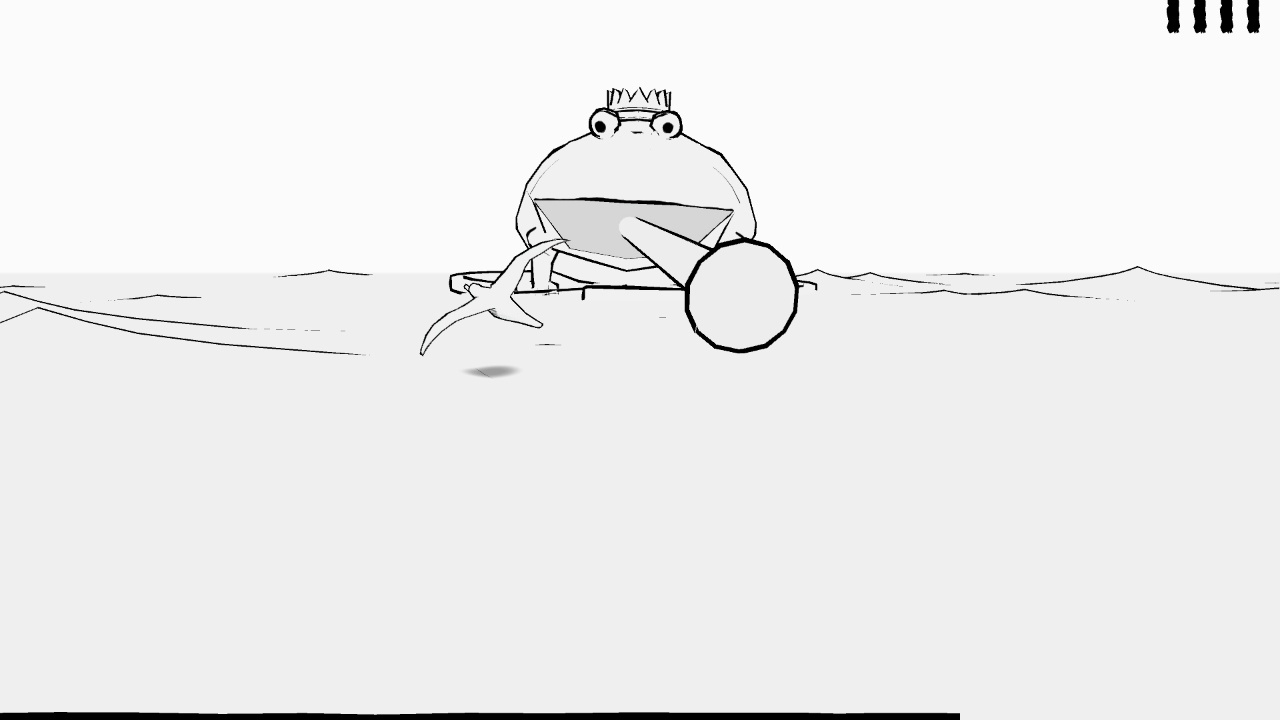 There is a timer in the corner of the screen that keeps tabs on how long the level takes you. If you die, you just restart from the last checkpoint. When you reach the end of a level you have to deal with the end of level boss, without an arsenal to speak of at the beginning, you just have to let the boss beat itself really. There are occasions where you need to pull on a string to open a door, if you miss the string then you hit the door and die. Your bird can also roll quickly to the side which is useful if you are struggling to get through certain parts.

Navigating through the levels can be a tad annoying because the lack of colour and texture makes it hard to see how close plants and insects are near you as you fly through. Maybe that is the point of Bird Game+, that’s maybe where the difficulty is meant to be, it’s just more frustrating that challenging to be clipped by something you thought you had already passed. The most difficult parts of Bird Game+ are when you need to fly past rolling logs, there are a couple of instances where you need to have an almost perfect run not to get crushed by them. 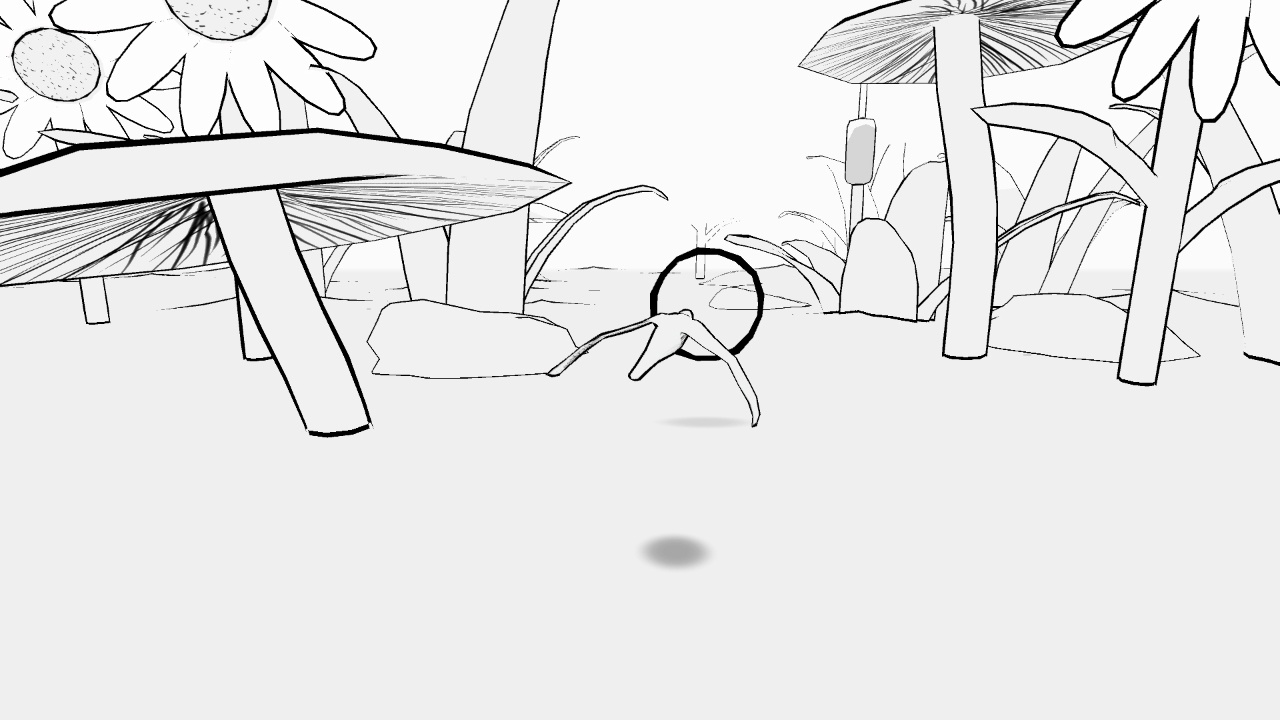 Bird Game+ doesn’t seem to want you to veer to close to the sides, if you try then it appears to force you back into the centre. There are points in Bird Game+ where it isn’t clear where you need to fly. One instance I found myself flying into a log which was effectively a dead-end, it wasn’t until I surveyed what was in front of me after respawning did I realise there was another route to proceed. Graphically Bird Game+ does intrigue at the beginning as you fly through this black and white drawn landscape. Unfortunately the repetitive drawings take away that initial impression which is a shame, it just lacks a little creativity. The main story is 3 levels long whilst there is also an endless mode where you fly until you die.

Bird Game+ initially starts off as an interesting concept, the endless railing idea is something you don’t see a great deal of. However, to the detriment of Bird Game+, this mechanic is too repetitive in its design. It’s almost like Bird Game+ is stuck between being a slow relaxing trip through a garden or an arcade focused title. If you fancy trying out something a little different then Bird Game+ is worth a short amount of your time.

Bird Game+ initially starts off as an interesting concept, the endless railing idea is something you don’t see a great deal. However to the detriment of Bird Game+ this mechanic is too repetitive in its design.