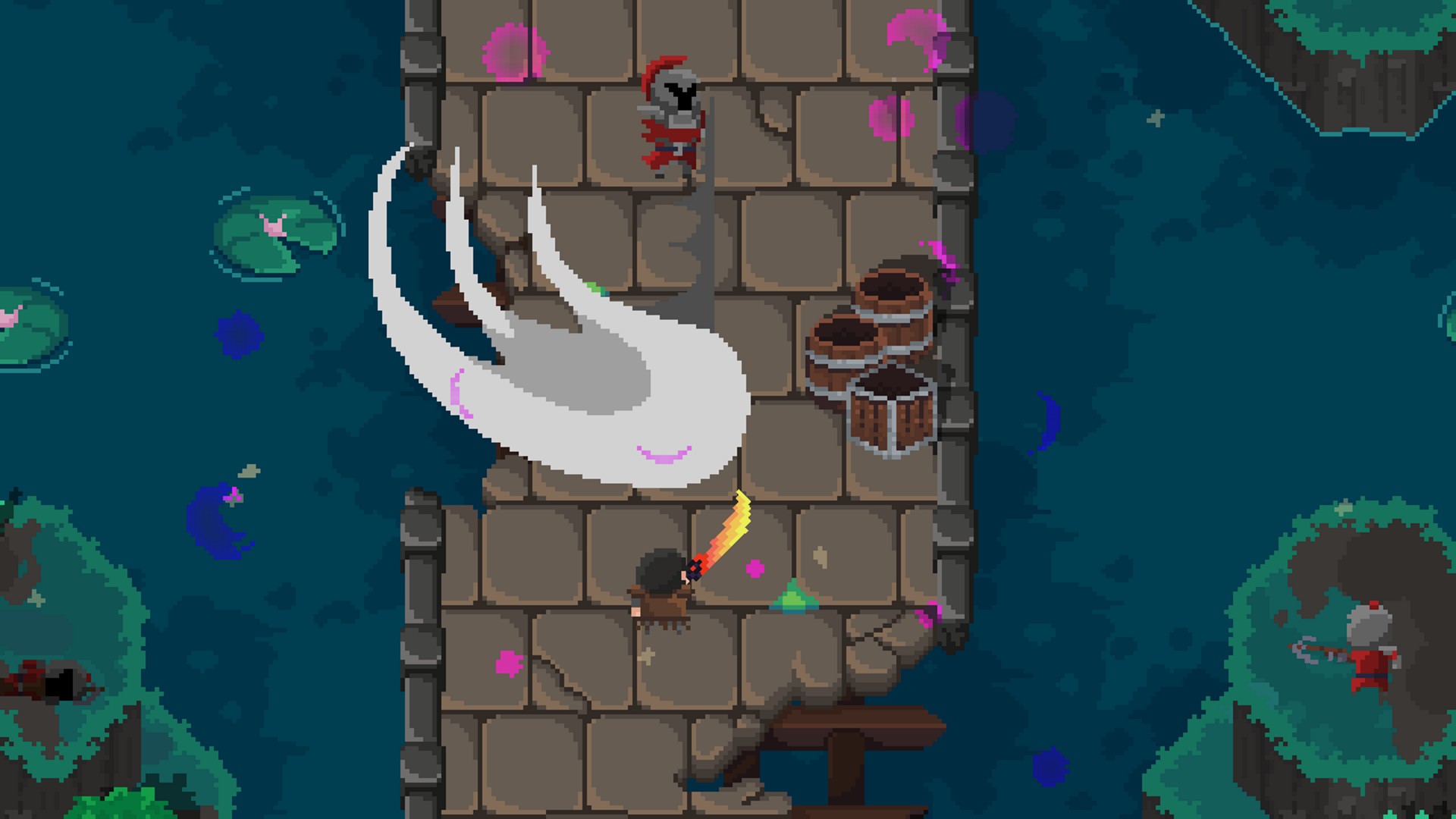 Five minutes into The Ambassador: Fractured Timelines, I was sure that I would not like it and settled myself in for a fairly miserable time while I worked on this review. About ten minutes later, I turned around to find myself enjoying every minute.

The Ambassador: Fractured Timelines is a twin-stick shooter in which players are tasked with eliminating all enemies in a series of short levels before taking on the boss of that region. Each region has its own environments, enemy types, and unique mechanics, and players are free to switch between them as they wish, with the primary goal being defeating all five bosses. To do this, the player character, Gregor, is equipped with a primary weapon that acts as a sort of boomerang, a magic weapon that consumes mana with each use, and the ability to freeze time in a localised bubble around himself for a few seconds.

The first thing that most players are going to notice on picking up The Ambassador: Fractured Timelines for the first time is that the gameplay is, on the surface, exceedingly simple. Most enemies will die in a single hit, while Gregor can withstand up to three or four, depending on his armour (assuming that he doesn’t eat food to heal), and with only two possible attacks on offer, there are limited ways of defending yourself.

Once you get through the first few levels, however, that initial simplicity becomes a vital necessity as the complexity of the levels themselves ramps up. Melee enemies can swarm you, while long-ranged opponents like archers or mages can whittle away your very limited health from a distance. Learning to use the slow time mechanic to dart in and out of hordes of enemies, all the while dodging their attacks, can feel extremely empowering once you start to master it. And you will need to master it – later on in the game some levels become so full of screen noise as ten different enemies are all trying to attack you at once that balancing the need to move out the way of incoming damage while dealing out blows of your own evolves into something far more complicated than your initial impression might imply. 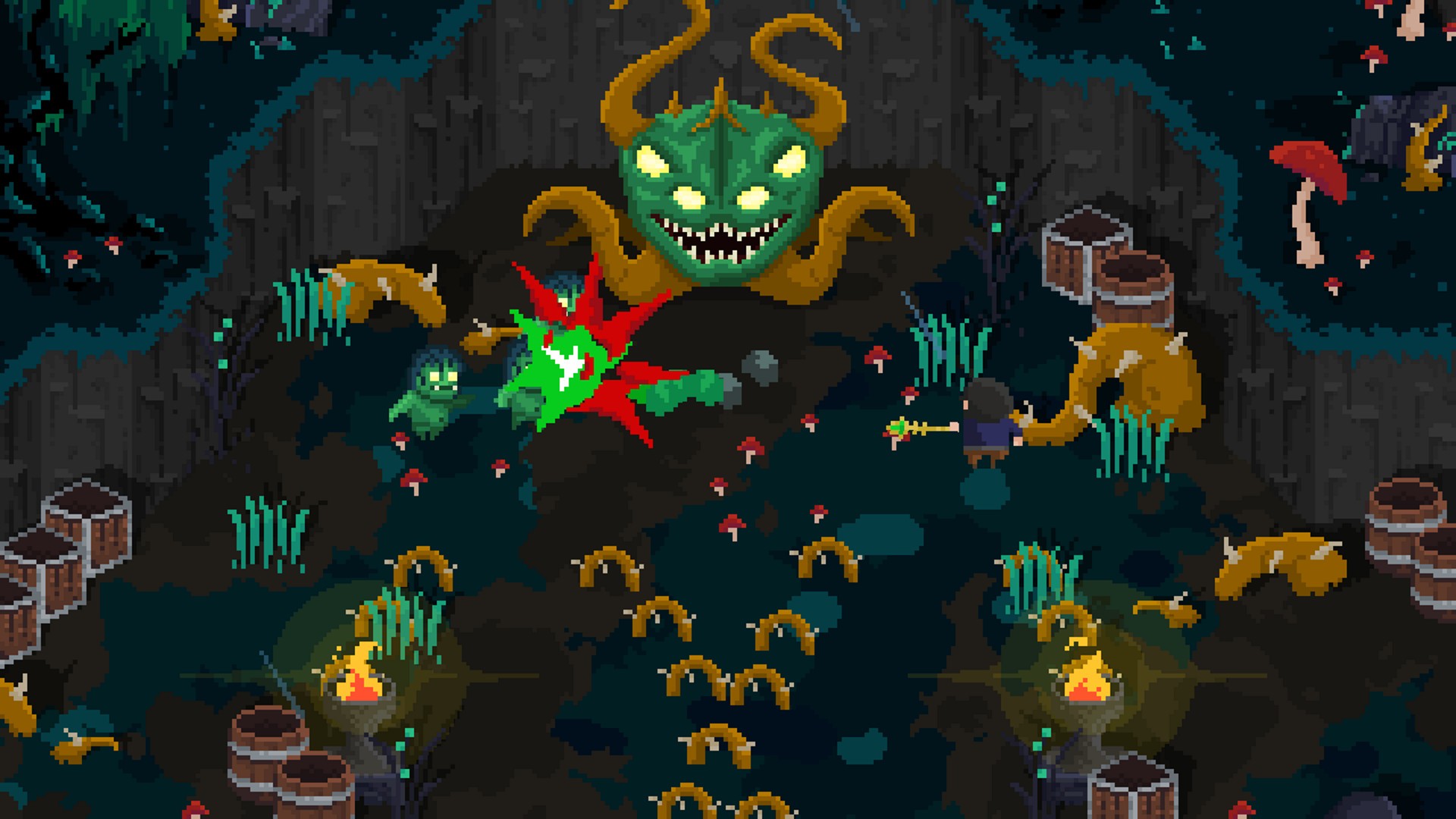 On normal difficulty, when you die, the enemies you’ve killed are respawned, and you are sent back to the start of the level to try again. Repeatedly dying and having to start the level over can at times feel frustrating, but each stage is so short that players are unlikely to get stuck for long and overcoming the battles where they’ve struggled can cause a feeling of genuine accomplishment. The developers have also taken care that the process of respawning isn’t weighed down by lengthy load times; once you die, you almost instantly respawn at the start of the level and can try again immediately. With such a quick turnaround, it can be very easy to fall into the cycle of ‘I’ll just give it one more go,’ until you do manage to get through it.

The Ambassador: Fractured Timelines has a story – someone has destroyed the Ambassadors’ home city and you are trying to track down the person responsible – but it takes a firm backseat to the action. There is only minimal dialogue, and if you’re interested in knowing more about the different factions you’re fighting, you must track down and read the handful of lore book collectibles scattered throughout the world. It’s clear that quite a lot of work has gone into the world building so even though it isn’t the focus, there is still something to get invested in while you play. On the other hand, if you’re not interested in the story, it definitely won’t hold you back.

Setting aside gameplay itself, The Ambassador: Fractured Timelines looks and sounds brilliant. The art style is charmingly retro, and the environments and factions you encounter all have their own unique designs that ensure the visual style doesn’t grow stale. Similarly, the music has been designed to be evocative of old 8-Bit games while still incorporating the improved capacity of modern technology to create a soundtrack that is perfectly fitting for the overall feel of the game. The fast, energetic music that is used during the game’s boss battles is particularly well put together, which is fortunate as players are likely going to hear it repeatedly as they take multiple runs at the fight.

While this game has a huge amount to recommend it, however, there are of course areas that could be improved. As I said at the start of this review, when I first tried it out, I was initially really turned off by the combination of the relatively unfamiliar twin-stick approach with the game’s need for tremendous precision. The settings menu offers you the help of a sort of lock-on system, but I didn’t actually find this made things any easier. Extending the tutorial swamp area by a few levels might make it easier for new players to settle into the controls before they have to face off against a boss. 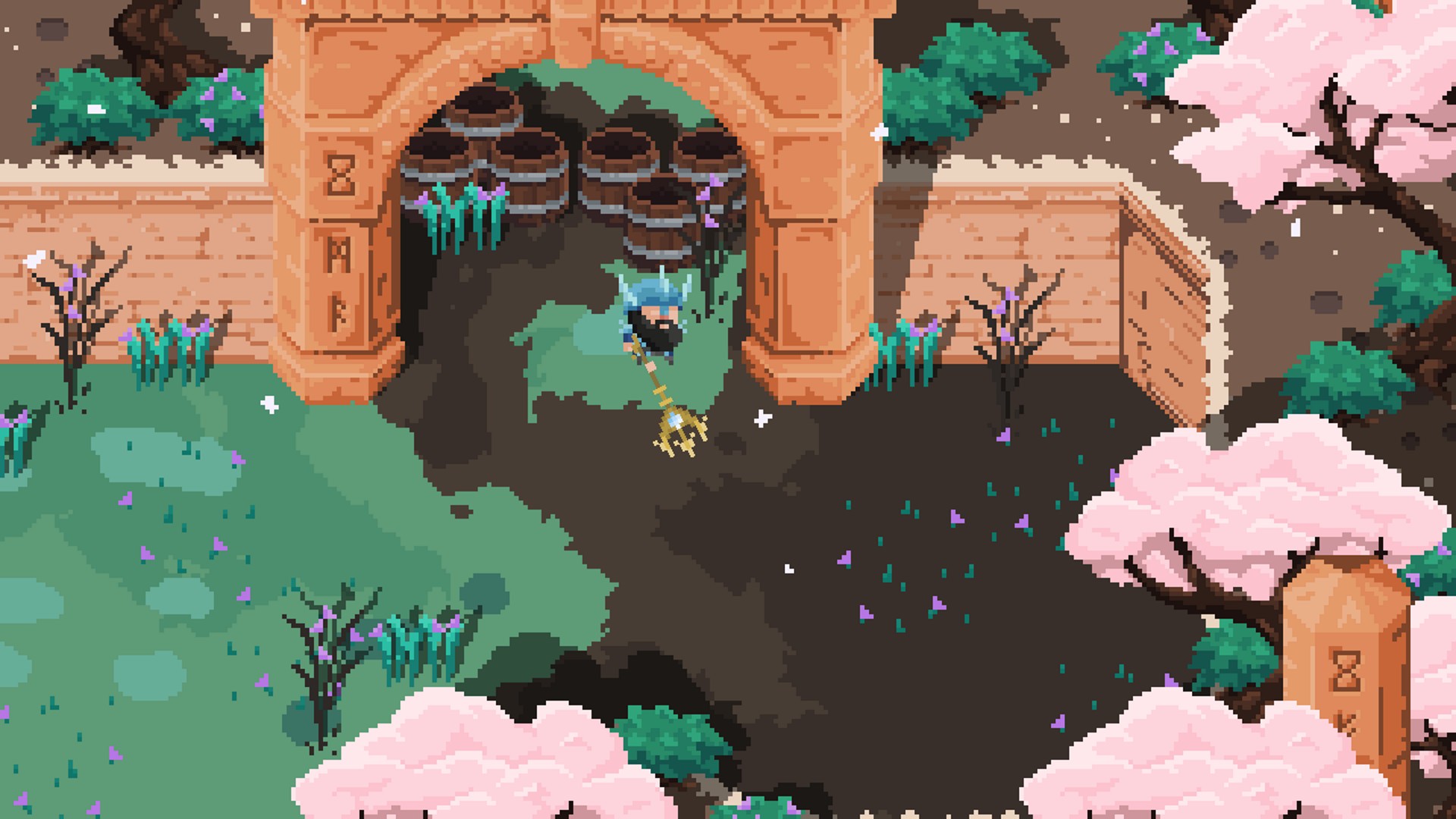 Worse than this however is that once you’ve started a campaign, it’s not possible to change the difficulty you selected at the start. If you’re playing the game on normal difficulty and you hit a wall, you aren’t given the option of dropping the difficulty down so that you can continue playing that campaign; instead you must start a new game altogether on easy mode.

This is particularly irritating once you reach the final boss. All the boss battles are a substantial step up in difficulty over the levels leading up to them, but the final confrontation is a tremendous challenge, tasking you with essentially completing five boss fights in a row and if you die at any point, you’re right back to the beginning. This is, in theory, a perfectly fine ending to a game as it requires the player to bring all the knowledge and abilities they’ve collected over their playthrough to bear on the main antagonist, but its intense difficulty can also mean that a lot of players will get to this point and then stop playing without completing the story.

That’s a real shame, because there is a lot to enjoy in this game and by the way it’s currently set up, I can imagine other players feeling like I did when I first picked up my controller and giving up on it before it has a chance to win them over. If you like fast-paced, frenetic fights or if you just want to reminisce about the olden days of retro gaming, The Ambassador: Fractured Timelines is definitely worth a few hours of your time.

A  fast-paced, retro twin-stick shooter that presents a substantial, but rewarding, challenge